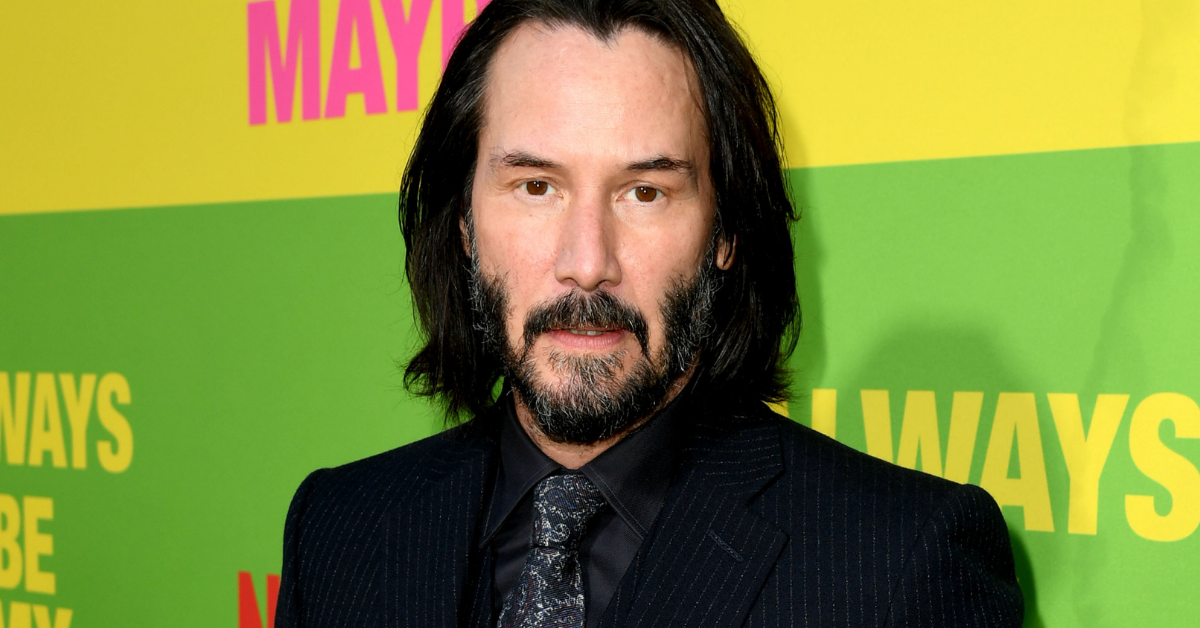 Server Shares What It Was Like To Wait On Keanu Reeves

Keanu Reeves is one of the greatest Hollywood actors of all time. It's a fact. It's a statement. It's just the TRUTH! Unlike many other celebs we know, Keanu constantly gets rave reviews from fans who run into him on the street, or in this case, serve him in a swanky Los Angeles restaurant.

Now, a server is spilling all the secrets about waiting on Hollywood's biggest stars in a series of TikTok videos.

If you've ever worked in the service industry, you know how horrible people can be to the waitstaff.

When it comes to working in the FOOD service industry, however, that is its own circle of hell.

And if you don't know what I'm talking about, please consider yourself very, very lucky.

Of course, there are the customers who are amazing and make the job worth it.

As it turns out, one of those lovely customers is KEANU REEVES!

I'd be willing to put up with LOTS of terrible customers if it meant I could be a server to the rich and famous in Los Angeles! We're talking CALIFORNIA BABY! HOLLYWOOD!

Recently, there's been a trend among celebrities to leave BIG TIPS at restaurants amid the pandemic. 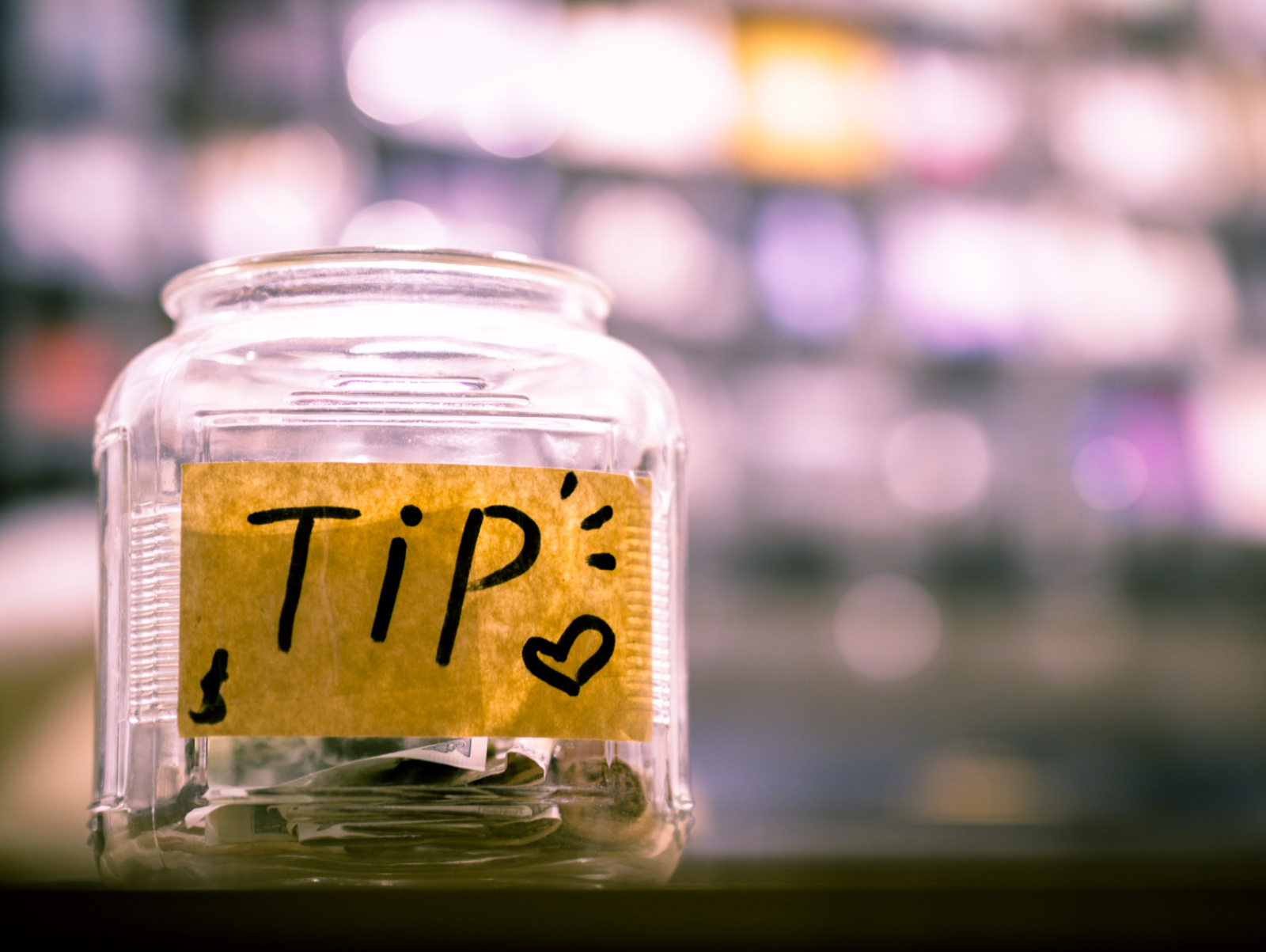 There's no denying the service industry has been one of the hardest-hit during these unprecedented times. 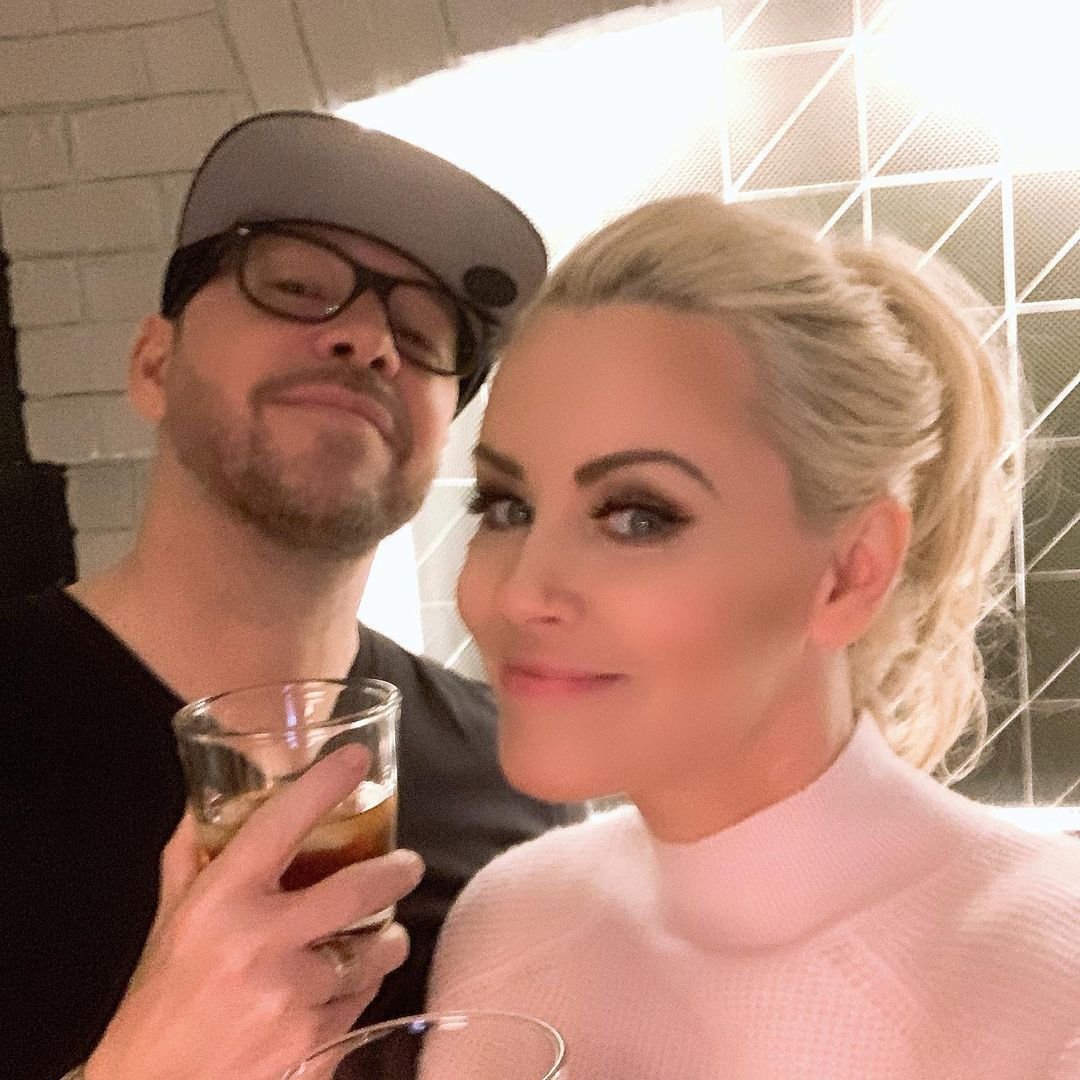 The challenge called upon his famous friends to leave $2,020 tips to the waitstaff at their favorite restaurants!

Most recently, Donnie left the generous tip on a $35 bill after dining at Marshland Restaurant in Plymouth, Massachusetts.

I know, right?! What an amazing gesture!

The restaurant posted a picture of the receipt with the caption, "A very special thank you to our friend @donniewahlberg! When asked about it all he said was 'who’s up next?!'"

"I found out that my TV Dad #TomSelleck has generously accepted the #2020TipChallenge at Elios Upper East Side! Love ya dad," Donnie tweeted.

Tom included a handwritten note to go along with his amazing tip. 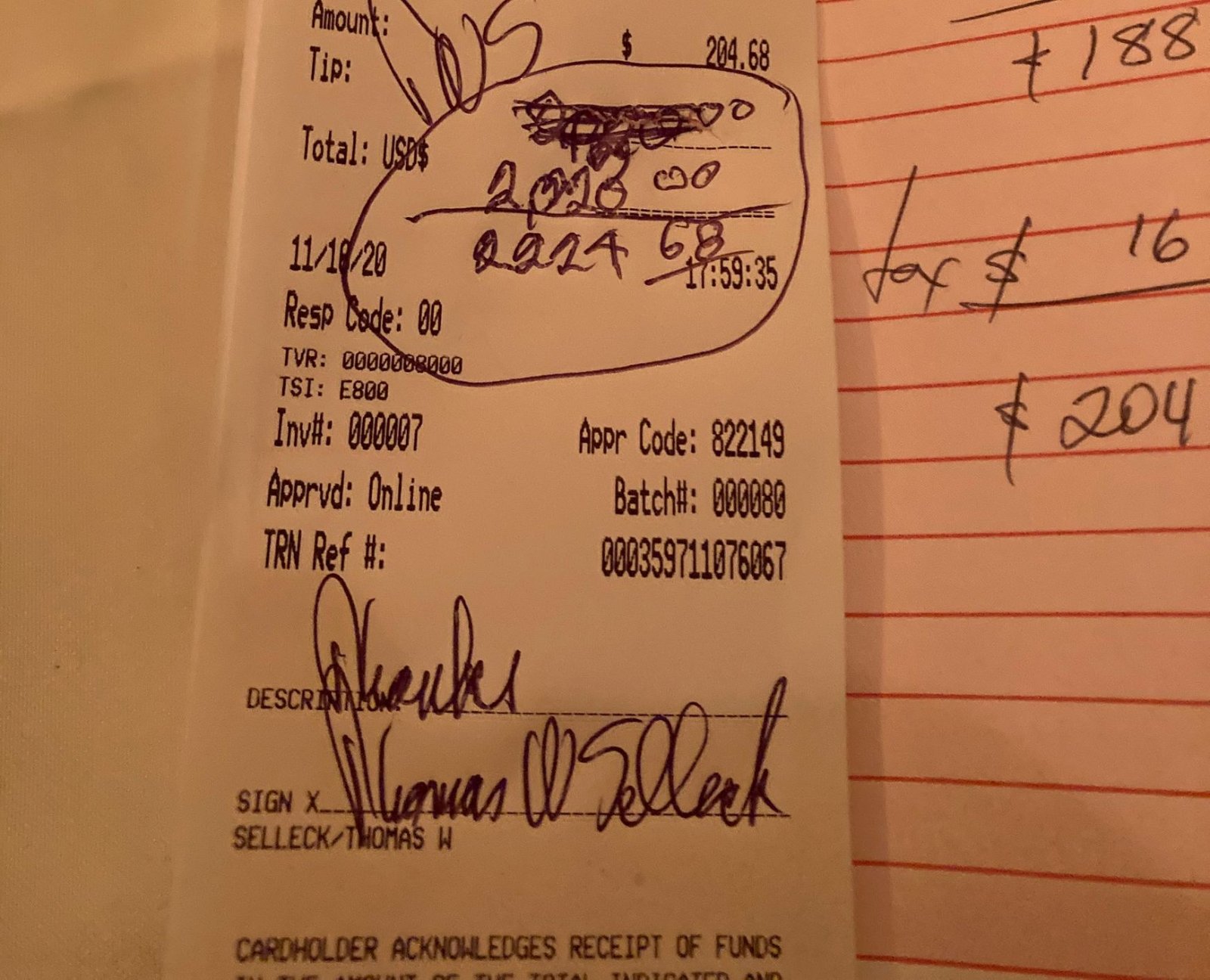 "For Elios, I am honoring my friend Donnie Wahlberg's 'Tip Challenge' with my sincere hope for a better 2020. Thank you all," Tom wrote.

According to People, the 54-year-old not only paid for everyone's meals, but left a generous tip as well!

"It was a full restaurant, there were a lot of people. I added it up and he paid," general manager Stephen Vitale told CBS Affiliate WCSC-TV of the experience.

"It caused a lot of excitement," he added. "We know him because he does come in quite often and we consider him a regular."

Now, fans are getting another feel-good-celebrity-at-a-restaurant story and I, for one, couldn't be more thrilled!

TikTok user @theanniebond has gone viral for revealing which famous people she has served in L.A. and how they're treated her. Her latest video reveals that Keanu Reeves (aka everyone's boyfriend) was just as lovely and sweet to servers as you'd hope.

She explained Keanu came in for lunch with a bunch of "industry stiffs."

He then proceeded to order a dozen oysters for himself "like it's a casual thing to do." 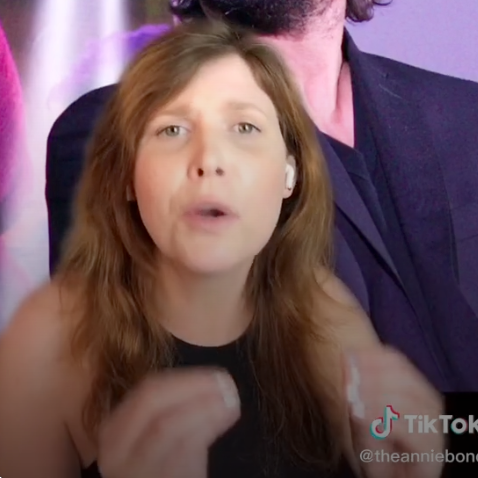 She went on to say he was "so polite" and "so humble" and left a generous tip while picking up the table's bill.

WOW, just when I thought I couldn't love him MORE!

She concludes the story by saying, "100% would die for Keanu Reeves."

I'm so glad this story went well and didn't reveal that Keanu was secretly a jerk to servers!