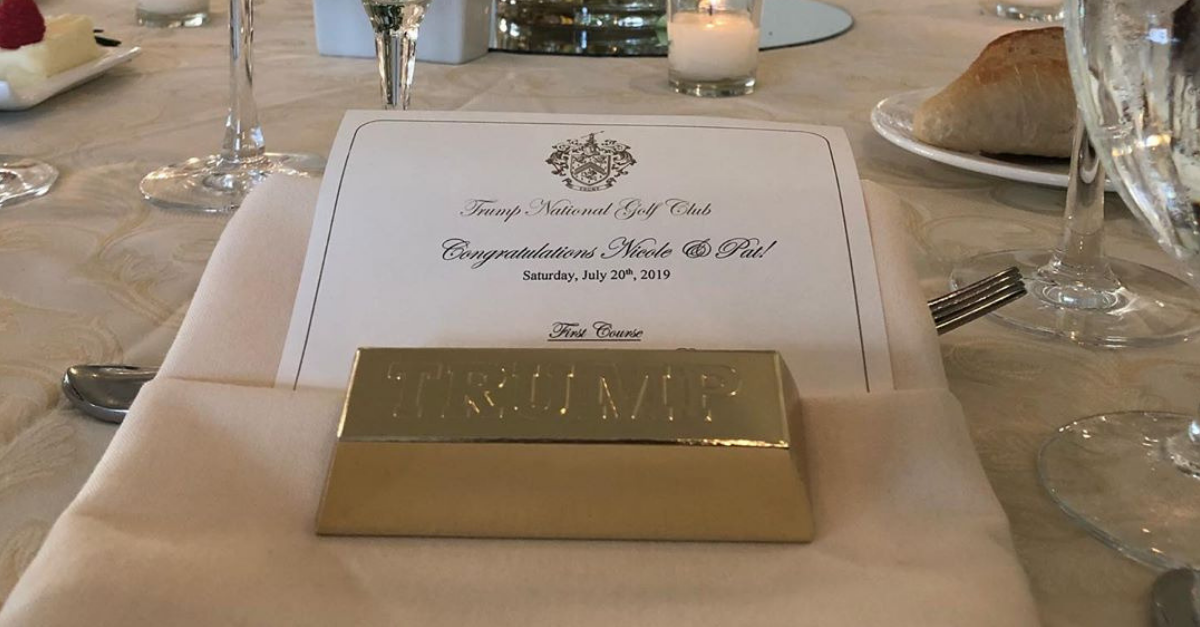 Some people matter so much to their followings that they can become the inspiration for entire celebrations. But while certain cult followings might be inclined to throw parties in honor of Bill Murray or The Big Lebowski, they generally wouldn't expect Murray himself or Jeff Bridges to necessarily show up to either of them.

Not only is that because Bill Murray seems dedicated to doing the last thing anyone would expect, but because he and Bridges are men with very busy lives.

And indeed, it's hard to think of someone with more to do in a given day than the President of the United States. And yet, fortune just happened to hold that one couple would see their wedding's inspiration unexpectedly stop by.

Nicole Perosi and PJ Mongelli of Staten Island, New York definitely seemed to have their hearts set on their wedding venue. 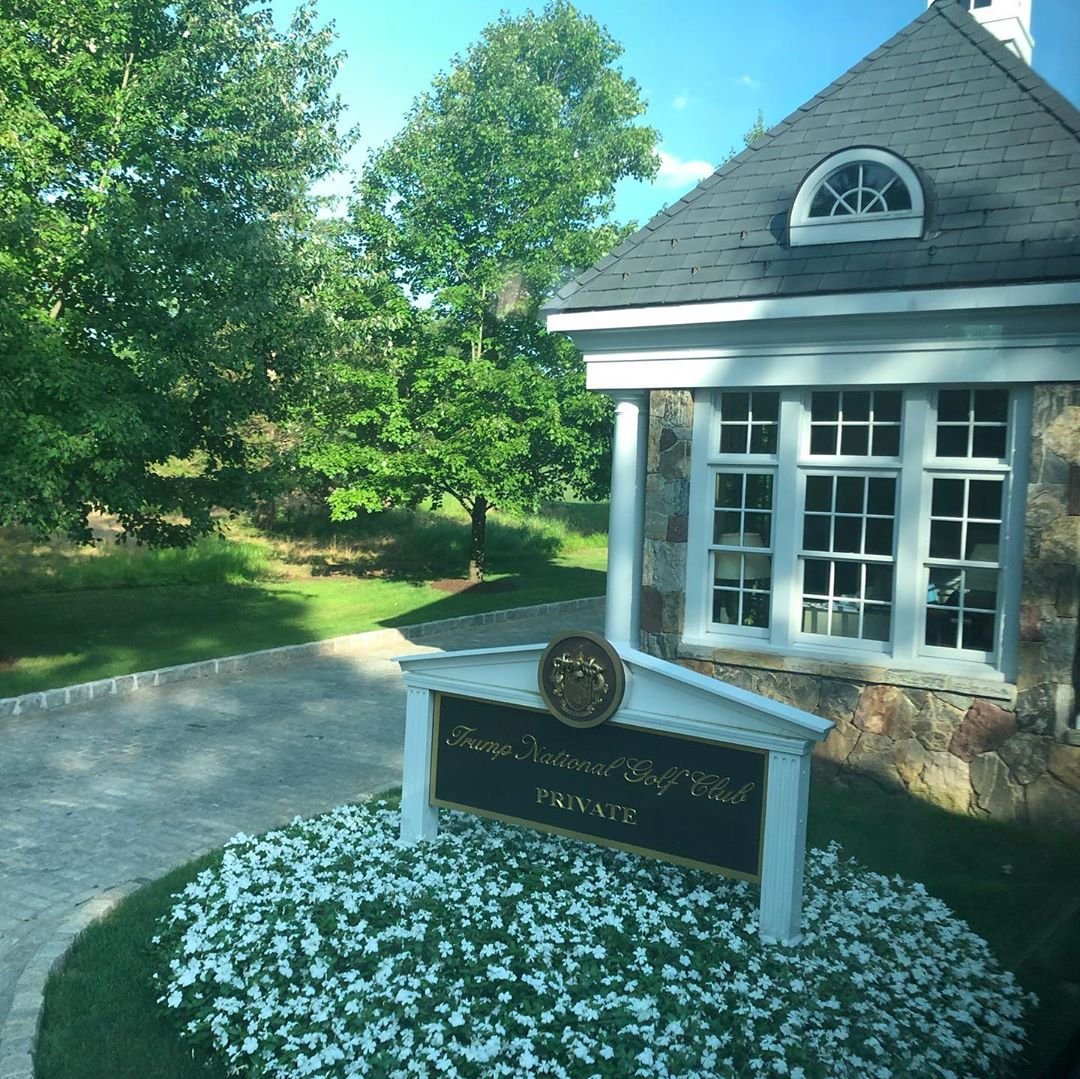 And it wasn't the location or the look of the venue that attracted them there. 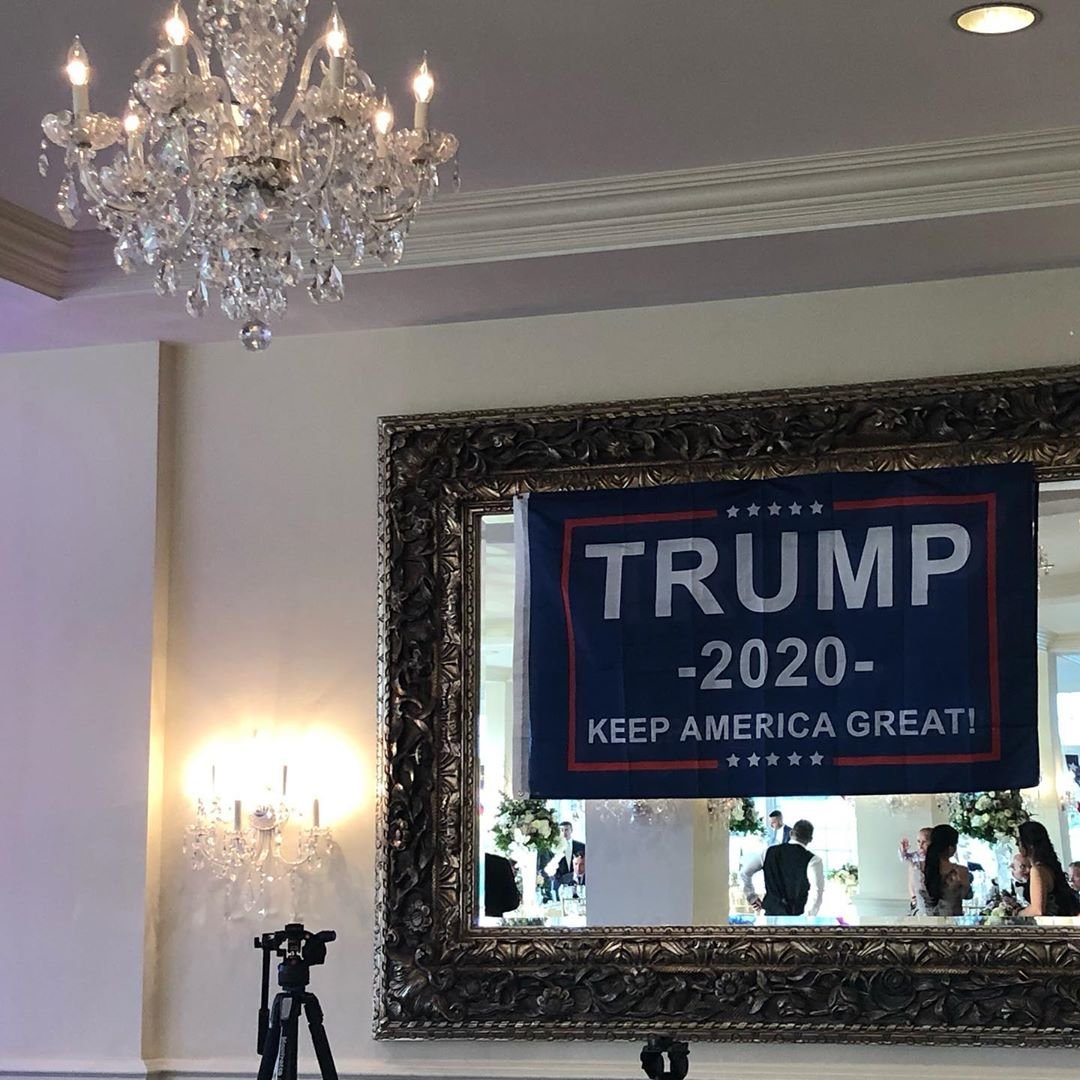 Indeed, the fact that President Donald Trump owns this property was the defining reason why Perosi and Mongelli chose the venue for their wedding and neither of them make any secret of the fact that they are supporters of his.

The couple had entered their engagement here back in 2017 and planned a MAGA-themed wedding. 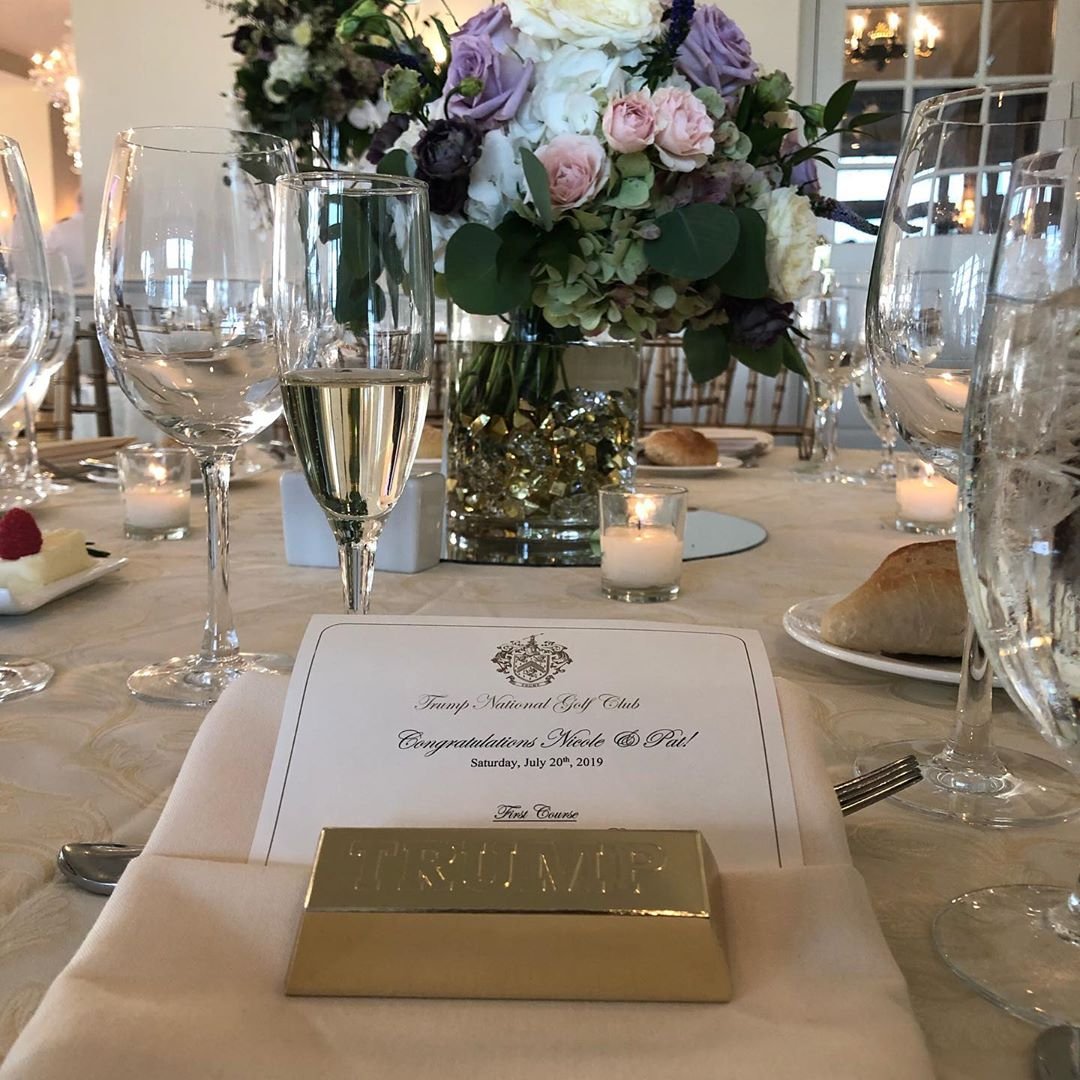 As Fox News reported, the couple also sent the president several invitations and hoped that he'd be able to make it.

In all, the couple had arranged for 230 guests to attend the wedding. 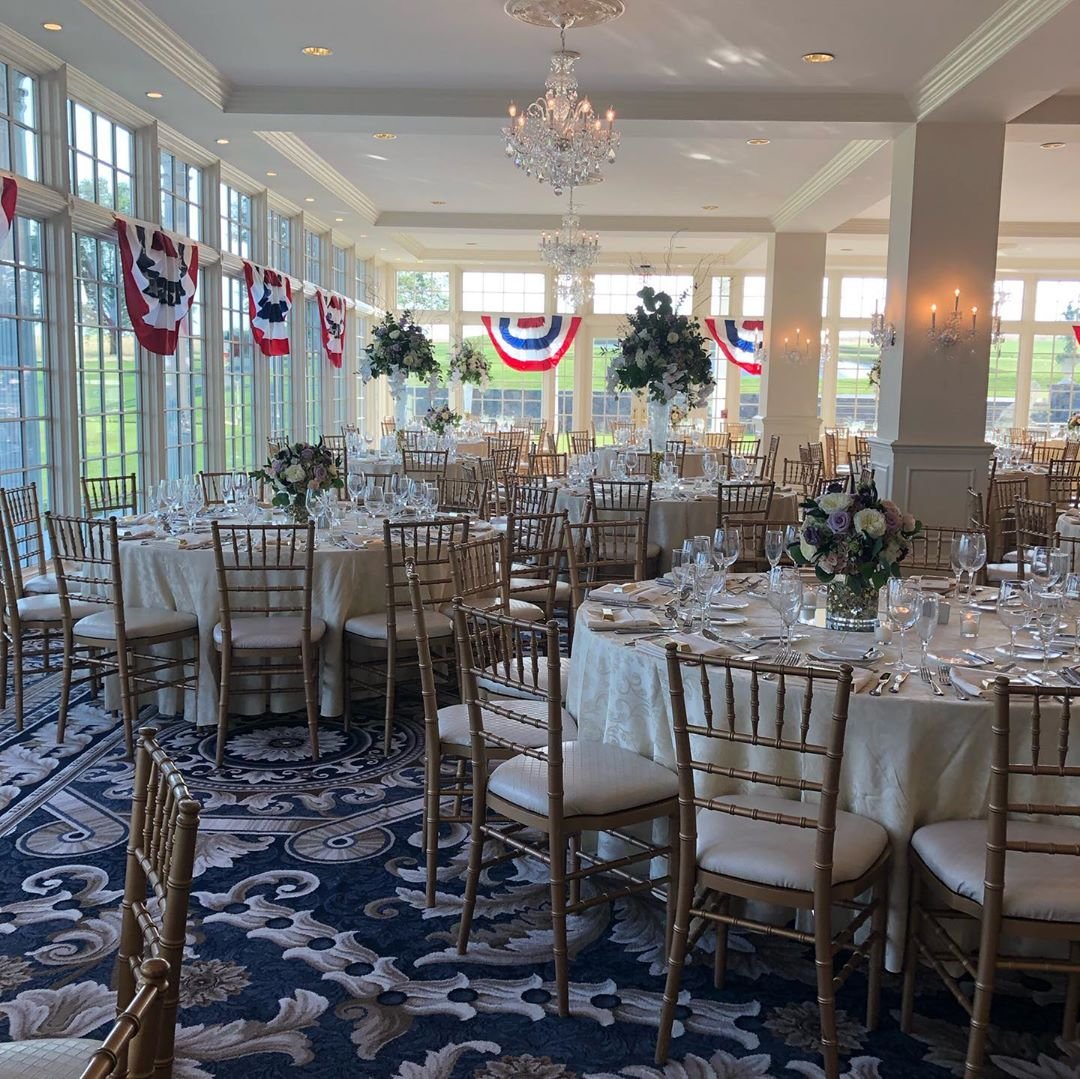 At the same time, Trump and his family happened to be staying at the golf club over the weekend. As the wedding was on Saturday, it seemed the couple would have their chance to meet him.

And in the moments before the reception kicked off, this was exactly what happened. 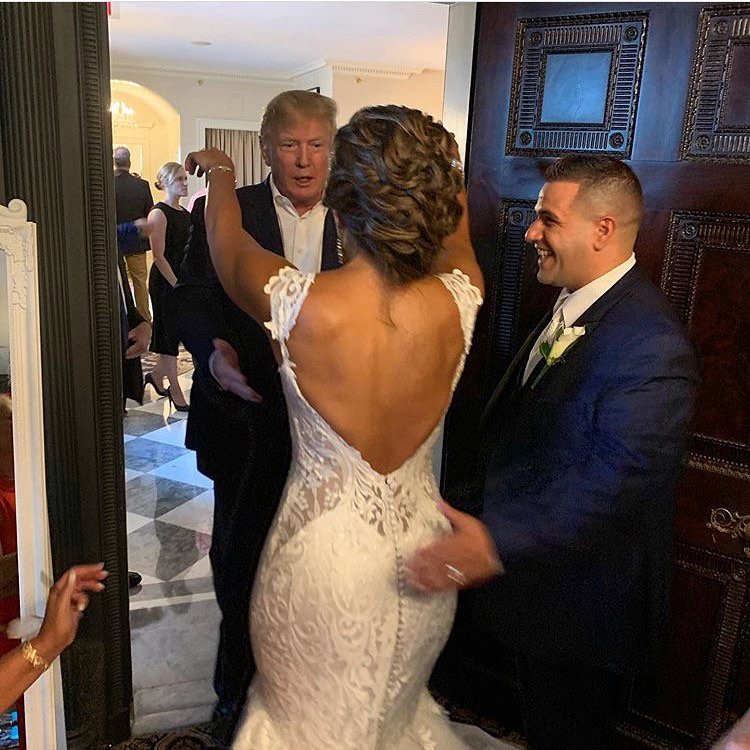 Although Perosi had previously met Trump at a Staten Island event, this time he was here explicitly to join in the celebration of their wedding.

The couple's family were excited to meet him and told him, "You have all supporters here. You're a class act that you came here." 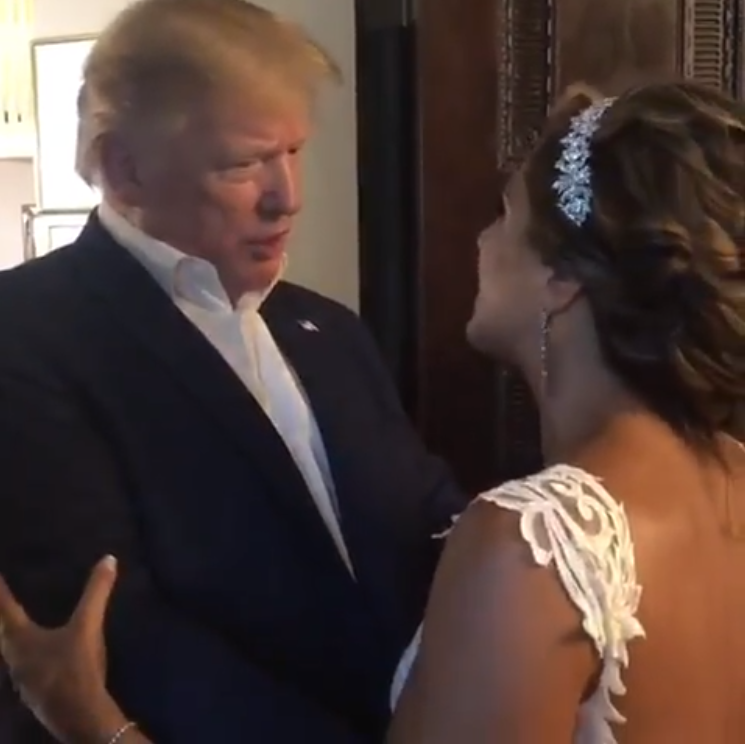 The groom also requested that the president make an appearance at the reception, if only for a couple of minutes, as they were prepared to give him a special welcome.

Later that evening, he did as requested and embraced the bride for the second time that day.

As cameras captured him standing with the couple, the crowd began cheering before breaking into a "USA" chant.

You can see Trump's appearance at the reception here.