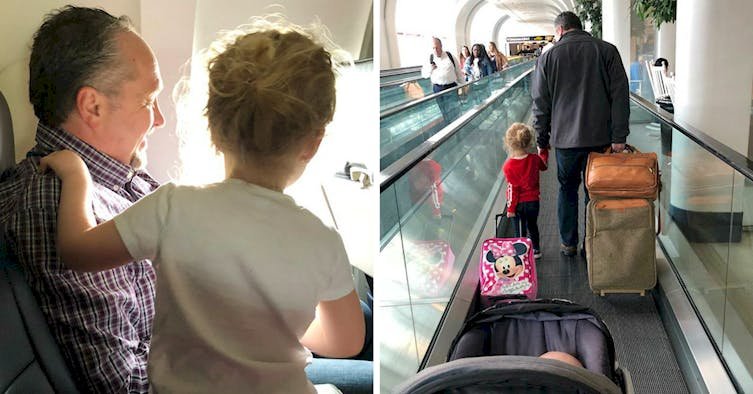 When you have kids, flying gets a whole lot more complicated.

When they're young kids and you're juggling the two by yourself and they start screaming on the plane? Well, it's basically a frantic mix of soothing and wishing you could disintegrate into the floor as annoyed passengers give you dirty looks.

This mom, however, found a whole lot of help in a stranger when her young kids started acting up.

Jessica Rudeen was boarding a plane with her baby and her toddler when they both started screaming. 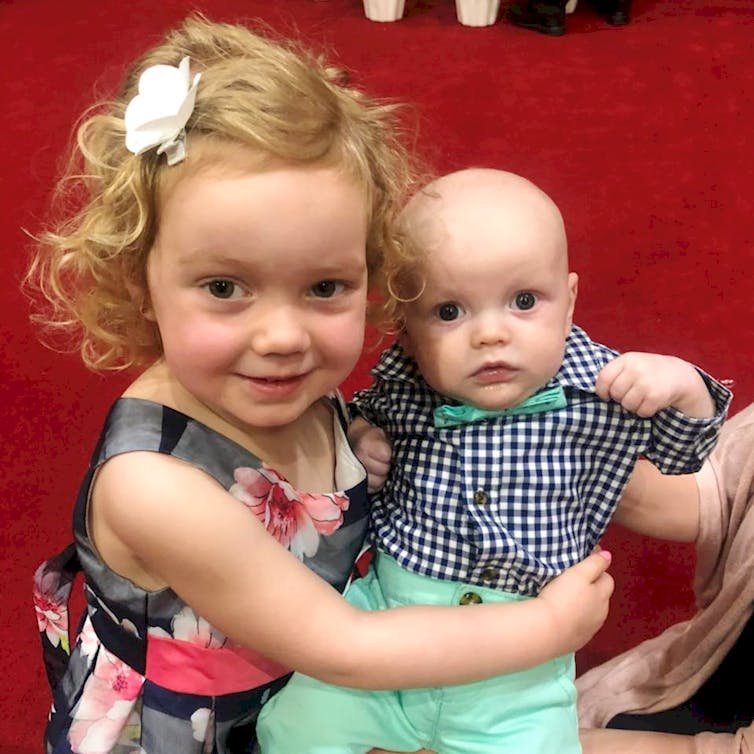 Because of "a series of unexpected events," Jessica wasn't able to nurse her four-month-old before they got on the plane, so he was screaming for milk. Meanwhile, her three-year-old, who had been excited to fly, suddenly changed her mind and started kicking and screaming to be let off the airplane.

Jessica says, "I honestly thought we’d get kicked off the plane."

She was lucky a man named Todd was sitting nearby. 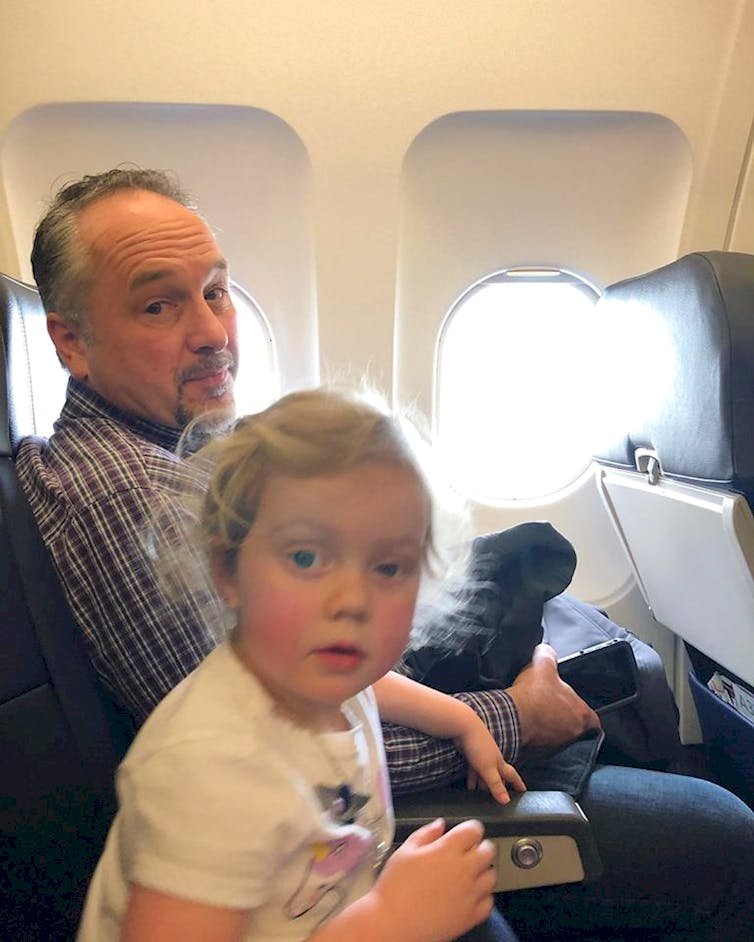 Todd offered to hold the four-month-old while Jessica got her toddler, Caroline, buckled in with a movie for her on a tablet. He even distracted Caroline so that Jessica could feed the baby.

By the time their plane started taxiing, the screams were completely over. Todd, though, kept being a hero for the mom.

Todd was a total champ, coloring with the best of them. 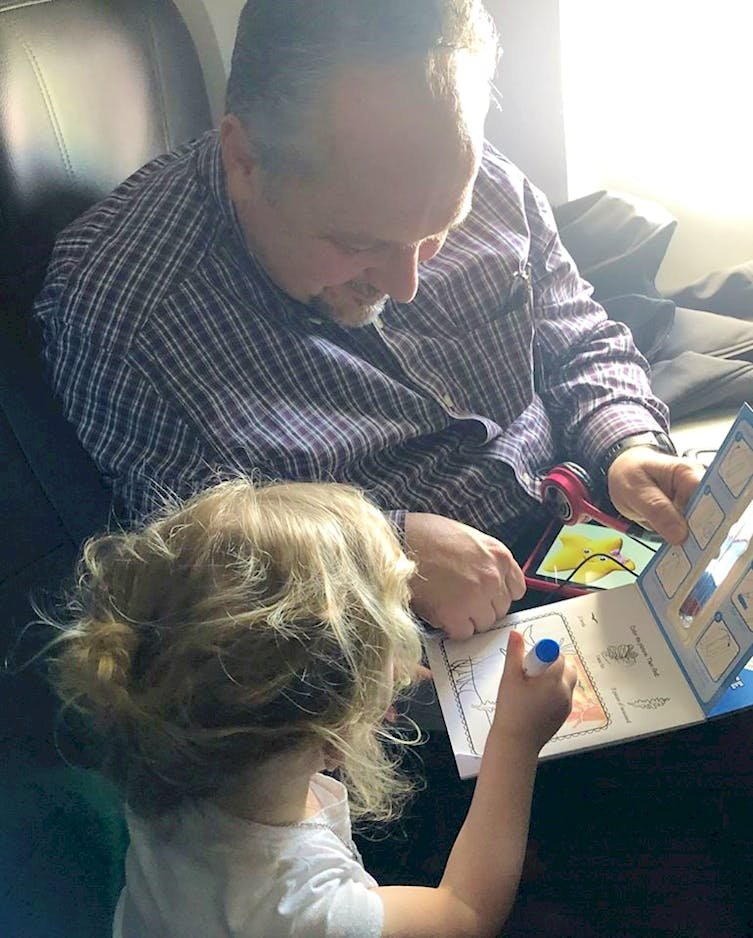 He also watched Caroline's movie with her and chatted with her during the flight, showing her what was out his window and generally keeping her busy for Jessica.

Jessica says that Todd was Caroline's best friend by the time they landed. 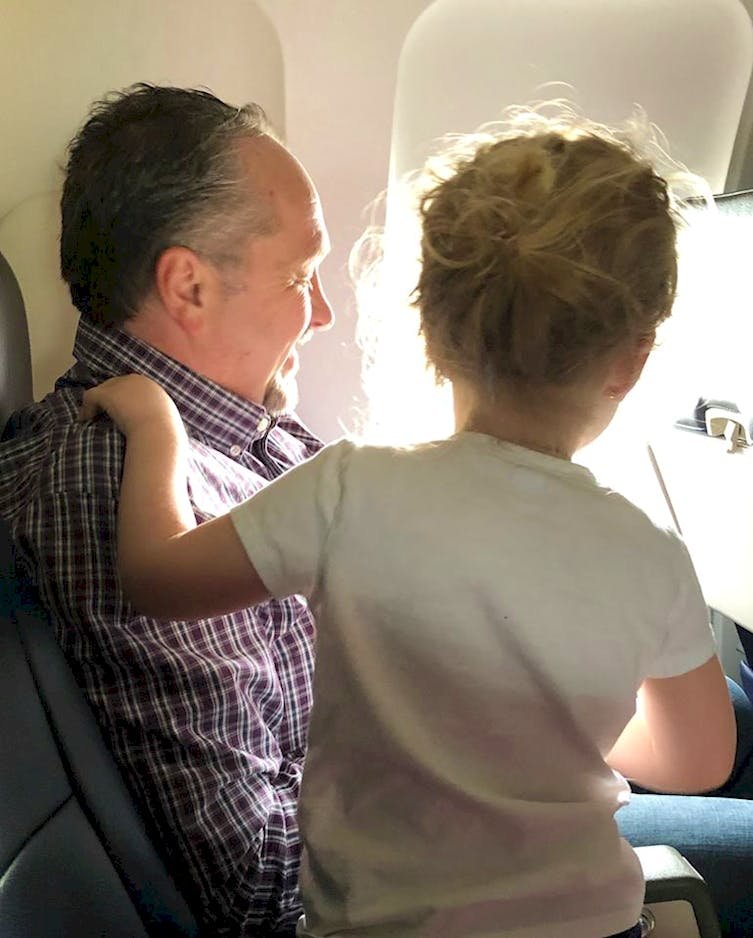 "I’m not sure if he caught the kiss she landed on his shoulder while they were looking out the window."

However, the friendship didn't end there. 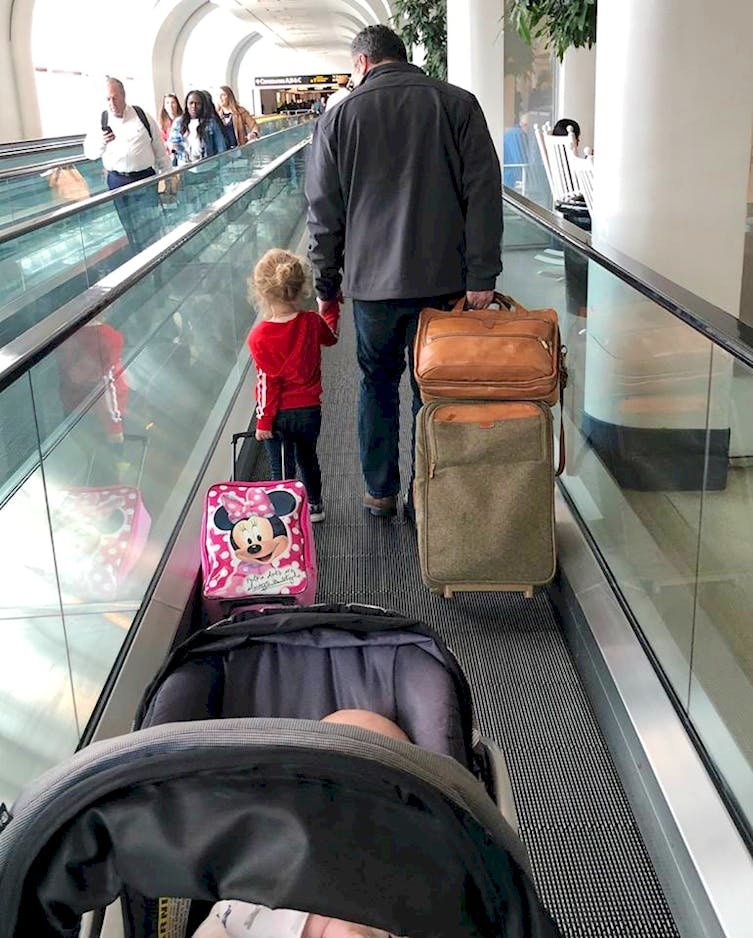 It turned out that Todd and Jessica had the same connecting flight, and little Caroline held his hand on the way to their next gate.

On the next plane, he even switched seats so that he could be near the family again and help Jessica out. Jessica was blown away, but for Todd, he was just paying it forward.

Todd knew his wife had been through a similar flight when his own sons were young. 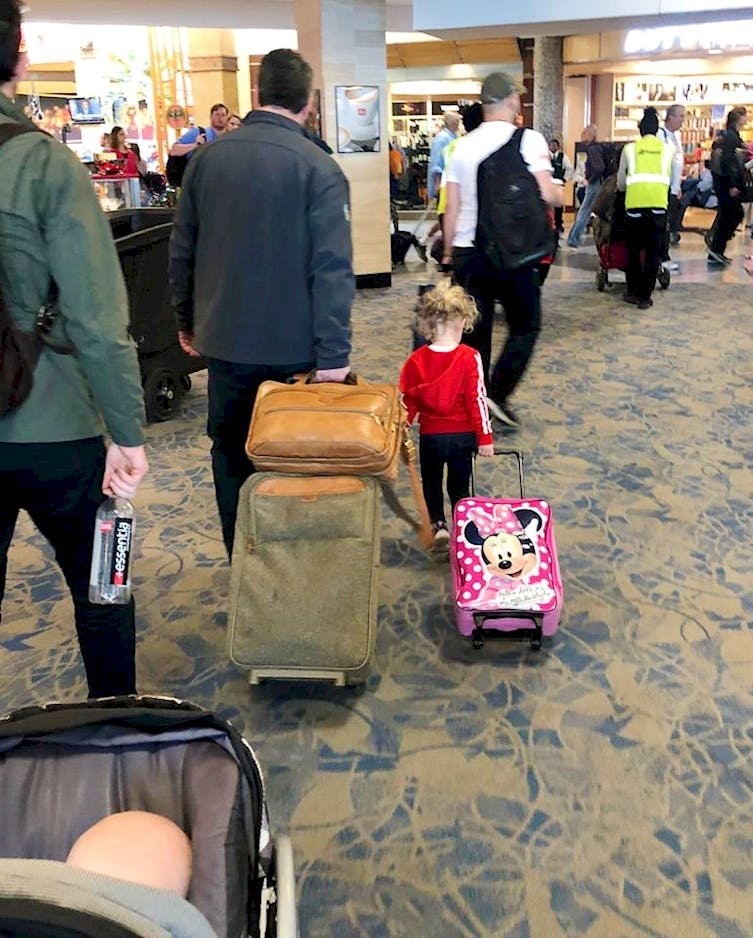 Todd said that his wife had also been alone with two kids on a flight, and a stranger had helped her out just like Todd had helped out Jessica.

Jessica shared the story on Facebook to find Todd again, and she did! The two families are hoping to get together soon, which just shows that making human connections with strangers is still alive and well in the internet age.

It's always nice to see basic human decency win out, especially for a mom who had her hands full with not one but two screaming kids on an airplane.