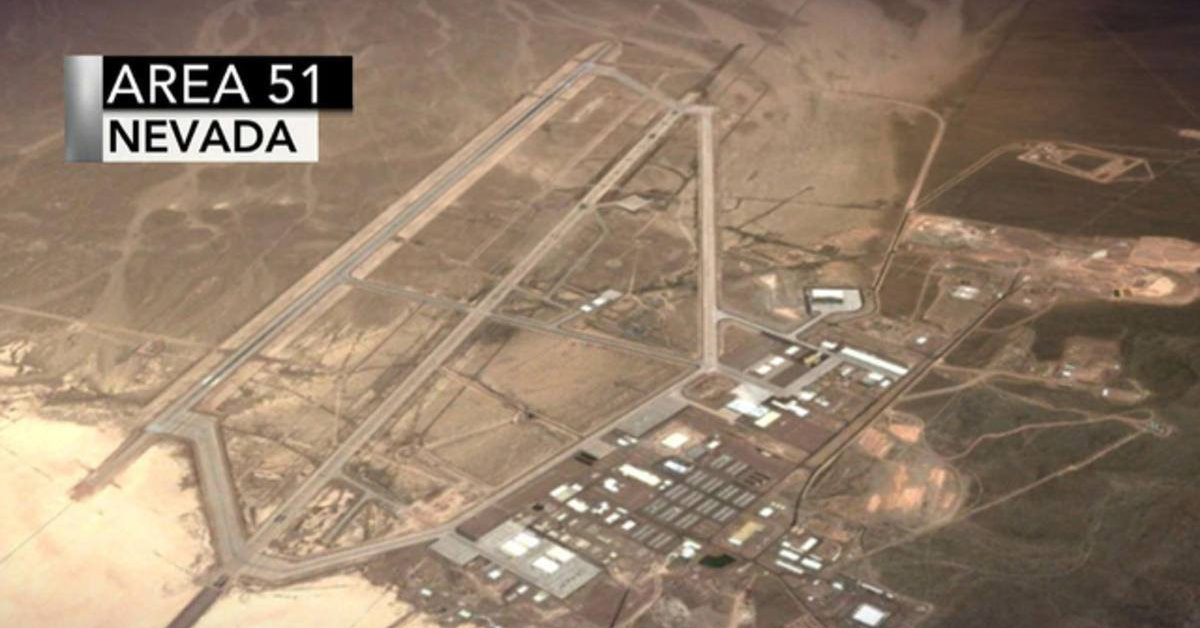 Facebook | Storm Area 51, They Can't Stop All of Us

Whether you believe extraterrestrial intelligent life exists or not, you have to admit that there's an allure about the idea. There's some truth to that poster on Fox Mulder's wall in The X-Files, the one that says "I want to believe."

But it's one thing to say that there's other intelligent life out there in the universe, and another thing entirely to say that that life has visited us and the government has been keeping it secret for decades. And yet, that's exactly what a lot of folks believe has been happening out at Area 51 in the Nevada desert.

It's only natural to be curious about what's going on behind the curtain of a top-secret air force base.

And alien hunters have spent entire lifetimes speculating about the possibility of skinny, gray- or green-skinned beings living under armed guard at Area 51.

But the curiosity of alien hunters has led to some questionable choices that go beyond heated online pro and anti-alien debates.

Most recently, a tongue-in-cheek Facebook event inviting hordes of people to head out to the desert to "storm Area 51" because "they can't stop all of us" has picked up steam and compelled many to RSVP. However, there is real concern that perhaps not everyone understands just how tongue-in-cheek it's meant to be.

It might be satirical, but it's also attracted quite the following. 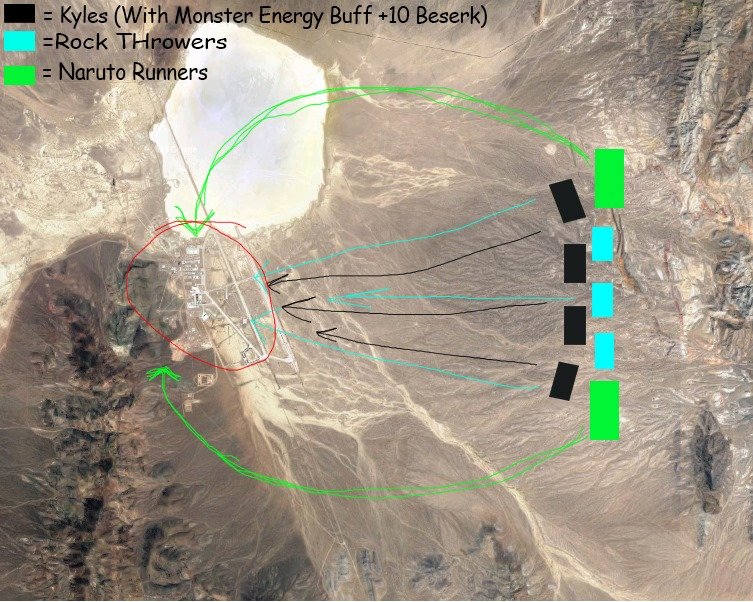 The event says that "we will all meet up at the Area 51 Alien Center tourist attraction and coordinate our entry. If we naruto run, we can move faster than their bullets. Let's seem them aliens."

For anyone who might not know, "Naruto running" is about as ridiculous as it sounds, so it's super fitting for this "event".

It refers to the Japanese anime series "Naruto", and its title character's iconic means of running full-tilt with his arms outstretched behind him. This hilarious technique has become a popular online meme, with some people insisting this technique offers the runner the most speed possible.

Plus, it looks really cool.

More than a million people have now said that they're going to the event, with another 900,000 interested in going. 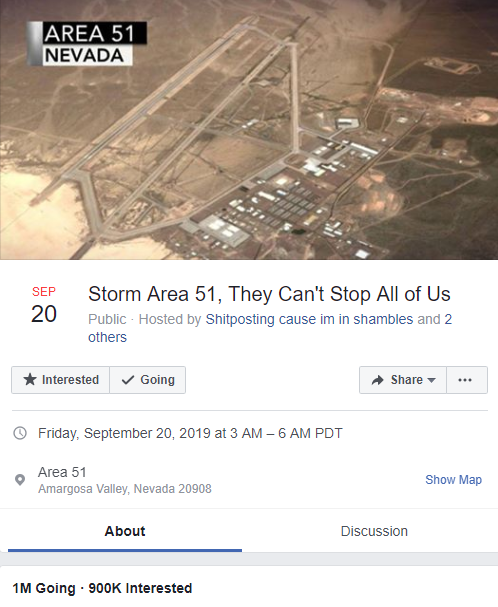 Facebook | Storm Area 51, They Can't Stop All of Us

Just how many made that click for the sake of making that click from the comfort of their homes, and how many determined conspiracy theorists actually intend to show up September 20th, at 3:00 am, is unclear.

You have to think that it would be a logistical nightmare if a million people actually did head into the Nevada desert, though.

Well, the U.S. Air Force has some thoughts about this plan, whether it's satirical or not.

According to The Independent, Air Force spokesperson Laura McAndrews says storming Area 51 is a bad idea.

"[Area 51] is an open training range for the U.S. Air Force, and we would discourage anyone from trying to come into the area where we train American armed forces," she said.

But the implications are pretty heavy. "The U.S. Air Force always stands ready to protect America and its assets," she said.

Suffice to say, they'll have air superiority over a crowd of tent-dwelling keyboard warriors, and sound like they're more than ready to, in fact, stop all of them. 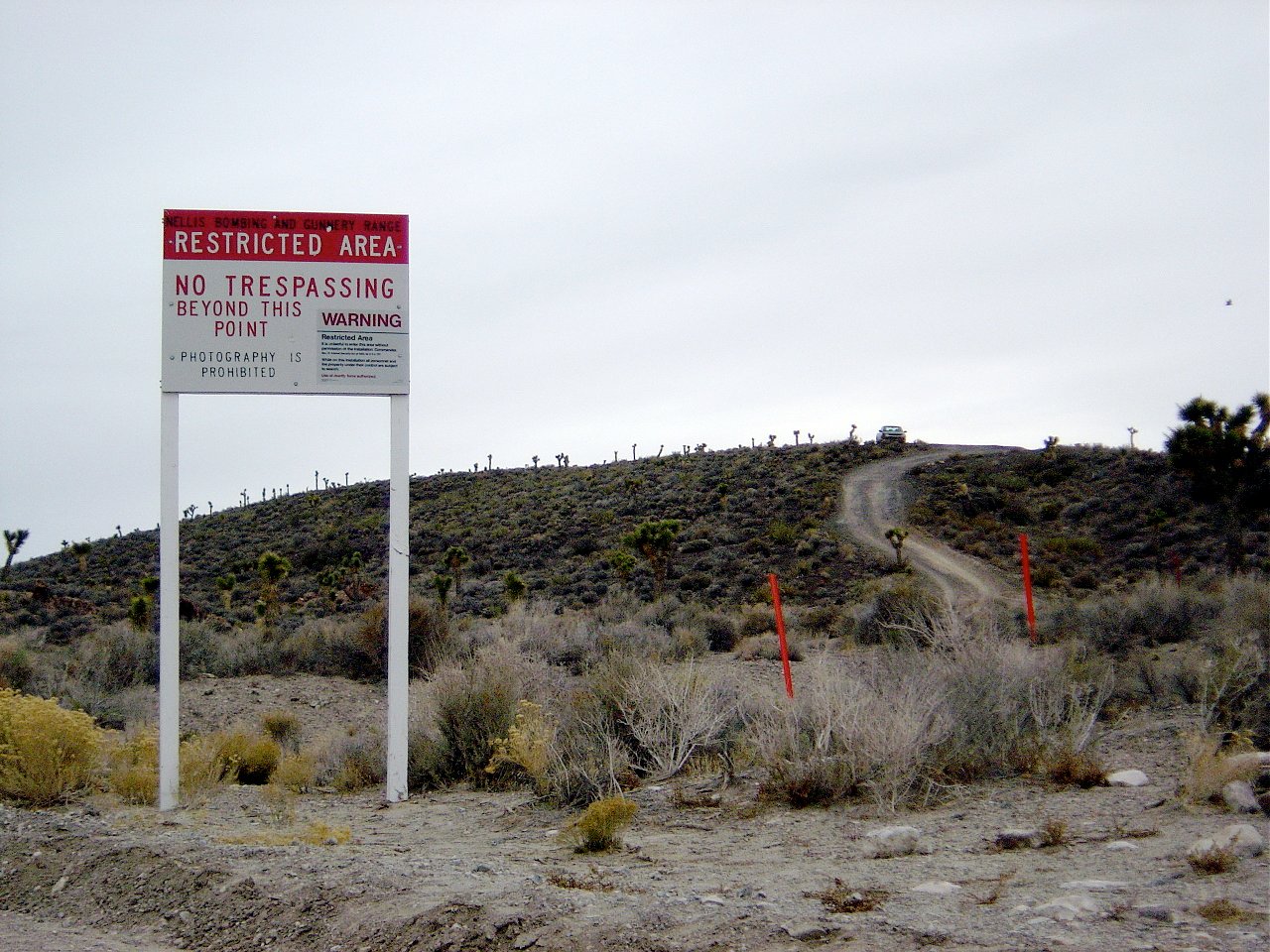 People have been shot for trying to enter classified facilities as recently as January, when a man tried to access the Nevada National Security Site, which is home to America's underground nuclear testing program.

Because it's in fact a military installation, it goes without saying that this place isn't simply empty and open for visitors.

After all, if there is something worth protecting, you can bet the good old U.S. of A will go above and beyond to protect it.

The perimeter of the base is patrolled by armed security guards 24/7, and its equipped with CCTV and monitor-sensor cameras. There are also signs posted all around the area warning intruders of the "deadly force" they could face if they continue with their plans. Definitely not advised.

What's more, some alien hunting experts say this group would be looking in the wrong place.

Bob Lazar, an American physicist who claims to have worked with extra-terrestrial technology at a different mysterious U.S. military site called "S4," posted about the proposed raid on Instagram, calling the idea "misguided."

Needless to say, he's not on board with the Area 51 stormers.

"I do not support this 'movement,'" he wrote. "The last time someone tried to get in to Area 51, he got shot. This is not the way to go about trying to get more information. What is good, is the interest in the subject - science and technology. That is what would immediately change the world we live in."