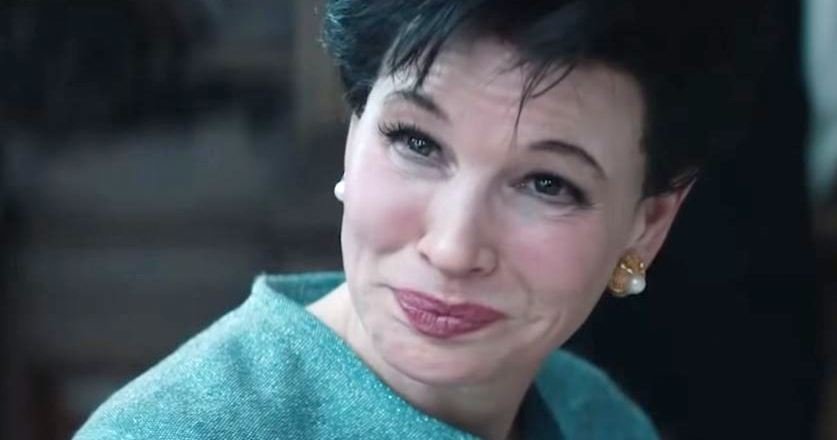 Biopics have taken on a new level of realism in the last few years, but nothing has prepared us for this:

Renée Zellweger absolutely shining as Judy Garland. You have to see this to believe this, y'all.

It's been a solid few years for biopics.

I mean, take a look at Bohemian Rhapsody.

The biopic following Queen frontman Freddie Mercury was so good that it took home 4 Academy Awards, including one for Rami Malek's portrayal of Mercury.

And, of course, there was "Rocketman."

Taron Egerton took on Elton John for Rocketman, and wow does he actually look like Elton John.

So, as you can see, biopics are pretty hot right now. And they're all doing quite well, box-office wise.

Judy is an adaptation of Peter Quilter 2005 stage musical drama, End of the Rainbow.

As you may have guessed, it follows the tail end of Judy Garland's esteemed Hollywood career.

The musical takes place at the end of Judy's life. 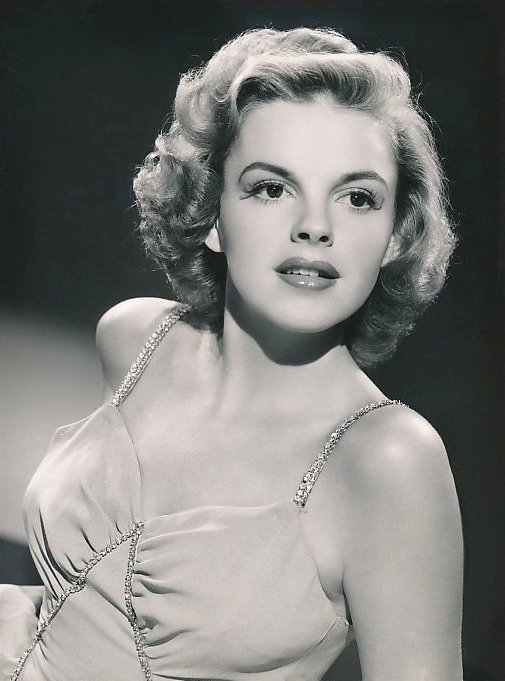 Leading up to her death in 1969, the plot revolves around newly engaged Judy Garland preparing for a series of concerts in London.

It also deals with drug addiction, as well as relationships.

Renée is not the Judy you remember.

This isn't Judy circa The Wizard of Oz.

It's the story of the end of her life, when she was trying to keep her name in the headlines. She's 47 in the film (3 years younger than Zellweger herself).

The resemblance is uncanny.

Her makeup is perfectly done, too: the lipstick mimics Judy's own lips to a "t." Even her pout is the same.

For reference: Judy in her later years. 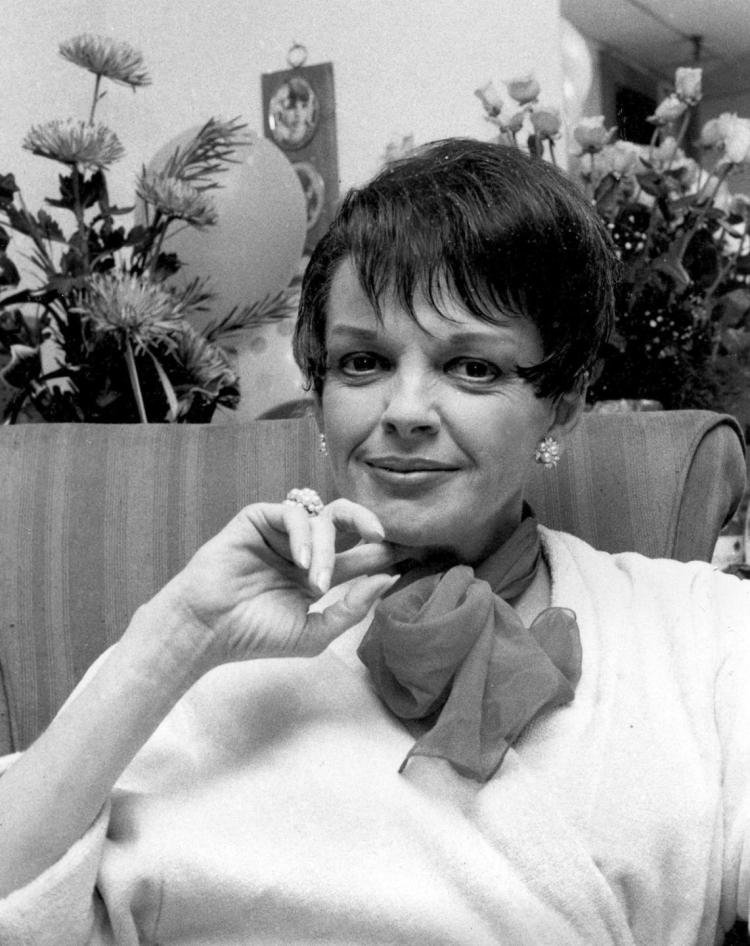 See what I mean? Judy not only captures the actress in the later years, but Renée perfectly embodies the sheer exhaustion you can see in Judy's eyes.

Plus, a good wig goes a long way. 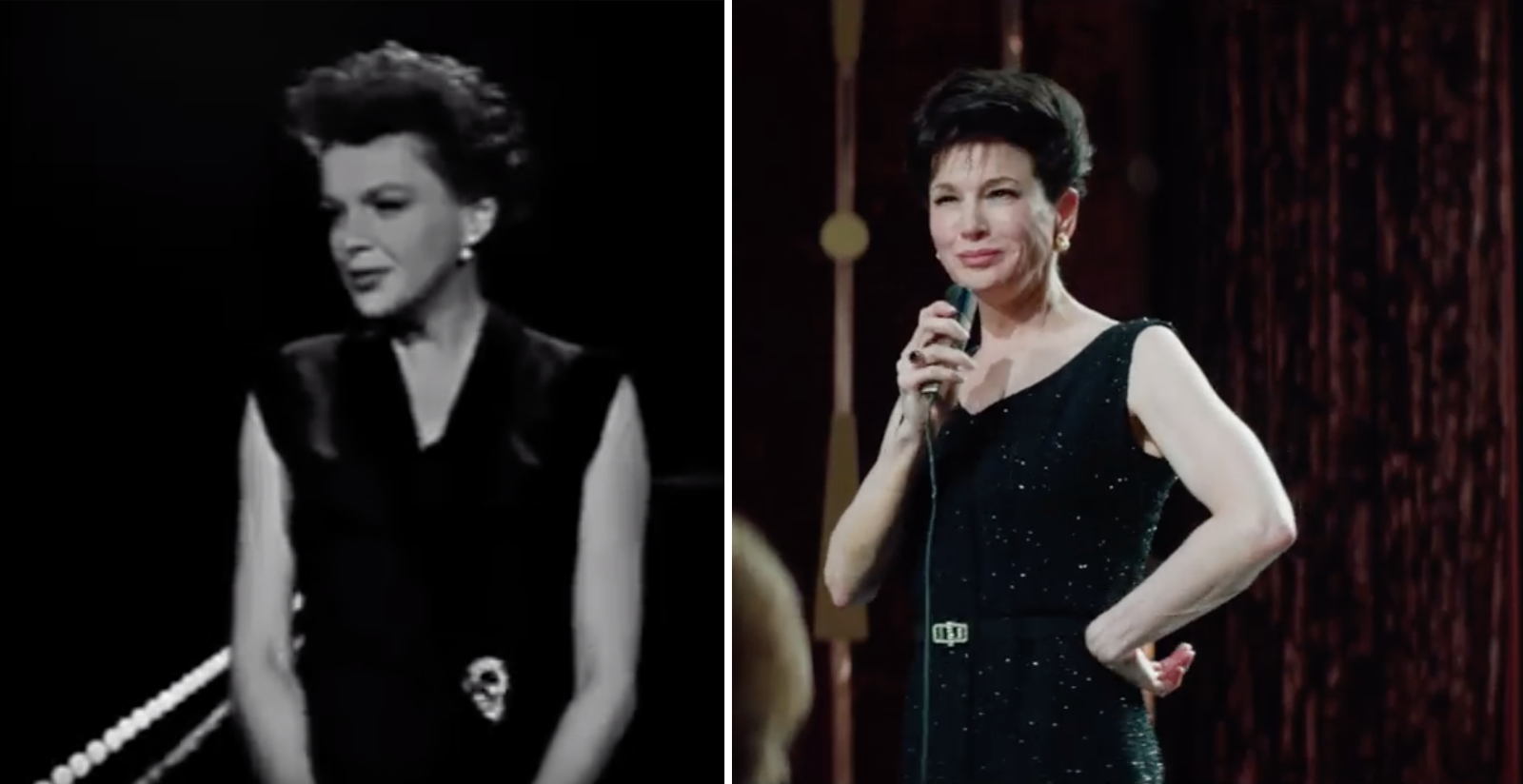 She was addicted to a number of prescription drugs, some of which she actually used in an attempt to stay thin.

(Please excuse the image quality—it was the '60s, after all.)

The trailer implies that this was by necessity, which lines up with her financial history.

Essentially, and unbelievably, Judy Garland was close to broke by the end of her career. London was a chance to make money again.

Garland married nightclub manager Mickey Deans in March of 1969, three months prior to her death in June.

At the time of her marriage, she had only been divorced from her fourth husband, Mark Herron, for a month.

This movie is going to hurt.

The trailer makes it pretty clear that it intends to deal with every aspect of Judy Garland's life, including her drug addiction and depression.

Seriously, how much does Renée look like Judy Garland here?

It's all in the face.

First of all: girl, those brows. The 60s were a different time, that's for sure.

Renée has Judy's mannerisms down pat, though. The haughty tilt of her head, the pursed lips, the confidence in her gaze. It's so perfect.

She's gonna knock this out of the park.

Honestly? Tea? I smell an Oscar.

There's no way she's going to portray every facet of Judy's last years, down to her rehab treatments, and not walk away with an Academy Award.

Oh yeah, duh: Liza is there.

She wrote on Facebook, "I have never met nor spoken to Renee Zellweger... I don’t know how these stories get started, but I do not approve nor sanction the upcoming film about Judy Garland in any way. Any reports to the contrary are 100% Fiction."

Judy is due out in September, which is plenty of time to build some Oscar buzz—and for everyone to decide whether Renée really does make the perfect Judy Garland.