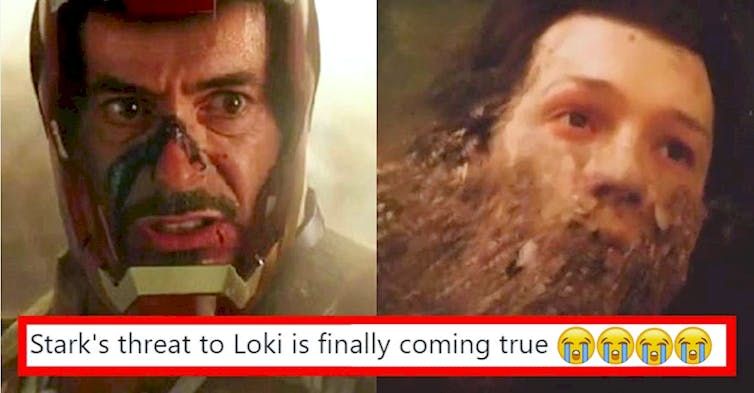 Tony Stark Basically Predicted The Plot Of 'Avengers 4' In 'The Avengers,' So, That's Crazy

One of the most rewarding parts of being a fan of the Marvel Cinematic Universe is uncovering tiny references that subtly connect one film to the next. Without a doubt, the Avengers saga takes the crown in this respect.

For example, remember in The Avengers when Loki has a tense conversation with Tony Stark in Stark Tower? 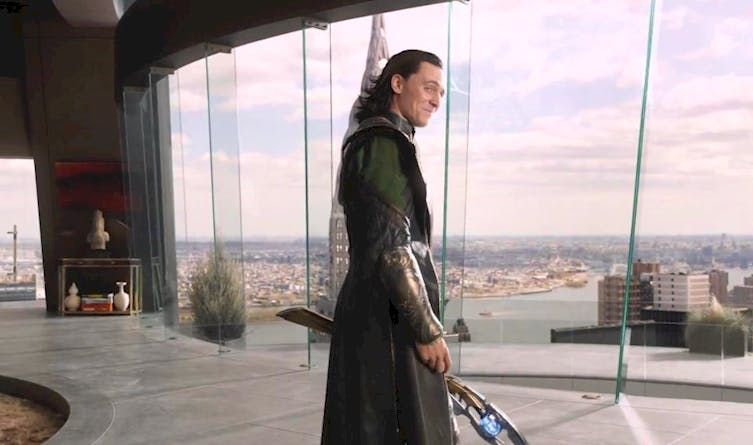 Loki asks Stark what he has to fear moving forward with his plan. Stark replies, "The Avengers."

"It's what we call ourselves. It's sort of like a team. Earth's mightiest heroes type-thing," continues Stark. 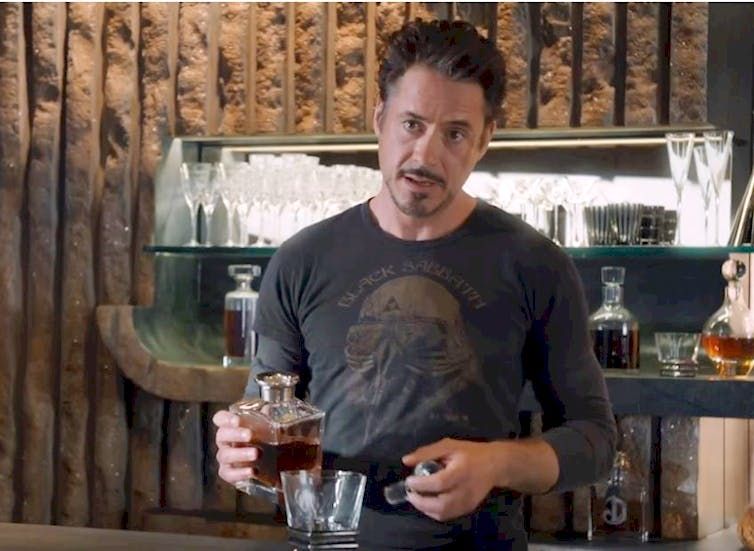 He then lays out the odds of Loki defeating the Avengers. "Let's do a head count here," begins Stark.

"Your brother, the demigod, a super soldier and living legend who kind of lives up to the legend, a man with breathtaking anger management issues, a couple of master assassins," explains Stark. 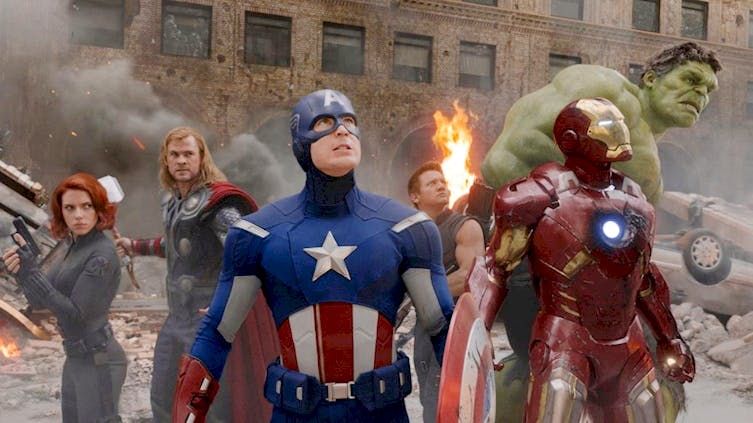 "And you," says Stark, pointing at Loki. "You've managed to piss off every single one of them."

"There is no version of this where you come out on top," warns Stark. "Because if we can't protect the earth, you can be sure we'll avenge it." 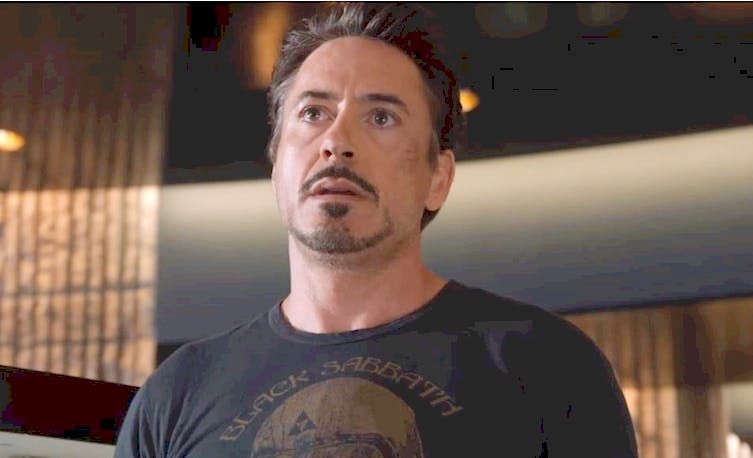 Now, when The Avengers first came out, this line was little more than a fun play on the team's name. As you'll recall, the Avengers are able to protect the earth when they defeat Loki and his army.

But the ending of Avengers: Infinity War is much different. Due to Thanos and his fully loaded Infinity Gauntlet, the Avengers ultimately fail at protecting not just Earth, but also the entire universe. 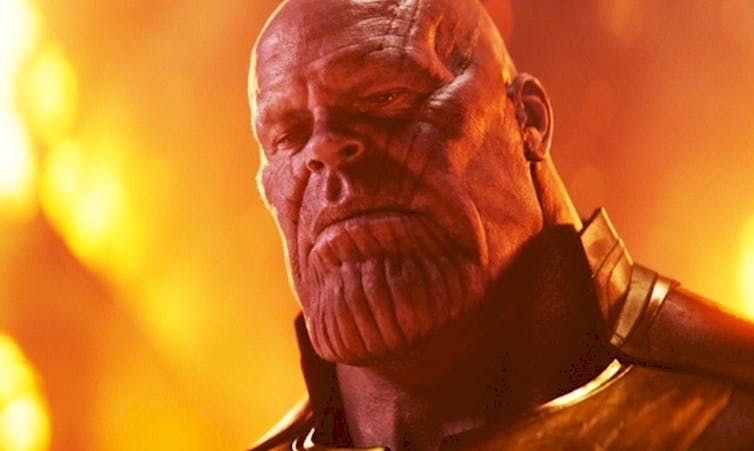 And this failure comes in the form of half of the universe's population getting dusted with a snap of Thanos' fingers. 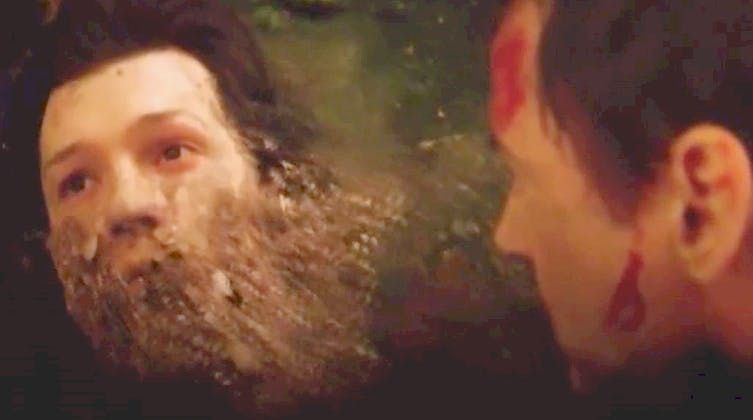 This includes the brutally emotional death of Spider-Man, who happens to be Stark's protégé.

As Reddit user DonTommy points out, Stark's threat towards Loki turned into a self-fulfilling prophecy because now, post-snap, all that's left to do is avenge the universe. 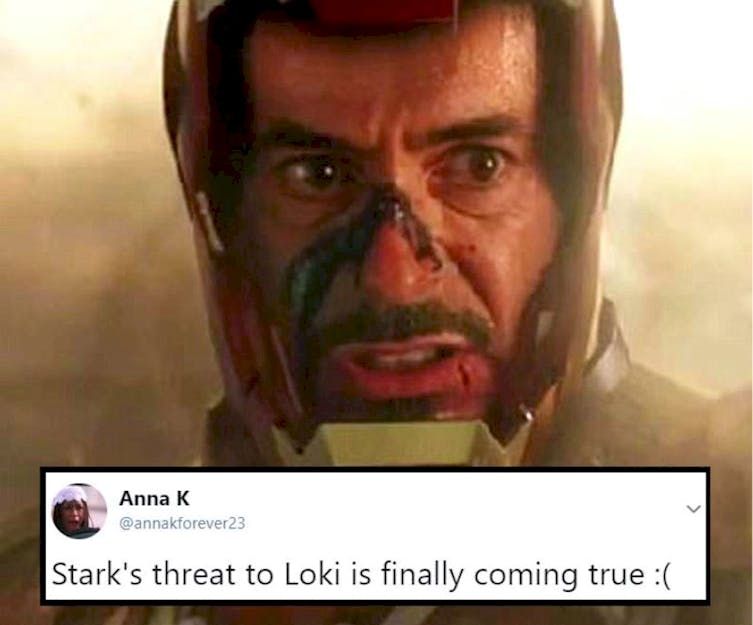 And this is undoubtedly the plot of Avengers 4, at least from a broad standpoint.

In other words, the MCU isfinally giving the Avengers something to avenge.

Up until this point, they've won all of their battles and protected the universe. But now that we're coming up to what's likely the final Avengers film, it seems fitting that the team gets to live up to their name.But it makes you wonder: Did the Russo Brothers knowingly implant this line from day one? Because if so, it's probably one of the greatest pieces of foreshadowing in all of the MCU.

Speaking of names, it was Nick Fury who first created the Avengers Initiative. 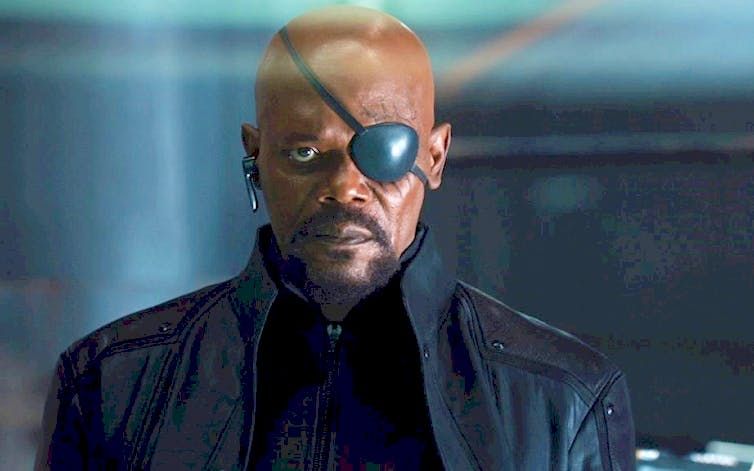 But what was his intention with the title of "Avengers"?

Perhaps Nick Fury knew more about the oncoming threat of Thanos than we've been made aware.

This isn't the only example of Stark foreshadowing events related to Infinity War. 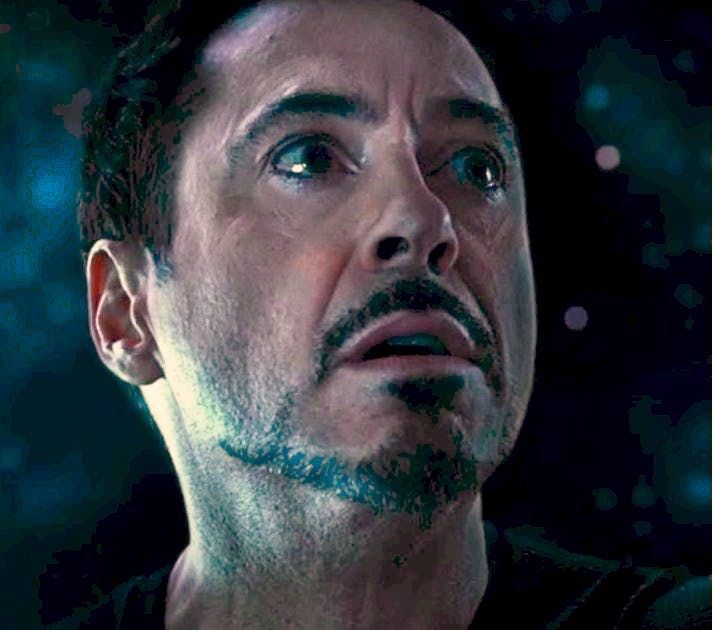 Remember in Avengers: Age of Ultron when Scarlet Witch casts a spell on Stark, causing him to see a vision of his worst fear — the death of his teammates?

Well, the setting from Tony's vision happens to look a lot like the aftermath of Titan in Infinity War. 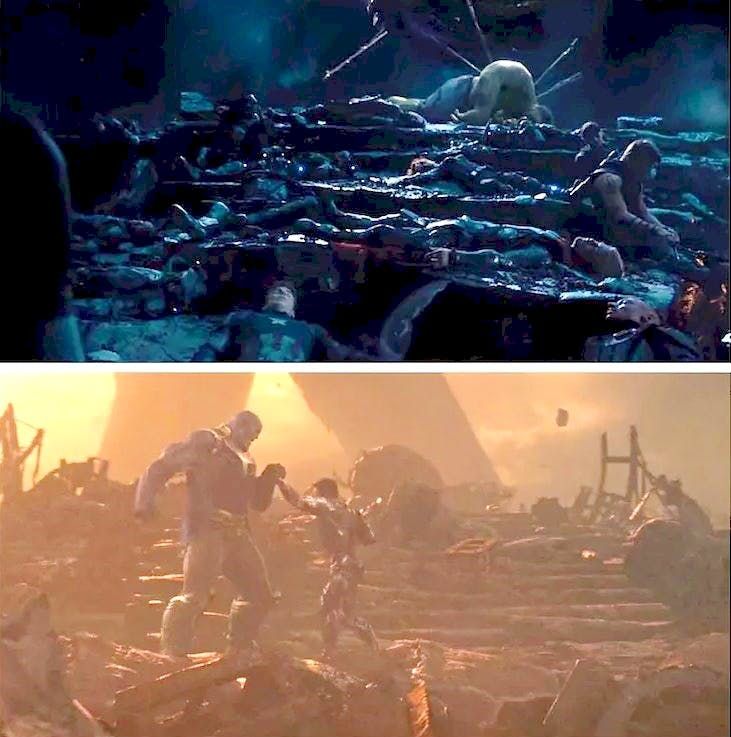 Of course, none of the original Avengers die in Infinity War (and none but Stark even see Titan), but several of Stark's new teammates, including Spider-Man and Doctor Strange, do die on the planet.

So, in a way, a slightly altered version of Tony's worst fear became a reality in the third installment.

The point is this: Tony Stark hasbeen foreshadowing events in the Avengers saga since day one, and that's kind of wild.

He's not the only one, either. Tony's not even the only Avenger who's had some prophetic influence. 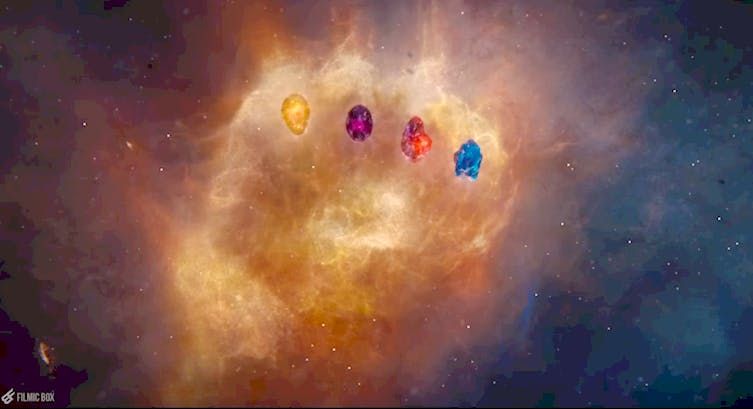 Thor has totally had future visions, and as it turns out had some significant impact on what's happened so far in Infinity War.

Remember in Age of Ultron, right around when the entire audience in your theater started hyperventilating as Chris Hemsworth stripped down and took a swim in the Water of Sight?

Sorry, I got distracted for a second. Anyway, Thor comes out of his vision and talks about it with the team and...well, Vision.

Right before Vision gets his hammer/mic drop moment.

Thor explains his vision as "a whirlpool that sucks in all hope of life, and at its center is that," at which point he...uh, points to the Mind Stone. 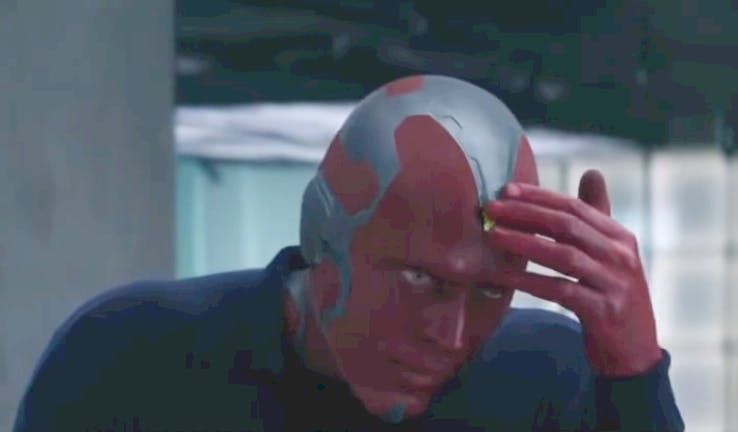 Well, what else has the Mind Stone at the center of it? The Infinity Gauntlet, of course. 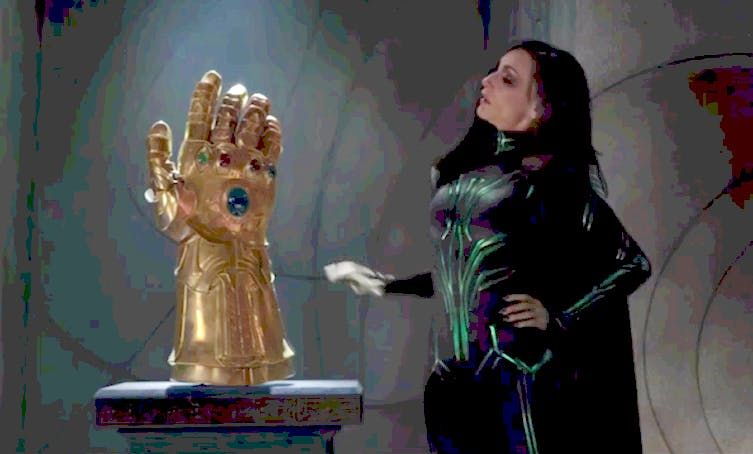 Well, not this one, because this one's fake (very much fake — it basically looks like the toy IRL).

So did Thor know that Thanos (or anyone) was going to assemble the Infinity Stones? He sorta saw a yellow fist with some of the gems, but not at all of them. 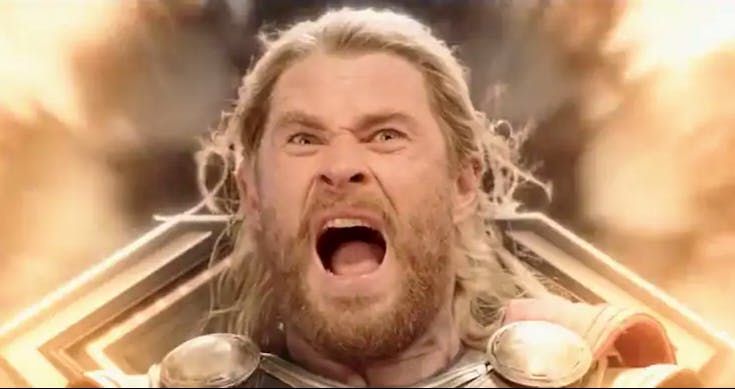 We heard Ebony Maw say that no being had ever handled two Stones at a time before. Did Thor know that someone was going to try it for the first time?

Either way, Thor and Tony are gonna have a lot to talk about if their predictions can help the Avengers save the day.

Or maybe just help Thor go get Tony back from space.