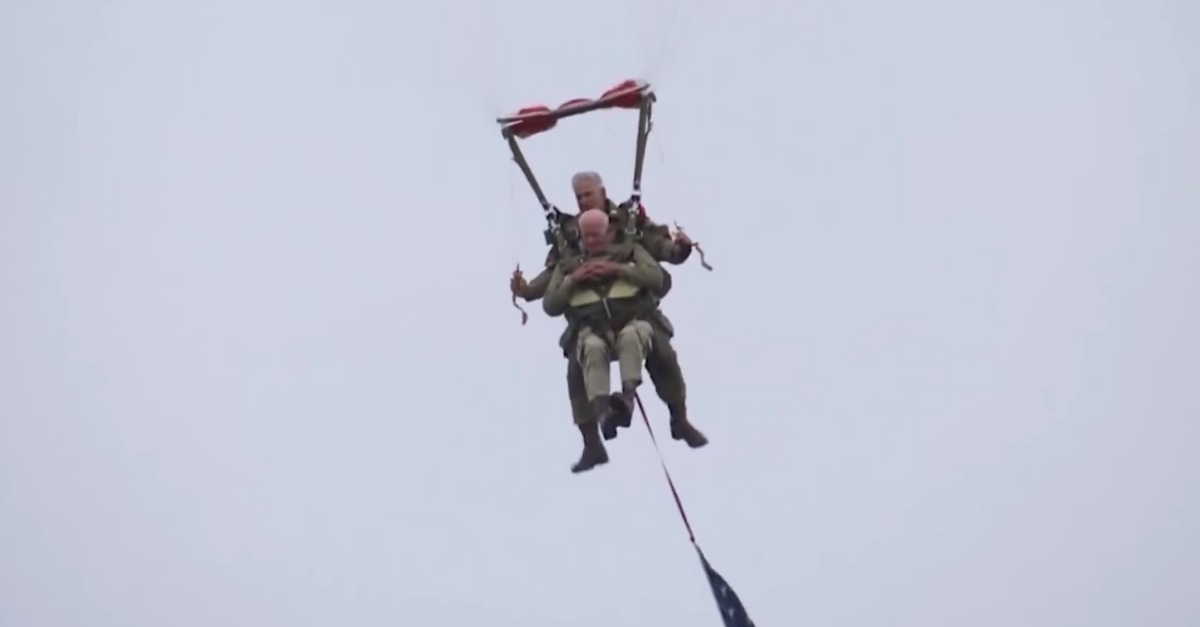 Growing up, many of us can recall having the privilege of listening to survivors of the most destructive war in modern history tell their stories. Their tales were often harrowing to hear, but they remind us that events that sound unbelievable not only happened, but happened recently enough that our grandparents can tell us about them.

Unfortunately, we may not be able to hear from these living witnesses for long. According to the U.S. Department of Veteran's Affairs, an estimated 348 World War II veterans die every day. Among the millions who served at that time, less than 500,000 of them still live today.

This likely had a lot to do with why a special event was held to honor one of the war's most significant days and it had an even more special guest.

On Wednesday, a fleet of C-47 planes that once carried paratroopers in World War II had a new mission on their hands. 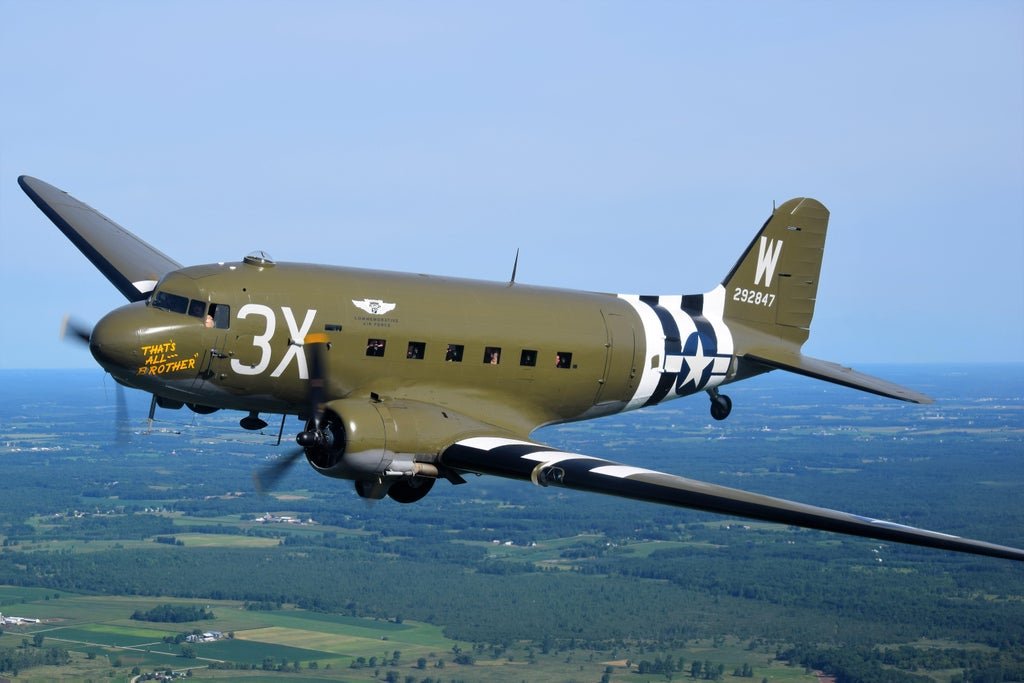 As the Associated Press reported, they were carrying a couple hundred parachutists who were out to recreate the historic landings at Normandy, France on D-Day.

For many of those participating, this was about honoring the heroic accomplishments of their forefathers.

Some jumped with items their grandfathers had carried in the war, and this was the case for retired Green Beret Robert Schaefer, who brought his grandpa's whisky, cigars, dog tags and wallet.

As he told the Associated Press, "I feel like I got to jump with my grandpa."

Some, however, like 97-year-old Tom Rice were making this jump for the second time. 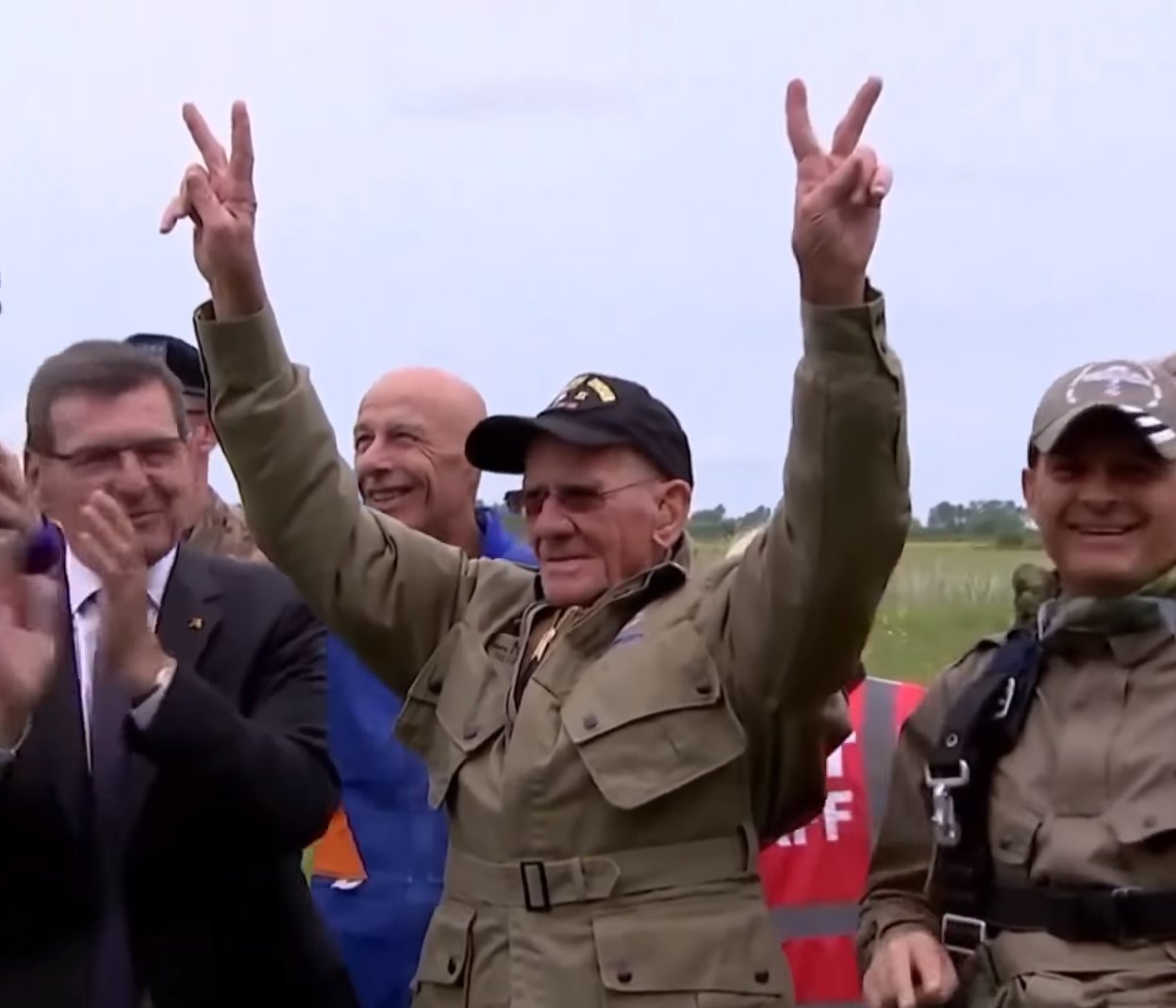 He did this after six months of physical training and was set to land in roughly the same area he touched down on 75 years ago.

Of course, he was both in the dark and in hostile territory when he did it in 1944, so it was difficult to determine exactly where he landed back then.

There was one thing Rice knew for sure, however. That jump on D-Day was the worst he had ever had. 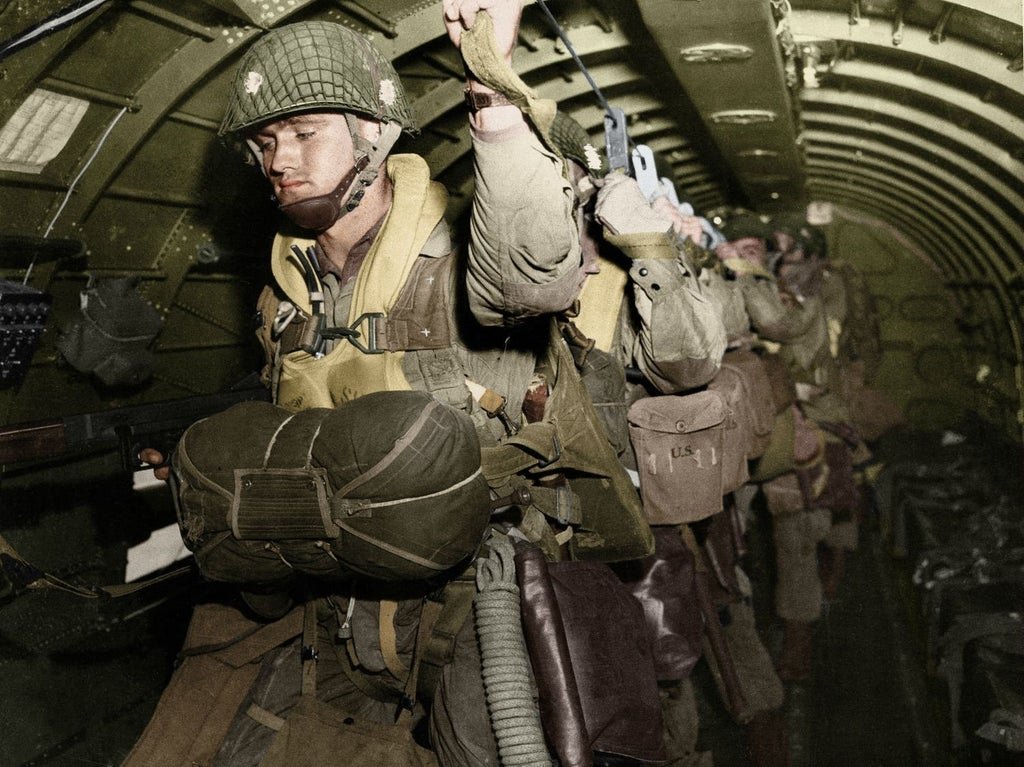 As he explained, "I got my left armpit caught in the lower left hand corner of the door so I swung out, came back and hit the side of the aircraft, swung out again and came back, and I just tried to straighten my arm out and I got free."

However, his path to the ground wasn't much easier to traverse once he made it clear of the aircraft. 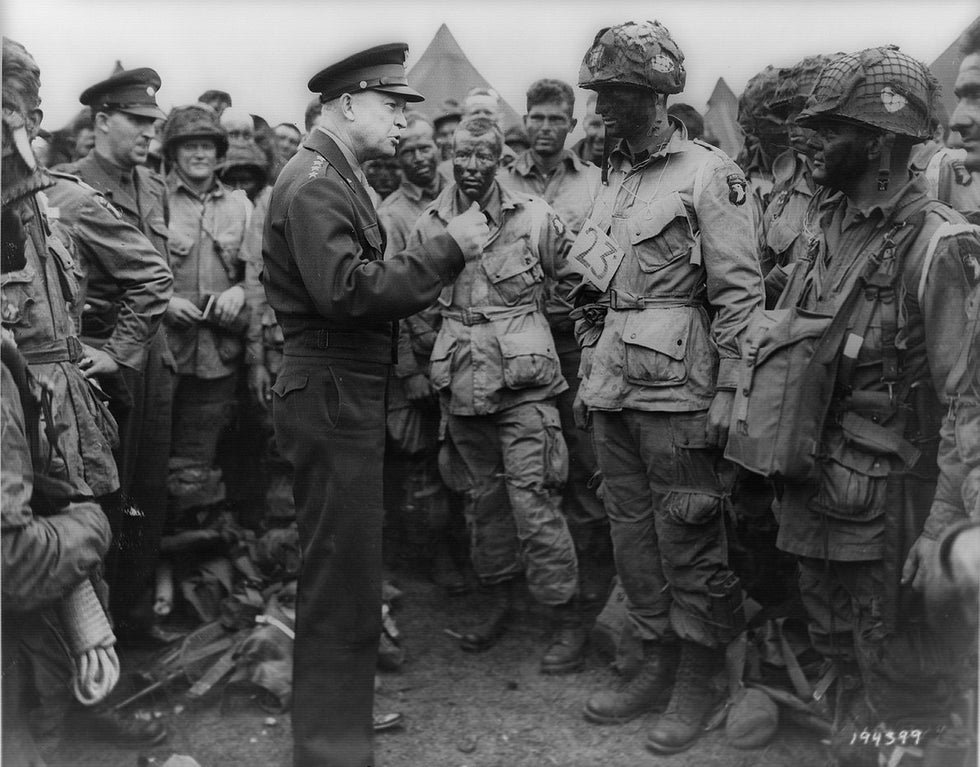 A bullet had struck his parachute on the way down and he said he was so laden with equipment that he bounced a few times when he reached the ground.

But this time, he couldn't have been happier with how the jump went. 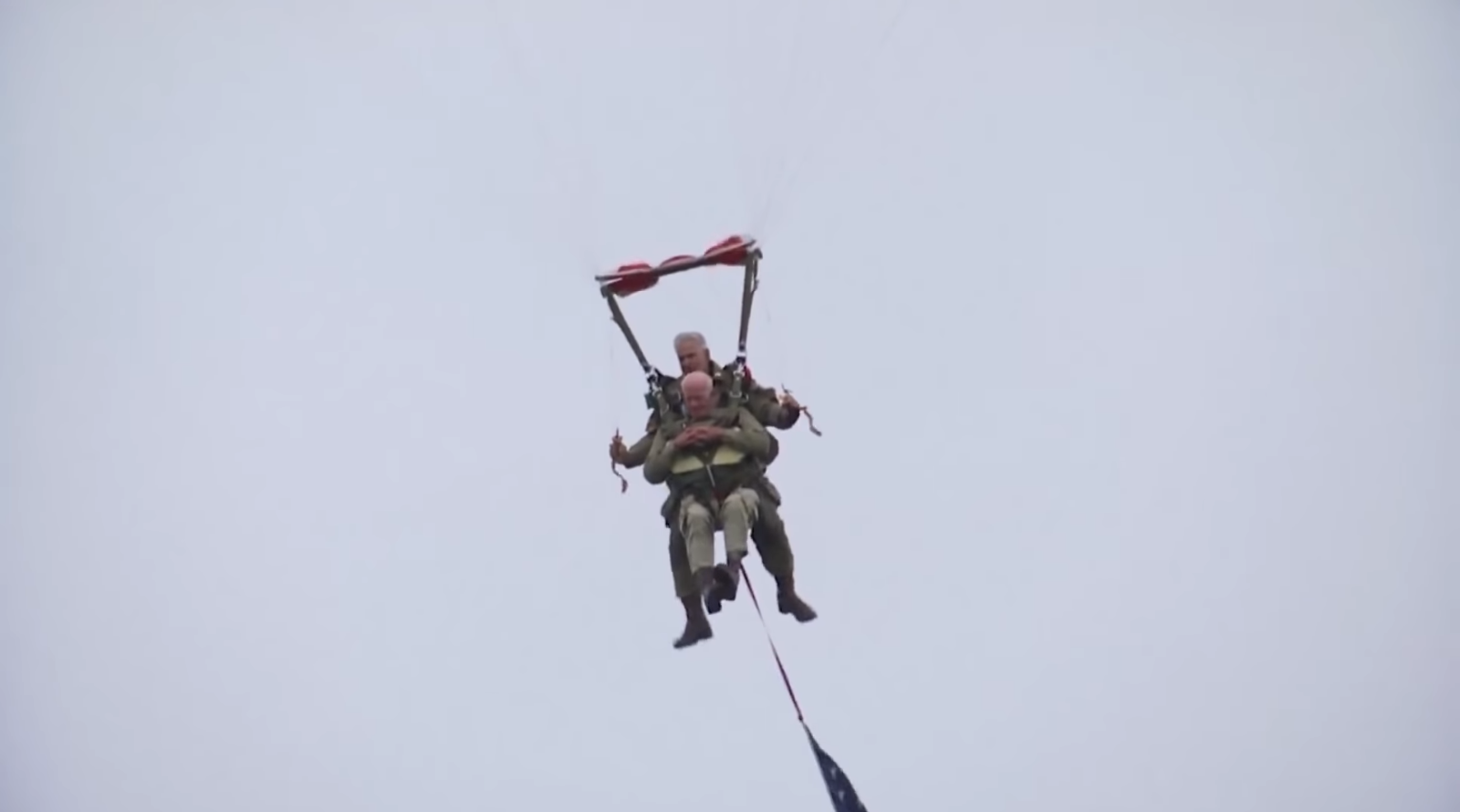 For one thing, he had an actual, human partner undergoing the jump with him instead of a load of heavy equipment.

He also landed to the applause of the thousands who gathered to witness this moment, rather than gunfire.

With that in mind, it's no surprise that he let out a hearty "Woo hoo" as he touched down. 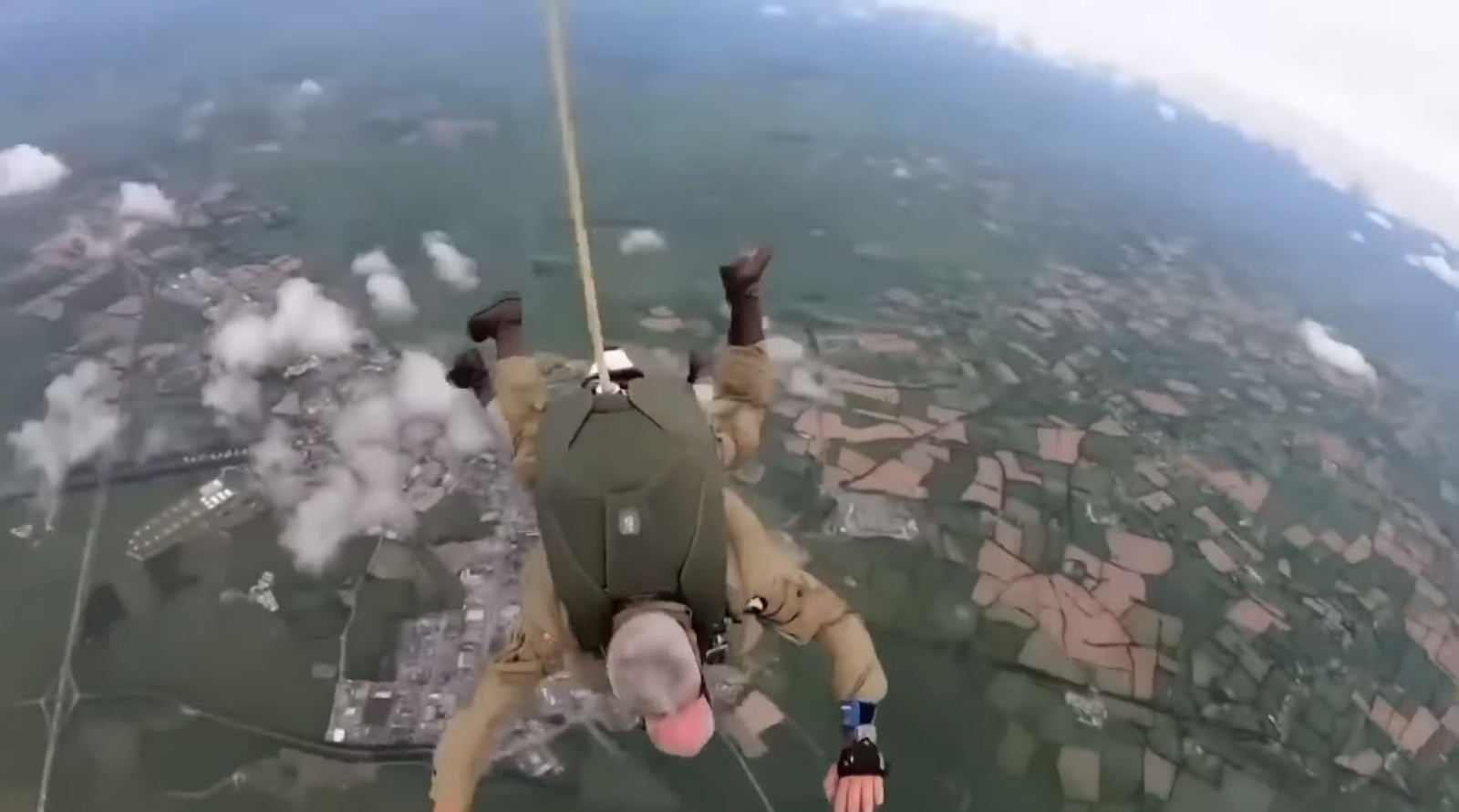 As he said, "It went perfect, perfect jump. I feel great. I’d go up and do it all again."

He also said that he believed his brothers in arms would've loved to have seen what he did that day.

He mentioned that 38% of the men who joined him didn't survive and many of those who did will be haunted by the war for as long as they live.

As he put it, "All the GIs suffer from same blame and shame. It bothers us all the time for what we did. We did a lot of destruction, damage. And we chased the Germans out, and coming back here is a matter of closure. You can close the issue now."