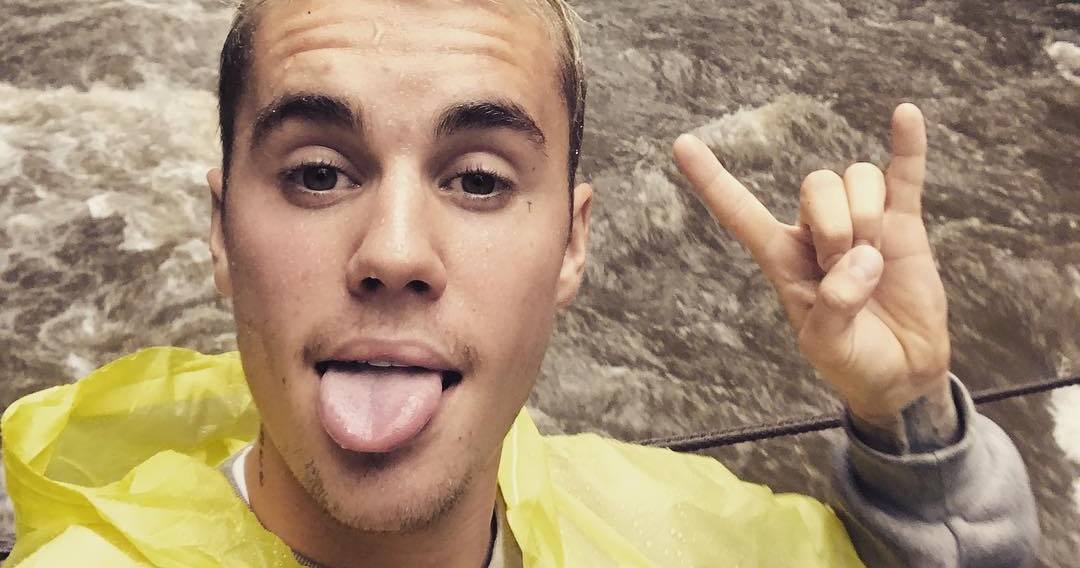 9+ Pairs Of Celebs We Had No Idea Were Related

It's no coincidence that famous people have famous relatives while all us regular people scrape by, waiting for our big break. It's called nepotism.

Being a star simply runs in the family — what can I say? 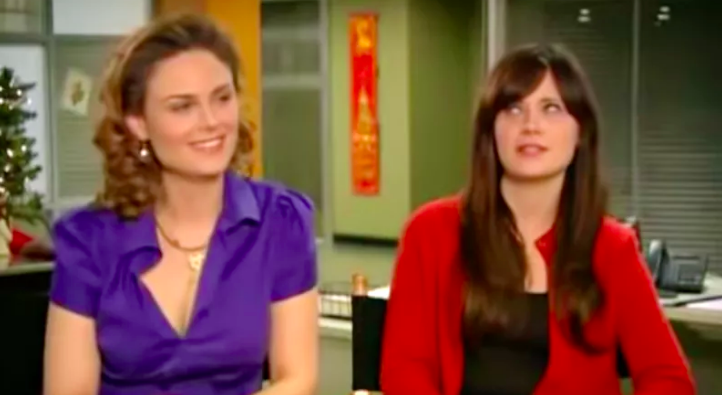 Maybe I'm just not very observant, but it took the better part of my life for me to realize that Emily and Zooey are straight-up sisters. 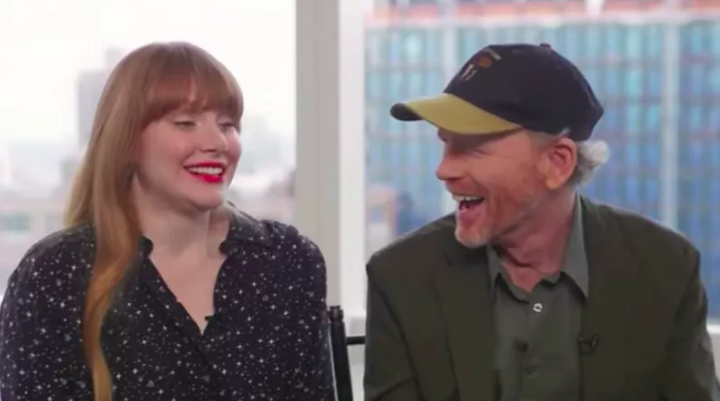 I really do not understand how we haven't already pieced this puzzle together — and I'm deeply ashamed that I'm just realizing this now — the world-renowned filmmaker, Ron Howard, is the father of actress Bryce Dallas Howard. 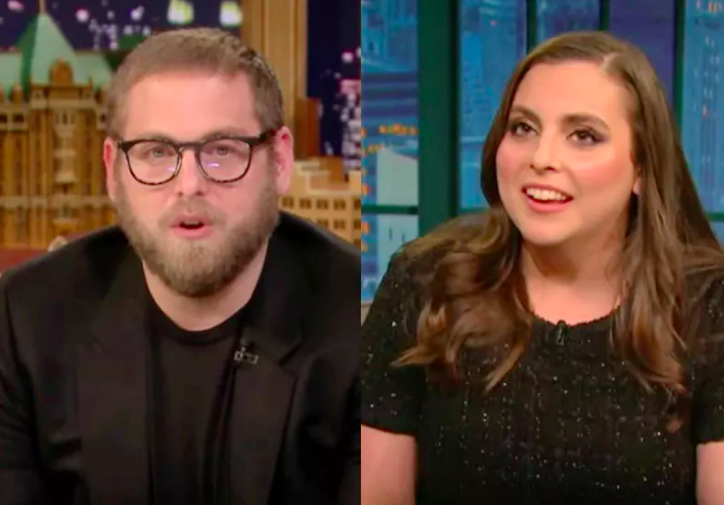 Because these two have different last names, you may have never guessed these two were closely related.

But Jonah Hill's real last name is actually Feldstein as well, and these two are brother and sister. 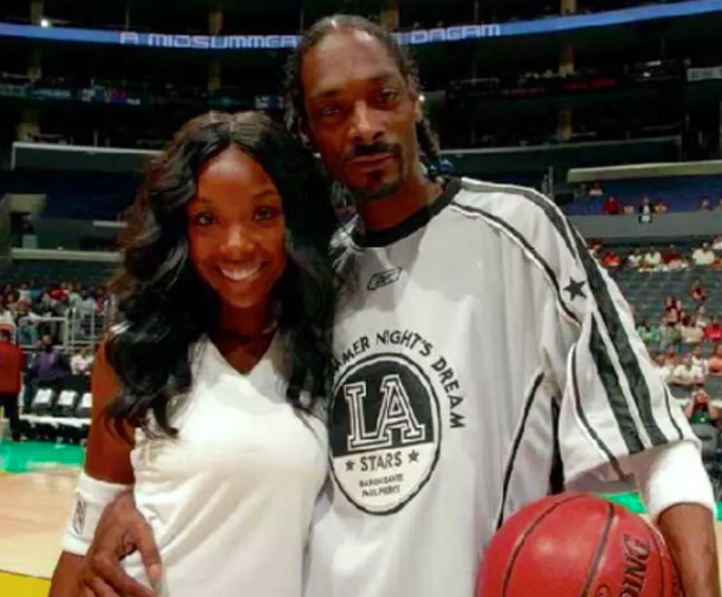 It's pretty well-known that Brandy and Ray J are siblings — she put him on the map — paved the way for his music career.

But I bet you didn't know that Snoop Dogg is also apart of the family! He's Brandy and Ray J's first cousin. 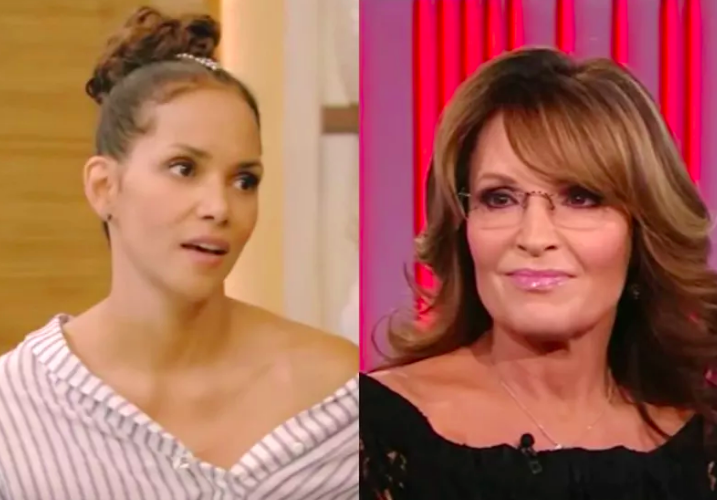 "In some twisted way... somebody sent me this information that she was my distant [relative]," Halle Berry said in an interview with Daily Mail, revealing that she and Sarah Palin are somewhat related. 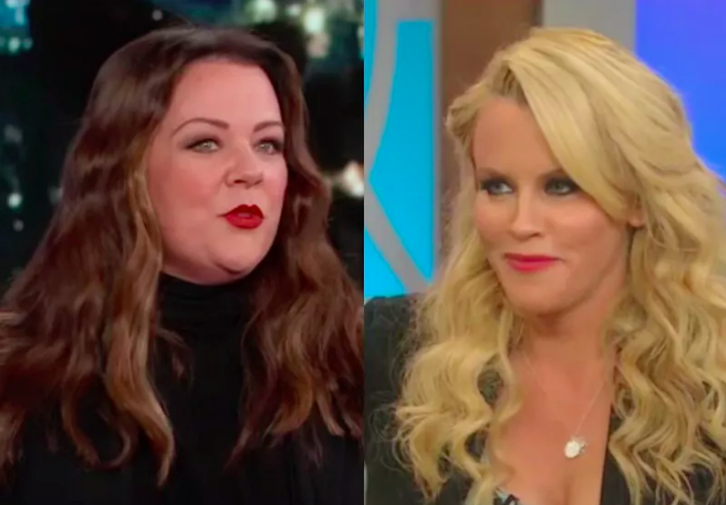 While they have the same last name, some might have never put two and two together. Jenny and Melissa McCarthy are actually first cousins. 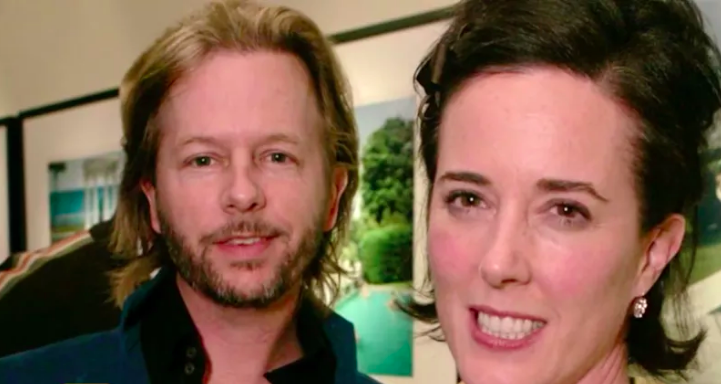 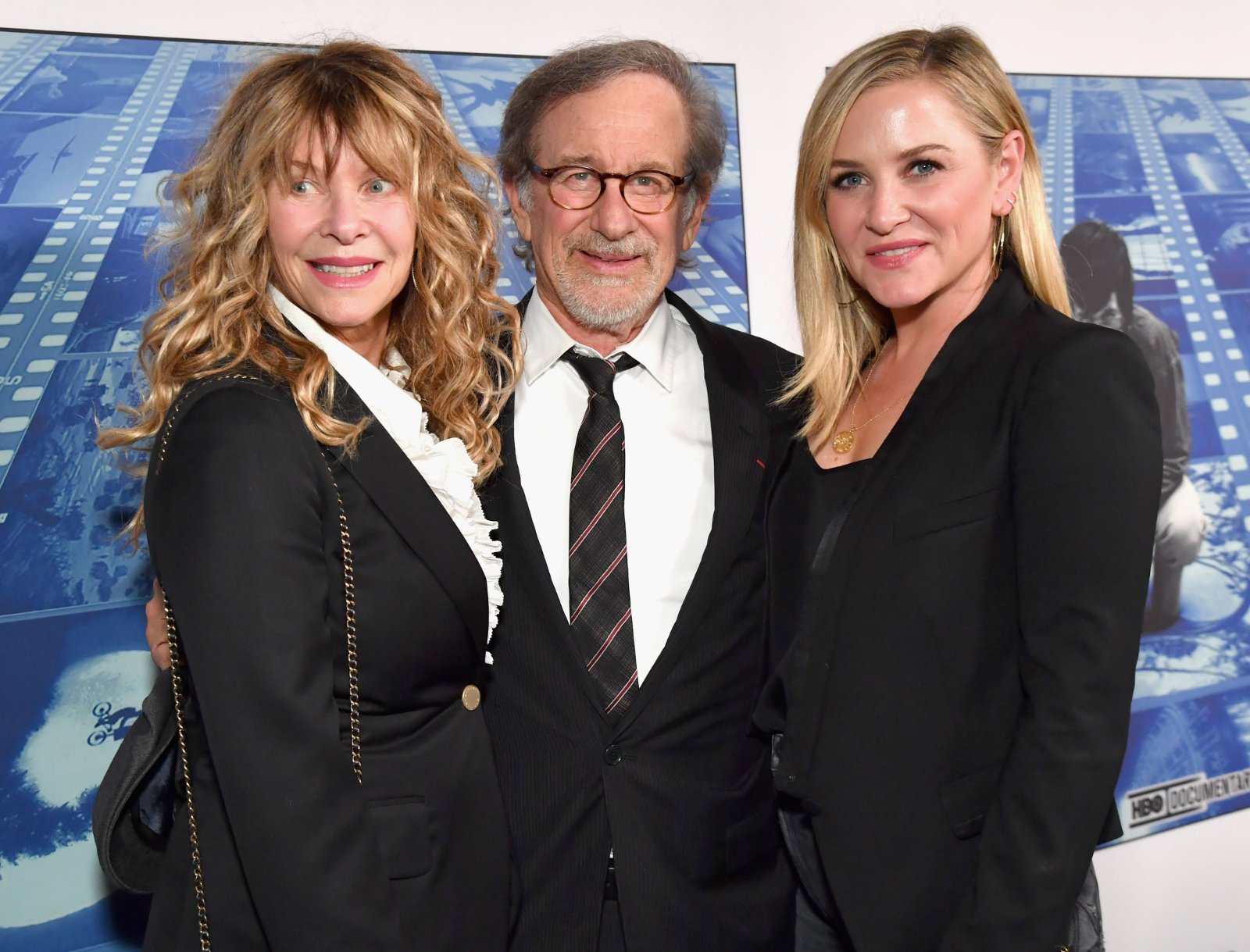 Grey's Anatomy star, Jessica Capshaw became one of Steven Spielberg's stepdaughters, after her mom, Kate Capshaw, married him in 1991. 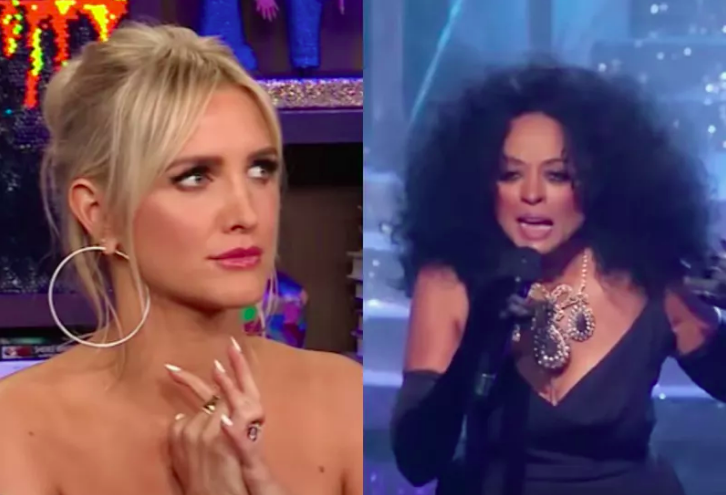 Alright, so, these two aren't technically related by blood. But they are family! 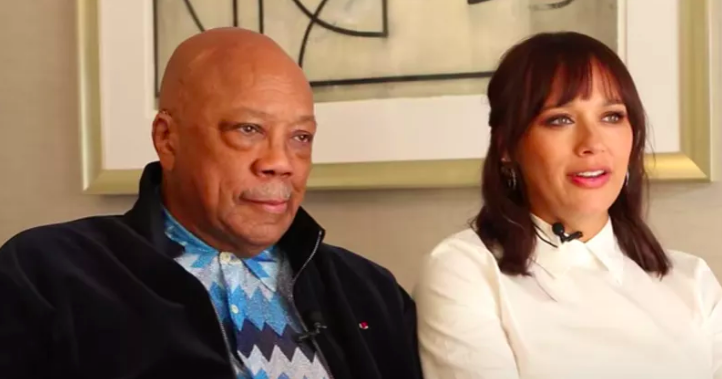 Mind. Blown. How did we miss this?! 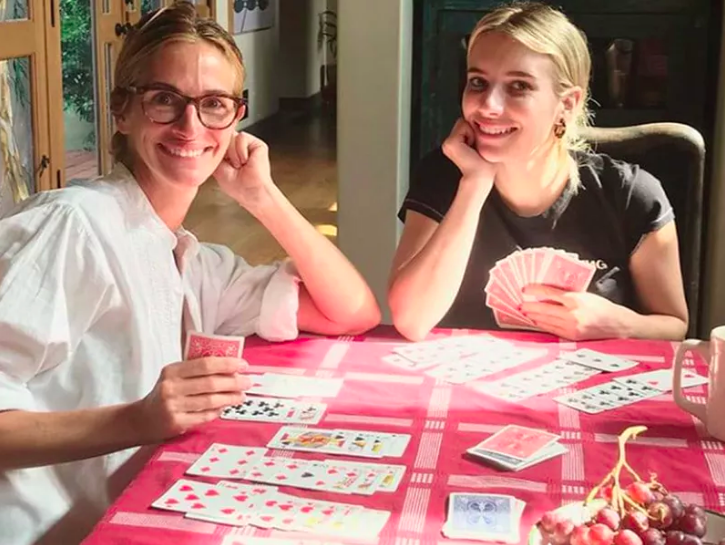 Not sure how I never realized this, since they have the same last name, and they definitely share some major resemblances. 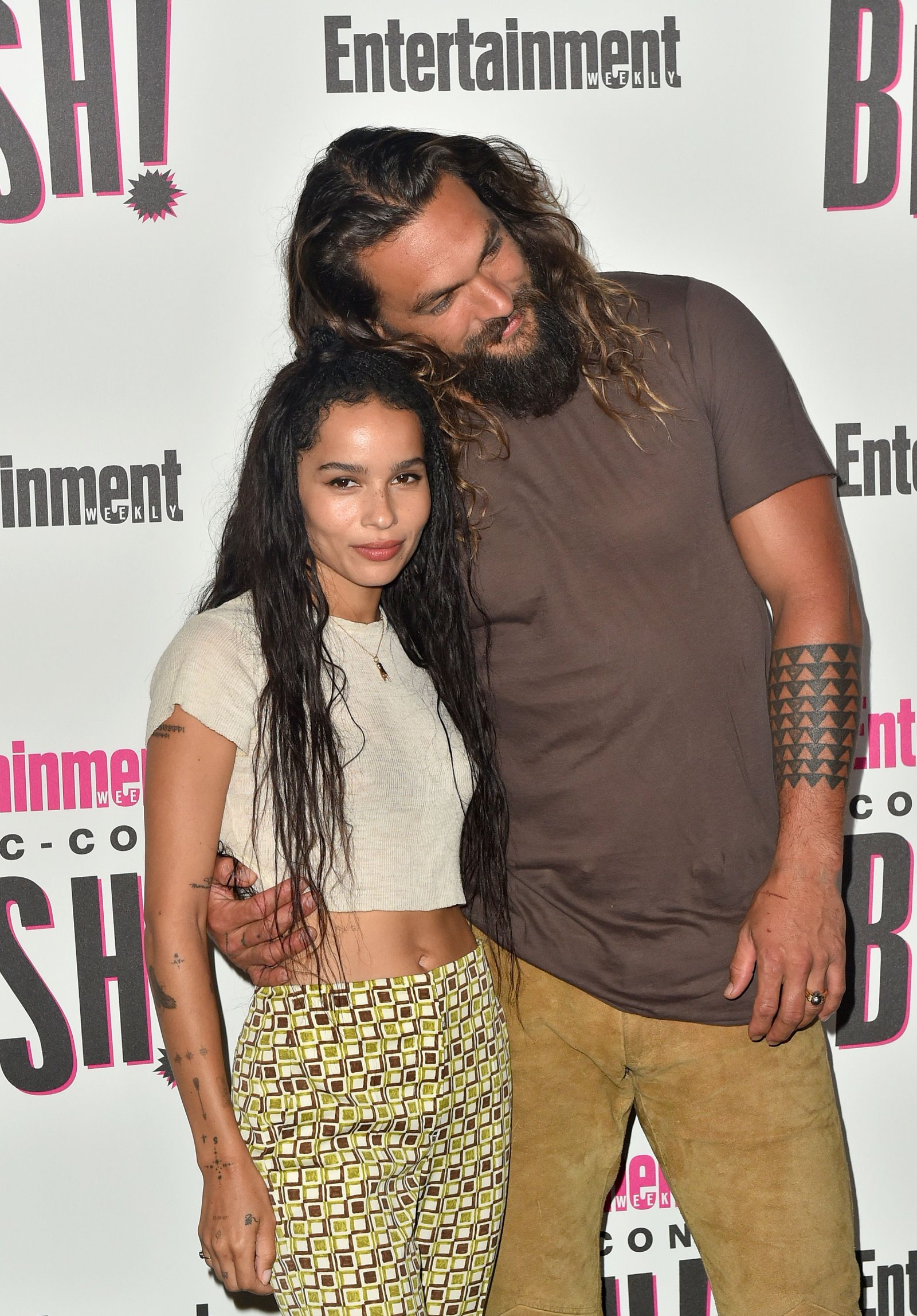 Back when Jason's wife, Lisa Bonet, was married to Lenny Kravitz back in 1988, they welcomed their daughter Zoë into the world.

But now Jason is married to Lisa, and while they have children of their own as well, Jason has stepped in to be a stepparent to Zoë also.

Adorable, I know. Everything he does is adorable, let's face it. 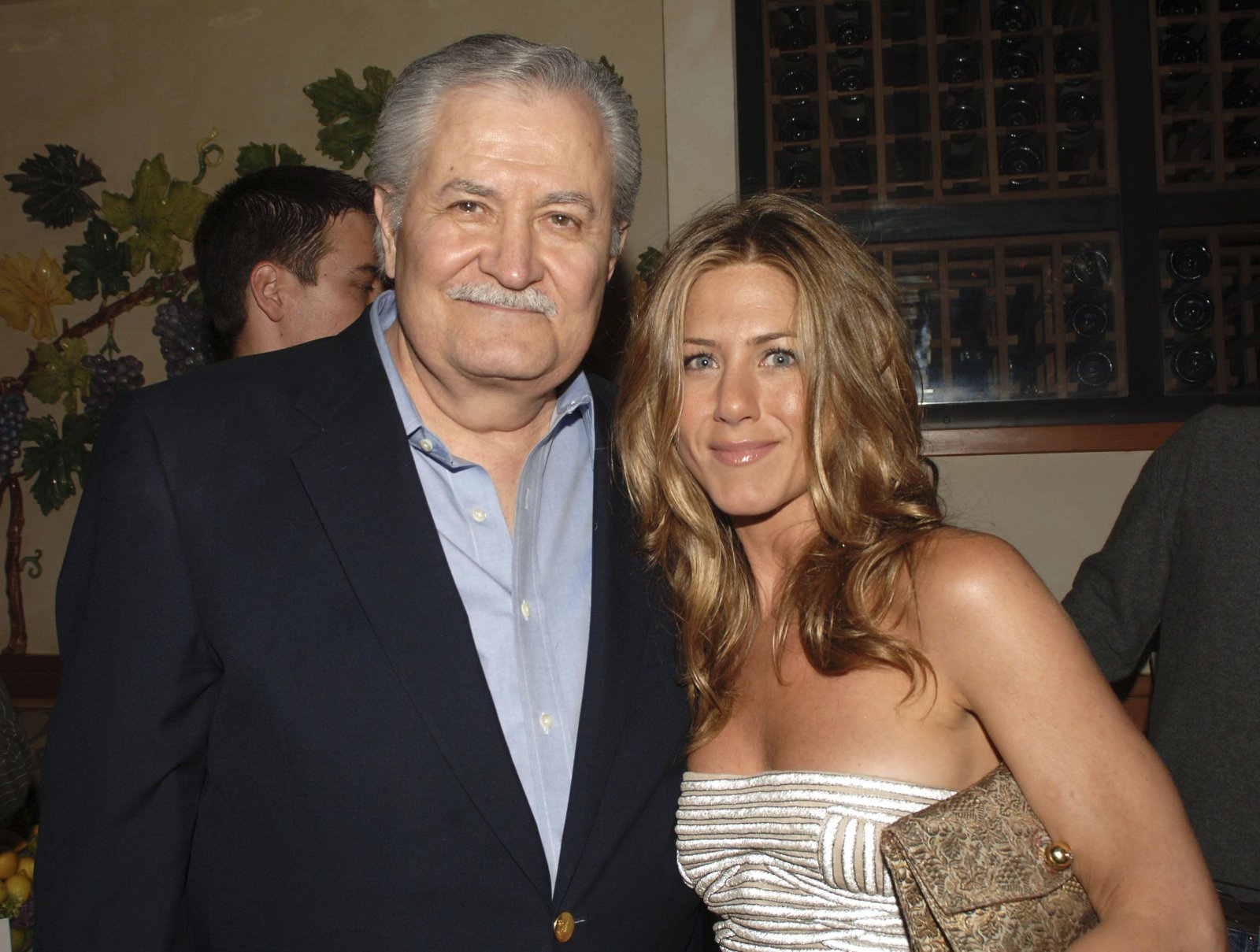 This one goes out to all the soap-opera fans out there!

Jennifer Aniston is the daughter of Days Of Our Lives star, John Aniston — who was a large part of the series for 30 years. 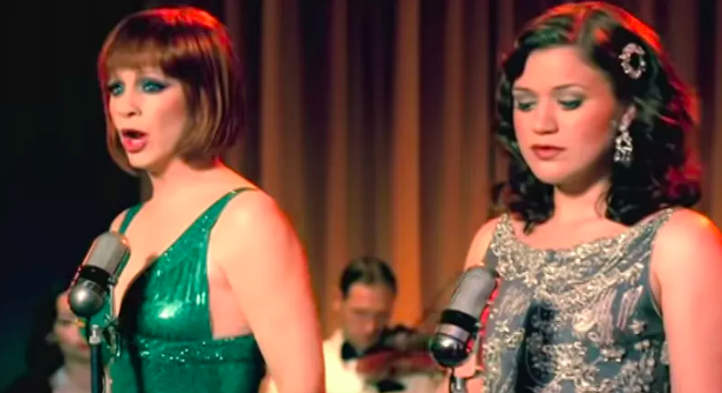 These two vocal powerhouses aren't related biologically. But they do have something that ties them together as family.

After Kelly married her now-husband, Brandon Blackstock, who's also Reba's stepson, Kelly was finally able to call her longtime idol her stepmother-in-law. 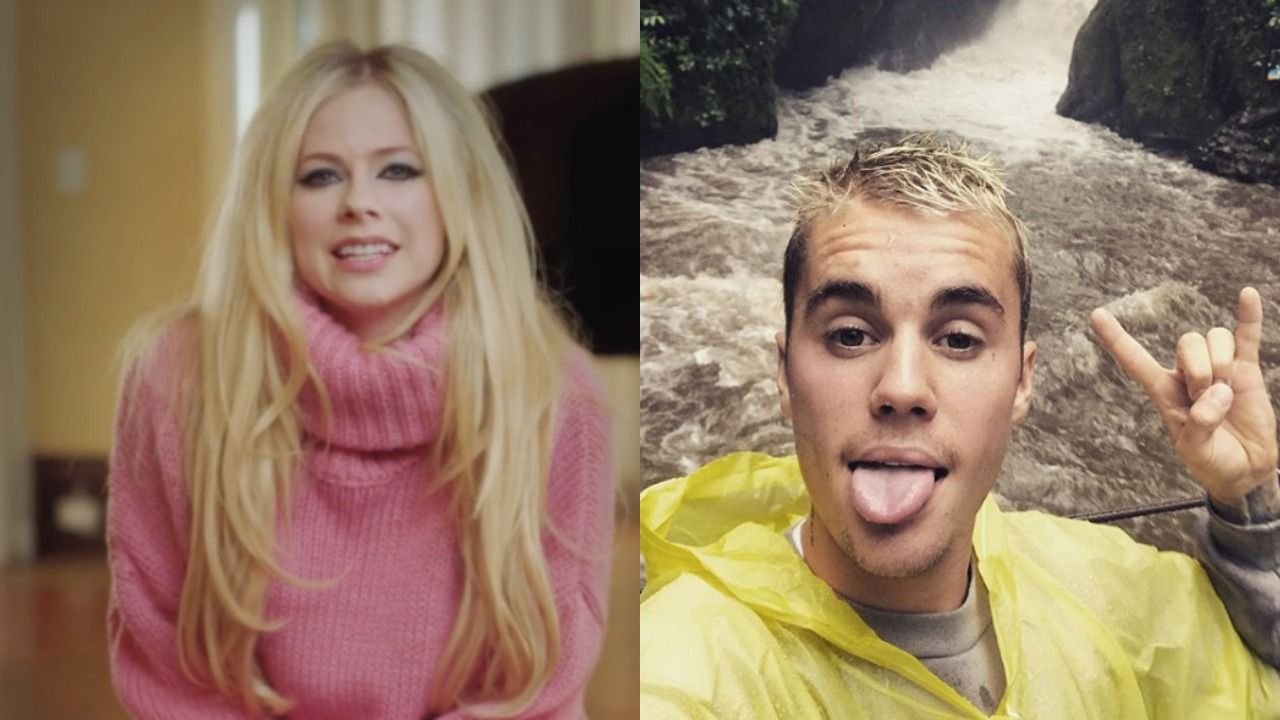 I really wish I was about to tell you guys that these two are secretly siblings or first cousins. But what I've got for you instead is way less exciting.

Through mutual relatives, these two are 12th cousins.

Kate Middleton and the Fanning Sisters 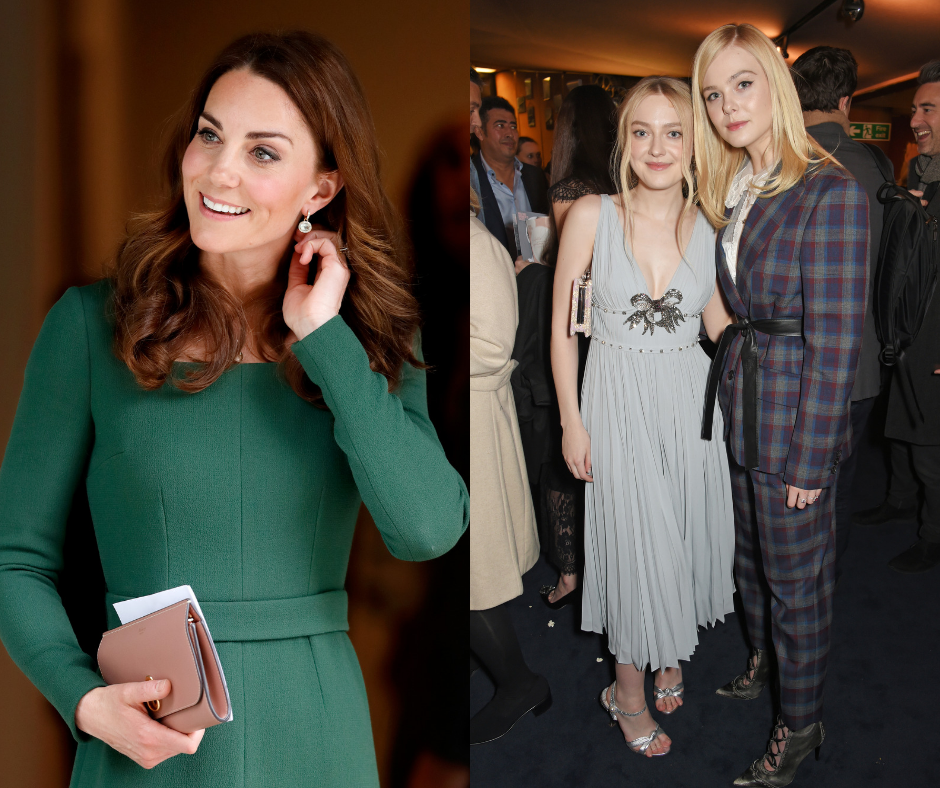 They are all descendants of King Edward III! Nbd. 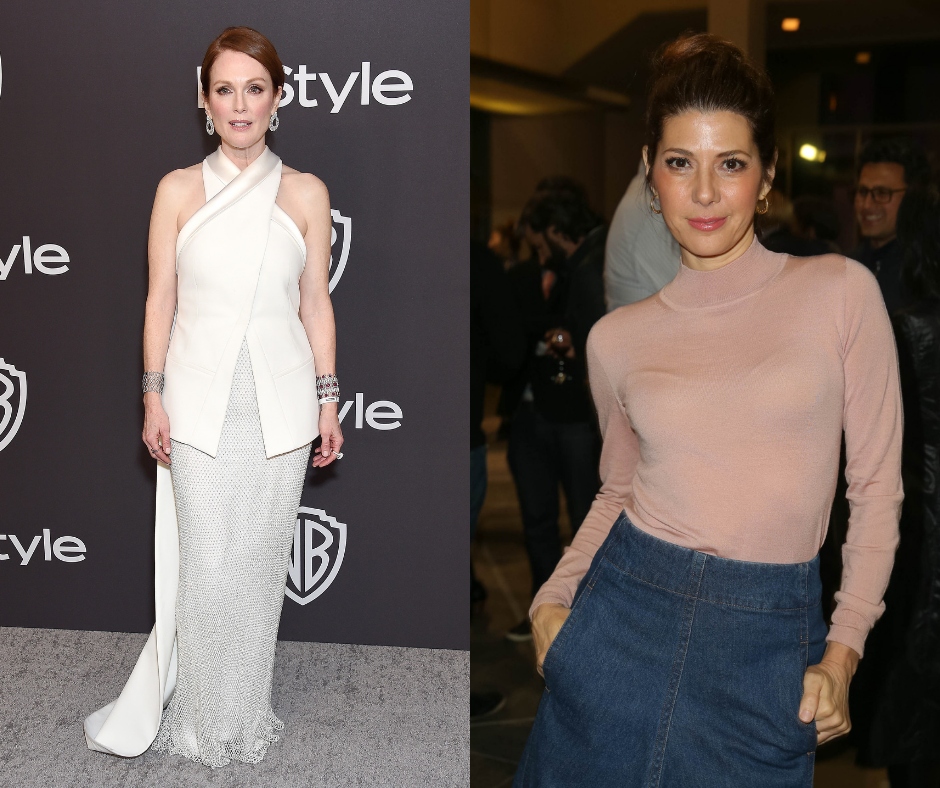 Marissa Tomei first found out about being genetically related to Julianne Moore in an episode for the PBS show Finding Your Roots.

They share identical DNA on her X chromosome. So wild!

The two actually went to school together and have been friends for a long time.

Watch Marissa's Instagram video to catch her shock, amazement, and excitement when she learned the news. 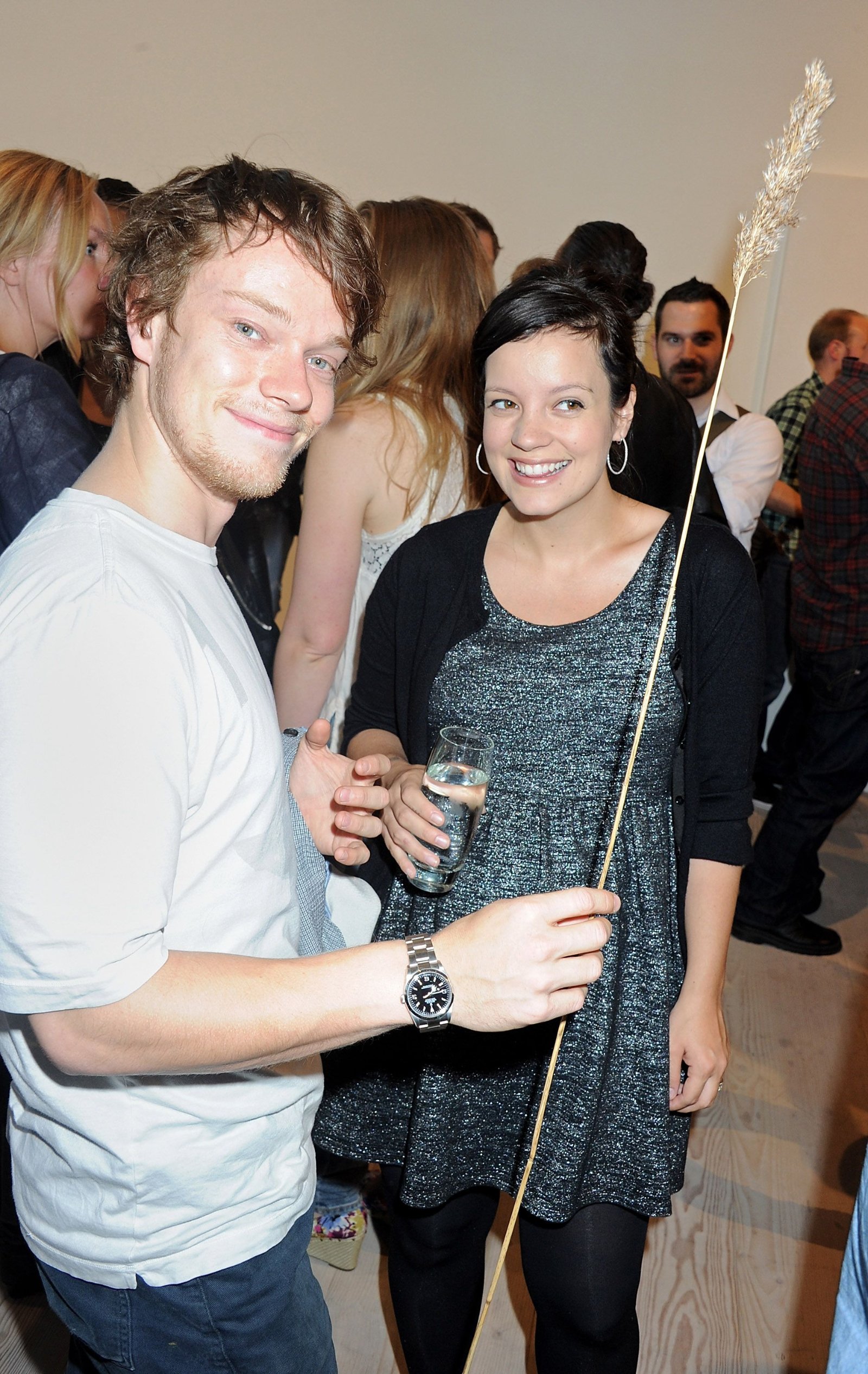 I mean, the last name's might make their siblingship obvious, but unless you live over the pond, you wouldn't know!

I wonder if he tells her all the spoilers or lets her suffer in anticipation like the rest of us. 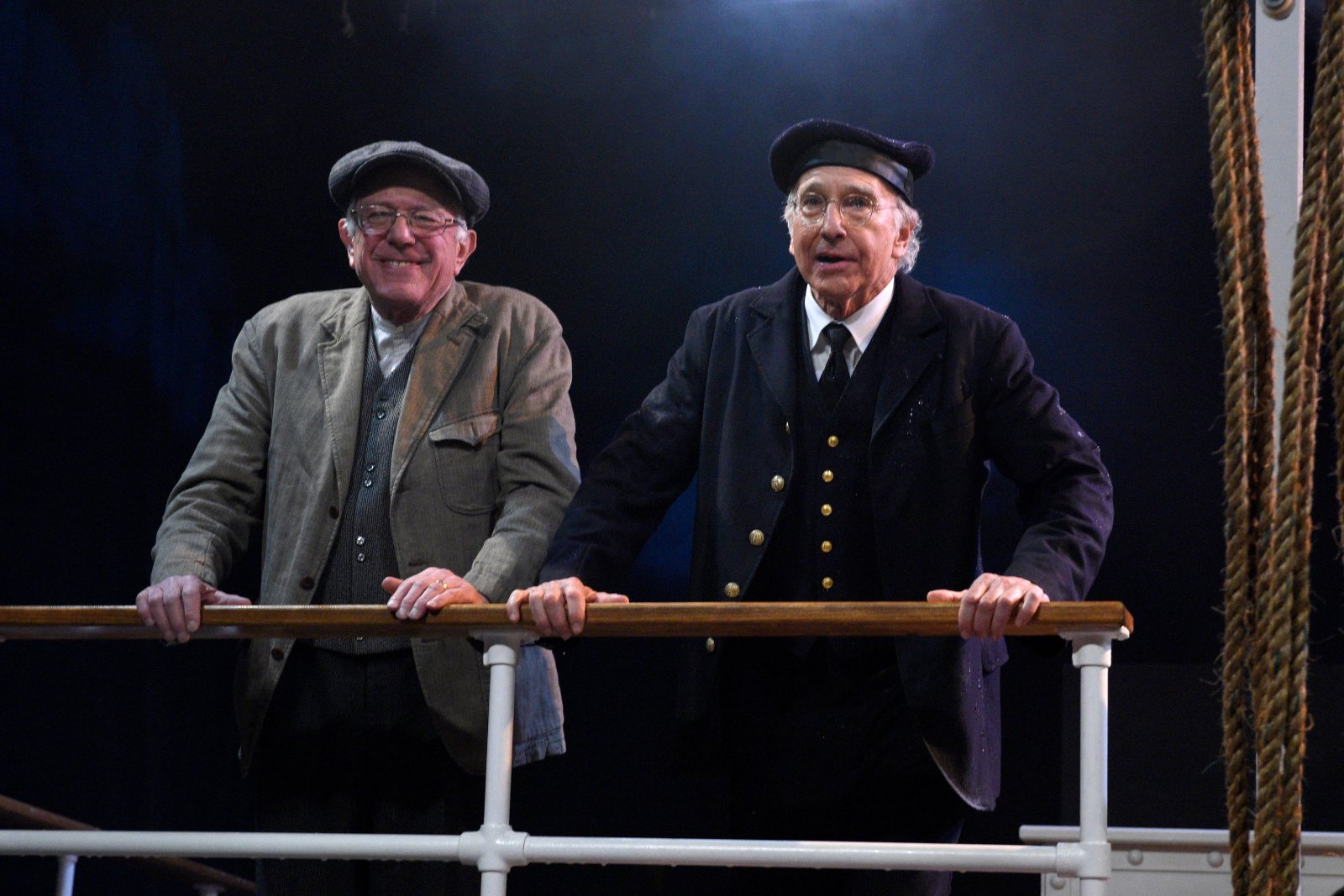 DNA testing is proving to really bring celebrities together! It turns out that Larry David and Bernie Sanders found out each other share DNA from an extremely distance relative on Finding Your Roots, too. 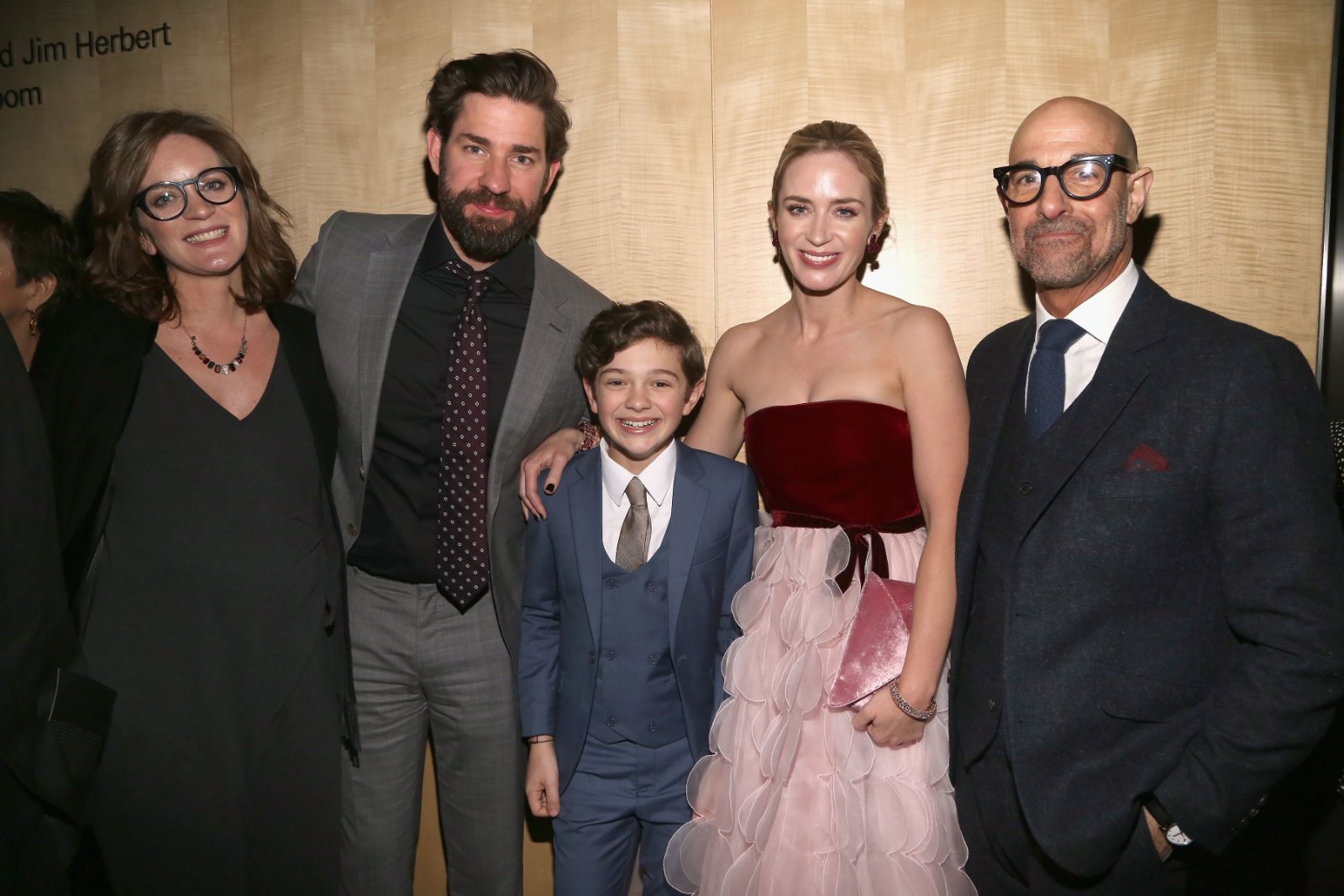 We all know that Emily and Stanley starred in The Devil Wears Prada together back in the day. That co-starring ultimately led to Stanley and Emily's sister marrying one another, which makes Emily his sister-in-law.