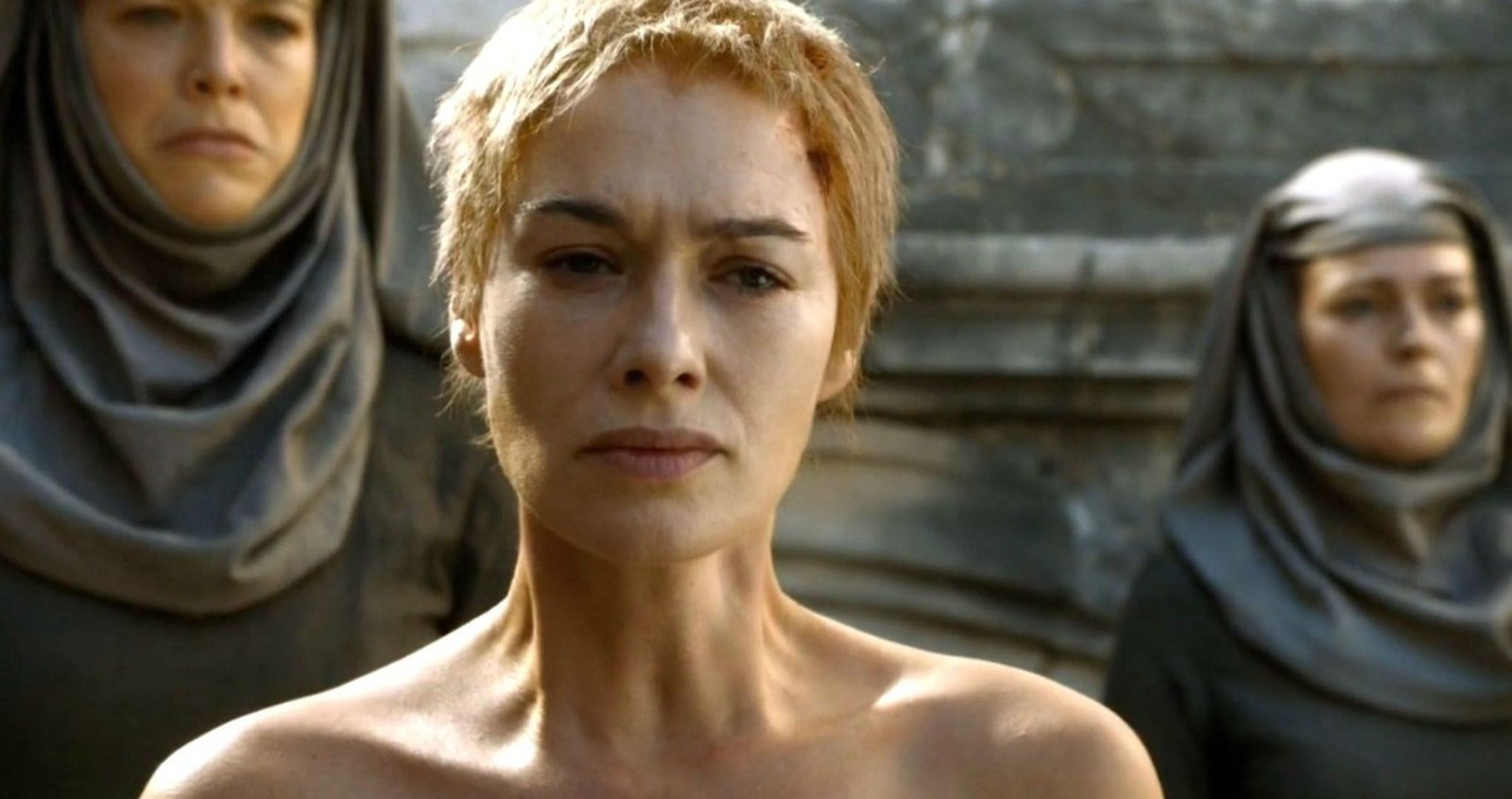 14+ Little-Known Behind The Scenes Facts About 'Game Of Thrones'

Game of Thrones is back for its eighth and final season!

While we're all catching our breath from the season premiere, here are a few GOT tidbits and facts you may not have known. 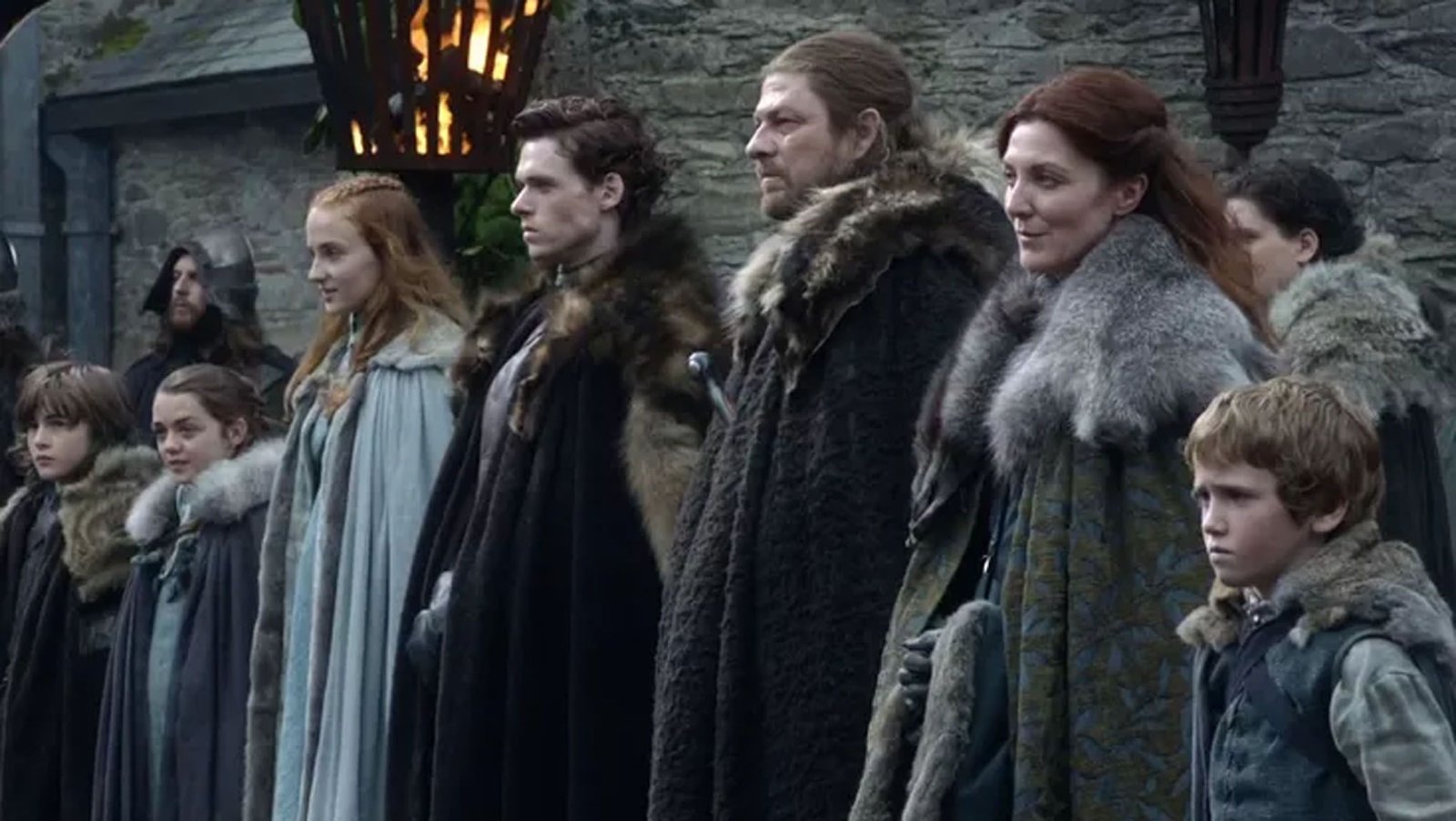 Showrunners David Benioff and Dan Weiss have openly admitted their first Game of Thrones pilot was a bust.

Only a few scenes from that pilot remained in the series' first episode. But the original pilot has never been released. 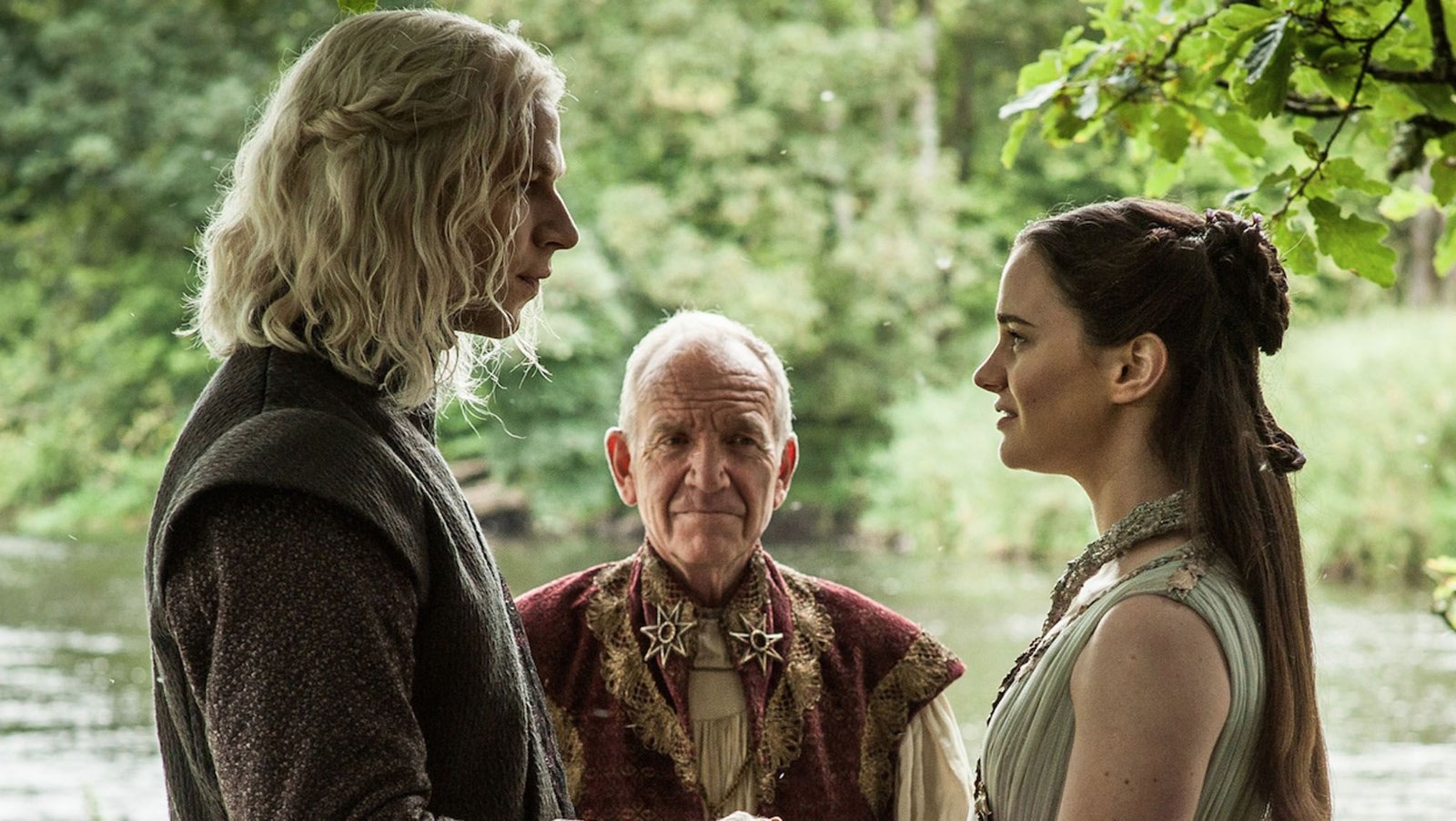 Before George R.R. Martin agreed to give Benioff and Weiss the rights to adapt his novels, he gave them a test.

The future showrunners were forced to tell Martin who they thought Jon Snow's mother was.

They must have been on to Rhaegar and Lyanna from the beginning. 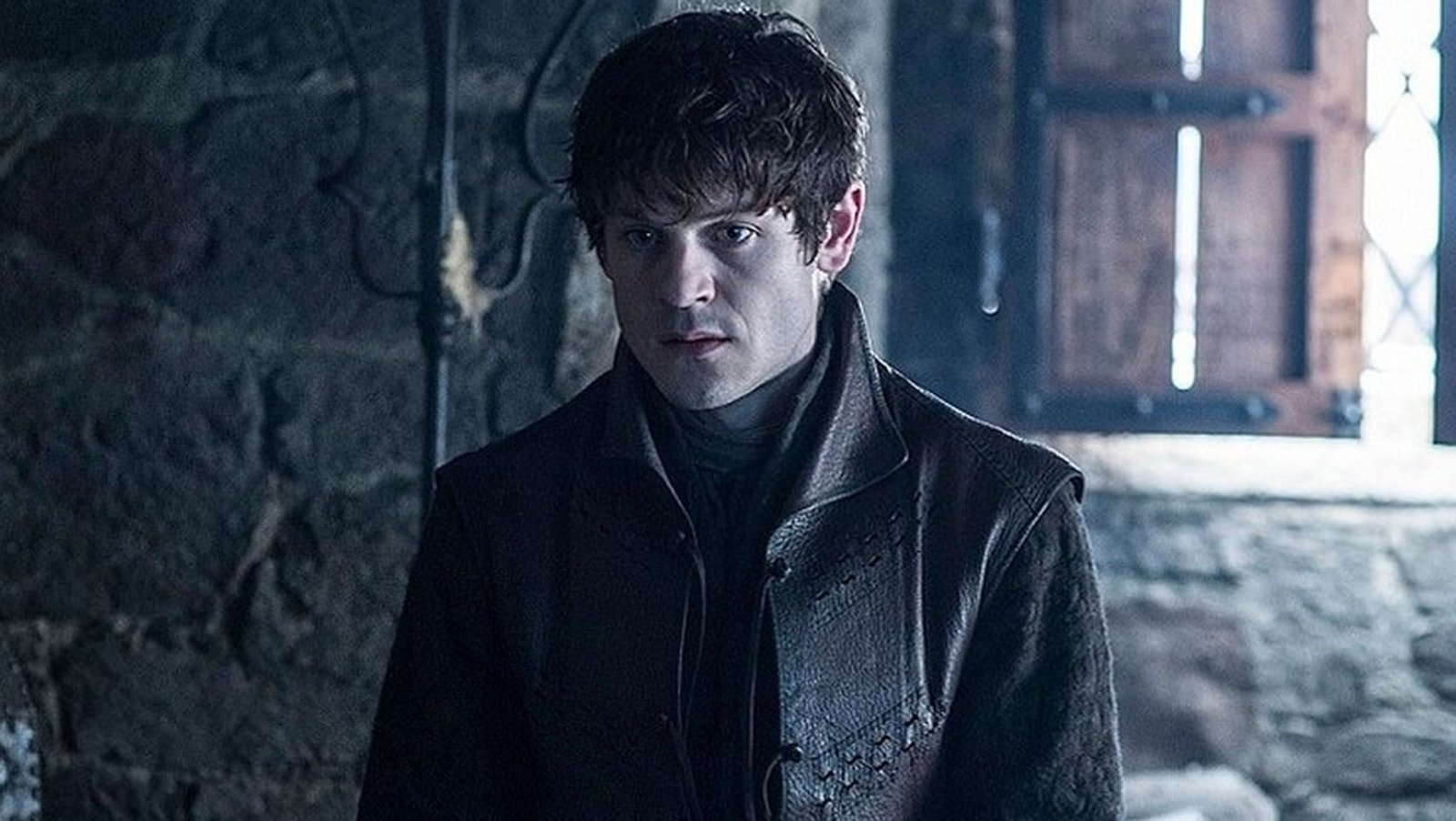 Iwan Rheon was up for the role of Jon Snow before losing out to Kit Harrington.

Instead, Rheon was later cast as the ruthless Ramsay Snow (Bolton).

That added another layer to their "Battle of the Bastards." 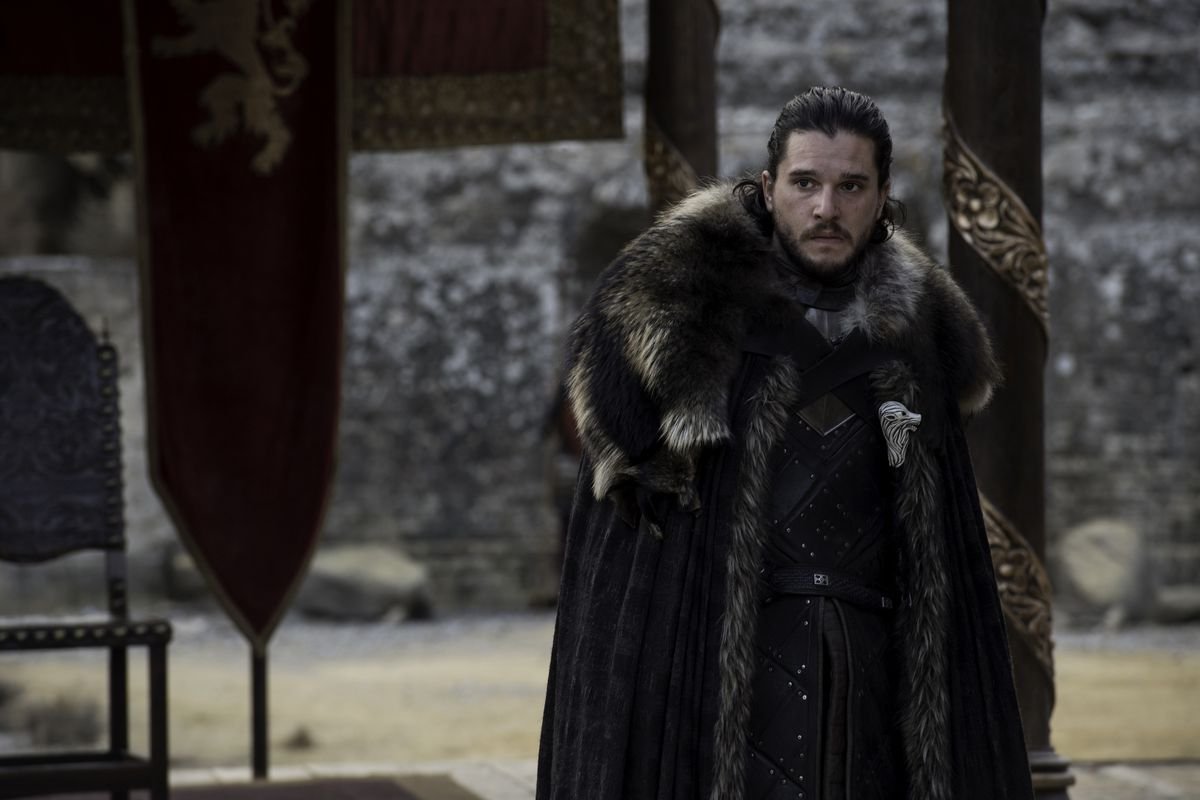 Kit Harrington says that he was in a fight shortly before he auditioned for Jon Snow.

He had a visible black eye during that audition, which he credits with helping him land the role of a lifetime.

The Heaviest of Robes 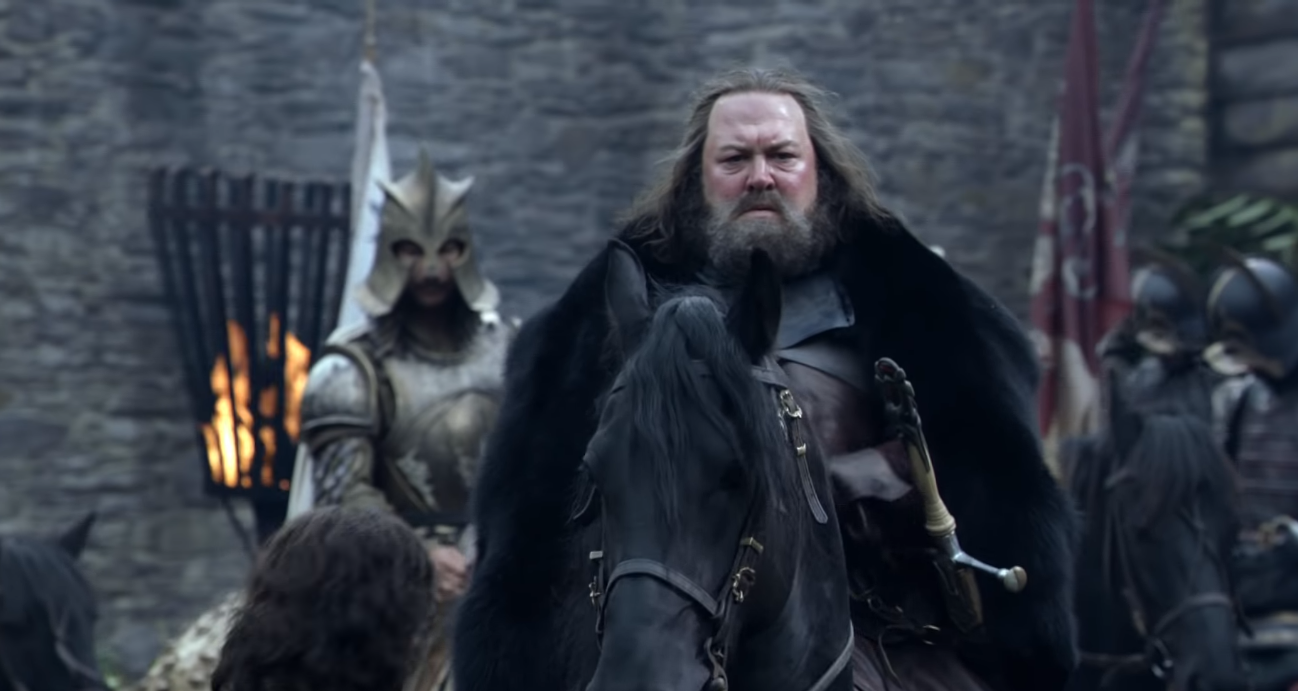 The robes that Mark Addy wore while playing Robert Baratheon carried quite the load.

Nikolaj Coster-Waldau said that Addy would need help getting down from his horse in order to finish filming certain scenes.

Years before he performed the Haka at the Aquaman premiere, Jason Momoa brought it to Game of Thrones.

Momoa performed the war dance while auditioning for Khal Drogo.

It's the Deadliest Show 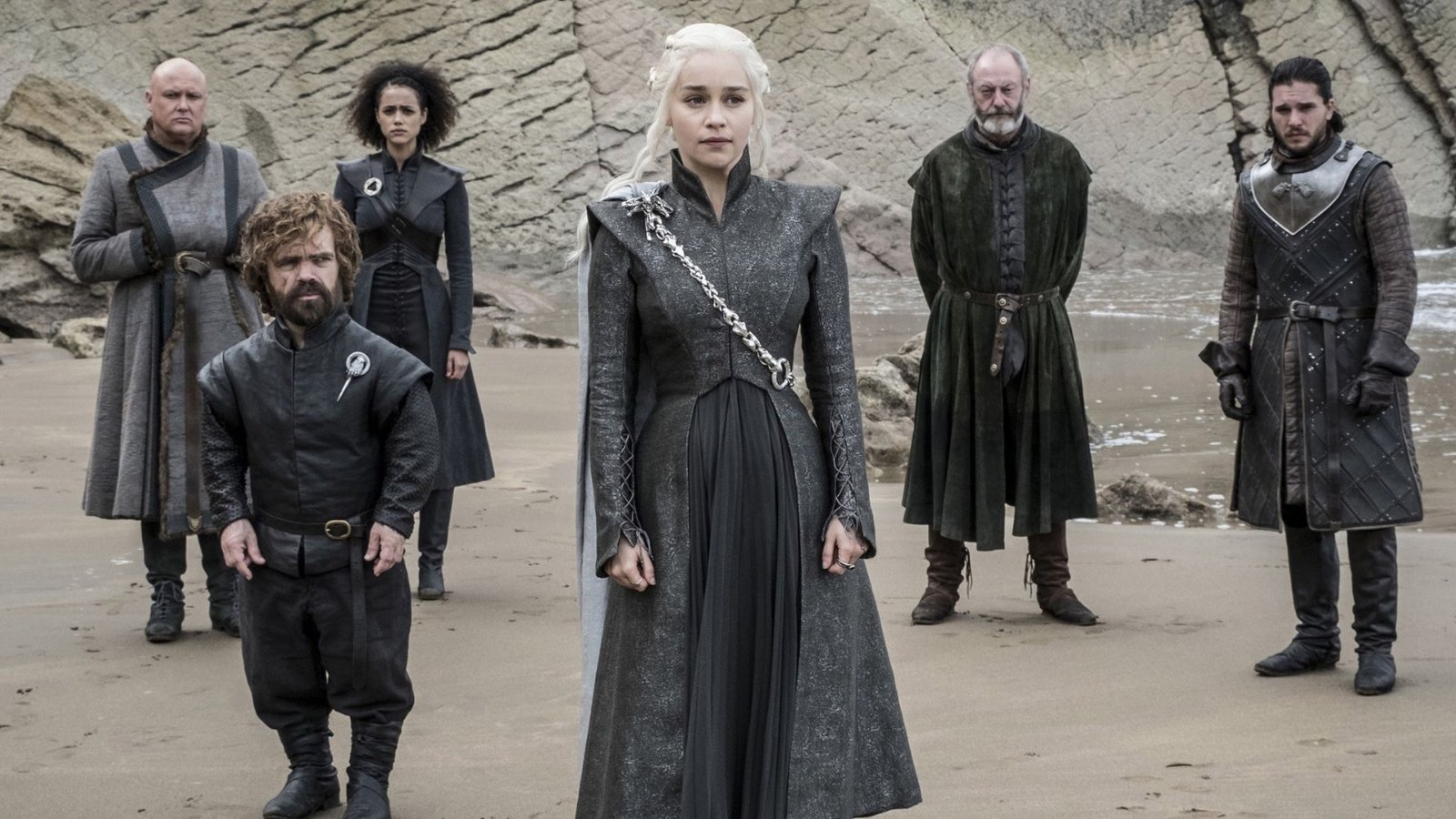 Death is such a constant companion on Game of Thrones that we're surprised it doesn't have top billing!

Only two episodes are completely death-free: "The Bear and the Maiden Fair" and "Blood of My Blood."

Isaac Hempstead recently stopped by at Jimmy Kimmel Live! and shared why it's easy for him to master Bran's creepy stare.

"I’m getting good at this kind of intense stare, but it’s actually aided by the fact that I’m completely blind when I’m on set," he told Kimmel.

However, Sophie Turner couldn't bear to be parted from her canine companion.

So she adopted her.

The Mother Of Dragons Was Almost Unseated 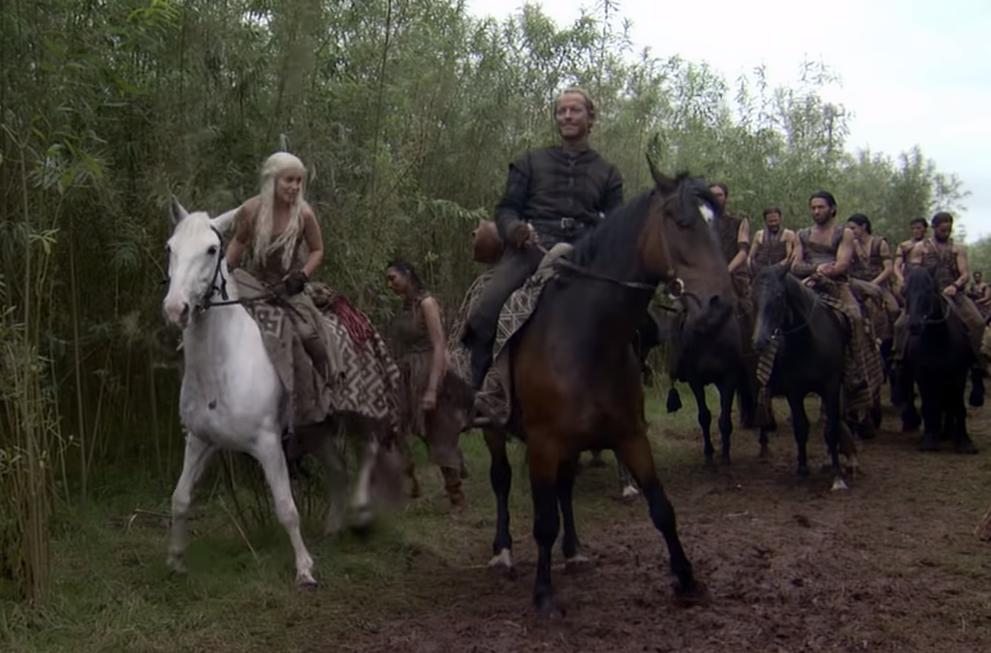 During her first day on set, Emilia Clarke almost fell off of her horse in Belfast and had to yell, "Please stop filming!"

Clarke said she cried shortly after the incident and even called her mom later.

On the bright side, Clarke says she's had way more "spine-tingling, goosebump, joyful, punch-the-air yay" days on the show since then. 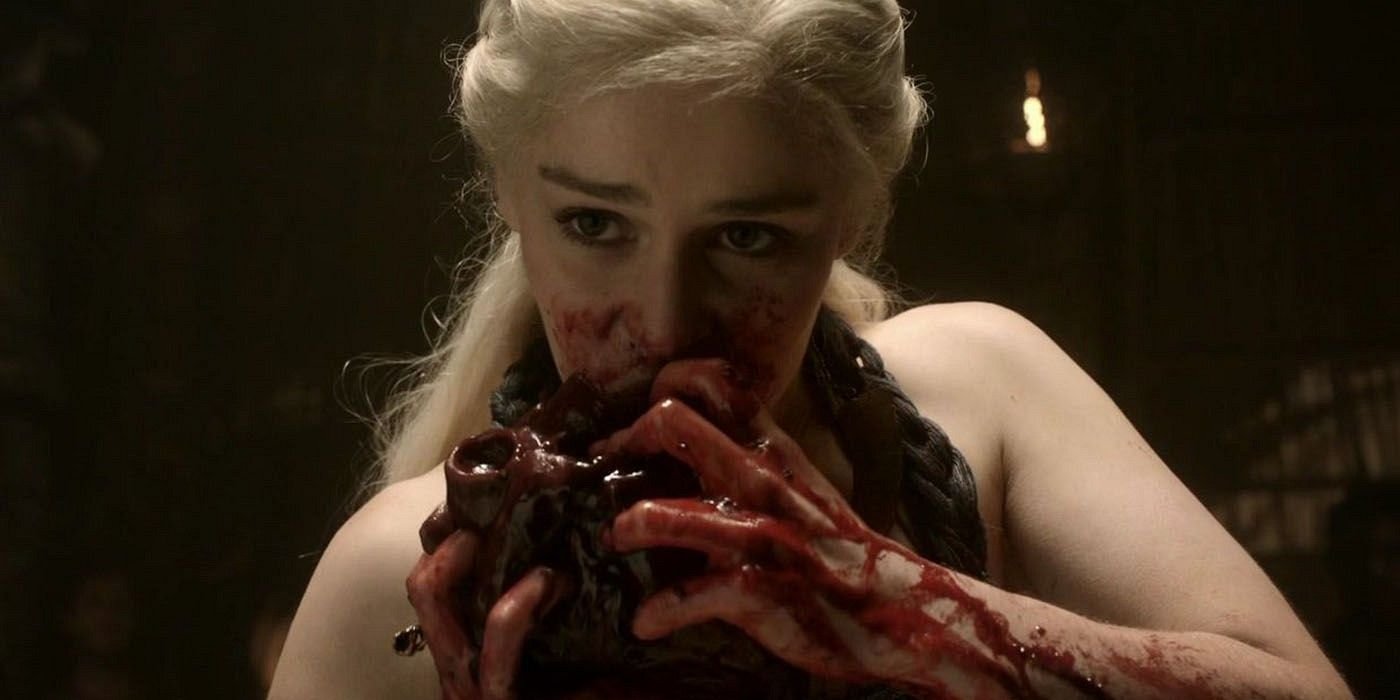 The "heart" was actually an edible gummi creation, and very sticky.

So much so, that Clarke says she was stuck to a toilet after filming the scene!

The Space Between Them 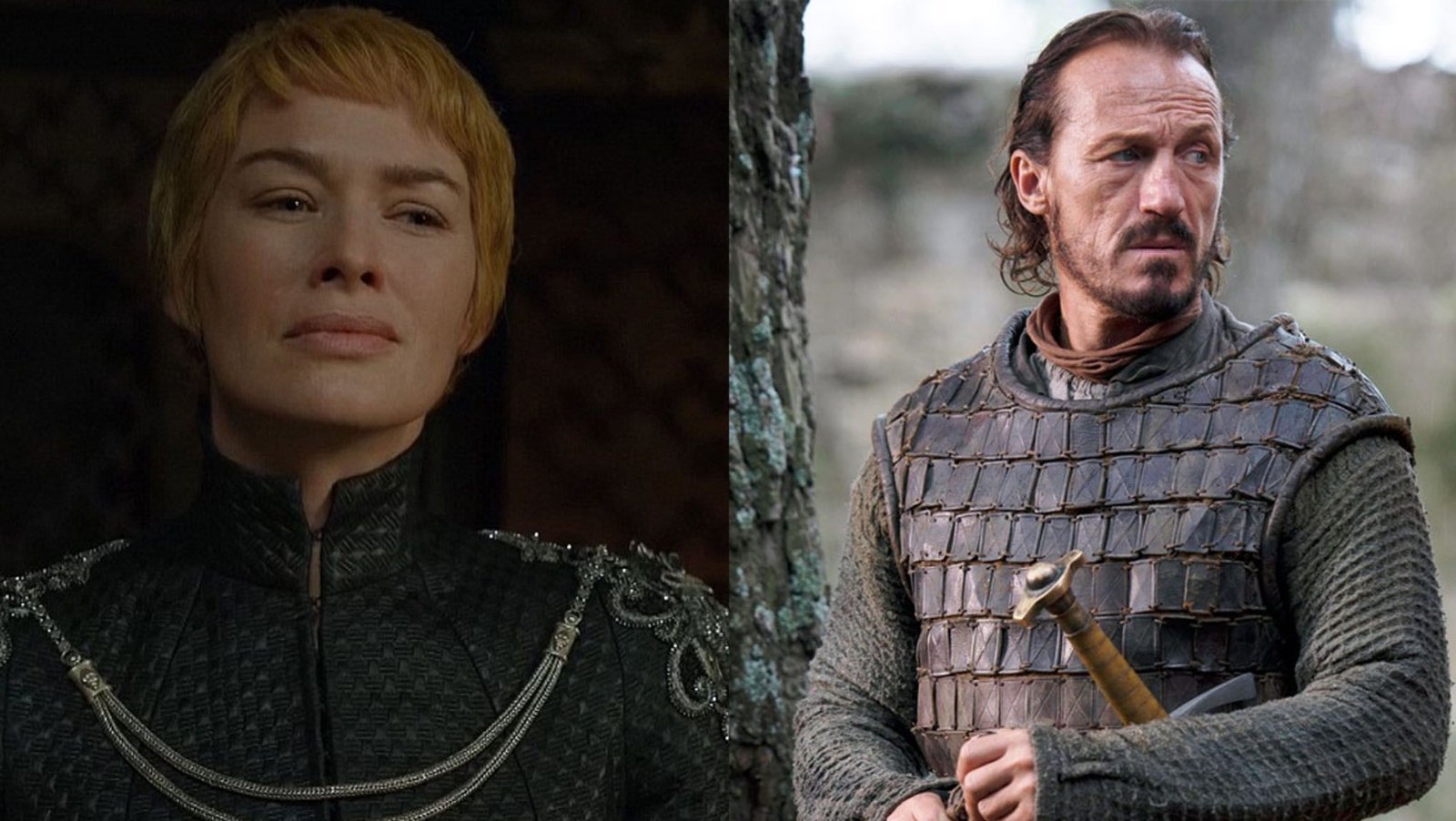 Have you ever noticed that Cersei and Bronn rarely share a scene together?

Lena Headey and Jerome Flynn reportedly dated nearly two decades ago, but can't get along now.

It would have added extra flavor if Cersei had personally made her offer to Bronn in the season premiere!

"Jerome and Lena aren't on speaking terms anymore and they are never in the same room at the same time," The Guardian reported. 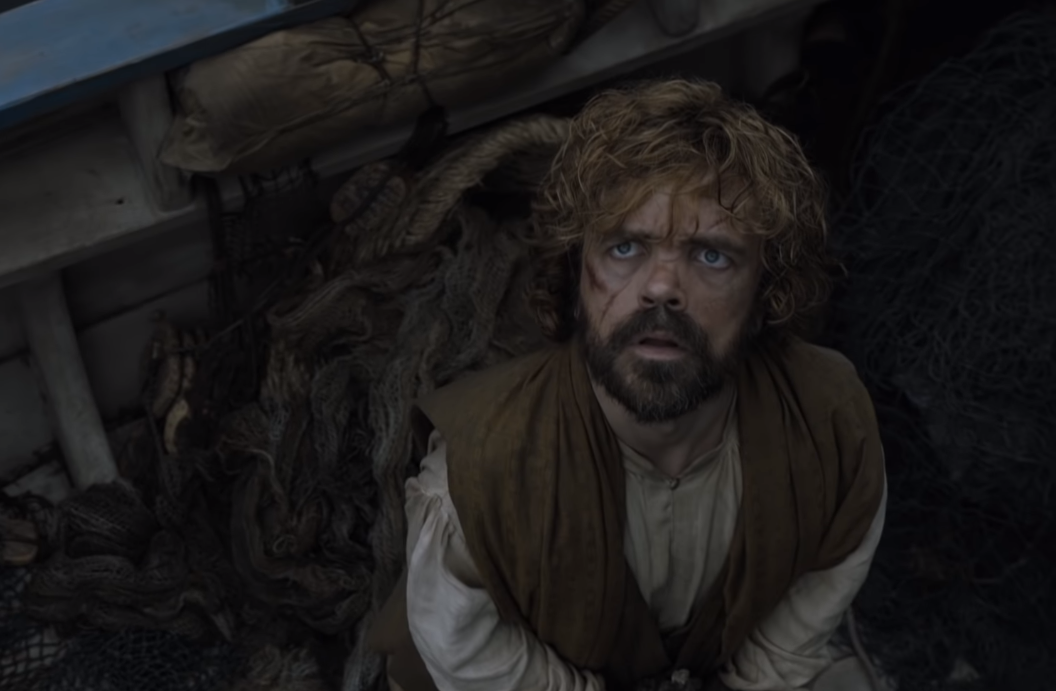 "When I first heard that they were interested in me for a fantasy show, my first reaction was, 'ugh no.' Especially being my size," said Dinklage.

Obviously, he's had a change of heart since then. He even went on to say he's grown so close to his character that he's going to have a hard time saying goodbye.

Maisie Williams And Sophie Turner Had A Messy Introduction

The first time that Maisie and Sophie shared a scene together, Maisie flung a spoonful of pigeon pie at Sophie.

The on-screen sisters are actually really close friends IRL. Who knew a food fight would lead to a years-long friendship? 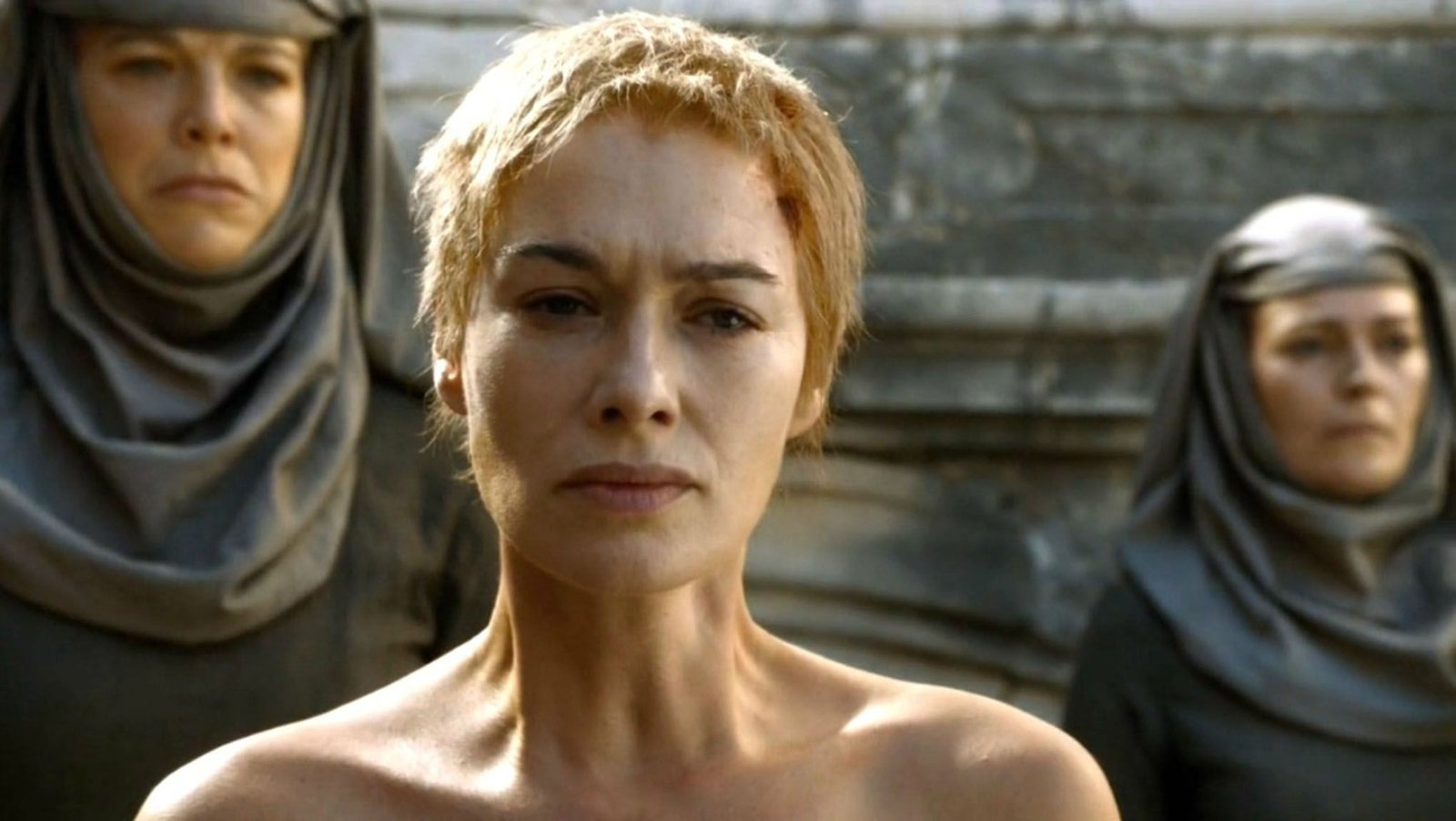 Speaking of Headey, did you know that she physically wasn't there for Cersei's most humbling scene?

The walk of shame was accomplished with a body double for Headey, while her head was added with CGI.

Some Actors Wore Many Hats

You may not have noticed that one actor has played three different roles on the show.

Thanks to the magic of makeup and special effects, Ian Whyte has played The Mountain, a few White Walkers and the giant wilding Wun Wun!

The Brotherhood Without Banjos

They call themselves The Brotherhood Without Banjos, and it's a very fitting name!

George W. Bush Made A Cameo 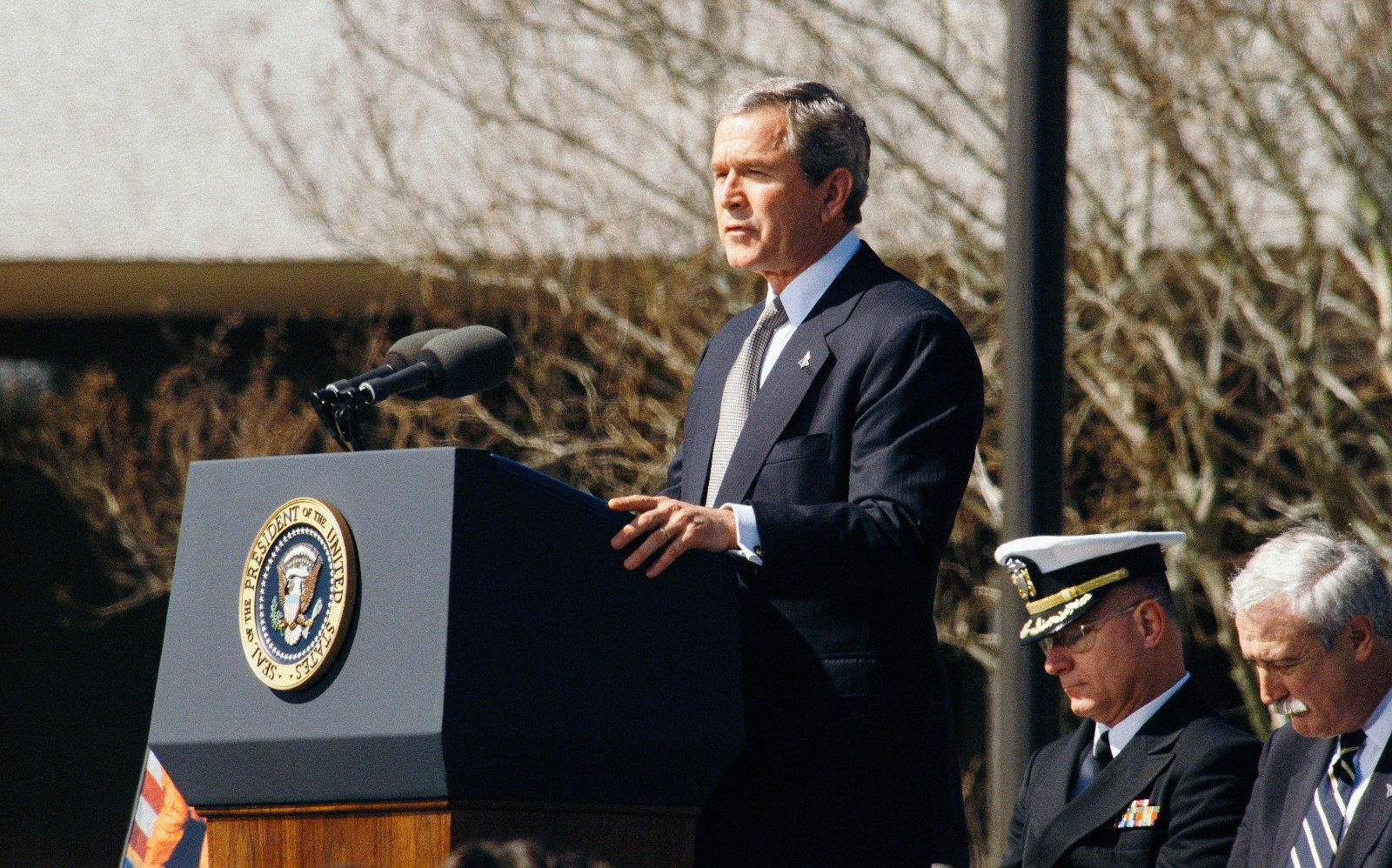 The former president was found decapitated during some seasons in season one.

The head went unnoticed at first, that was until the show's creators David Benioff and D.B. Weiss explained the slip-up in the DVD commentary.

"It's not a choice, It's not a political statement. We just had to use whatever heads we had lying around," they explained.

HBO and the show's creators later issued statements apologizing for the Bush prop and HBO promised to remove it from all future DVD productions. 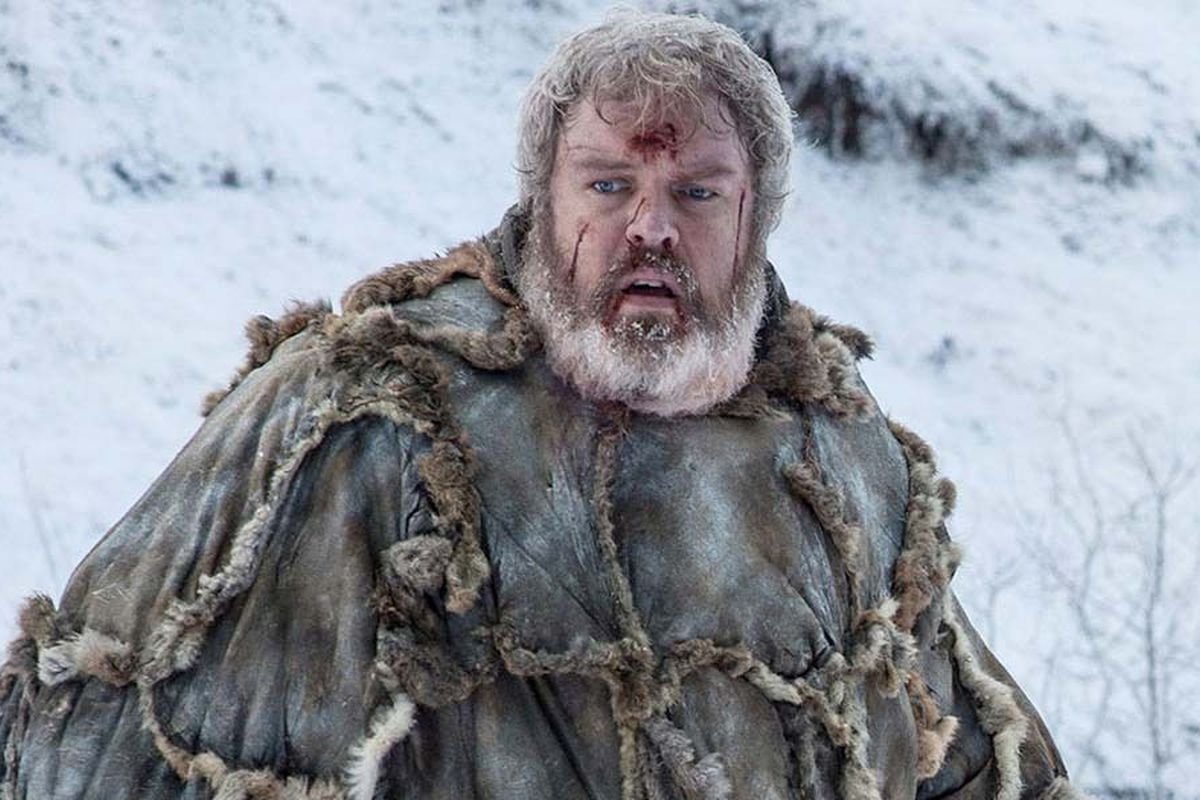 Kristian Nairn says he has over 70 different ways to say "Hodor."

Will zombie Hodor ever come back to the show to Hodor again?

The Things We Do For Love 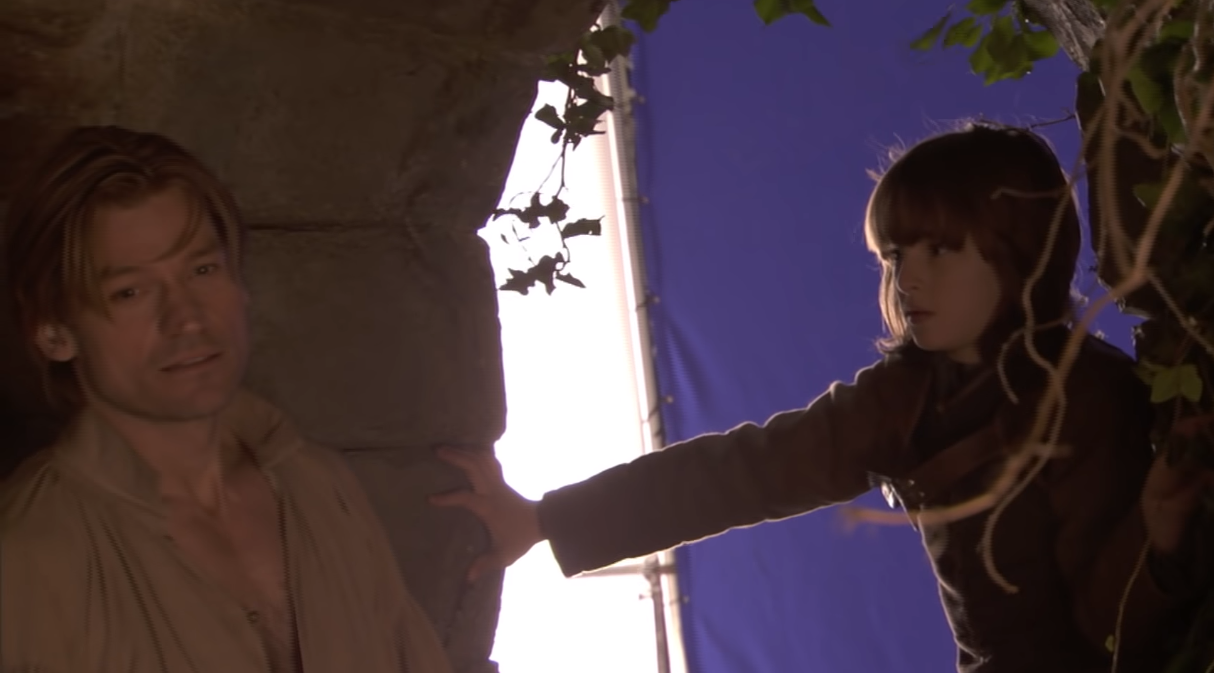 Nikolaj Coster-Waldau who plays Jamie Lannister says there were three different versions to the tower scene at the end of GoT.

Each one, he said, involved a different amount of nakedness with Jamie either shirtless or completely nude.

In the end, the fully clothed version is what made the final cut. 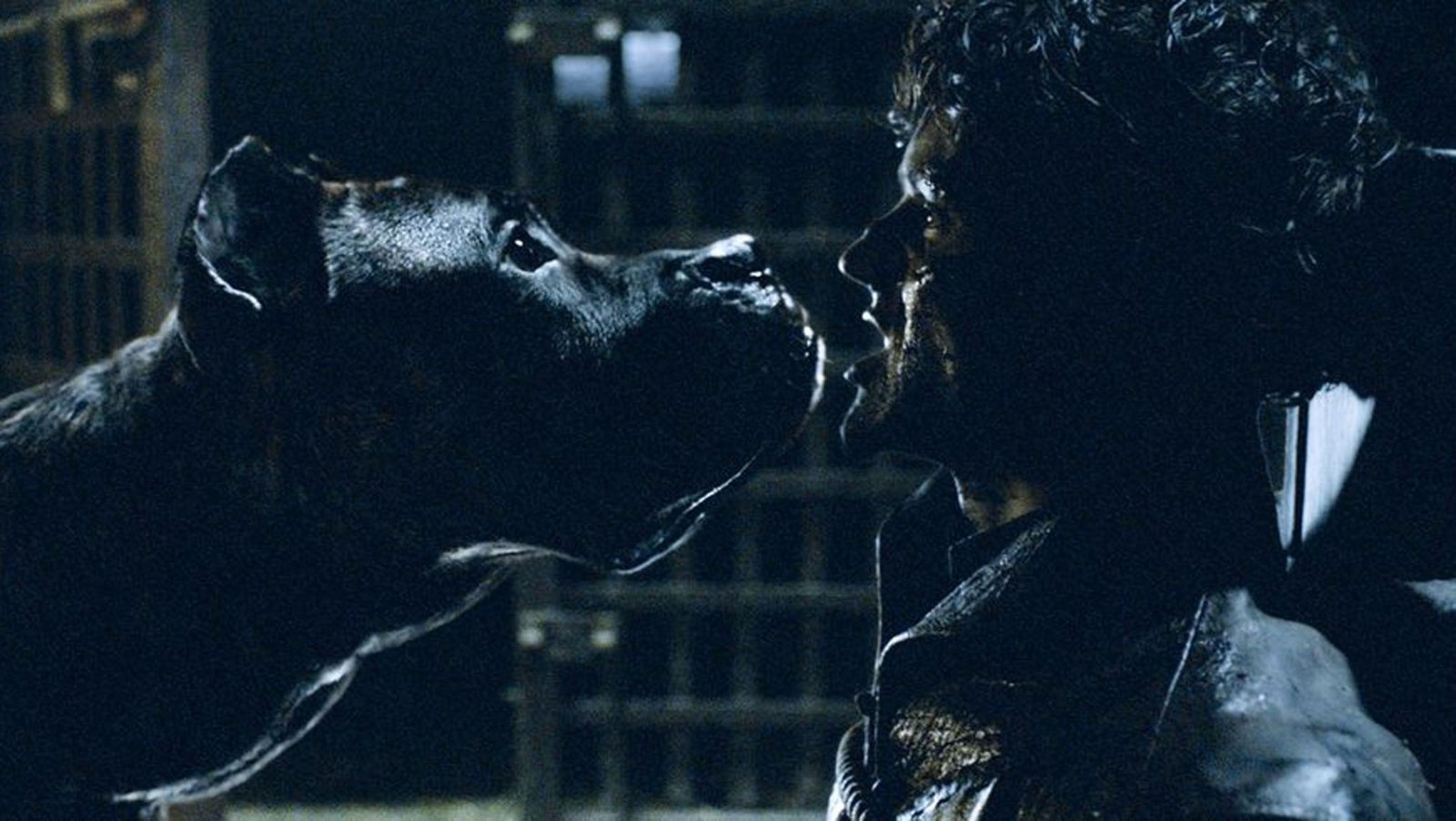 Ramsay's demise at the teeth of his own dogs was a gruesome off-screen death.

However, it was originally filmed and brought to life in unnerving detail.

Even the producers thought it was too far for this show! 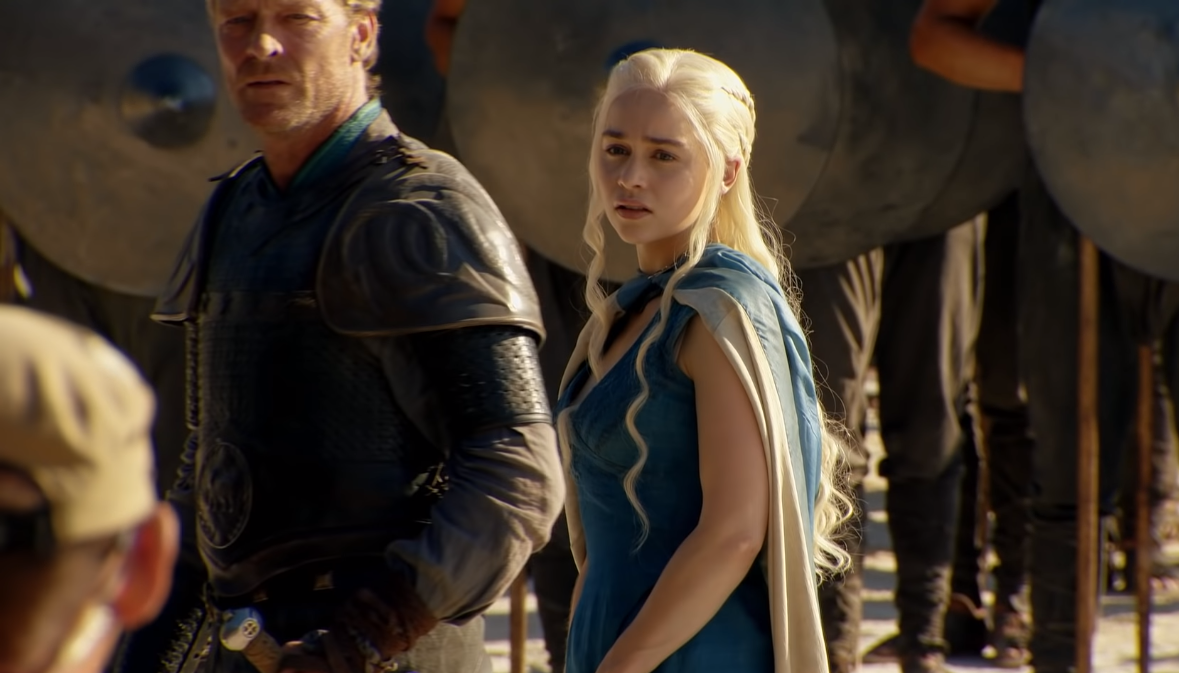 Emilia Clarke drew from real-life experiences when she played the fiery Daenerys on GoT.

Clarke said that whenever she experienced real-life problems and triumphs, she would channel those feelings into her role as Daenerys.

She also said that this means every major scene involving Daenerys, reflects every major moment in her life so far.

The Iron Throne Isn't What It Used To Be 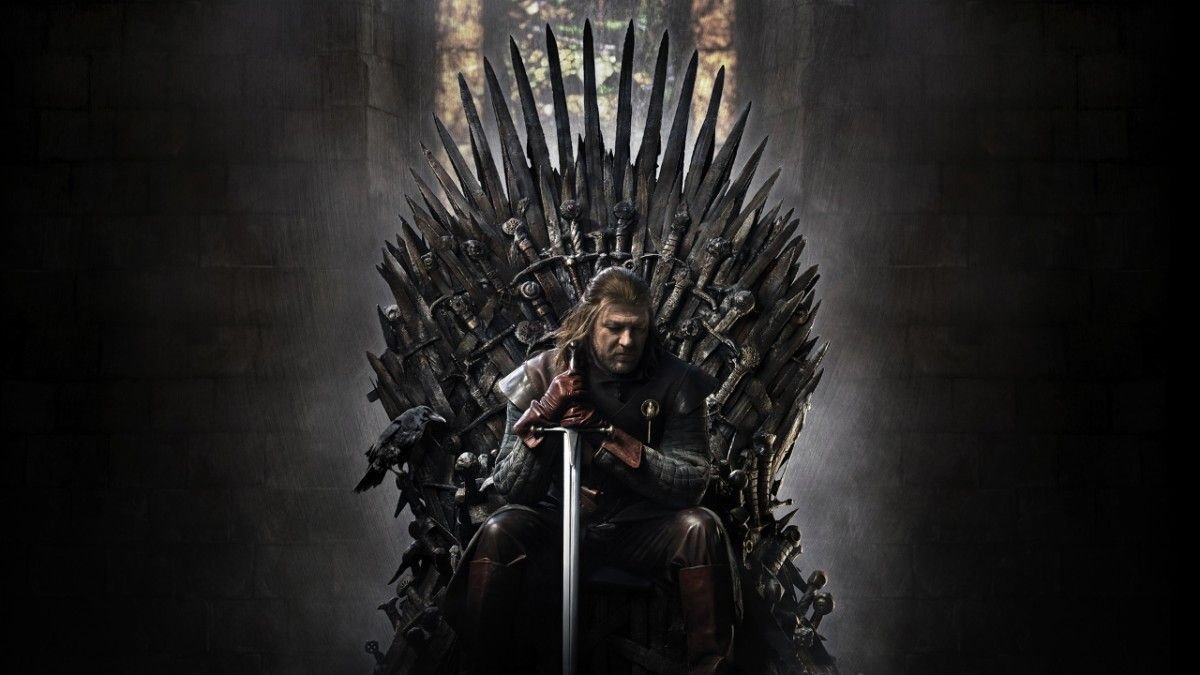 The Iron Throne has been a part of the show's iconography from the very beginning.

But Martin's vision for the Iron Throne didn't line up with the showrunners' take.

In the novels, it's comprised of thousands of swords in a huge assymetric throne that requires a staircase to reach.

The Blood of Kings 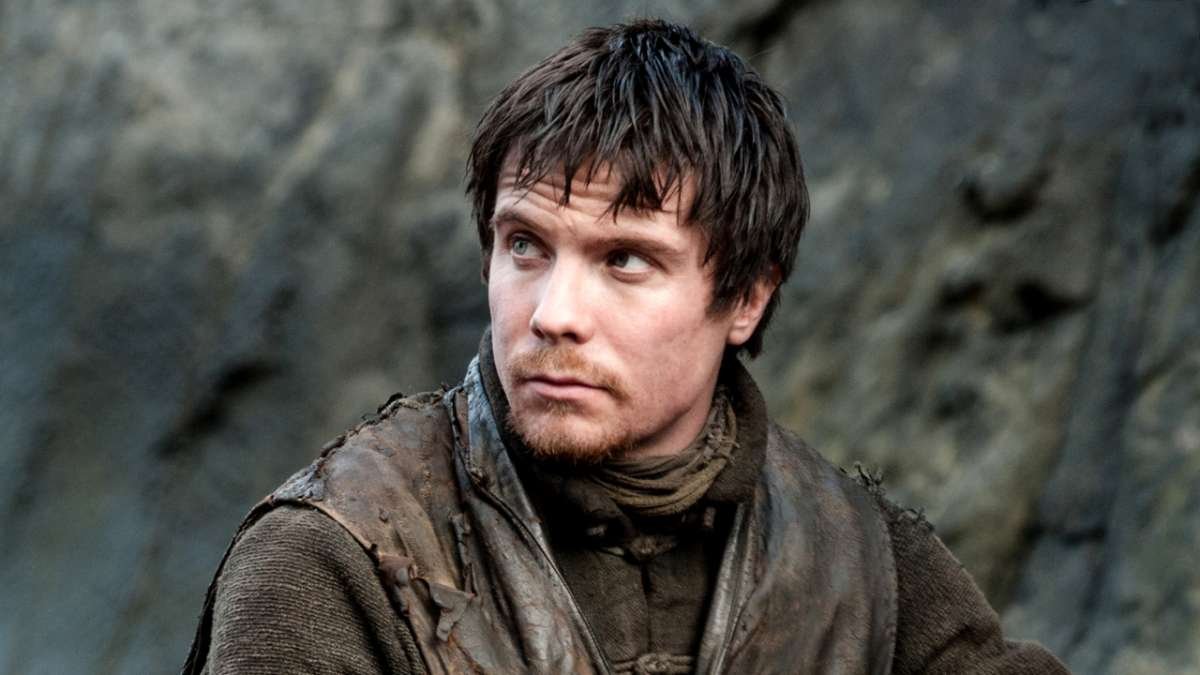 Gendry is the last surviving bastard of King Robert Baratheon, but he may be distantly related to another line of kings.

To claim the crown, Robert noted that his grandmother was a Targaryen.

That would make Gendry a Targaryen as well.

How's that for being mind-blown?