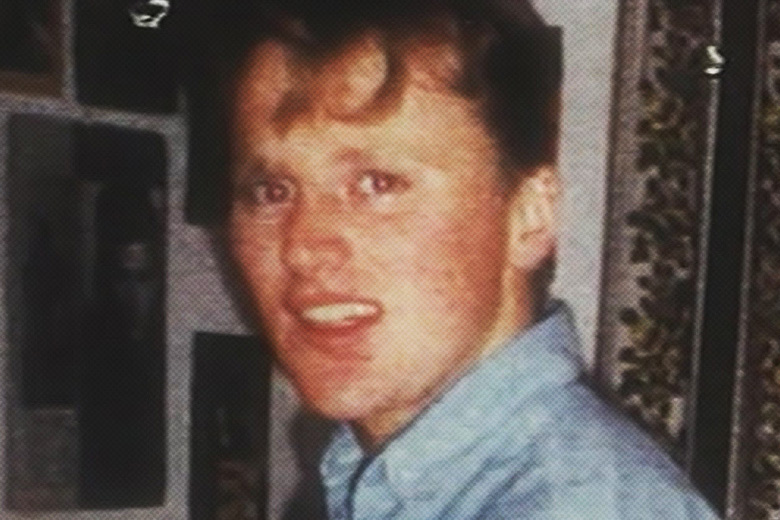 While everyone today knows how dangerous it is to get into a car with a complete stranger, hitchhiking was a perfectly normal way for people, especially backpackers, to get from one place to the next in Australia in the early 1990s. In January 1990, a British backpacker named Paul Onions thought it was perfectly safe to hitchhike his way down the eastern coast of Australia. However, in the years that followed, Paul and the rest of Australia learned the hard way why you should never accept a ride from a stranger… 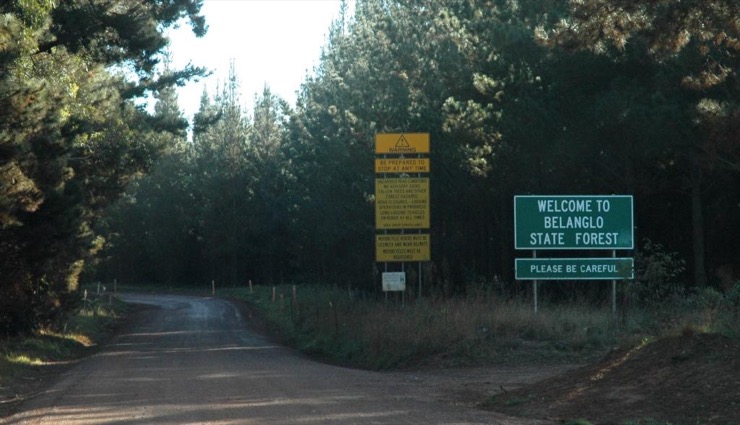 On the morning of September 19, 1992, 2 runners arrived at Belanglo State Forest, a pine forest in New South Wales, Australia. The runners had planned a day of orienteering, a sport that involves running from point to point through unfamiliar terrain with the help of a map and a compass.

That Saturday morning, the runners had planned to orienteer through the state forest, which is about a 2-hour drive southwest from Sydney. However, while running through a remote part of the forest, the 2 runners stumbled on something that stopped them in their tracks… 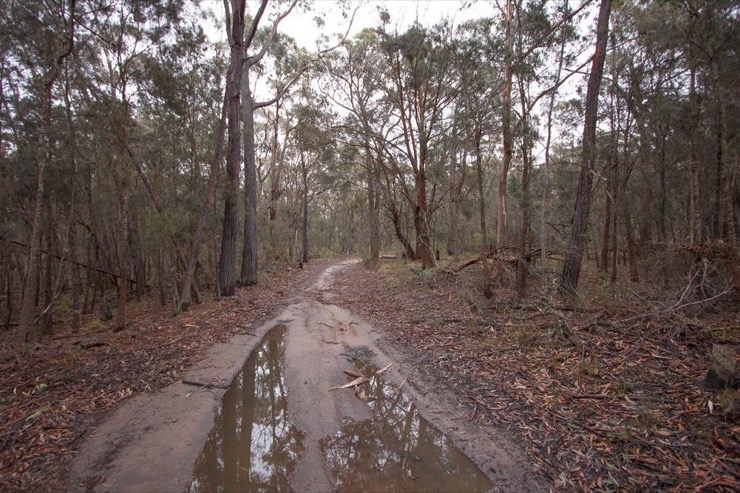 The runners were making their way through a part of Belanglo State Forest known as Executioners Drop when they stumbled upon a decaying corpse. They immediately called the police to report what they found and lead the detectives to the spot where they found the body.

Police collected as much evidence from the crime scene and the body as possible, but while searching for evidence to help them identify the body and hopefully help them find the killer, police constables Roger Gough and Suzanna Roberts discovered another body about 100 feet away… 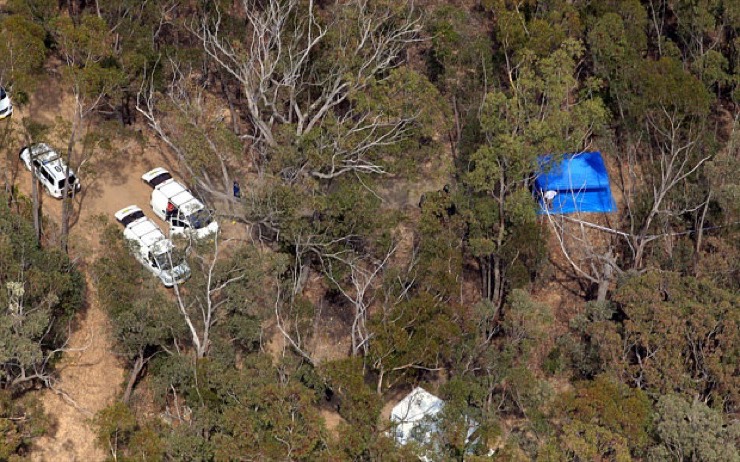 The bodies were both found underneath a pile of twigs, ferns, and sticks and were both positioned face-down with their hands behind their backs. While the bodies were badly decomposed, police were still able to get an idea of what happened prior to their murders. 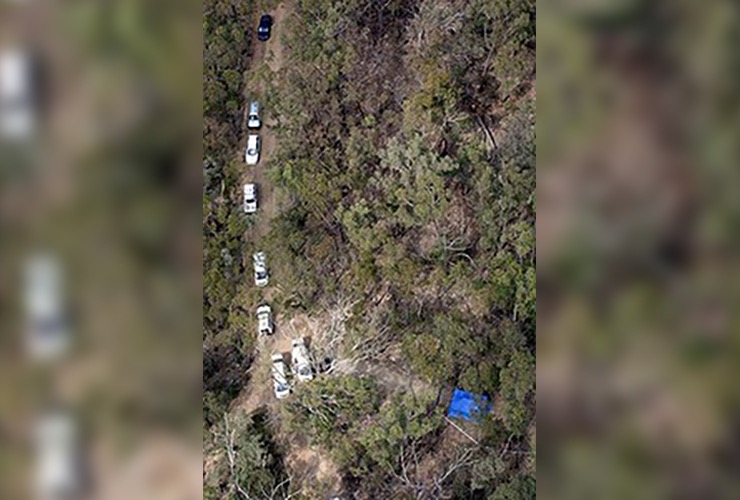 Both of the bodies were stabbed repeatedly, but one victim had been shot 10 times in the head. Their bodies were too decomposed to tell if they had been sexually assaulted by their killer, but police managed to find some of the bullets, cigarette butts, and spent .22-caliber cartridge cases near a small fire pit that the killer had made near the bodies… 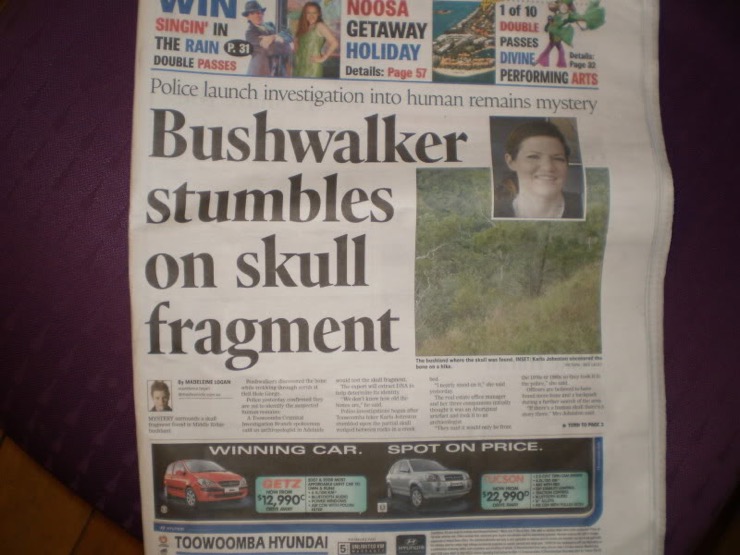 When news of the discovery was made public, the media suggested that there may be a serial killer on the loose and that the body might belong to 2 of the various missing backpackers who had mysteriously vanished in the years before the 2 bodies were discovered. 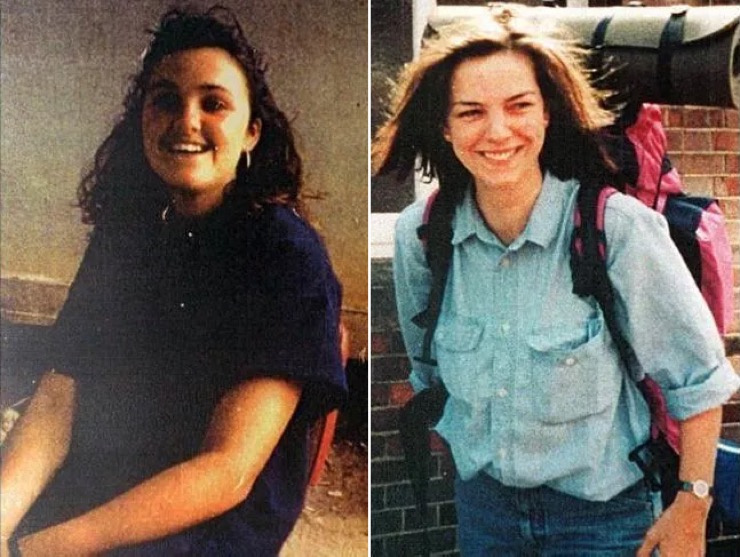 Police quickly denied the possibility that there was a serial killer to prevent hysteria but confirmed that the bodies belonged to Caroline Clarke and Joanne Walters soon after. Caroline and Joanne were British backpackers who were last seen in April 1992 in Kings Cross, an inner city suburb in Sydney… 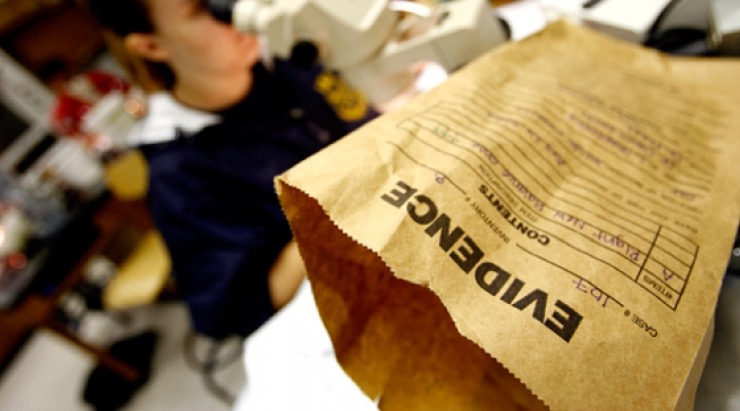 After an extensive search, no other bodies were found in the area of the state forest where the girls were found, which is why police didn’t believe a serial killer was behind the murders. Instead, a forensic scientist working for the police determined the killer was likely a man in his mid-30s, had a history of aggression, knew the area well, and liked inflicting pain. 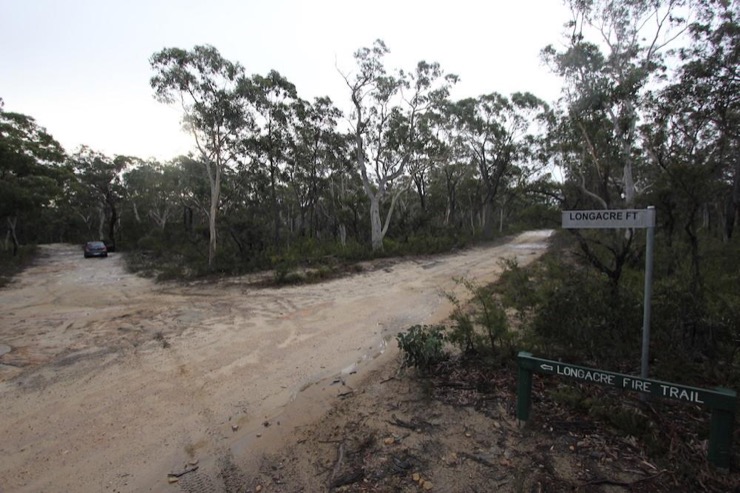 Despite all the evidence collected at the crime scene, police barely made progress as all their leads lead to dead ends. However, about a year later in October 1993, the police double-downed on their efforts when a local man found 2 more bodies in a remote part of the state forest…

Signs Of A Serial Killer

Like Caroline and Joanne, the new bodies, which were badly decomposed, were posed face down with their arms behind their back and buried under a pyramidal frame of ferns and twigs. The 2 bodies also sustained paralyzing spinal knife wounds like the British backpackers, but police finally knew they were dealing with the same killer when they found a similar handmade fire pit near the bodies. 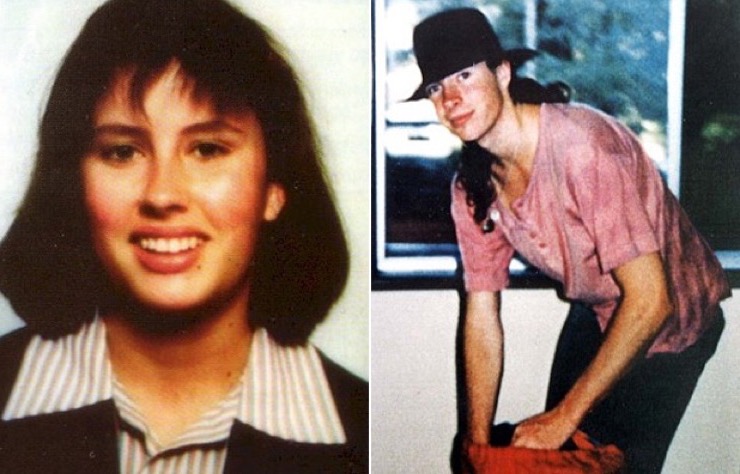 The 2 new victims were identified as James Gibson and Deborah Everist, a couple from Victoria, Australia that had been missing ever since they were last seen leaving Frankston, an outer suburb of Melbourne, in 1989. Since police suspected the same killer was behind all 4 murders, they set up a large task force and carefully searched through the rest of Belanglo Forest for any more victims…

The Search Pays Off

About a month later, on November 1, 1993, another victim, Simone Schmidl, was found in the same manner as the other victims. Like the British backpackers, Simone was a German backpacker who was last seen hitchhiking on January 20, 1990. She too sustained paralyzing stab wounds to the back, but strangely, the clothes found at her crime scene didn’t belong to her. 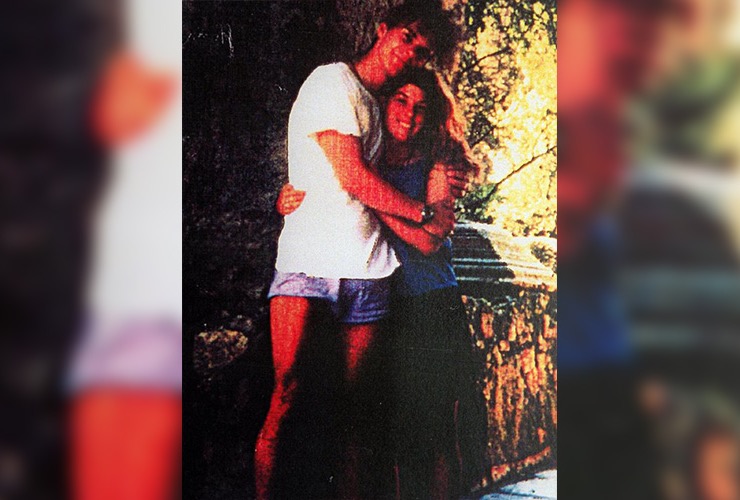 Police matched DNA on the clothes to another missing German traveler, Anja Habschied. Days later on November 3, 1993, police managed to find Anja’s body and her boyfriend, Gabor Neugebauer, in shallow graves. The couple had also disappeared from the Kings Cross area sometime after December 25, 1991. Police determined Anja had died of decapitation but were never able to find her head, and Gabor was shot 6 times in the head… 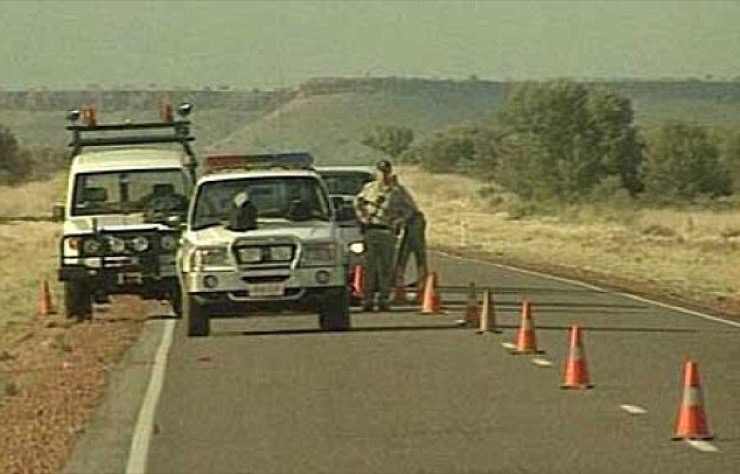 Since there were so many similarities between the cases such as the paralyzing stab wounds, the bullets, the burials, and the nearby campgrounds with handmade fire pits, police were now sure they were hunting a serial killer. However, because the killer also used a wide range of methods to torture and kill the victims, it was difficult to narrow down suspects.

Police managed to narrow the list of hundreds of suspects to 32 men, and that list was further narrowed when New South Wales police got a call from a British man, Paul Onions on November 13, 1993. Paul told police he had been hitchhiking south of Sydney when he got into a car with a man who called himself ‘Bill’ on January 25, 1990. While in the car, the man tried to tie Paul up with ropes and pulled a gun on him. Paul managed to jump out of the car and run away while the man shot at him…

Paul’s story was confirmed by Joanne Berry, the woman he had flagged down after nearly being killed and brought him to the police so he could file a report. After Paul was flown to Australia and identified his attacker as Ivan Milat, police were granted a warrant to search Milat’s home.

Milat was 1 of 14 children born to Croatian immigrants and had been in trouble with the law since he was 17 years old for breaking into homes, stealing cars, and armed robberies. In 1971, Milat was also charged but never convicted for the kidnapping and rape of 2 female hitchhikers. As an adult, Milat worked as a road builder on highways between Sydney and Melbourne. He owned property near Belanglo and acquaintances told police he was obsessed with weapons… 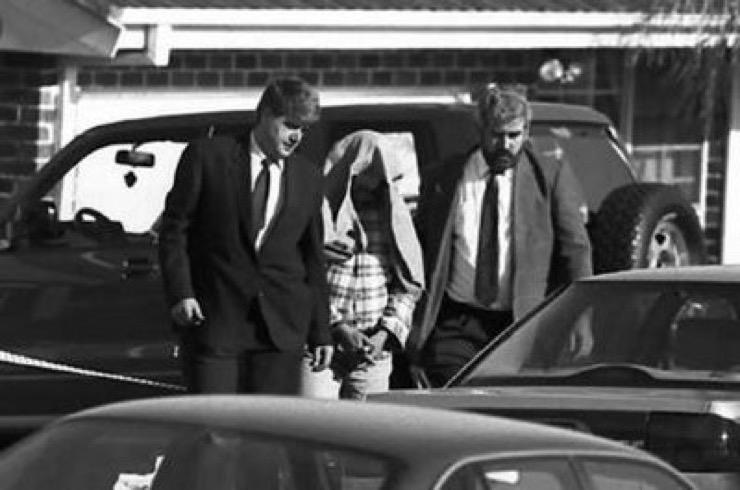 Once police got a search warrant, police raided Milat’s home and the various properties his family members owned. After arresting Milat, police found tons of evidence linking Milat to the 7 murders, including the .22 caliber rifle used to shoot his victims as well as clothing, camping equipment, and personal belongings from the victims.

Milat was charged with the murder of all 7 backpackers, and in March 1996, a 15-week trial began. Milat never admitted to anything, but the evidence was overwhelming. On July 27, 1996, Milat was found guilty of the murders. He was also convicted of attempted murder, false imprisonment, and robbery. He was given 6 years in prison for each of those charges and consecutive life sentences for each murder. Today, police suspect Milat, also known as the ‘backpack killer’, killed more than the 7 known victims. While he has never been charged for any additional murders, the now 73-year-old is still serving his sentence at the maximum-security Goulburn Correctional Centre.