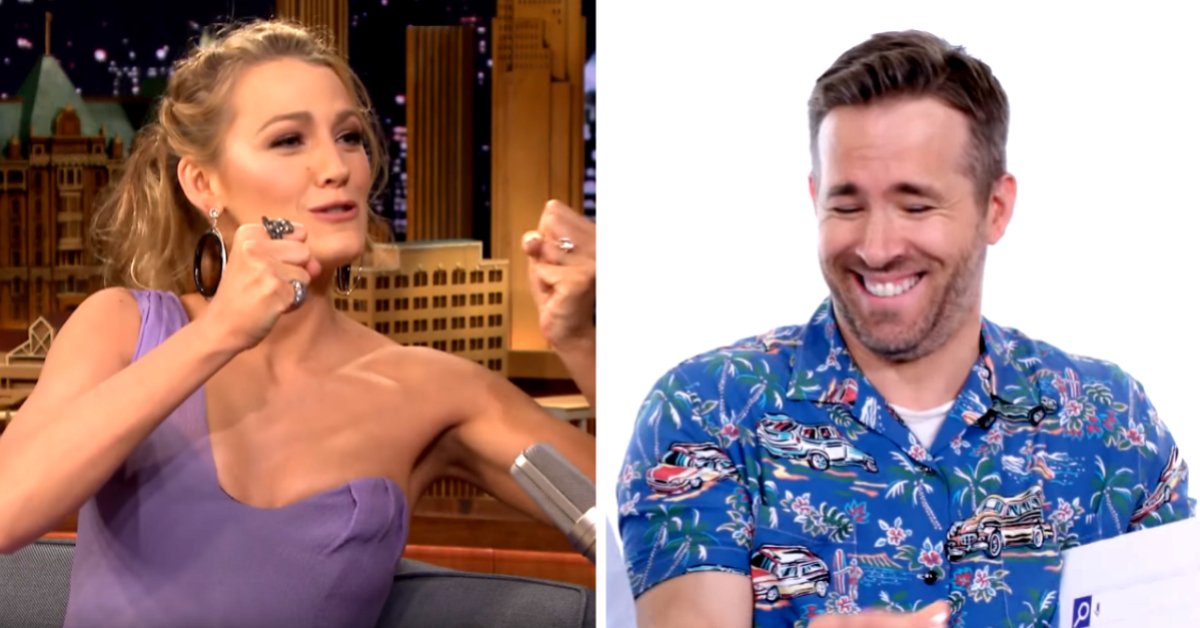 20+ Hilarious Times Blake Lively And Ryan Reynolds Trolled Each Other

This is a call-out post to every celeb couple who refuses to share their relationship banter with us — either get on Blake and Ryan's level or get out!

As the dedicated followers of beloved famous personalities, there's really nothing more satisfying than getting a glimpse of the true nature of our faves. With Blake and Ryan (Blyan? Rake? What is their couple name?) we get that and so much more.

Here are 20+ times they trolled each other, and 20+ times we loved it.

That time Ryan said Blake's movie cured him of his virginity... 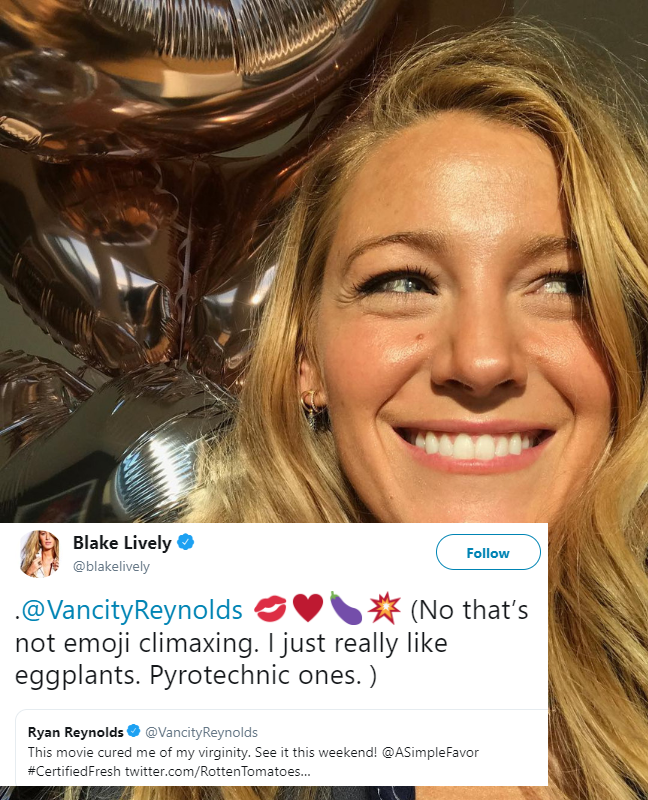 And Blake proceeded to spit a straight-up spicy joke about artificial manhood. I like that she was very clear about the meaning behind her emojis.

That time Ryan wished his wife a happy birthday with this cropped photo, captioned "Happy birthday to my amazing wife." 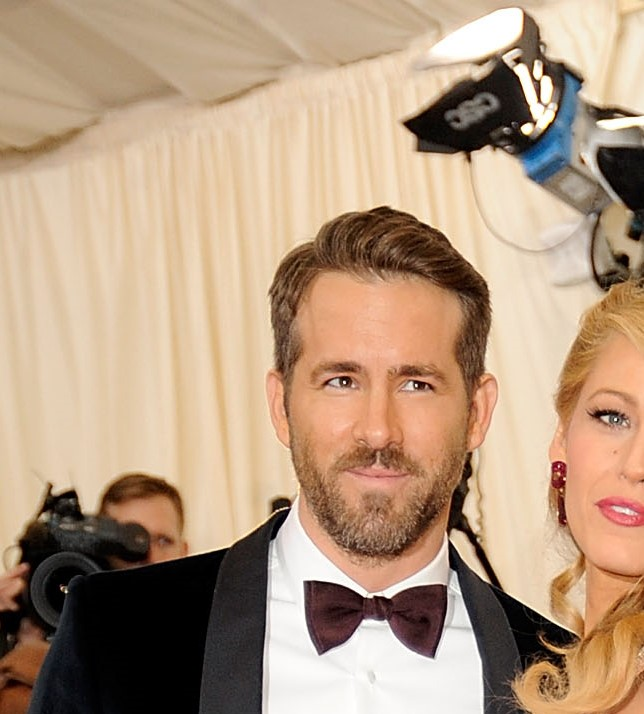 I think we all need to take notes on the methods of their subtle trolling skills, 'cause they are truly crushing the game.

In classic Blake fashion, she responded with her own hilarious tweet. "Happy birthday, baby." 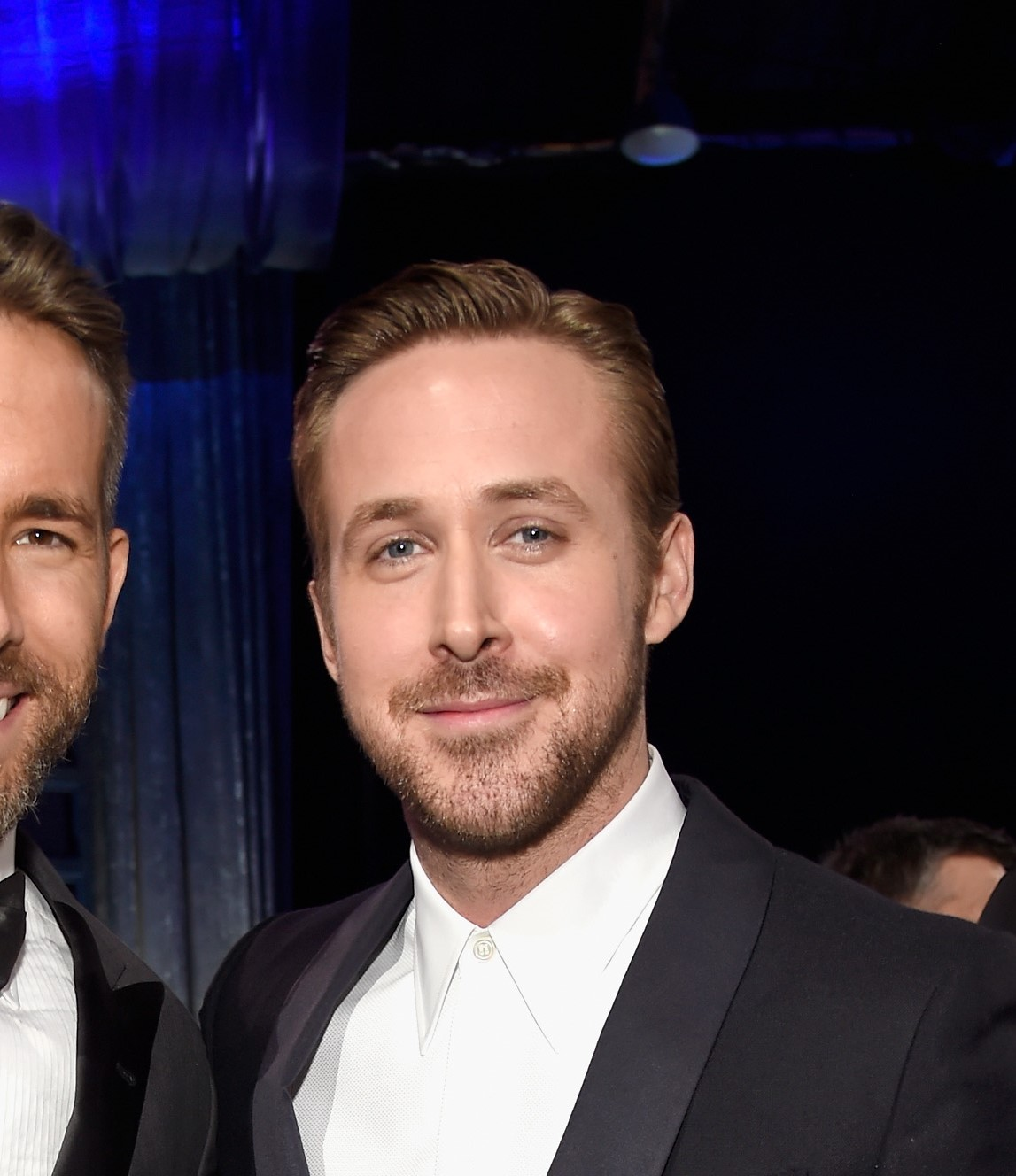 Happy birthday baby, indeed. Ryan Reynolds is a major bae, but dang — so is Ryan Gosling.

The weird thing about celebrities is that they're all kinda friends, so she and Ryan G. probably laughed about this in her DMs.

The time Blake really captioned this pic "The balls to my basket" on Insta. 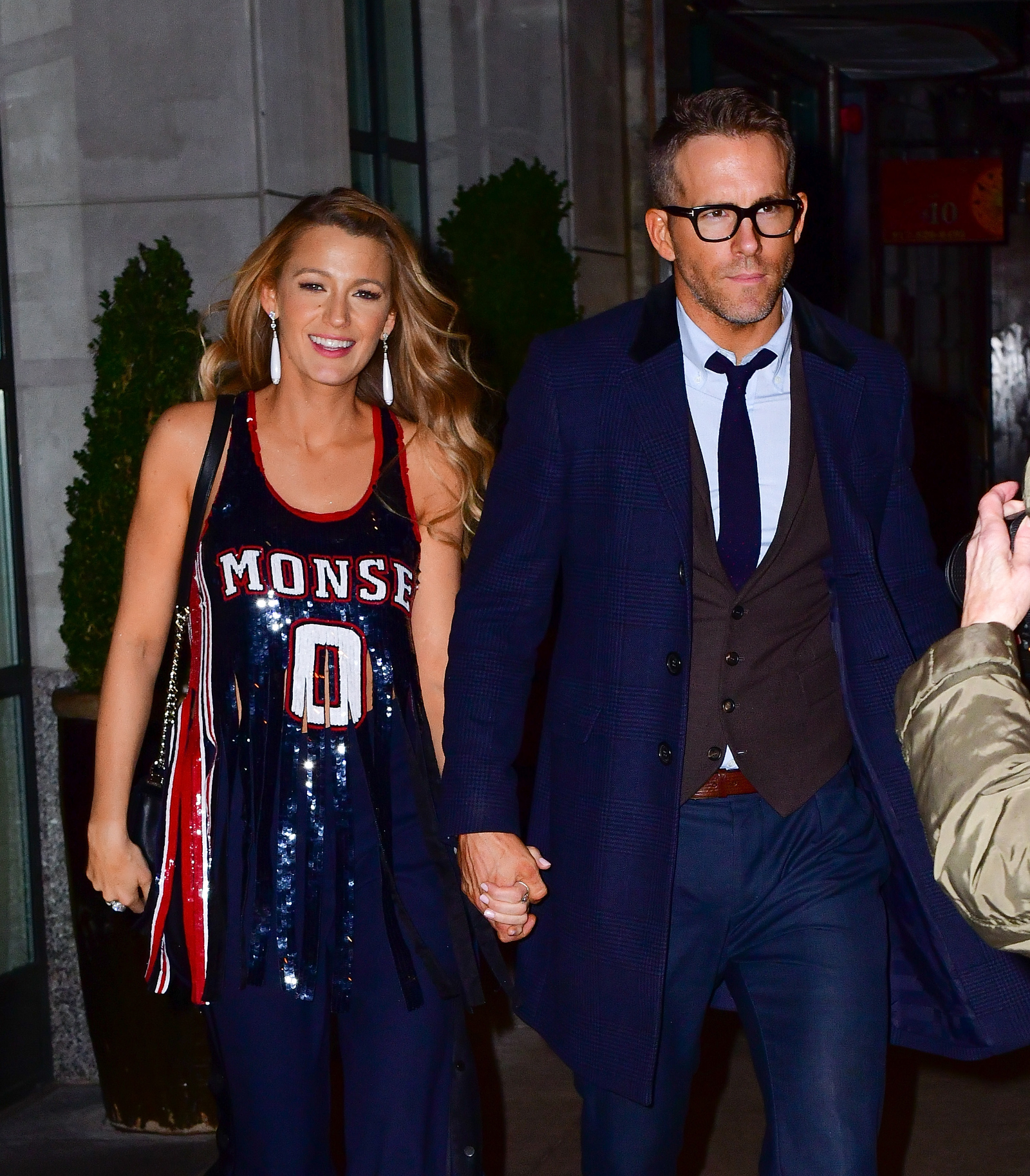 She is — in all ways — a true icon and hilarious to top it off. Though I do wonder if she and Ryan collaborate on captions just to keep the fans laughing.

The time she basically told Ryan he was the worst at decorating gingerbread cookies. 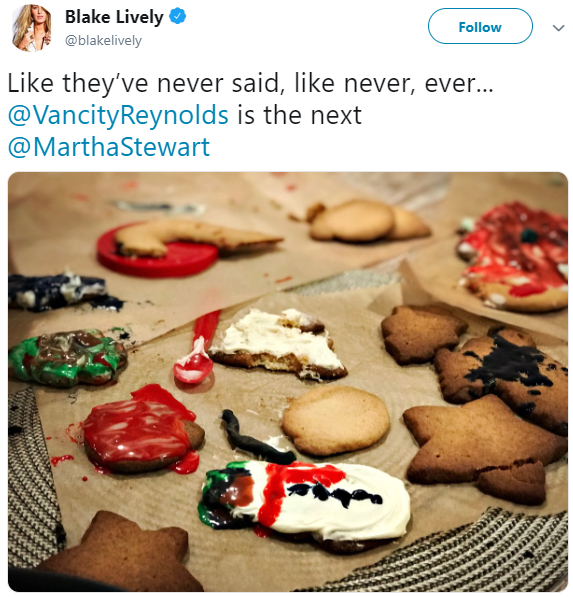 To be fair, we can't all be as great as jail-bird legend Martha Stewart — she was hardened by the cell life.

The time she asked a very important question after the premier of "Deadpool." 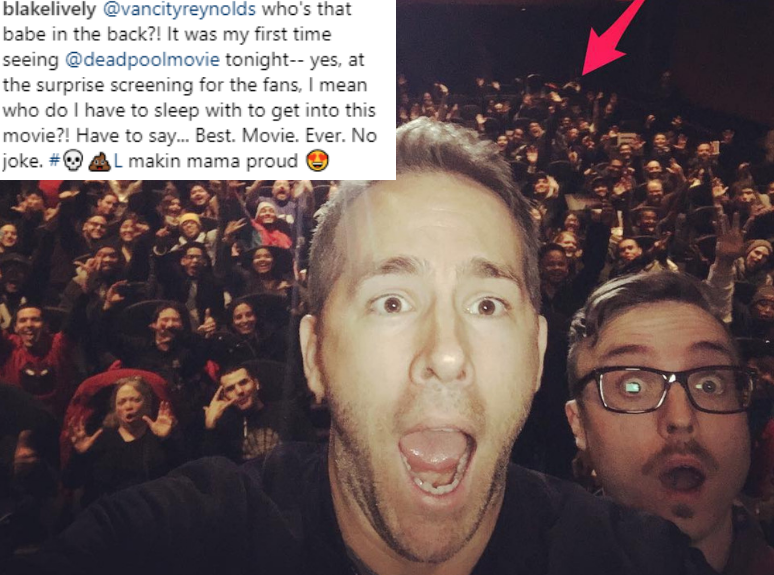 Apparently gettin' busy with the star of a movie won't guarantee you a special early preview, but it will guarantee that you'll be lost in the sauce with the rest of the star's die-hard fans. 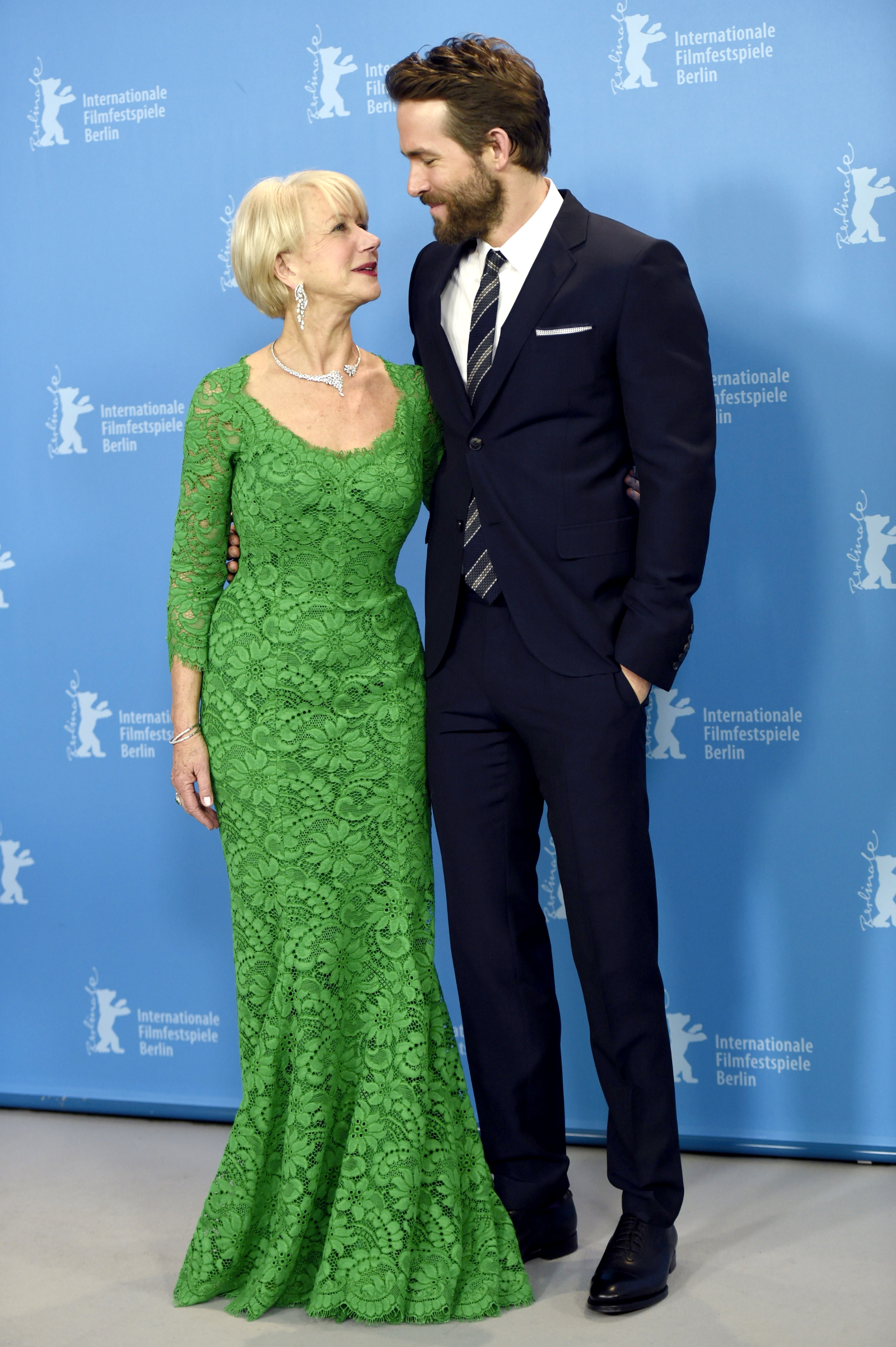 She shared this photo, captioned:

"Should I b concerned that my husband's never looked at me this way?... #WhereAreThoseEyesWanderingReynolds #HelenMirrenIStheSexiestWomanAlive #WomanInGold."

Love that Blake is fully aware of the effect that Dame Helen Mirren has on all people on earth. At least she's at peace with it.

When Ryan put Blake on thirst-blast.

Honestly, spicy texting is basically fan fiction for your own relationship, so maybe he isn't kidding.

Also, if your wife is thirsty AF for you, that's a good thing.

The time he gave Billy Ray Cyrus a birthday shout out, on his wife's birthday. 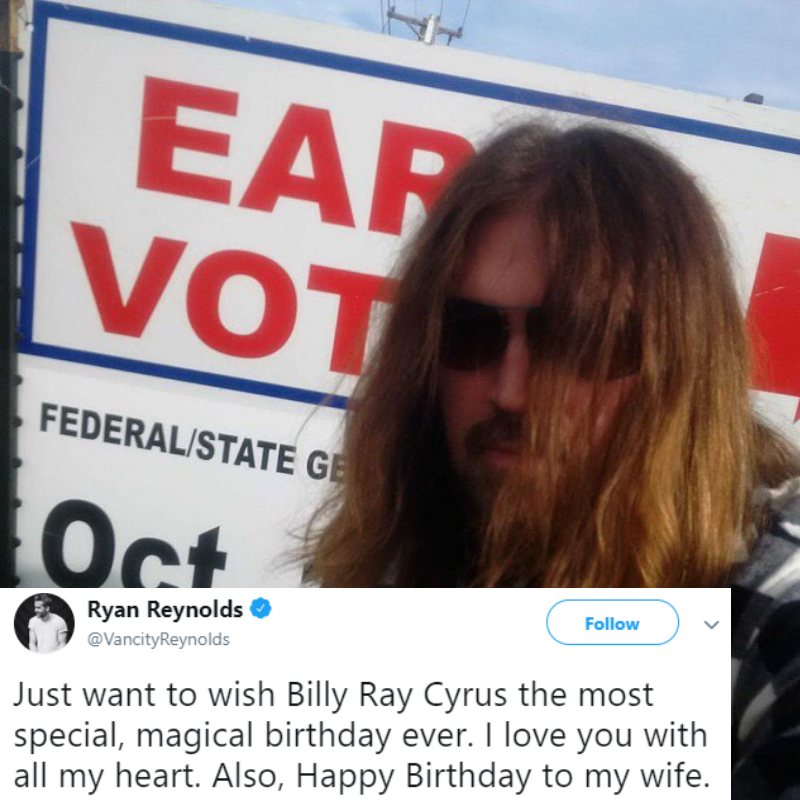 The time Blake shaded Ryan for his lack of fashionista moves. 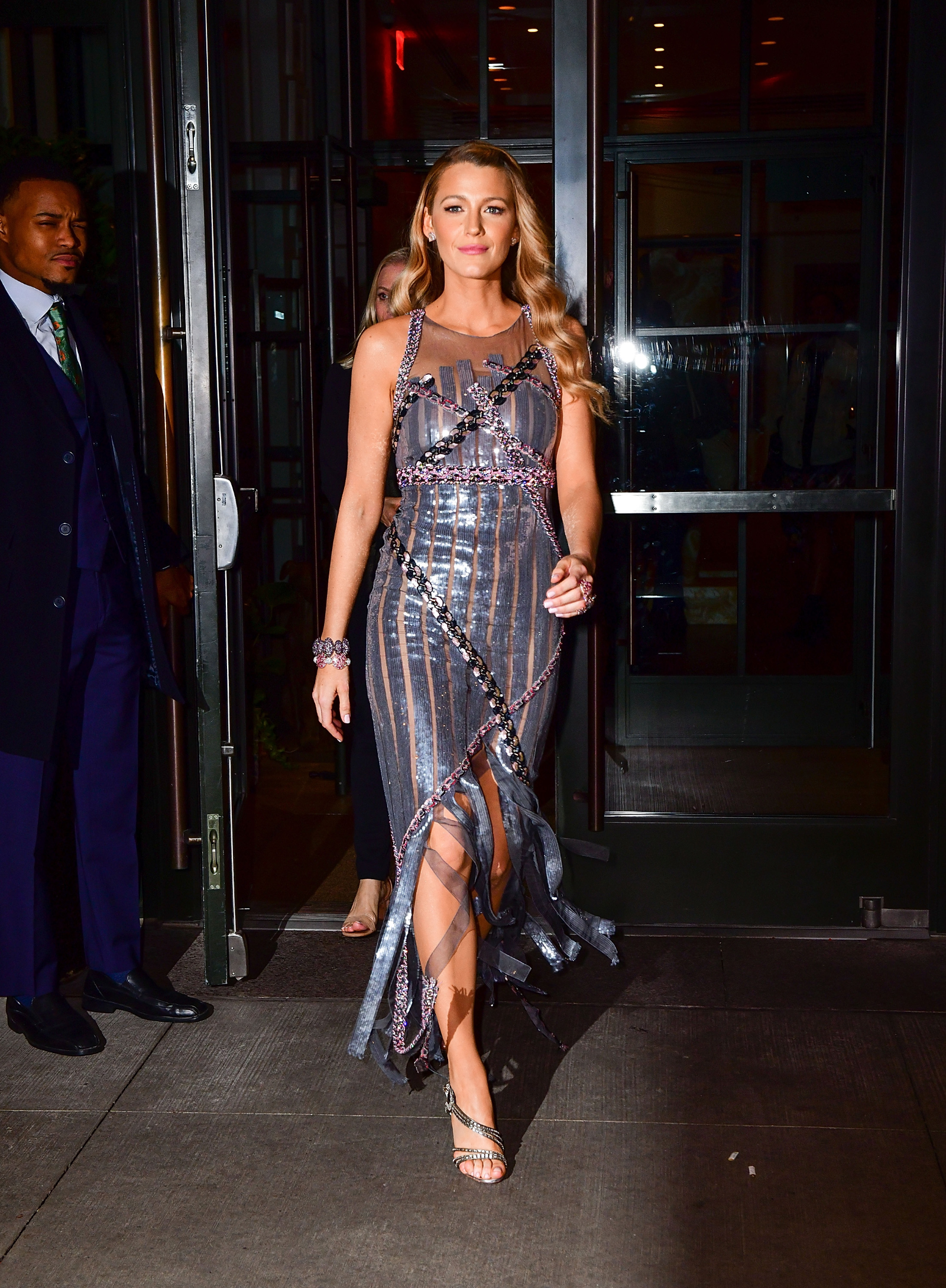 At the premier for All I See Is You, she shared a photo of them together captioned "@vancityreynolds didn't even do one outfit change from the sidewalk to the inside. (Lazy)"

Also the time she made a layered innuendo caption for the premier of "Deadpool 2." 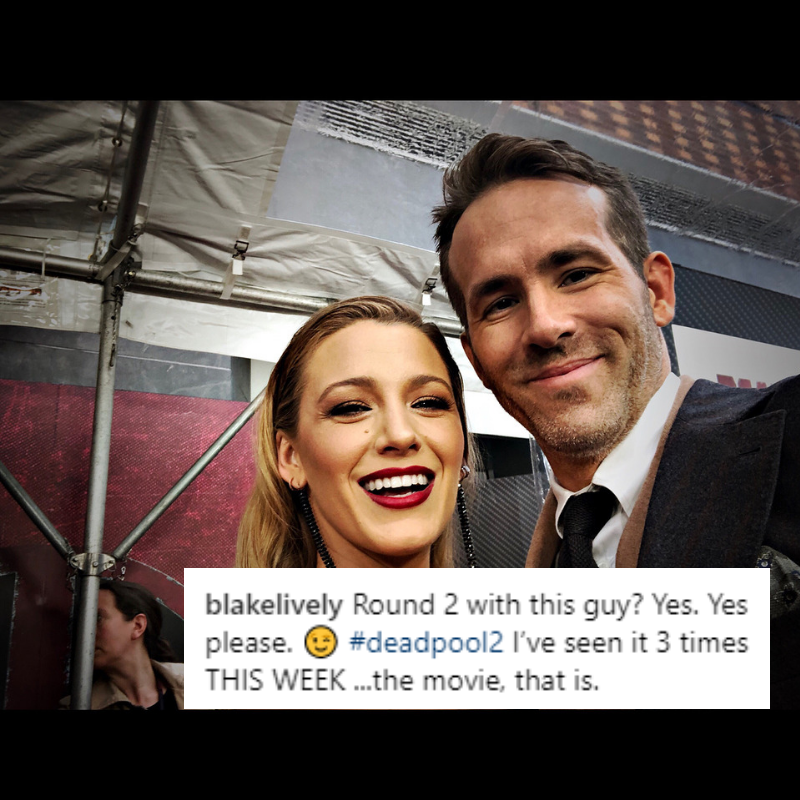 Their sexual chemistry is so obvious in every photo of them, and I personally live for it.

Or the time she trolled Ryan and complimented herself instead of him. 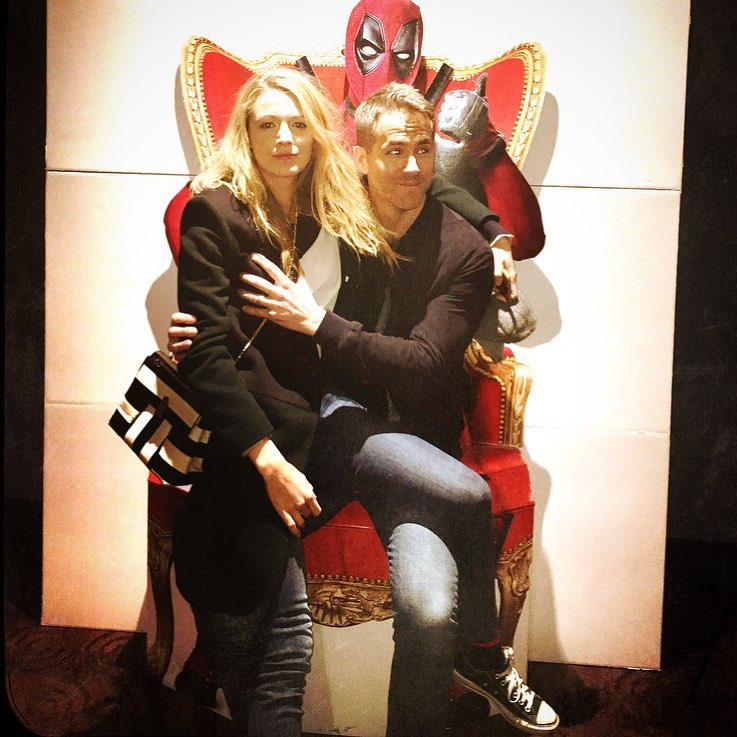 She posted a photo and captioned it this: "If there's one thing I'm infinitely proud of in this picture, it's the incredible hair styling that I did on myself."

This is Blake on the set of her movie, "The Rhythm Sction." 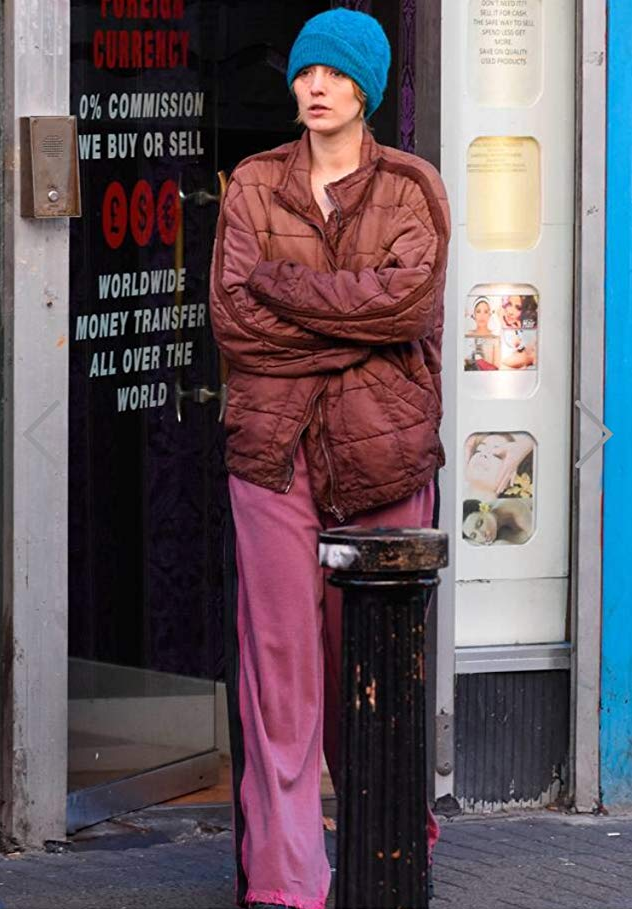 Ryan shared a similar photo and the caption was so simple and savage we all collectively cackled:

The time Ryan joked about how he and Blake met.

He shared a photo of him, Blake, and Marc Foster, and pretty much said he and Blake were an online couple, and just met that evening. L O L.

The time they pretended Instagram was a dating app in the comments.

Honestly, this is a major mood and I might use this same tactic next time my boo posts a fire selfie.

When Ryan exposed his true feelings about B.

Obviously not — but if you can't playfully hate on your significant other, what's the point in being together? LOVE ME FOR MY SHADY SELF, OR DON'T LOVE ME AT ALL, BABE.

The time rumors were afoot about Blake and Ryan splitting up... And Ryan knew exactly how to handle that news — by confirming that they, as in he and his mother, would never break-up.

When Ryan NEEDED to know what happened in Blake's film, "A Simple Favor." 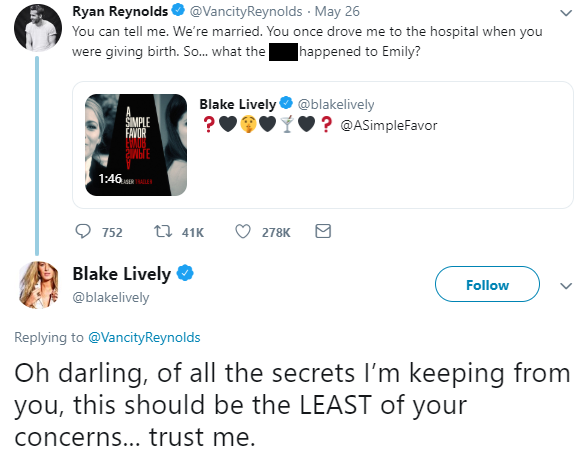 And Blake gave precisely zero hecks about what he needed. She fully slayed his life at the same time.

Then there's the time Blake called Ryan out for his very obvious crush on Hugh Jackman. 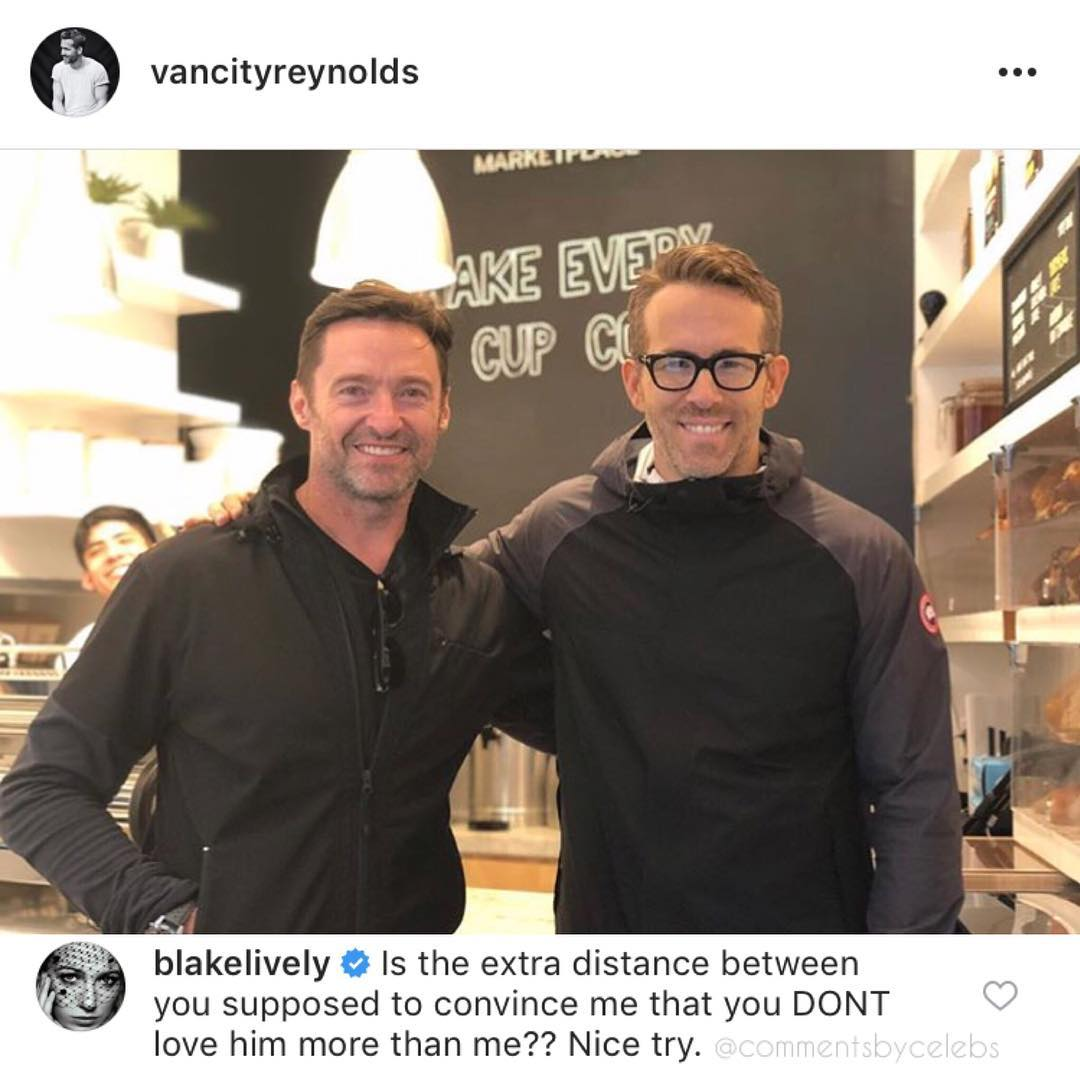 They can pretend to be just friends but we all know who Ryan really wants to come home to.

When Ryan shared a video of him and his "brother," and Blake realized the error of her ways. 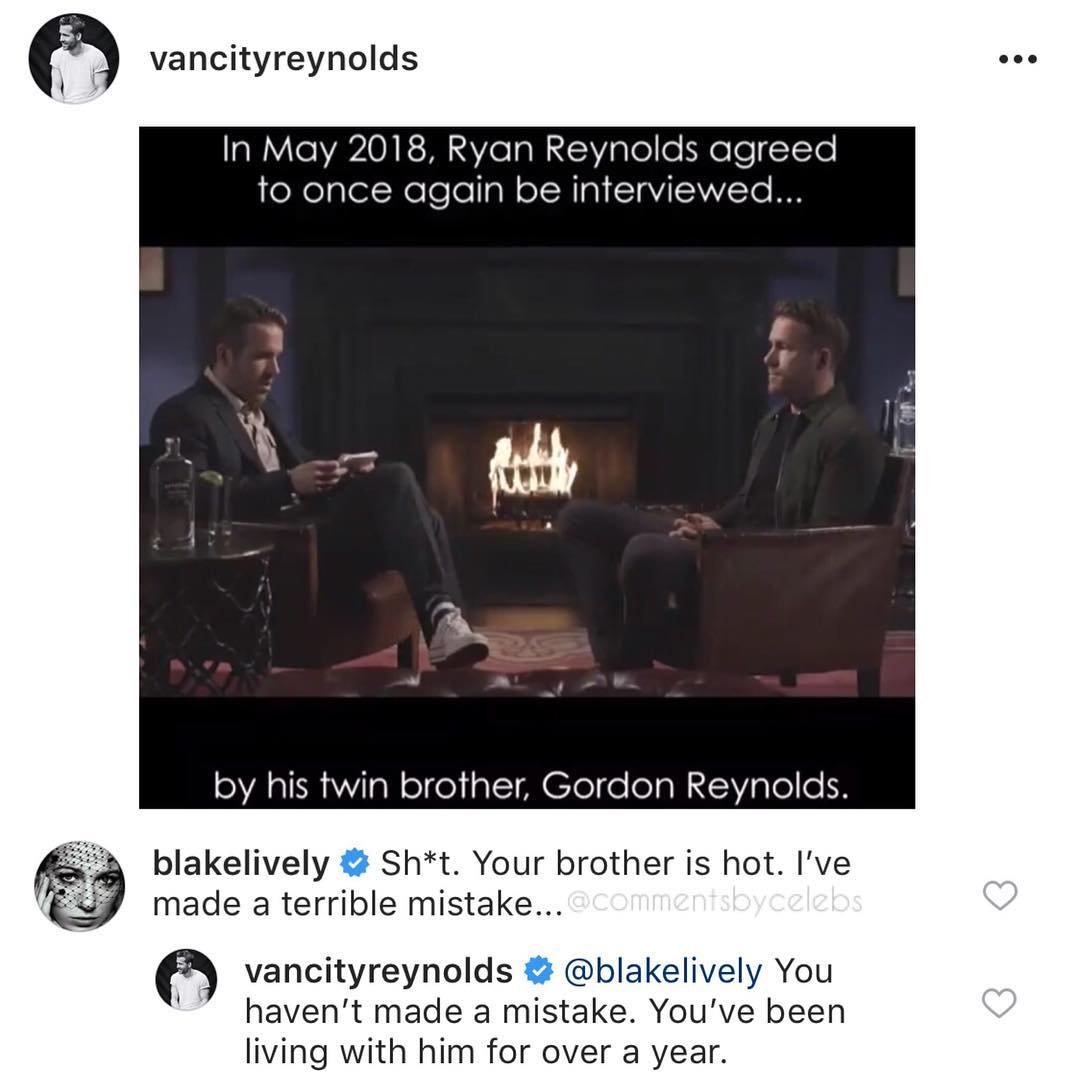 I truly enjoy their commitment to Instagram banter and general tomfoolery — they're definitely a couple for the people. AKA us. 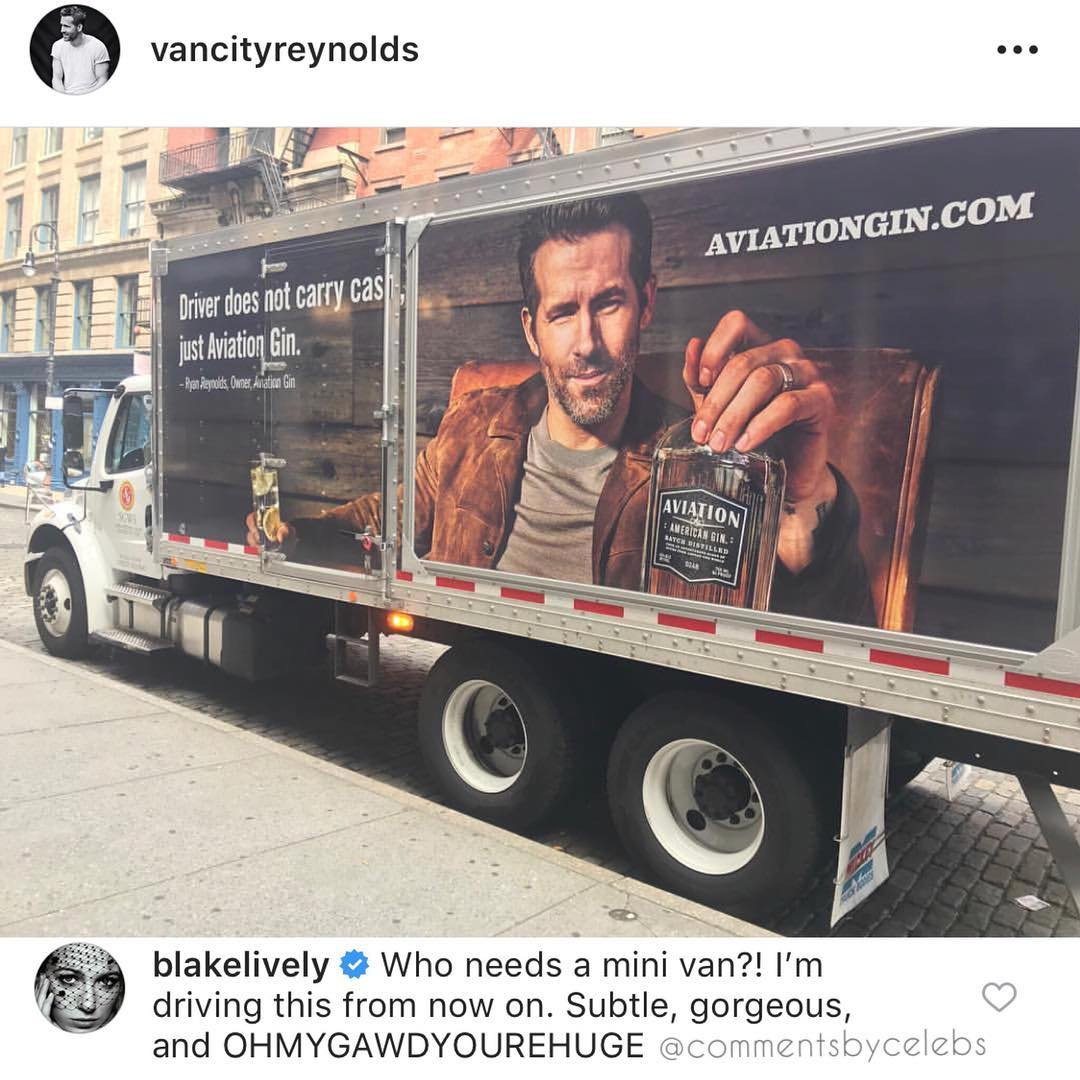 They really seem to enjoy sexually charged exchanges in public — but hey, I'm not here to kink-shame! Gonna go comment "OHMYGAWDYOUREHUGE" on my babe's pics, too.

When Blake posted a photo of herself between a man's legs, captioned "My Turn." 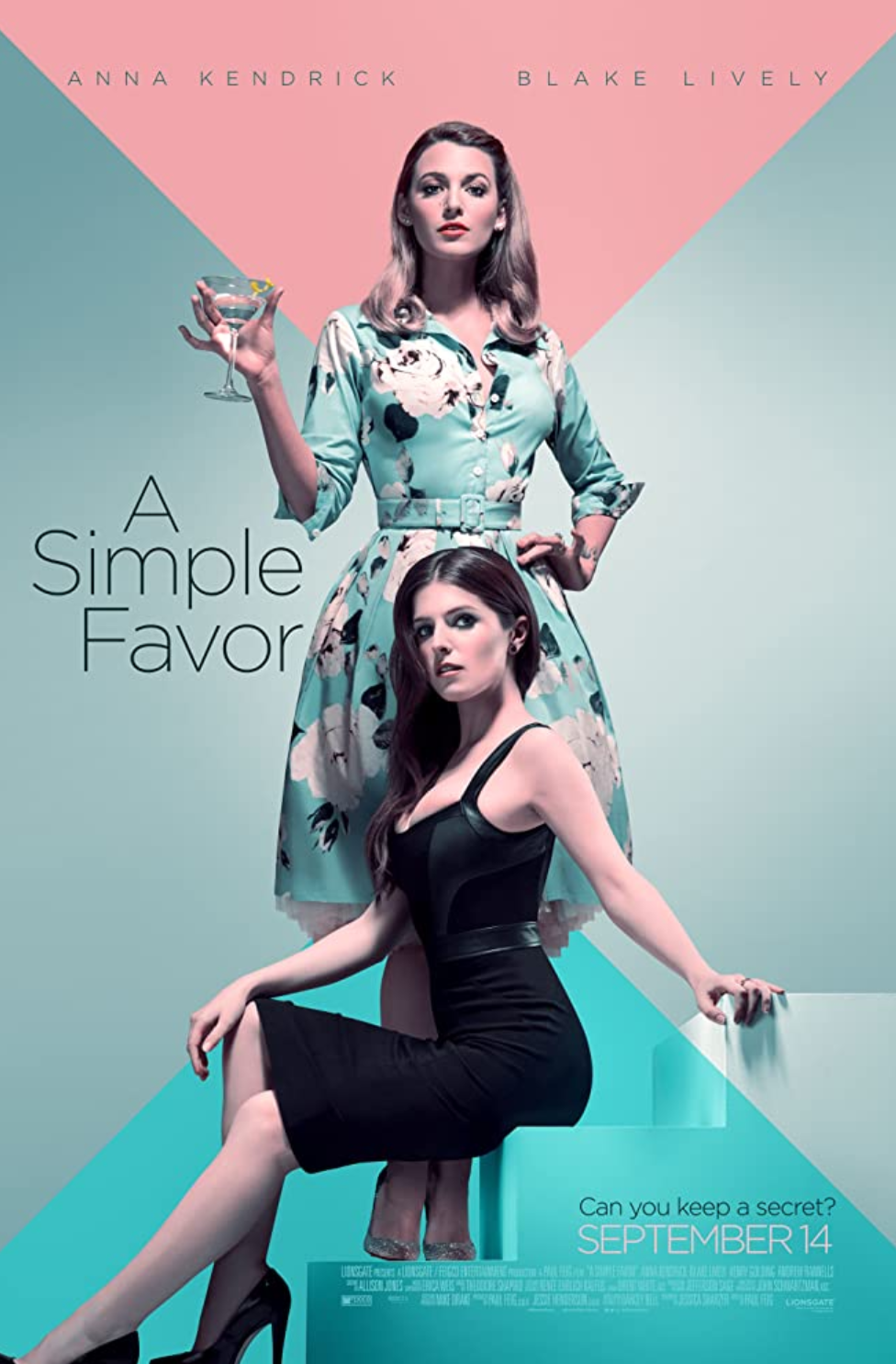 [Editor's note: The picture we're linking to is a bit too saucy for the article, so only click if you're not on a work computer...]

The photo was a promotion for her new movie A Simple Favor, but the zinger was Ryan's comment on it — "He seems nice."

When Blake sent all of her love to John Legend. 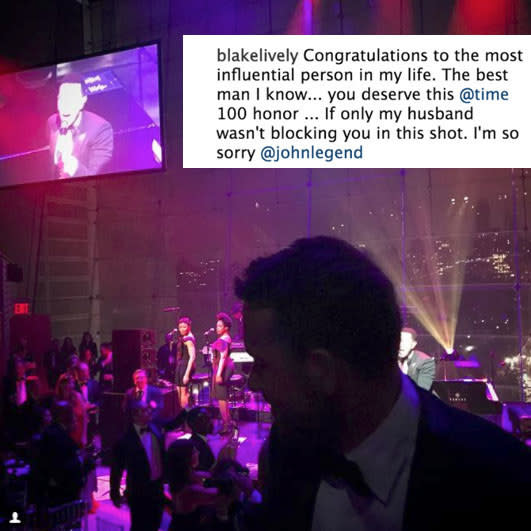 They really love the misleading caption move — I guess that's their banter brand. To be fair, John Legend and Chrissy Teigen are prettttty hilarious themselves.

When Ryan fully accepted that he'd lost his wife to her new significant other, Anna Kendrick. 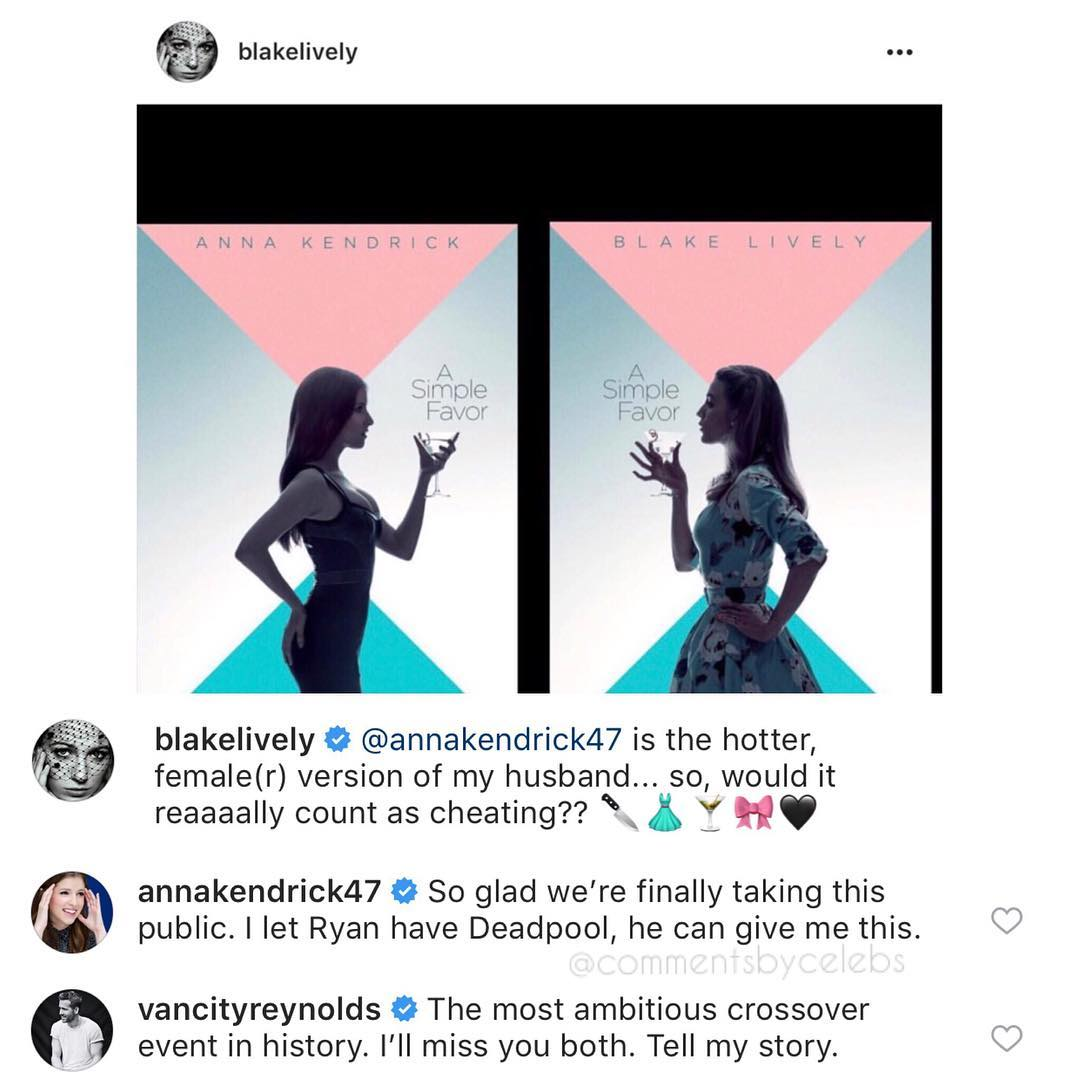 I think the real simple favor here is Ryan letting his wife do as she pleases — kind of a power move. I love the BDE I sense from this entire exchange.