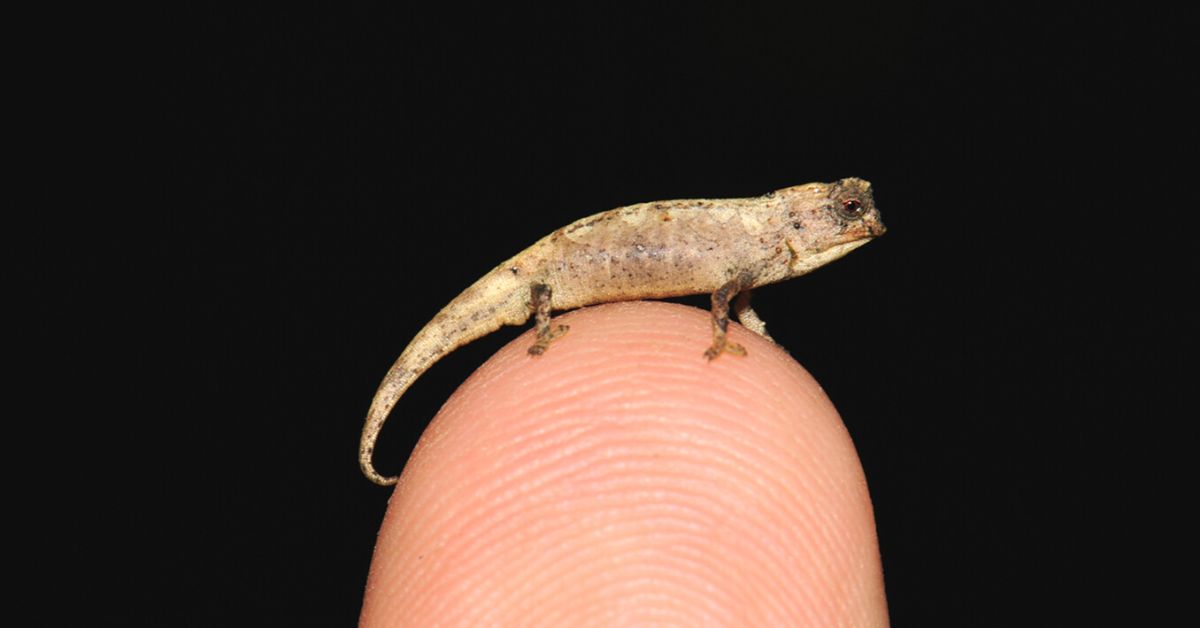 Chameleons are famous for their ability to blend into any background, making them virtually disappear. It's a pretty amazing adaptation to see in nature, especially when you realize that you're really not supposed to see it. A chameleon's changing camouflage is one of the natural phenomena that's closest to magic.

And to think, there's a variety of chameleon out there that has another adaptation that has helped it avoid detection: it's super tiny, perhaps even the smallest reptile in the world.

Given that at its biggest, this chameleon is a little over an inch long, it's little wonder that scientists didn't know it existed before 2012. 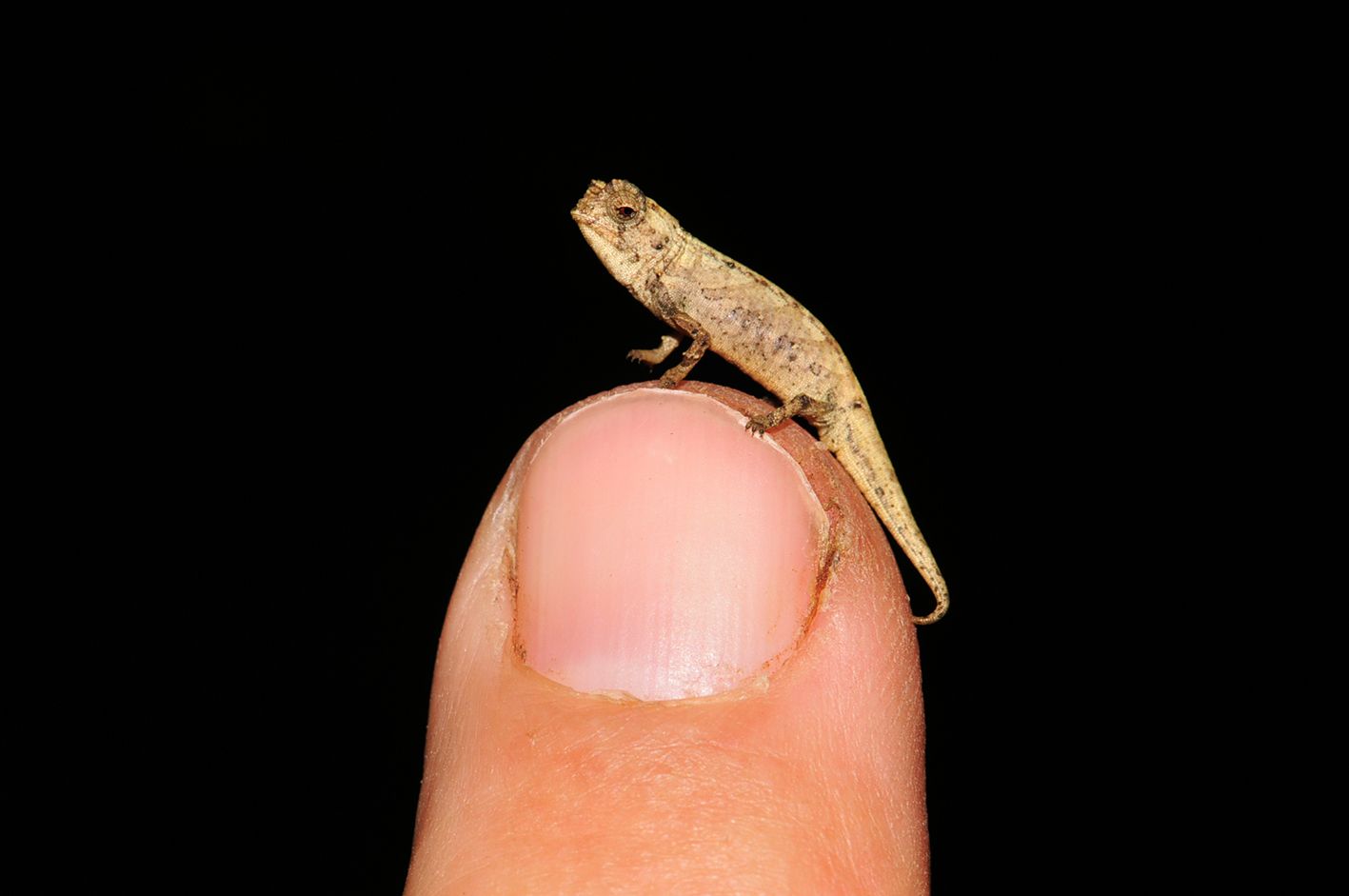 And even then, it's only because herpetologist Frank Glaw and his team specifically traveled to Madagascar in search of undiscovered reptiles and amphibians — and so far, they've only ever found two of them, one male and one female, according to the BBC.

So, the newly discovered chameleon comes by its name — Brookesnia nana, or "nano-chameleon" — quite honestly. Out of about 11,500 known non-avian reptile species, it's the smallest.

What the researchers find strangest about this tiny specimen isn't just its size. 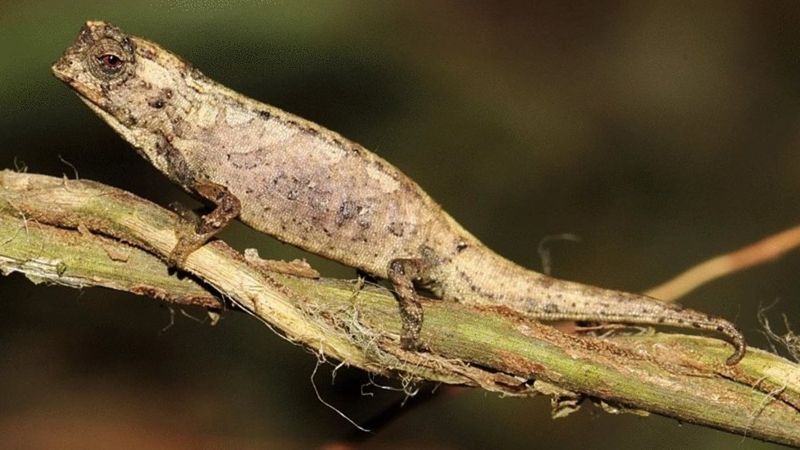 It's that there's no good reason for it to be as small as it is. While the nano-chameleon can't change colors like other chameleons, it's still highly odd for it not to have evolved to grow larger.

In some species, living on a small island will constrain its growth, but as University of Antananarivo researcher Fanomezana Ratsoavina pointed out in a press release, that's not the case for the nano-chameleon.

"The "island effect" that causes species on small islands to get smaller in body size, which has been invoked for other small chameleons, does not make sense in this case, because Brookesia nana lives in the mountains on mainland Madagascar."

Another oddity for the nano-chameleon is that the males are smaller than the females. 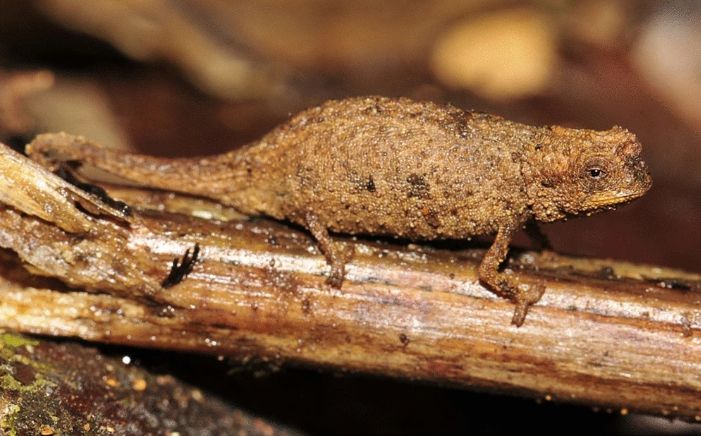 With reptiles, males tend to be larger. But, as CNN reported, the male nano-chameleon tops out at about 2 centimeters, or 3/4 of an inch, while the female was 2.89 centimeters, or just over an inch in length.

The researchers believe the females have to be a bit bigger to make room for the eggs they lay.

Also, while many chameleons might be more at home in trees, the nano-chameleons prefer the ground. 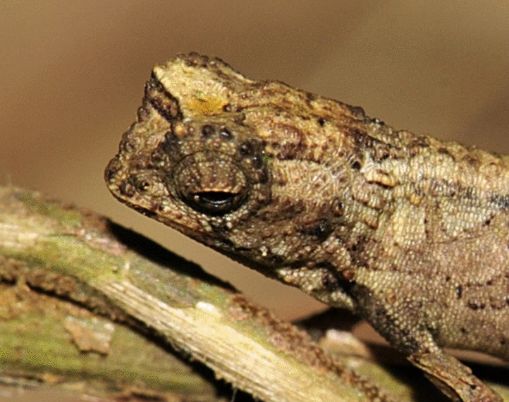 The researchers observed the nano-chameleons taking to the rainforest floor when hunting in particular. They use their trademark long, sticky chameleon tongues to eat mites.

And they're small enough that they can generally hide from predators just by tucking themselves away behind blades of grass.

The researchers have suggested that the nano-chameleons are likely an endangered species. 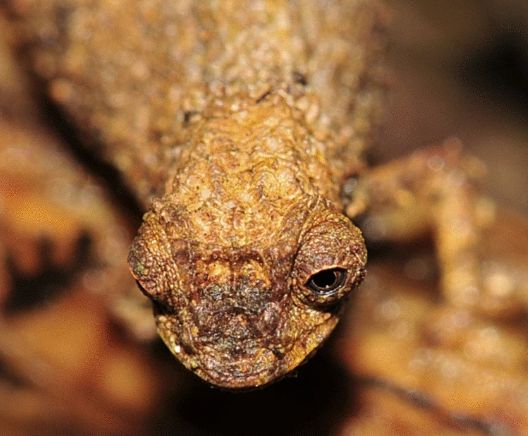 And it's not just because they've only found two of them. Rather, the researchers point to habitat loss, as land in the rainforests the nano-chameleons live in are being cleared for farming. The good news is that in the intervening years since the nano-chameleon's discovery, authorities in Madagascar have moved to protect the habitat by establishing a reserve.

The research team published a full report on the nano-chameleon in the journal Scientific Reports.