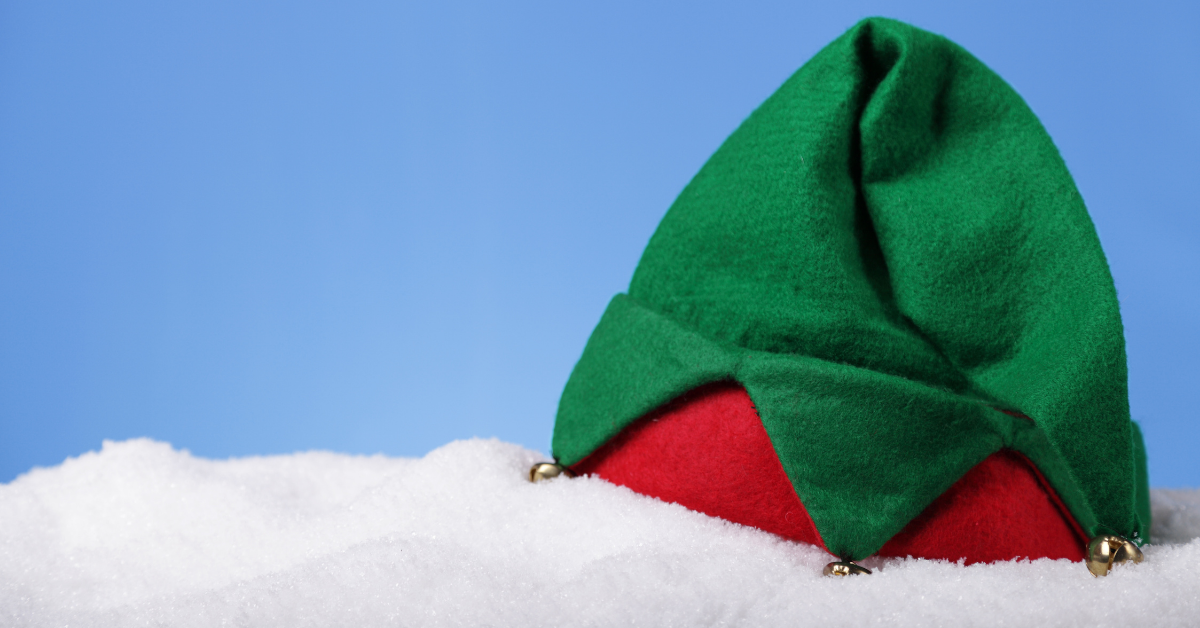 A man was recently given the opportunity to meet his biological father for the first time ever, and when the big moment fell during the Christmas season, he knew exactly who to dress up as to make their meeting all the more memorable.

As Boston.com reported, 43-year-old Doug Henning of Eliot, Maine, donned a costume similar to that of Buddy from the Will Ferrell Christmas class Elf, a hilarious move that baffled his bio dad, but has since delighted the rest of the internet.

While he grew up with "amazing" adoptive parents, Doug admitted he'd always wondered about his cultural background. 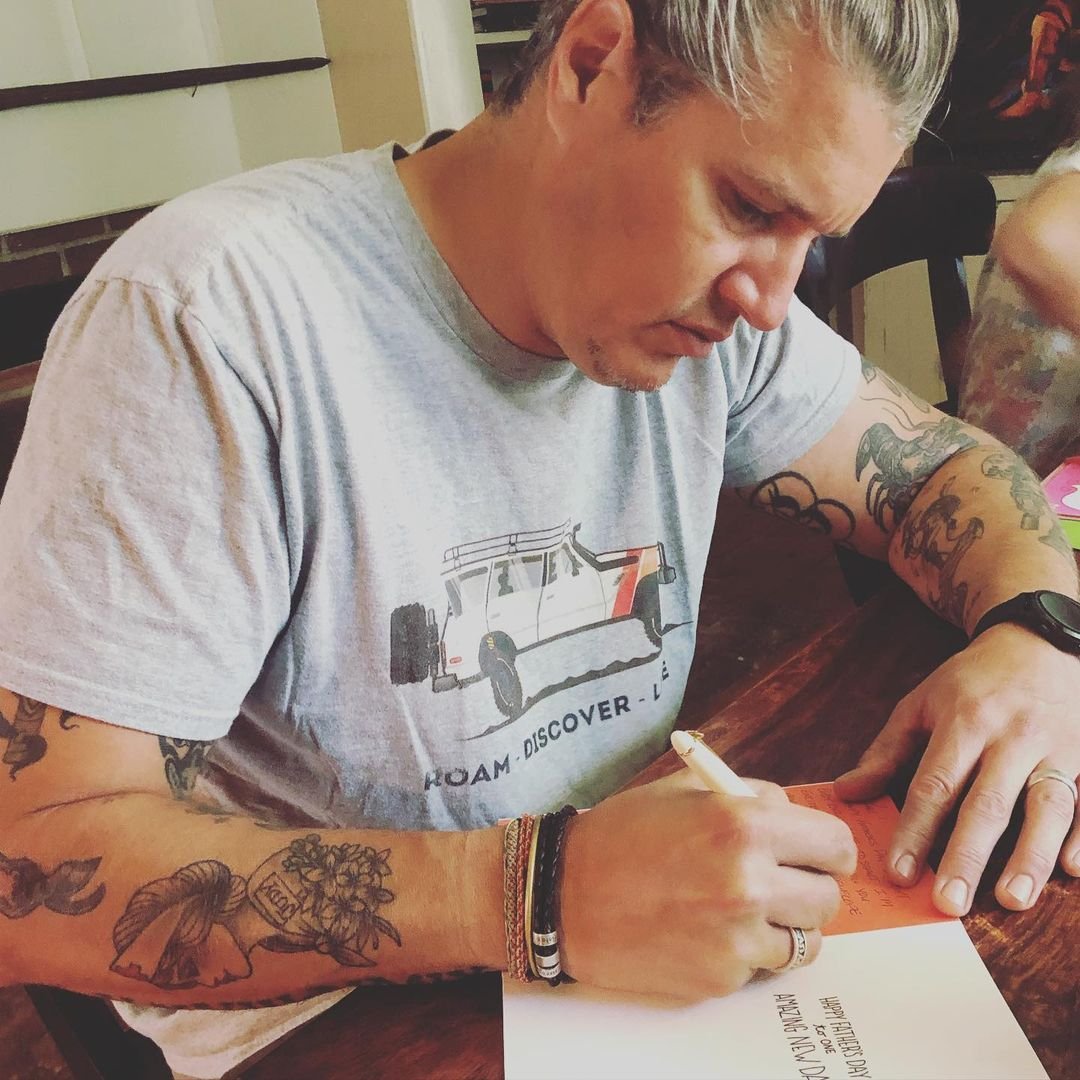 In order to answer some of his most burning questions about himself, the father-of-two enlisted the help of Ancestry.com, which would ultimately fill in some very big, very blank spaces in his heritage.

Specifically, those of his biological family.

Doug ended up corresponding with one of his cousins who put him in touch with his two biological sisters and his biological dad, who as it turns out didn't know about him at all. 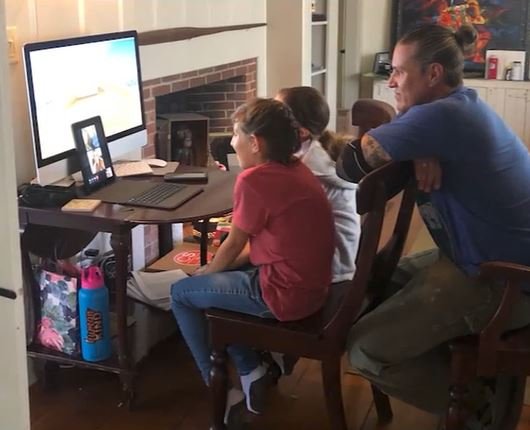 “So within a day we exchanged emails and phone numbers,” Doug told Boston.com, adding that since March he's been able to talk to his family and connect with them over Zoom, bound by COVID restrictions from physically connecting in person.

But it wasn't until 8 months later on Thanksgiving weekend that Doug was finally able to meet his biological father, Raul, as well as his two sisters. And he made sure that first moment was one that no one would ever forget.

Just a few days before he was due to meet his dad, Doug happened to watch "Elf" with his family, which gave him an incredible idea.

You know that scene in the film where Buddy (Will Ferrell) shows up at his dad (James Caan's) office to meet him for the first time, and a mix-up involving Christmas grams leads to the 30-something-year-old elf belting out an awkward, yet heartfelt impromptu song?

Yeah, that's exactly what Doug decided to do when he met his own dad.

Dressed in his very own lime-green elf costume, Doug showed up at the airport bearing a homemade "Dad" sign, ready to sing his heart out. 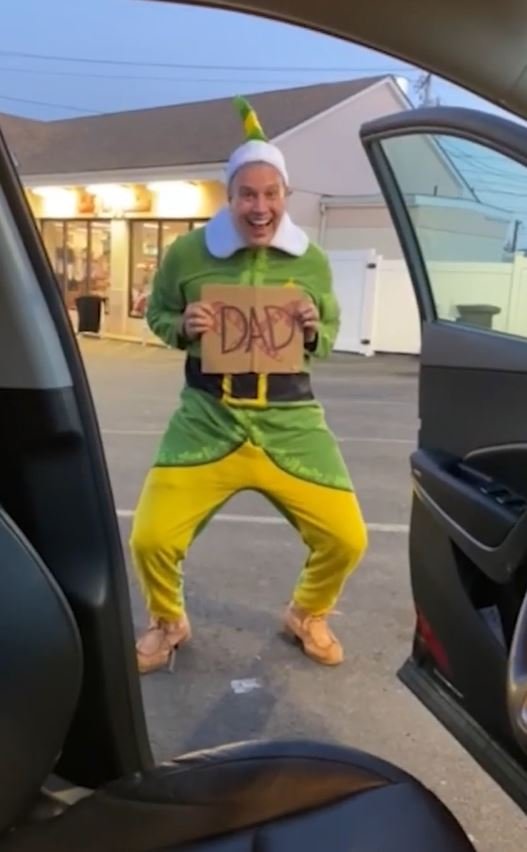 "Who better to greet your dad as, your long-lost dad as, than Buddy the Elf?" Doug cheekily asks in an Instagram video while he puts on his costume. "Because who else... What a better way to cut the ice."

As Raul walks towards his son after landing at the airport, Doug begins to dance and sing the iconic tune. 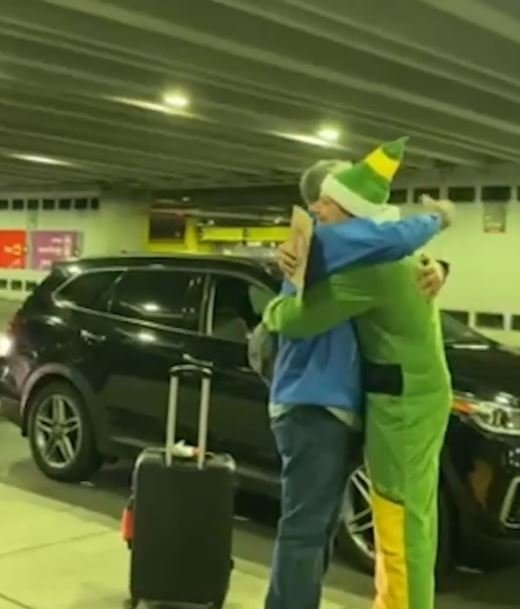 He's only able to get about one line out before his father wraps him in a tight hug.

“When he came out of the airport, he probably thought I was a lunatic,” Doug admitted to Boston.com. “It was a really good way to break the ice.”

Unfortunately, Doug's cheeky greeting was a little lost on his baffled father, who had never actually seen "Elf" before and didn't understand the reference.

But Doug knew exactly how to fix that. As he told the outlet, “We ultimately sat down as a family and watched the movie."

An Instagram video of their hilarious, yet totally heartwarming meeting has quickly gone viral, racking up nearly 24,000 views since it was first shared on November 25.

Elfish humor aside, the father and son's reconnection meant the world to both men. 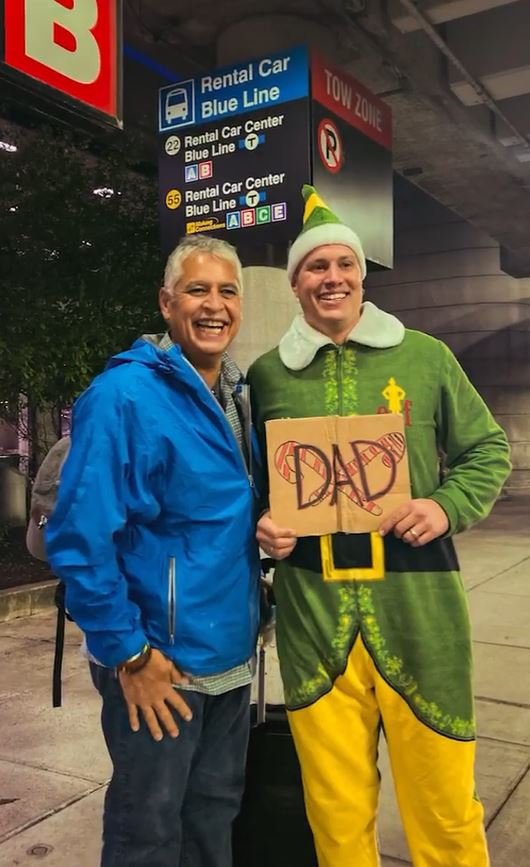 After losing his adoptive dad 8 years ago, Doug was grateful to finally have another father figure in his life again. And Raul not only gained a son, but he also gained his first grandchildren, as Doug is the first of his kids to have children of his own.

Plus, Doug was finally able to learn all about his family's past, just as he had set out to do when he logged onto Ancestry.com that fateful day. Now he knows his father immigrated from Colombia in the 1970s and has never been back, but has always wanted to go. Incredibly, despite not knowing each other, both he and Doug ended up working in television — he as a sound mixer and his son as a camera operator.

Despite spending decades not knowing the other person, this bonded pair will certainly spend the next however-many-decades making up for that lost time.