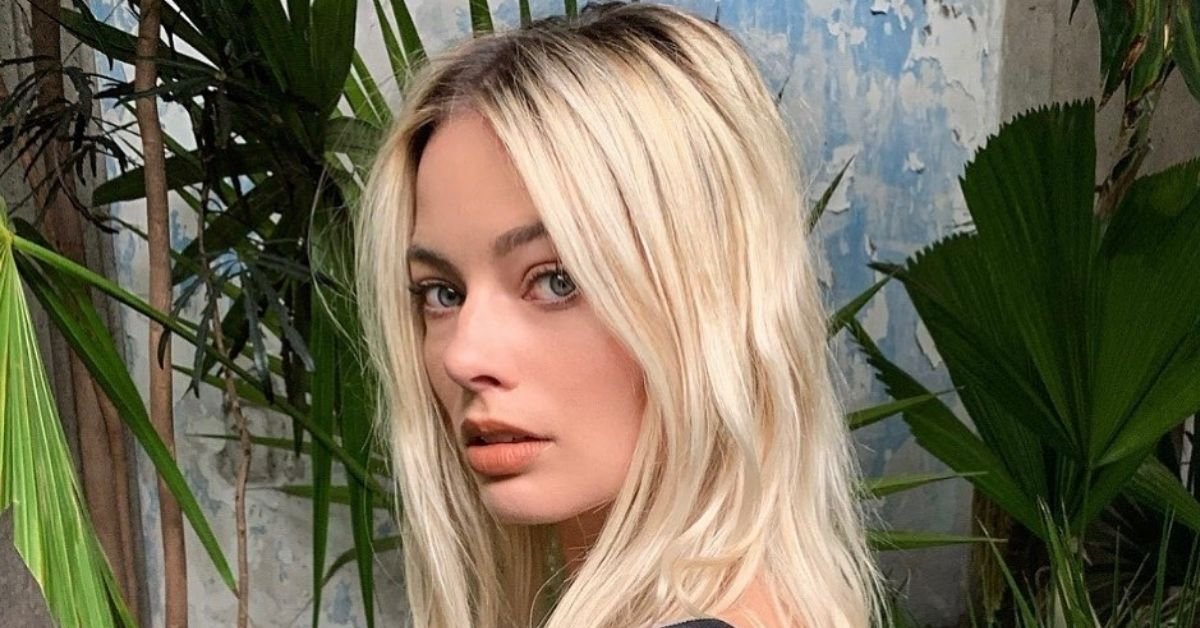 10+ Celebrities Who Are Defying Gender Stereotypes

We're all for celebs choosing authenticity.

This could mean supporting their kids bending gender rules or showing up for themselves by living their lives wholeheartedly.

This includes men not being afraid to wear pink and females choosing to not feel guilty over not having a baby.

Regardless, we are here for it. Here are 10+ celebrities who are constantly defying gender stereotypes.

Who says men can't wear pink? The Aquaman star more than proved he could pull it off when he wore this pink suit to the 2019 Oscars.

He also always had a scrunchie around his wrist to pull back that long hair. 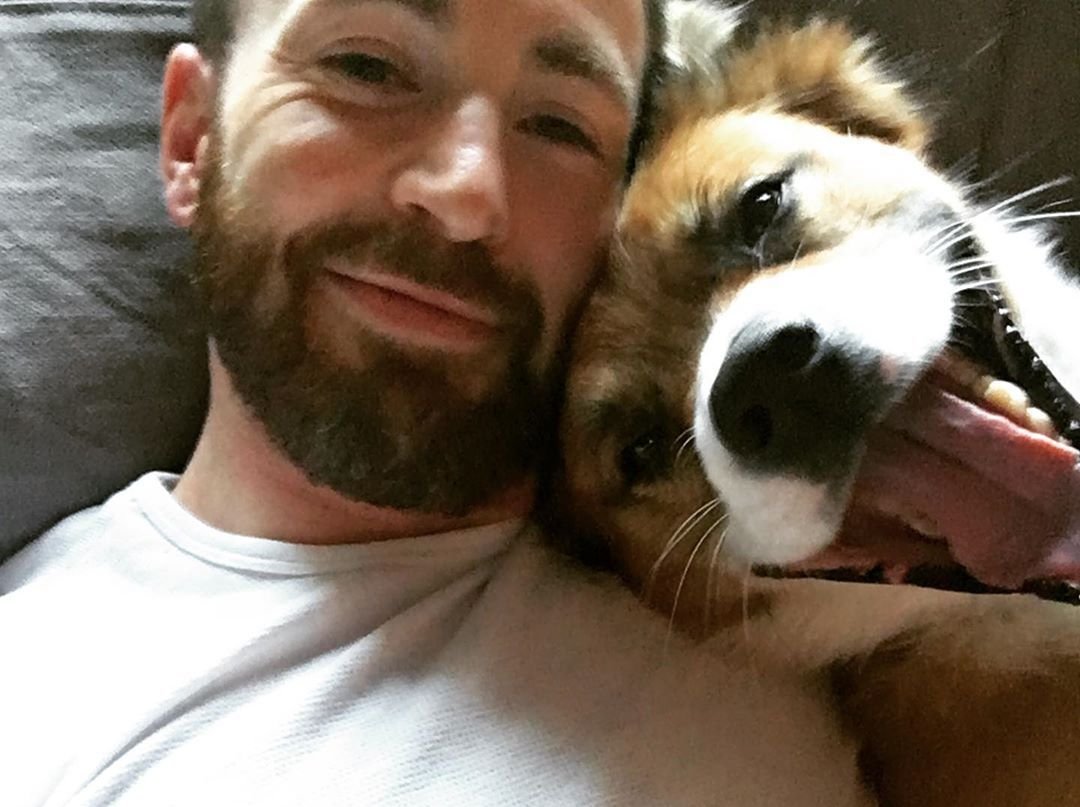 Even Captain America isn't afraid to get real about mental health issues. Something that most men feel they can't do, because of society's expectations.

“I do struggle. I get anxiety about certain things and press, things like that," he shared to Men's Health in 2019. He also admitted that he was in therapy.

Anxiety was even at the root of him initially turning down Captain America.

"You feel very judged," he admitted to The Hollywood Reporter. "And you're a little unsure about who you are".

Thankfully, his therapist and Robert Downey Jr. helped him accept. 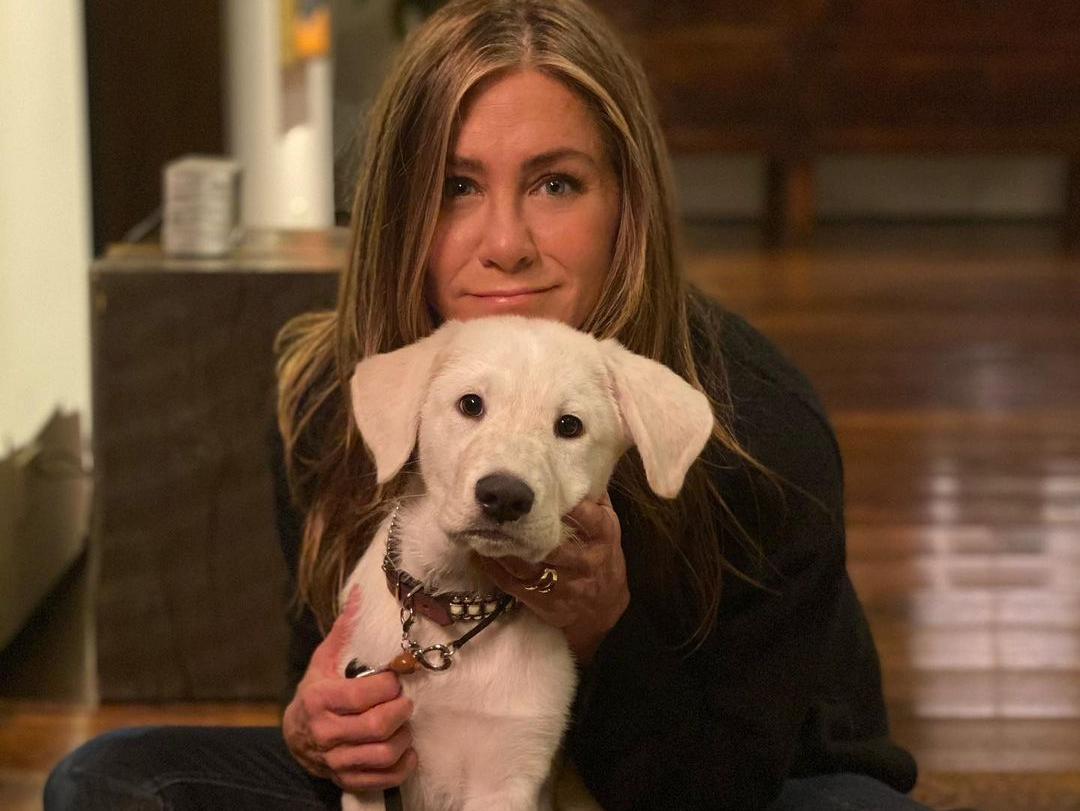 The actress doesn't feel a void being in her 50s without children or a husband.

She said that that's the mould we're slowly trying to break out of.

"What quantifies happiness in someone's life isn't the ideal that was created in the '50s. It's not like you hear that narrative about any men."

Just like Jennifer Aniston, the actor has proven that you can have happiness in your life without being married.

Besides, who needs it when you have a slew of model girlfriends and millions of dollars to keep you company? 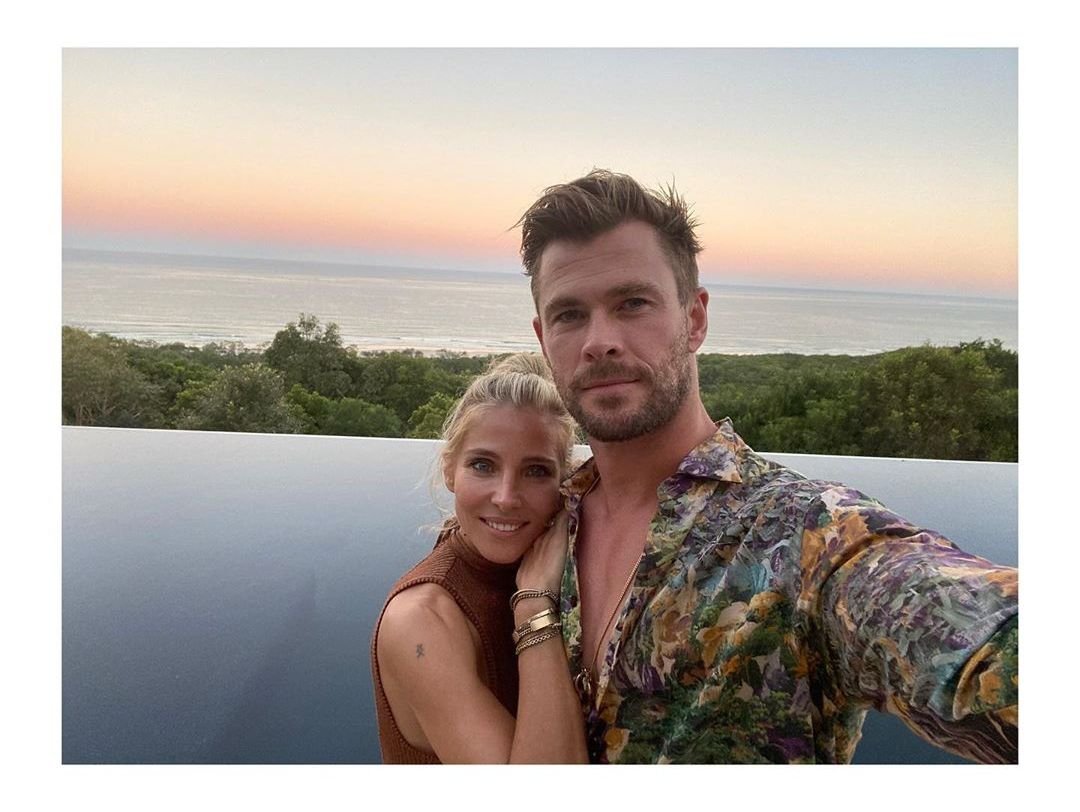 Chris is 37 years old while Elsa is 44 years old. They have been married since 2010 and have three kids. 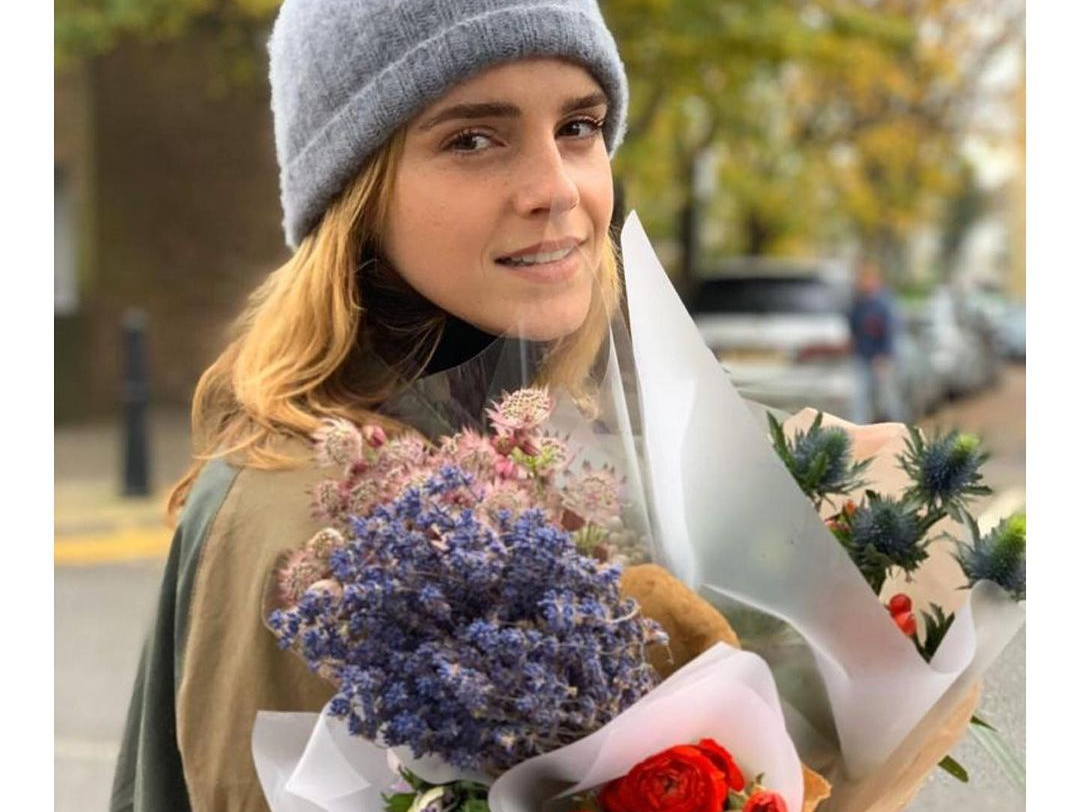 “We want to empower women to do exactly what they want, to be true to themselves, to have the opportunities to develop," she told Elle U.K. in 2016 about being a feminist. 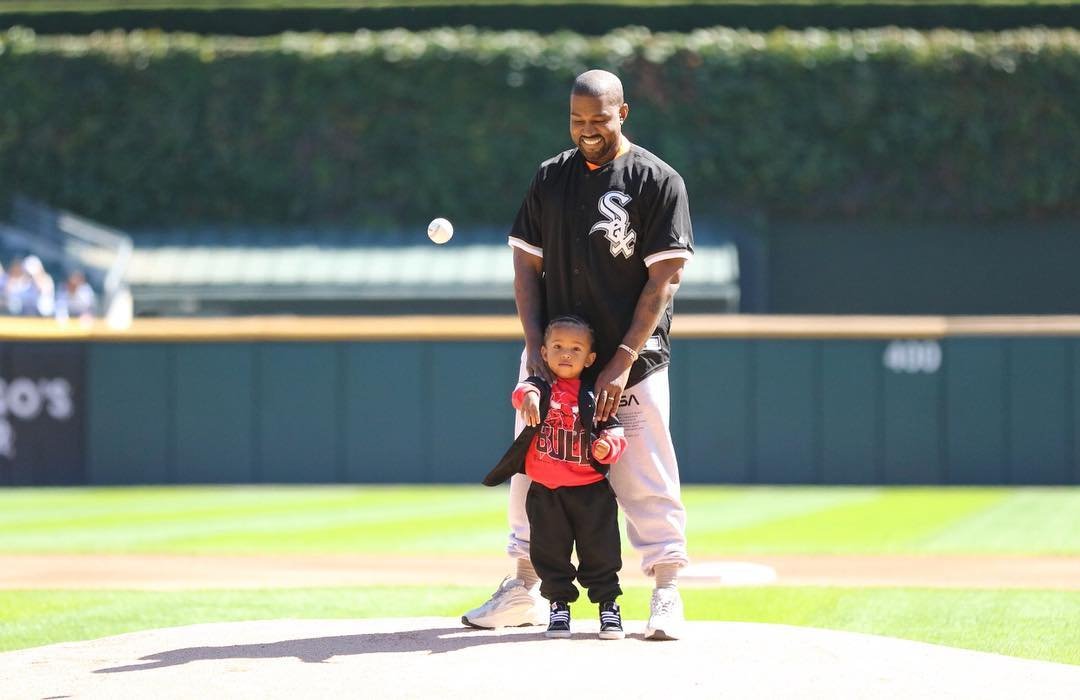 The artist isn't afraid to love fashion. Or, even to sell it as he has sold his interesting fashion to the masses with his clothing and footwear lines.

He has a super creative mind, clearly. 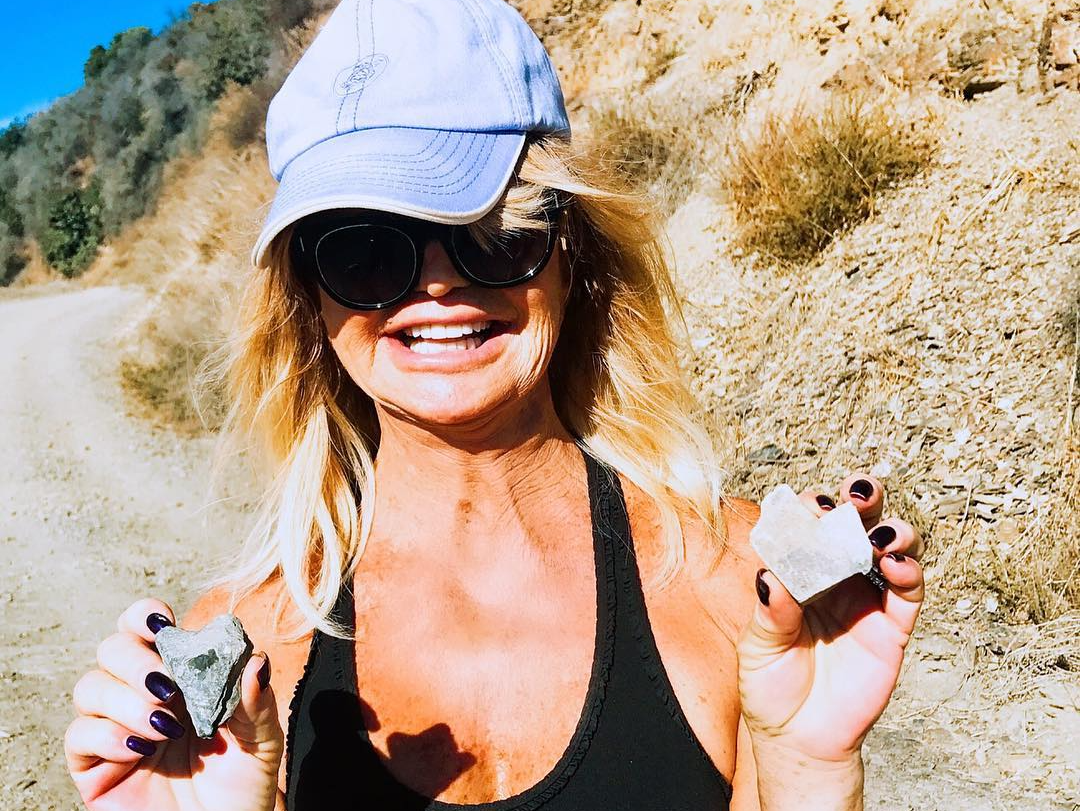 The actress doesn't need a piece of paper to feel secure in her relationship with Kurt Russell. The pair have been together for 37 years without being married!

"Marriage is an interesting psychological thing," she told the hosts of Loose Women.

"If you need to feel bound to someone, then it's important to be married."

She went on to say that not being married has psychologically left them both feeling freer. 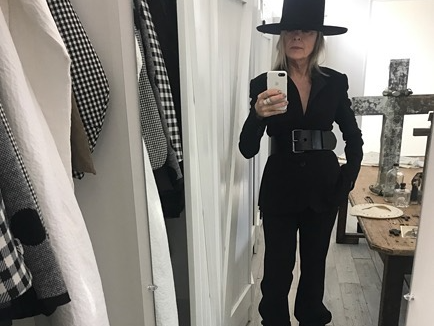 While suits are traditionally worn by men, the actress has become a purveyor of great suits.

She wears them to almost every red carpet event and loves to share her gender-bending fashion on her Instagram. "TODAY'S OUTFIT MEANS BUSINESS. CAN'T YOU TELL?" she captioned this picture. 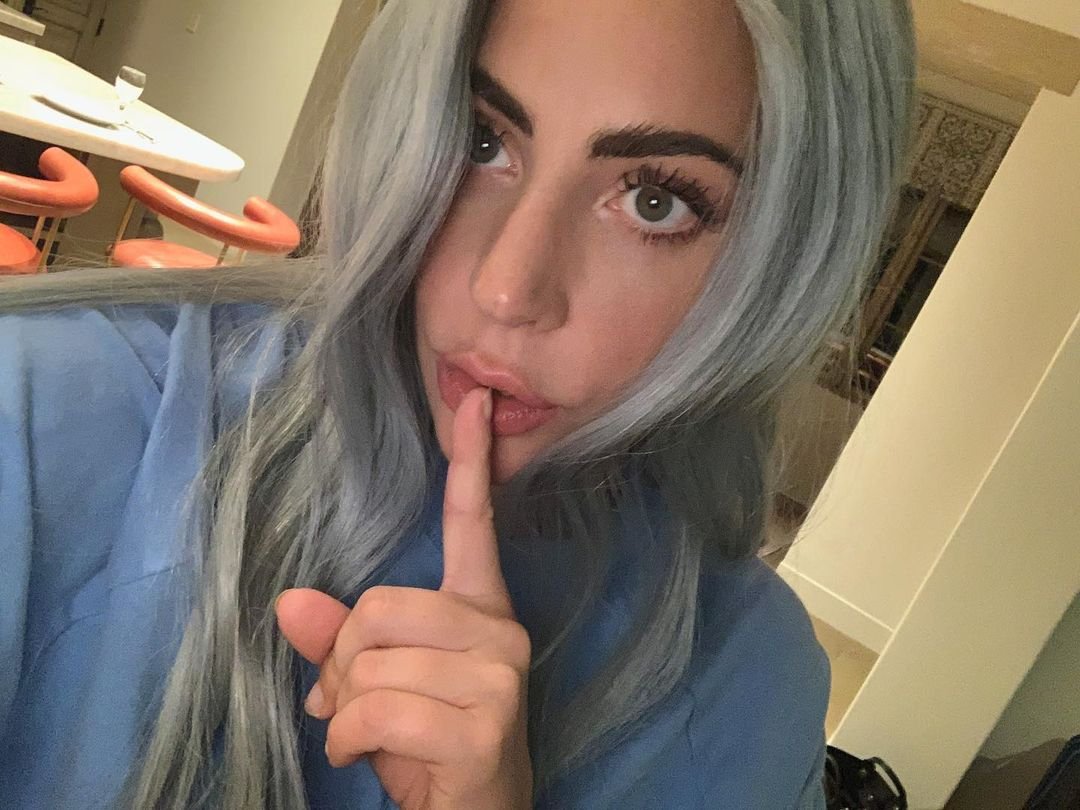 As a huge advocate for the LGBTQ community, the singer is all about encouraging people to be their true selves.

For her, this means embracing her male alter ego from time to time: Jo Calderone. He's appeared in a few of her music videos, such as for "You & I." 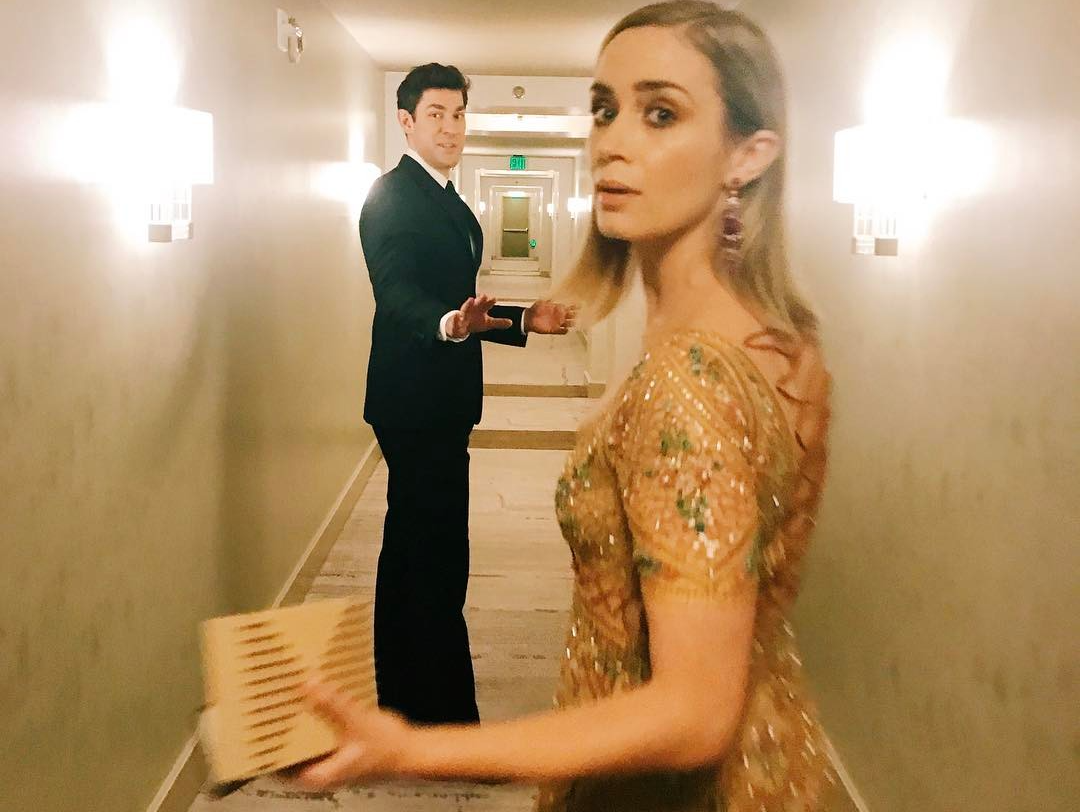 Playing a woman who struggles with alcoholism in The Girl on the Train helped Blunt learn more about gender roles.

The singer has become an unstoppable fashion force thanks to his love of gender-bending outfits.

This includes colorful tracksuits and bedazzled blouses. Or, the time when he went head-to-toe in Gucci to the Met Gala.

Like Harry Styles, gender-bending fashion is what this actor is all about.

We all know that unfortunately, women tend to make less than men.

After the actress found out that her Shameless co-star, William H. Macy, was making more than her despite having less screen time than her, she fought for equal pay.

After a very public battle, the salary standoff ended peacefully. 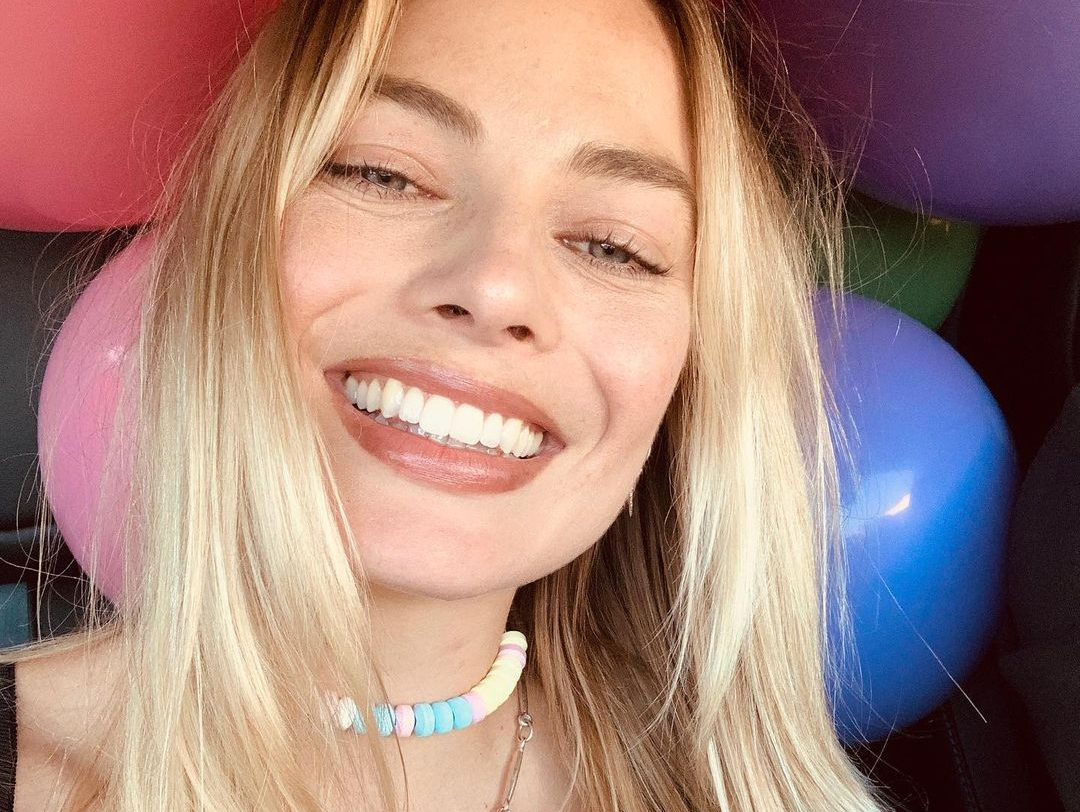 The actress owns the fact that she doesn't want to have kids.

"I'm so angry that there's this social contract," she told The Radio Times. "You're married, now have a baby. I'll do what I'm going to do."

It was actually her role in *Mary, Queen of Scots* that caused a lot of this anger towards society. 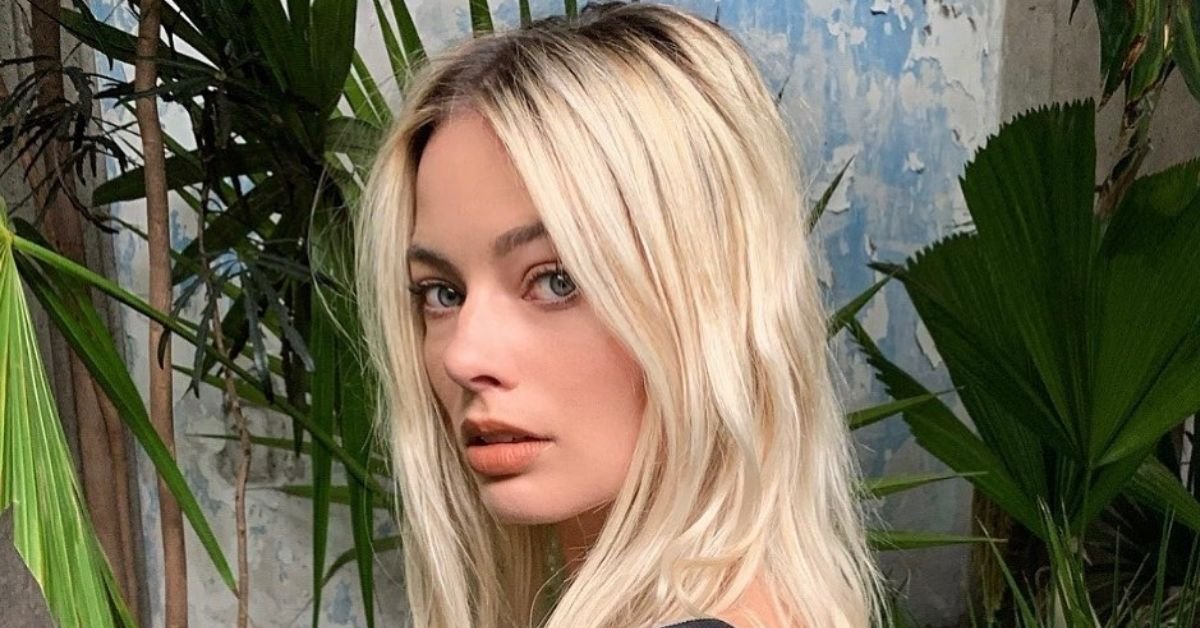 "How dare some old guy dictate what I can and can't do when it comes to motherhood," she said about her character being pressured to produce an heir. 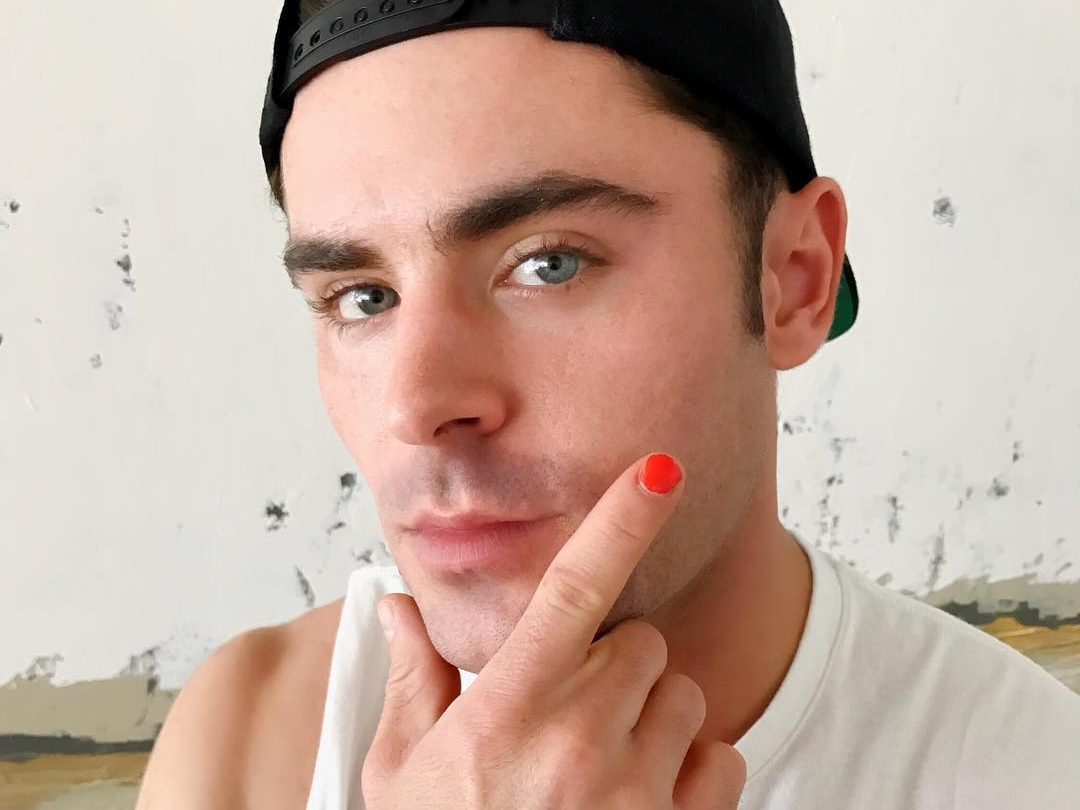 Zac's colorful nails are helping men to feel more comfortable expressing themselves, while simultaneously helping to raise awareness for violence against children.

Zac's painted nail is meant to represent how 1/5 children are subjected to physical or sexual violence before the age of 18. 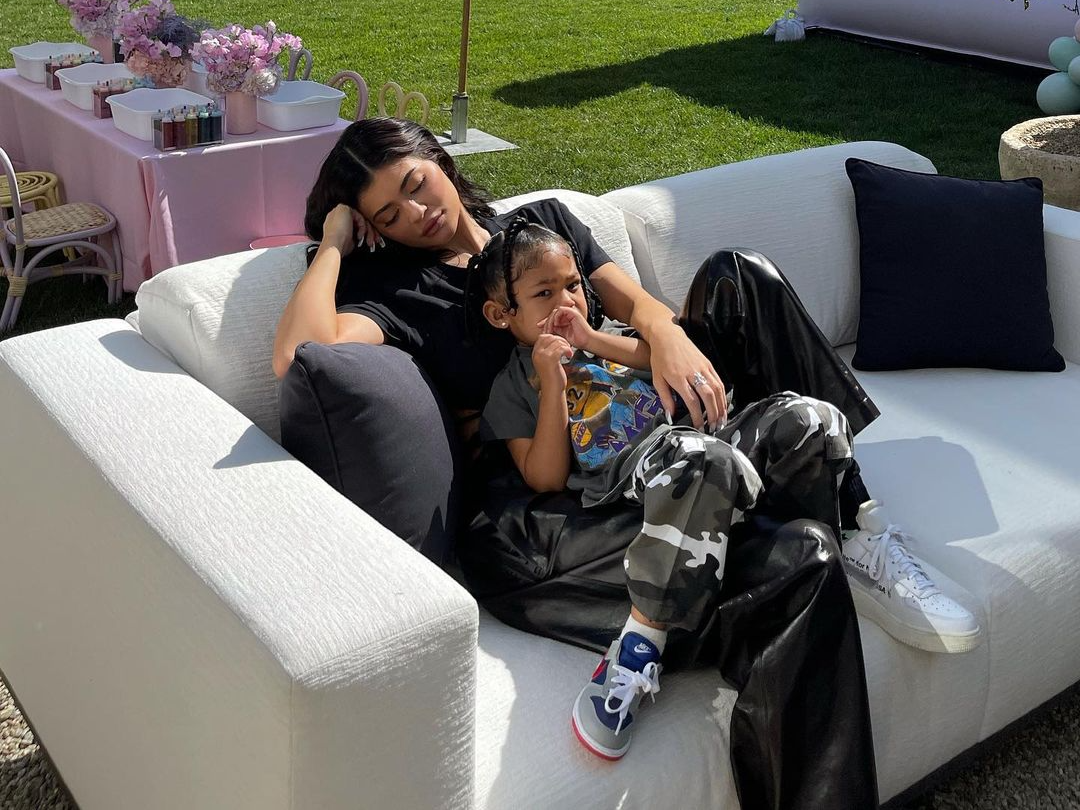 There was a time not too long ago when society might have scoffed at a 23-year-old single mother. Don't be silly enough to make the mistake of misjudging Kylie, who is well on her way to becoming one of the world's youngest billionaires once again. 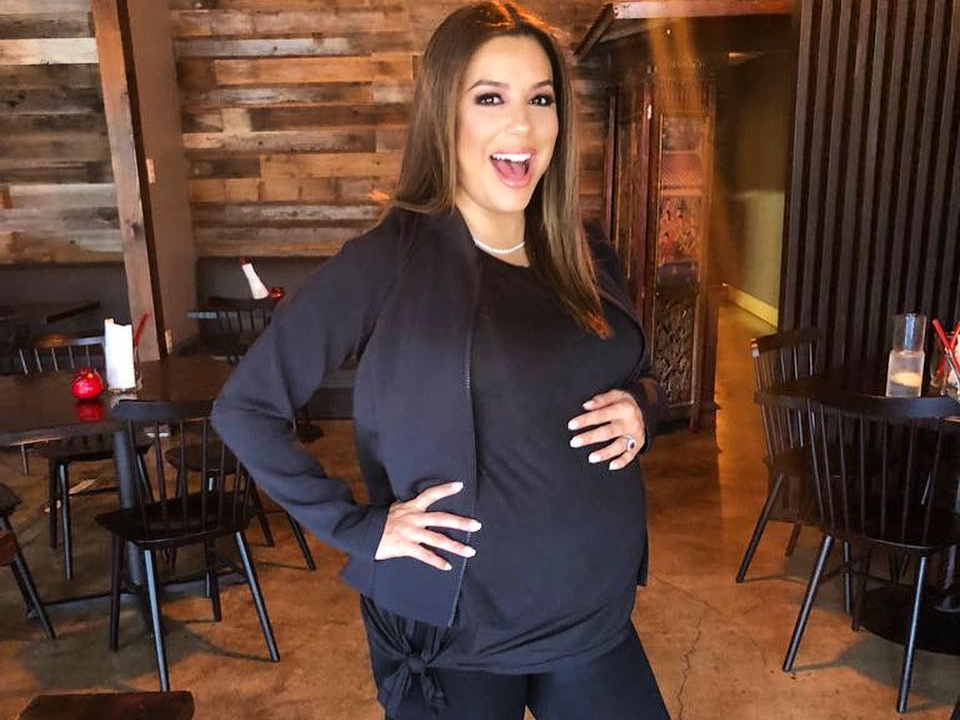 Eva Longoria didn't have her baby until she was 43. She believes that no one should be able to tell a woman when the right time to have children is.

The former Desperate Housewives star says women don't lose the ability to conceive after the age of 35 and it's high time we stopped pretending otherwise.

When Sylvester Stallone was 30 years old, he was on the verge of bankruptcy. The only thing of value he owned was a beat-up script to a passion project dubbed Rocky.

Sly defied those who cautioned him to settle down in order to pursue his dreams. 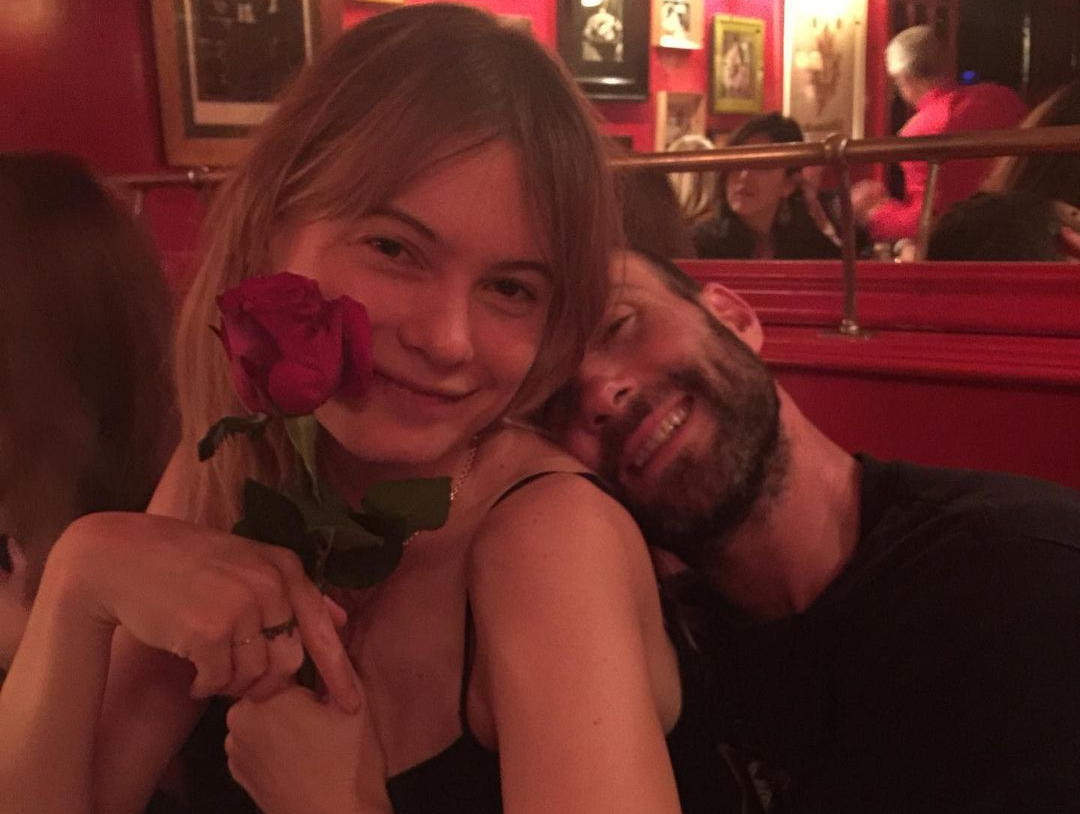 Why can't men date taller women; why can't women date shorter men? These kinds of ridiculous standards in regard to height have plagued society for generations.

Adam Levine doesn't buy into though. He's more than secure enough in his masculinity to be in a loving relationship with a tall woman.

Who says that just because you're a man, you can't show your love with another man?

Hugh Jackman and Ryan Reynolds' affection with each other is one of the many ways they prove to men that it's GOOD to show emotions.

Just because a man has a tough exterior, doesn't mean that he can't have a sensitive or soft side. Case and point.

Tom Hardy has also been known to shut down sexist interview questions. 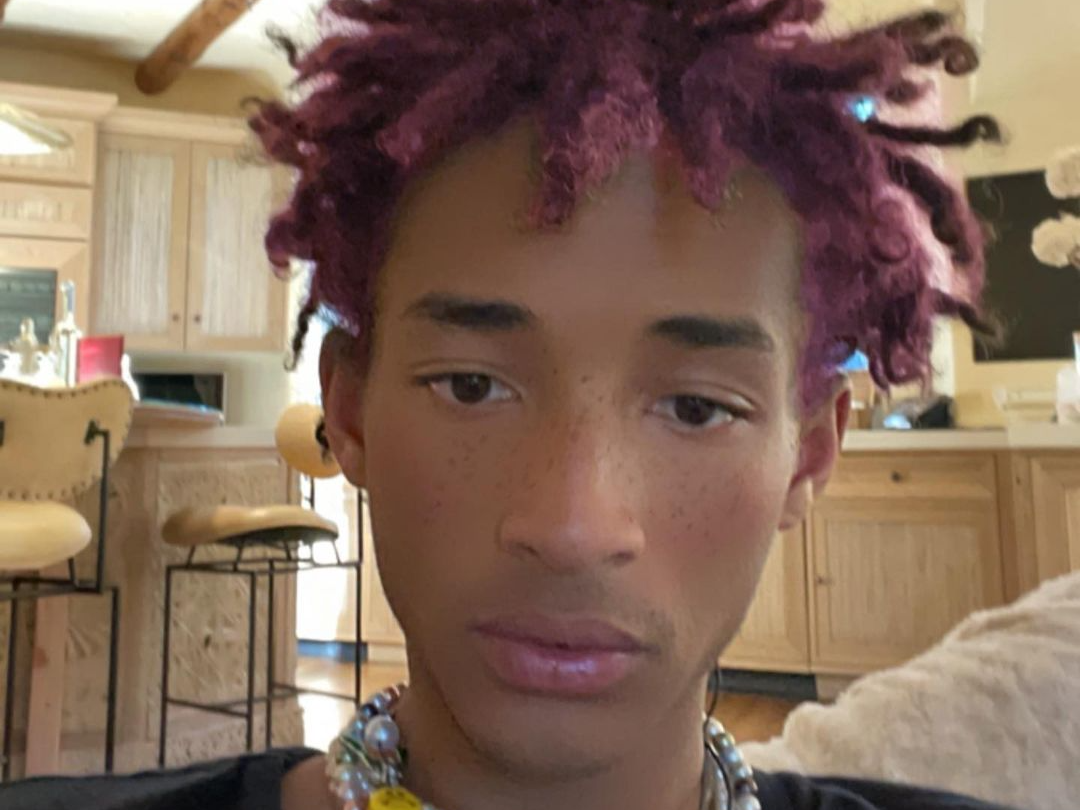 Jaden Smith believes that gender in fashion can be limiting. This is why he often enjoys showing up to red carpet events wearing a dress.

The legend of David Bowie will echo in eternity. In the '70s and the '80s, his appearance would have been considered shocking.

Bowie was a trailblazer in so many incalculable ways and it's no exaggeration to say that without his influence — the world would look (and sound) a lot different.

Throughout her entire career, Eddie has always been open about the fact that she has both a male and female side to her sexuality.

For years, Eddie has defied the norm and openly laughed in the face of anyone who would dare say that a man can't dress like a woman. 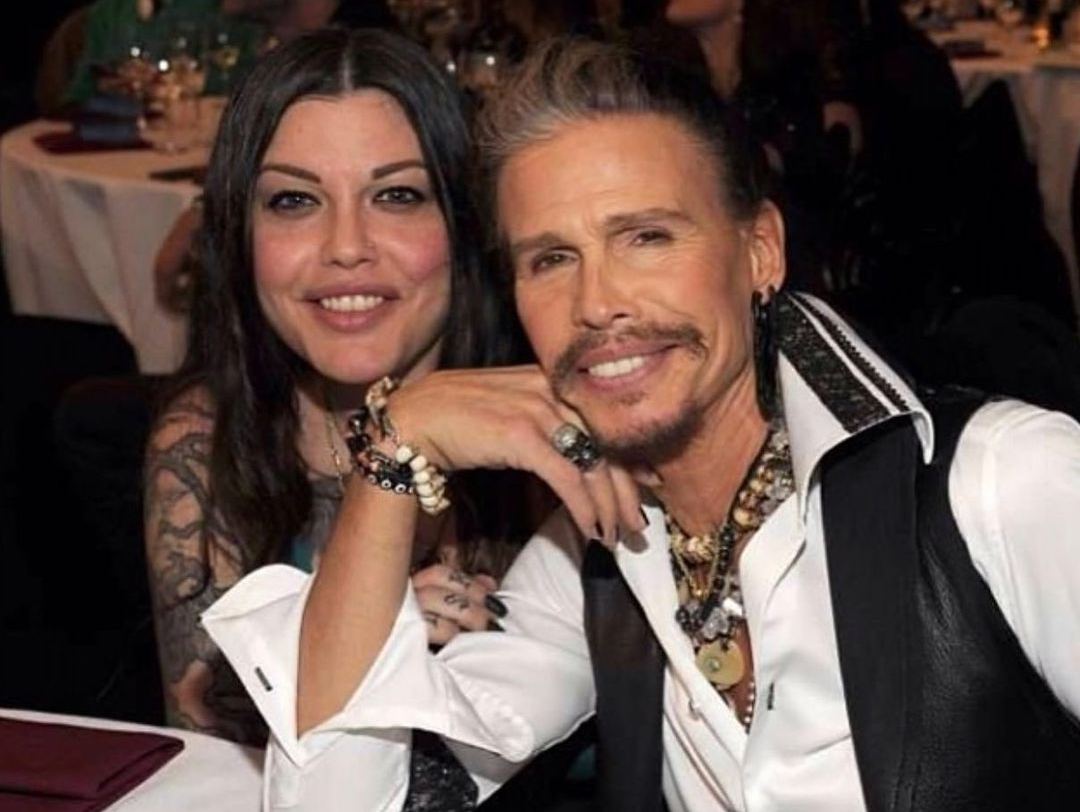 When Aerosmith first stormed onto the scene, Steven Tyler didn't fit the image of a stereotypical rock n' roll lead singer. He wore scarves around his neck, braids in his hair, and incredibly ornate jewelry

Steven has also spoken openly about his sexual experimentation with men over the years. 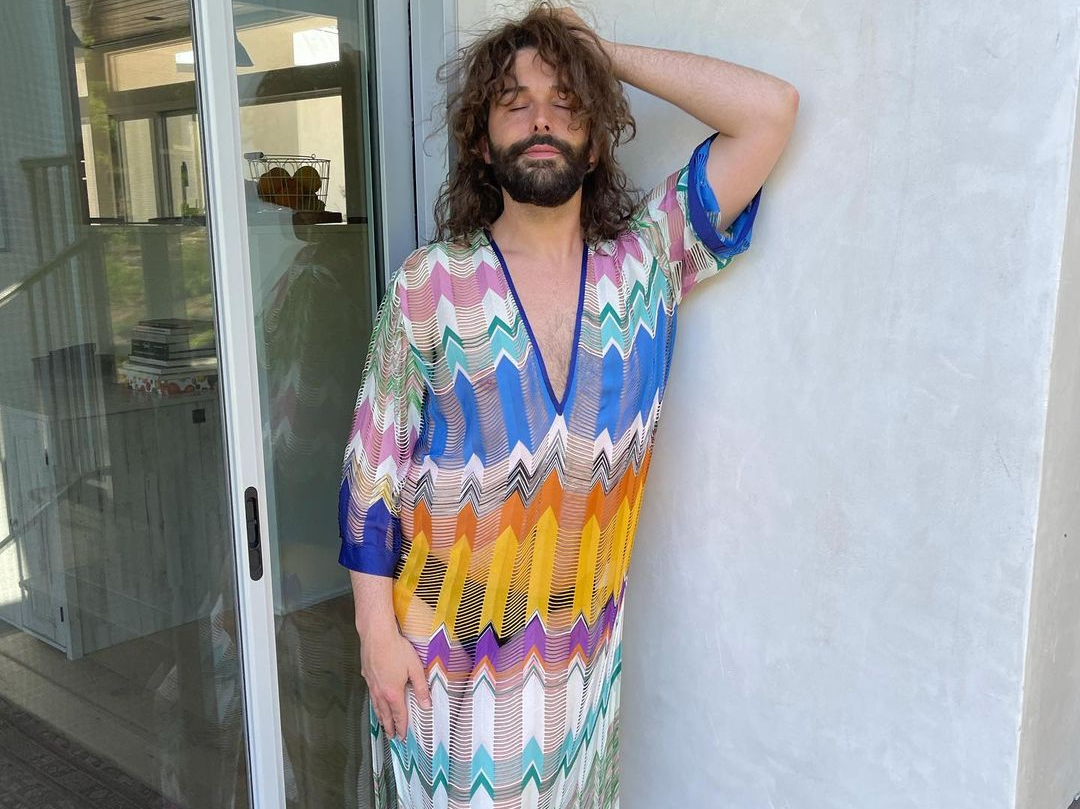 I don't know what I'm in love with more: that gorgeously colorful dress that Jonathan has on or their natural frizzy hair.

Also, did you know that Jonathan is a complete and total jock when it comes to figure skating? This gorgeous human knows their stuff.

There was a time when men couldn't wear pink. In fact, there's a great episode of The Simpsons on that very subject.

Luckily, times have changed thanks to trendsetters like Timothée, who showed up to a promo for Little Women dressed in a dapper pink suit. 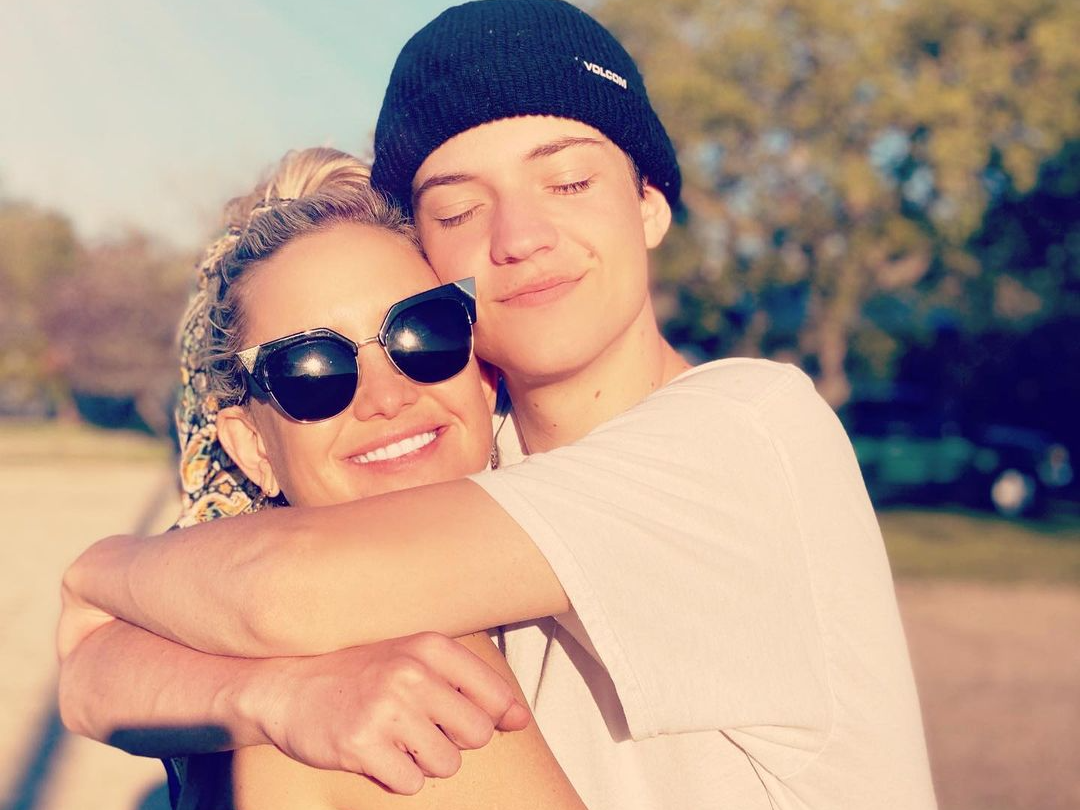 When it came time to give birth to her baby girl, Kate and her boyfriend Danny Fujikawa decided to raise her with a genderless approach.

Kate said that since she didn't know how her daughter would choose to identify, that they didn't want to influence or pressure the decision. 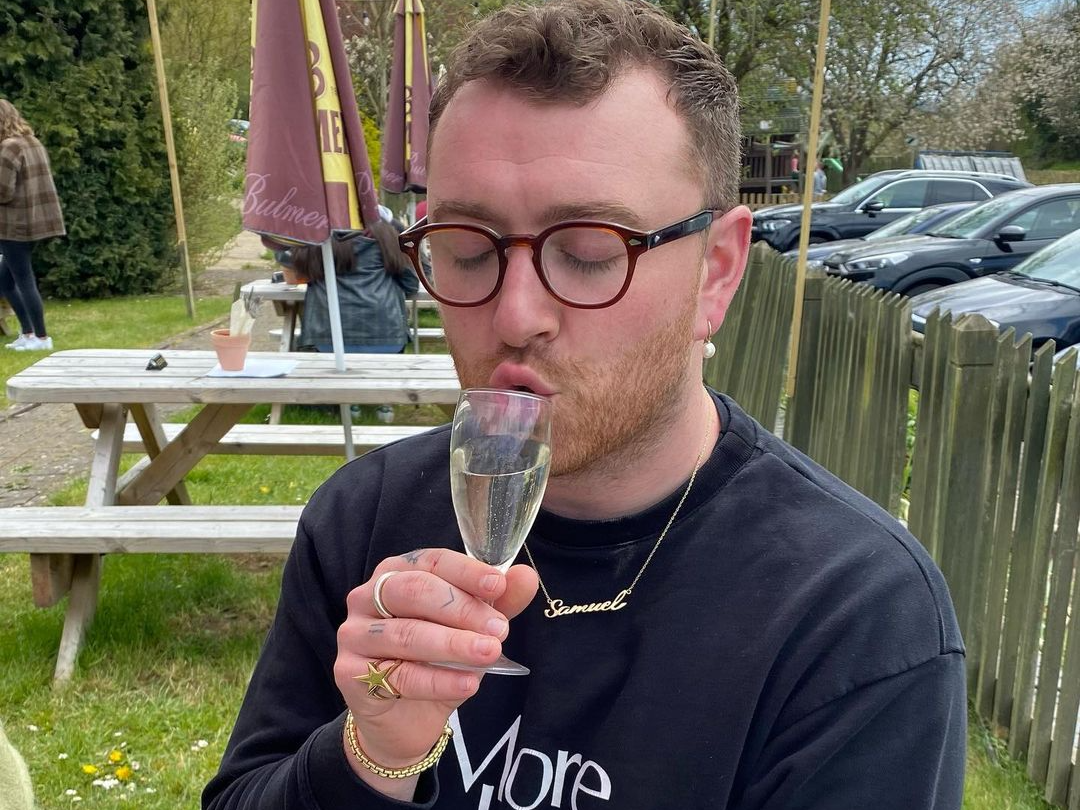 The always iconic Sam Smith believes that gender has a way of putting people into boxes.

They believe that gender, just like sexuality, is fluid as opposed to rigid. This is why Sam prefers to identify as being non-binary. 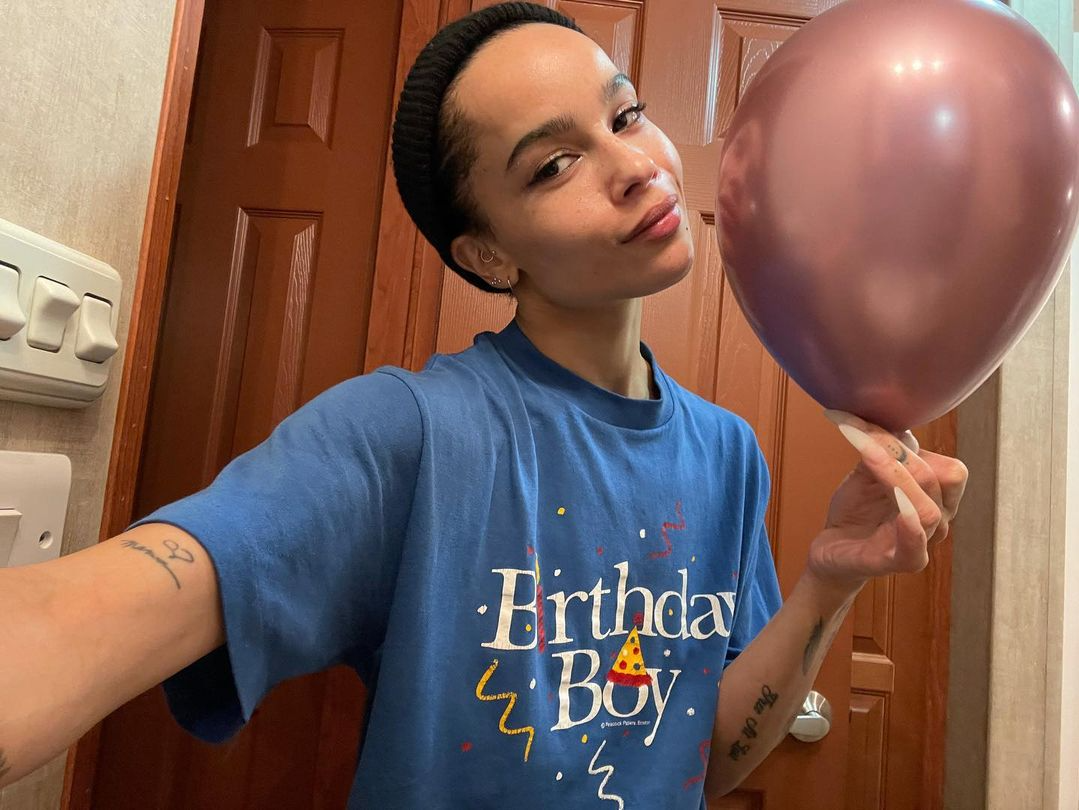 Beanies and baggy t-shirts aren't just for the boys, it's all about being comfortable.

As is plain to see from this photo, Zoë Kravitz can get away with wearing absolutely anything she wants. She's proof that style defies gender.