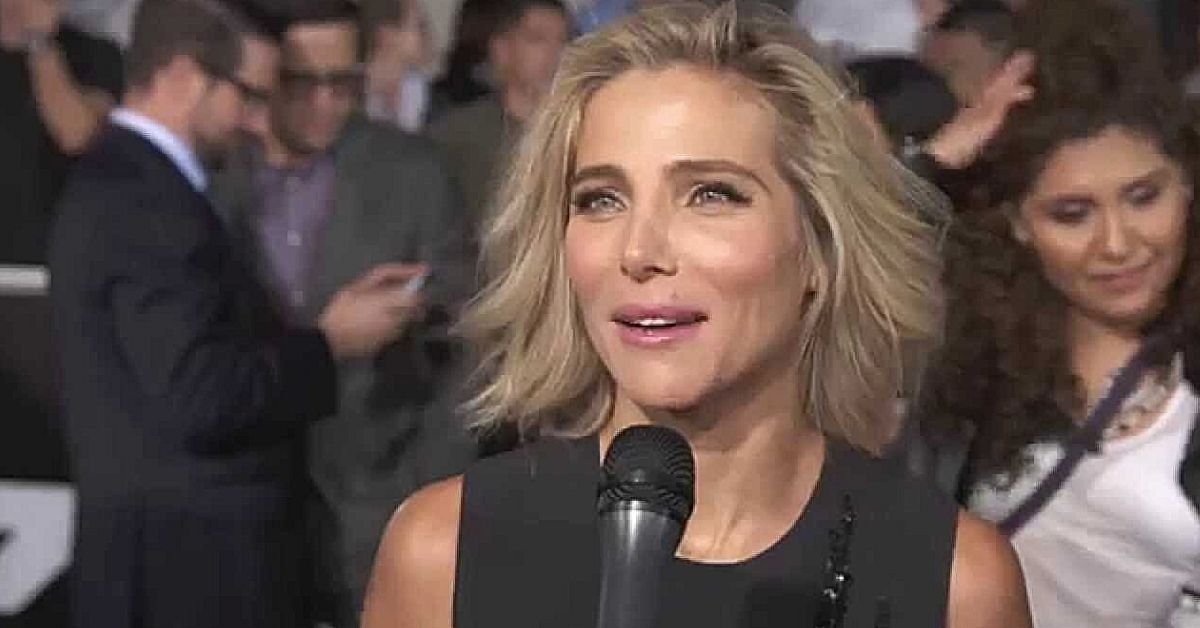 There is so much more to Elsa Pataky than just being "Chris Hemsworth's wife."

She's a former model and actress, hailing all the way from Spain. Get this: She even gave up Hollywood to raise her and Chris's three children.

That's dedication! Now, it's Elsa's turn in the spotlight with these 10+ interesting things you didn't know.

1. She met Hemsworth through a Los Angeles talent agent in 2010: 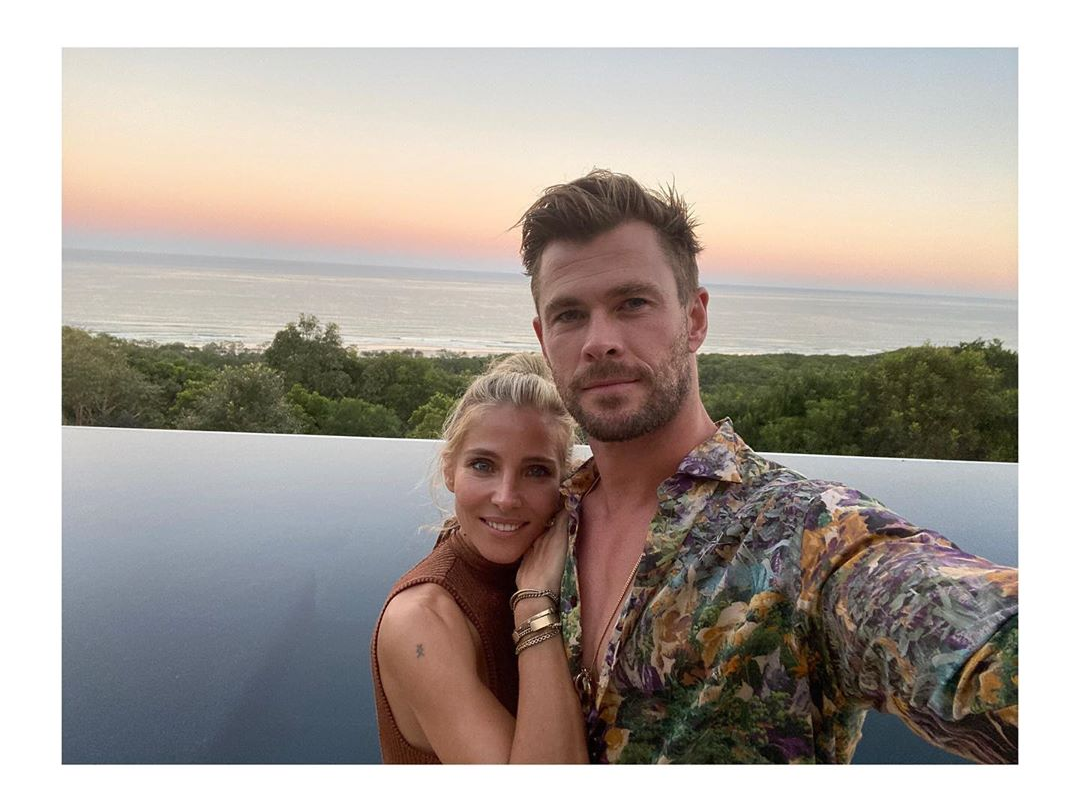 At the time, she was already a household name in Spain with several popular films under her belt.

As for Chris, he was about to become a superstar with the first Thor film.

Elsa told *Vogue Australia* that she knew her relationship with Chris was different right from the start. 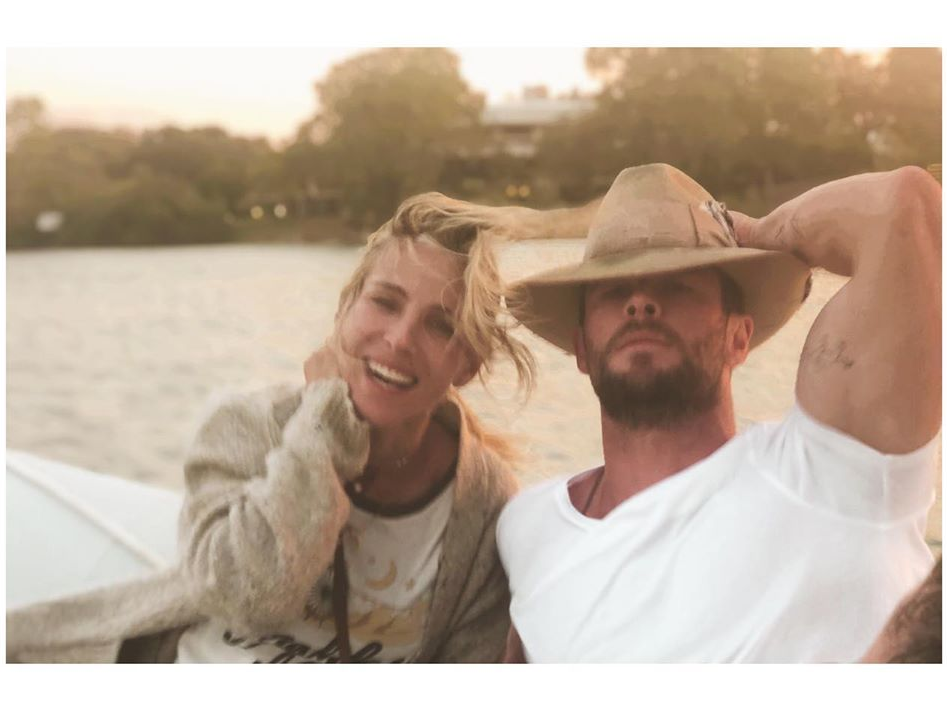 “I think you feel it. And I feel that in those moments when you have experience, suddenly it clicks, and you think: ‘This is the person I really want to spend the rest of my life [with],’” she said. 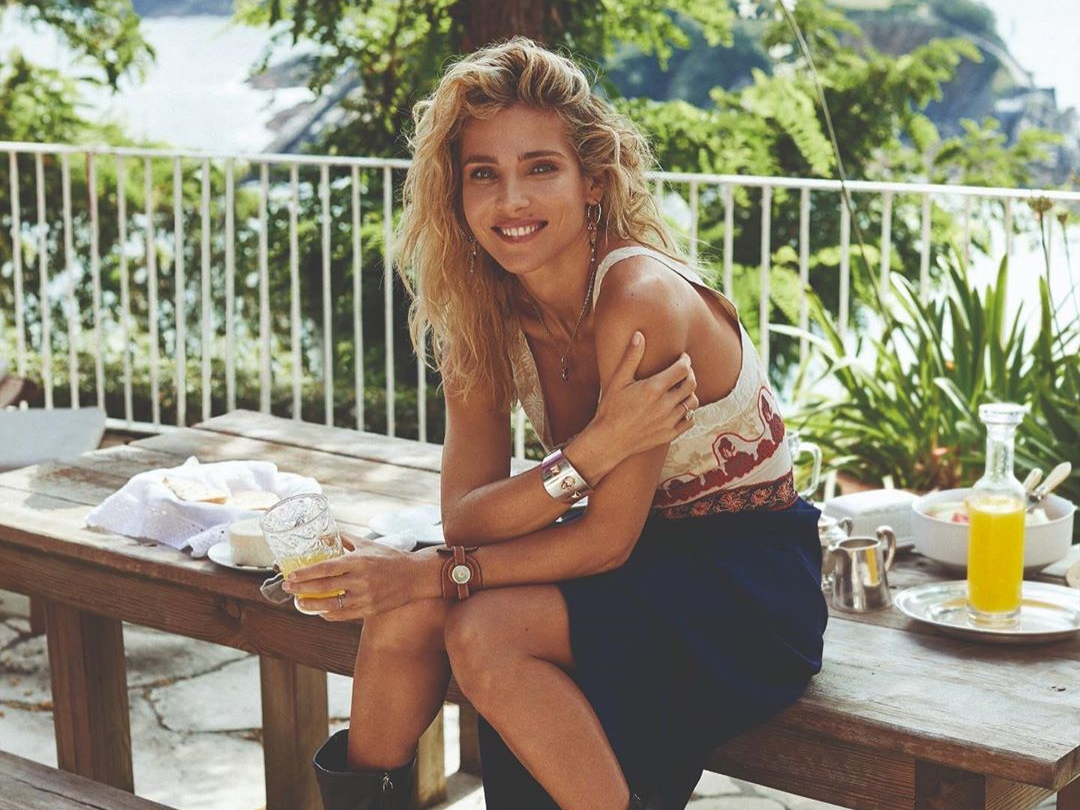 How impressive! Since her mother is of Hungarian and Romanian descent and her father is Spanish, she was around different languages growing up.

Together, the family grew up in Madrid. 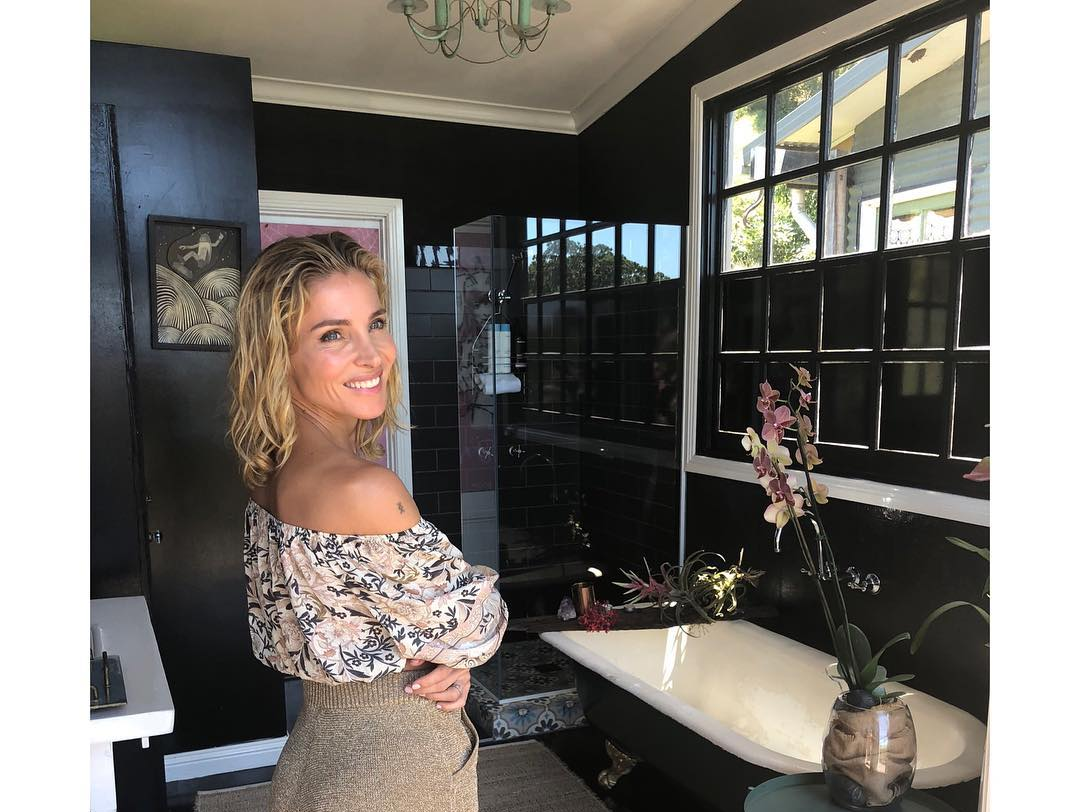 While acting was always her major focus back in the day, Elsa has modeled for several major brands, such as Dior and Maxim.

Most of her modeling these days is being the cover of a magazine.

4. She left Hollywood to live in Australia: 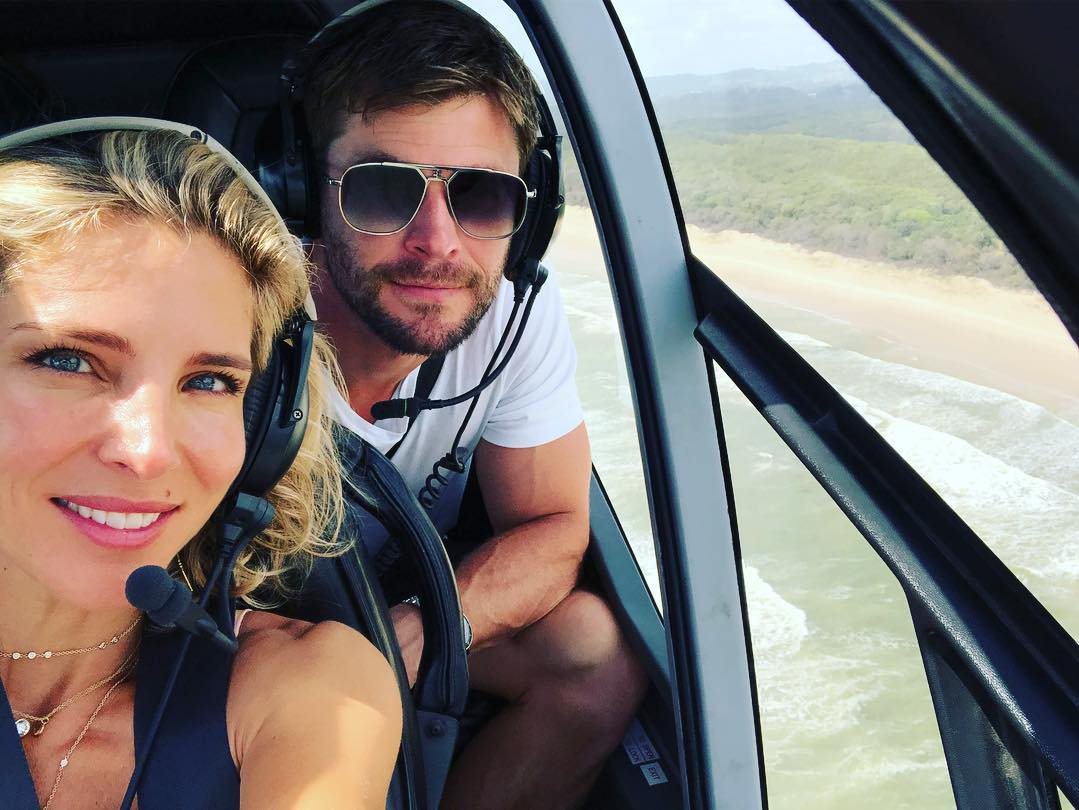 She currently resides in Byron Bay, Australia with Chris and their three kids: India Rose and twins Sasha and Tristan.

The model told Vogue Australia that she found the fast pace of Hollywood to be at odds with her goal of building a family.

“I feel Hollywood consumes you in such a way that it feels like work all the time,” she said. 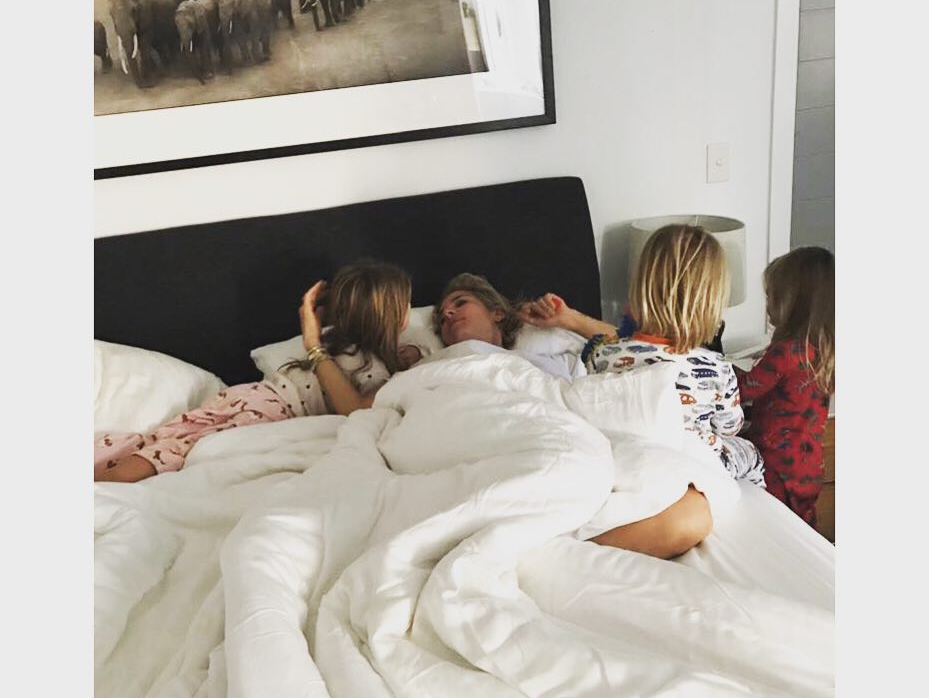 She continued on, saying that, “I think when you’re in it you don’t even realize but when you get out, it changes everything." 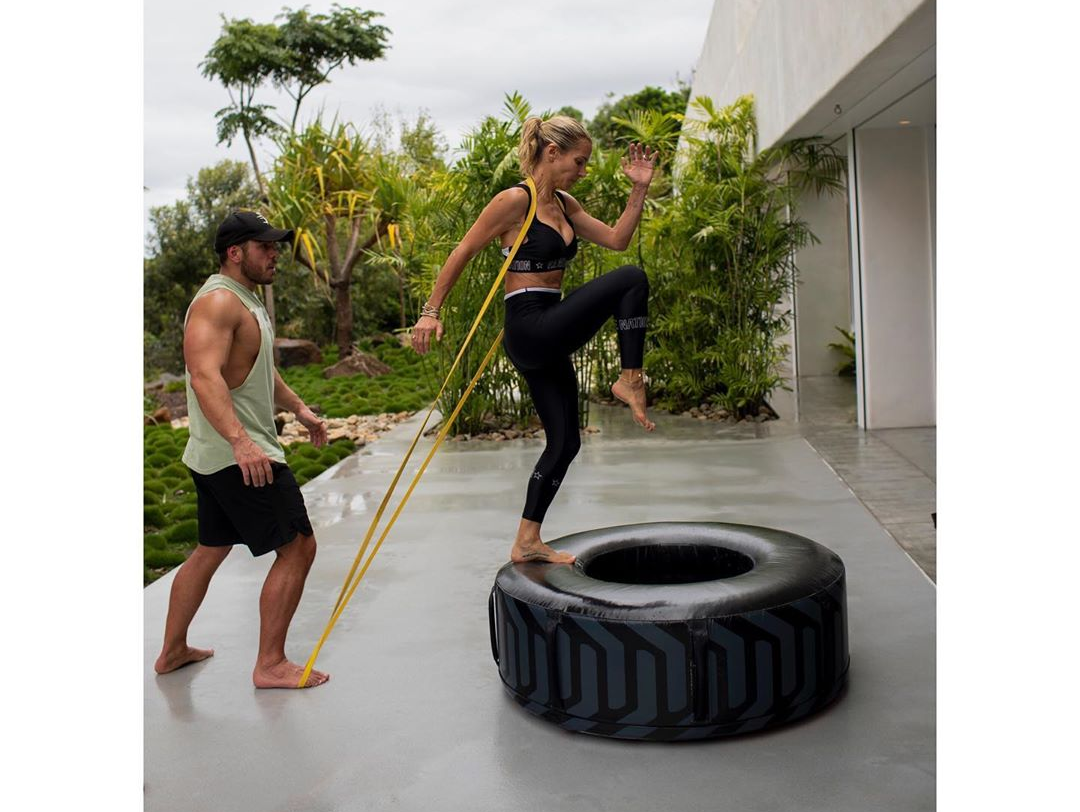 You wouldn't be able to tell that she has three kids just by looking at her. She's gorgeous!

Working out is even what helped her and Chris bond when they first started dating.

They've turned their passion into a fitness app called Centr.

It has guided workouts on it, which Elsa does, and she also does yoga in her spare time.

"I like how it makes my muscles long and lean," she told Australia's Body + Soul.

6. She quit Hollywood to focus on being a mom: 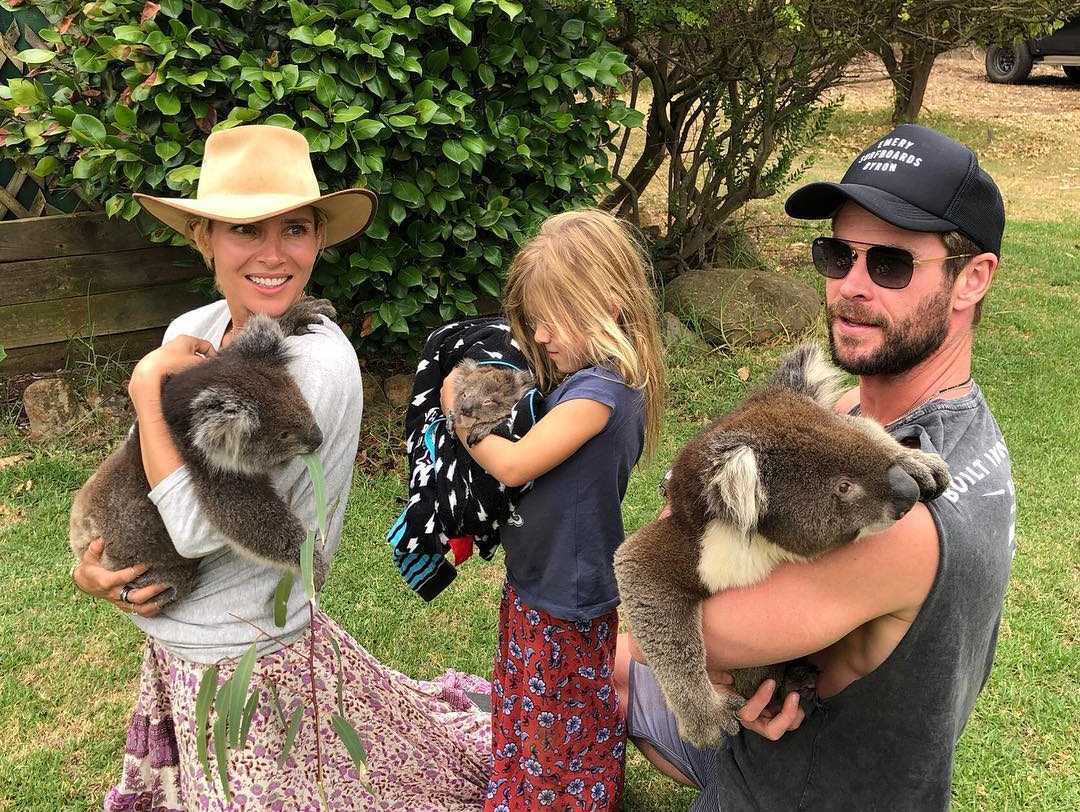 Once Elsa and her family relocated from L.A. to Australia, the next natural step was to take a step back from acting.

"I changed my life to be a mum," she told Vogue Australia, adding that it's "just the most amazing thing in the world."

7. She has a matching tattoo with Miley Cyrus: 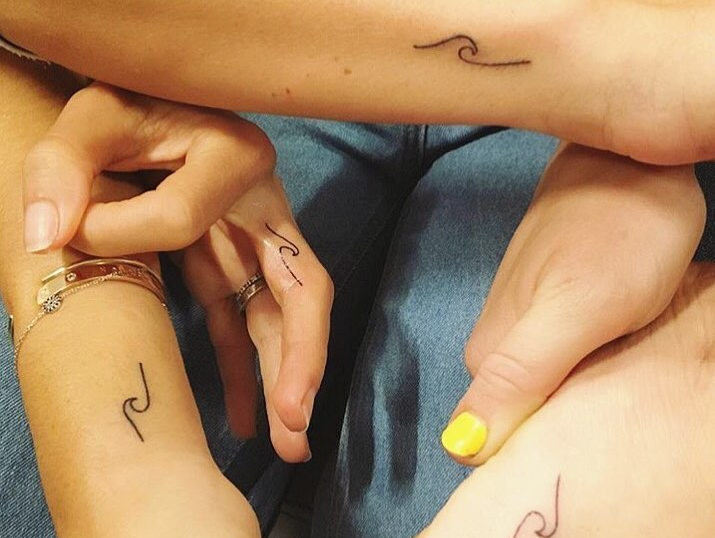 While she's never spoken out about her ex-sister-in-law, she has opened up about the wave tattoo that they share.

“I don’t regret any of them, they’re symbols and I love having them and it reminds me of those moments," she told Vogue Australia.

8. She's raising her kids to be in touch with their Spanish roots: 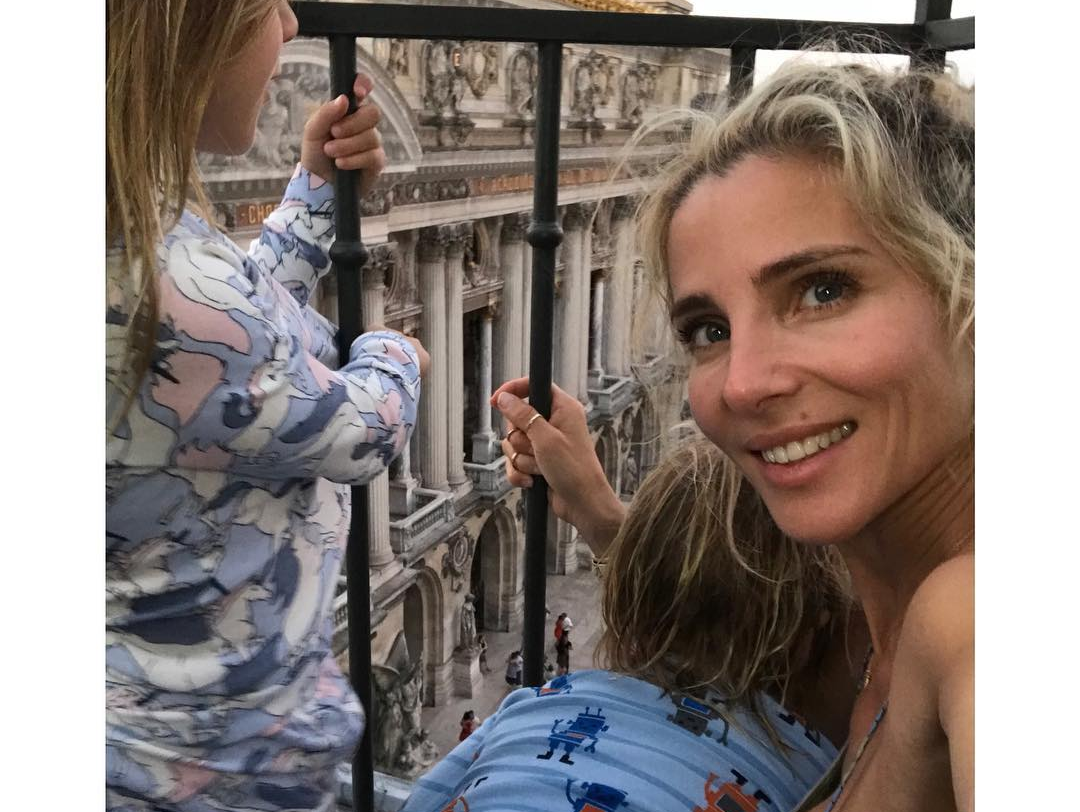 One way she does this is by having her Spanish family close by to speak in Spanish, she told Hola!.

She also loves to cook and educate her kids about Spanish dishes. Before COVID, the family would visit her home country every summer.

9. She released a book on health and wellness: 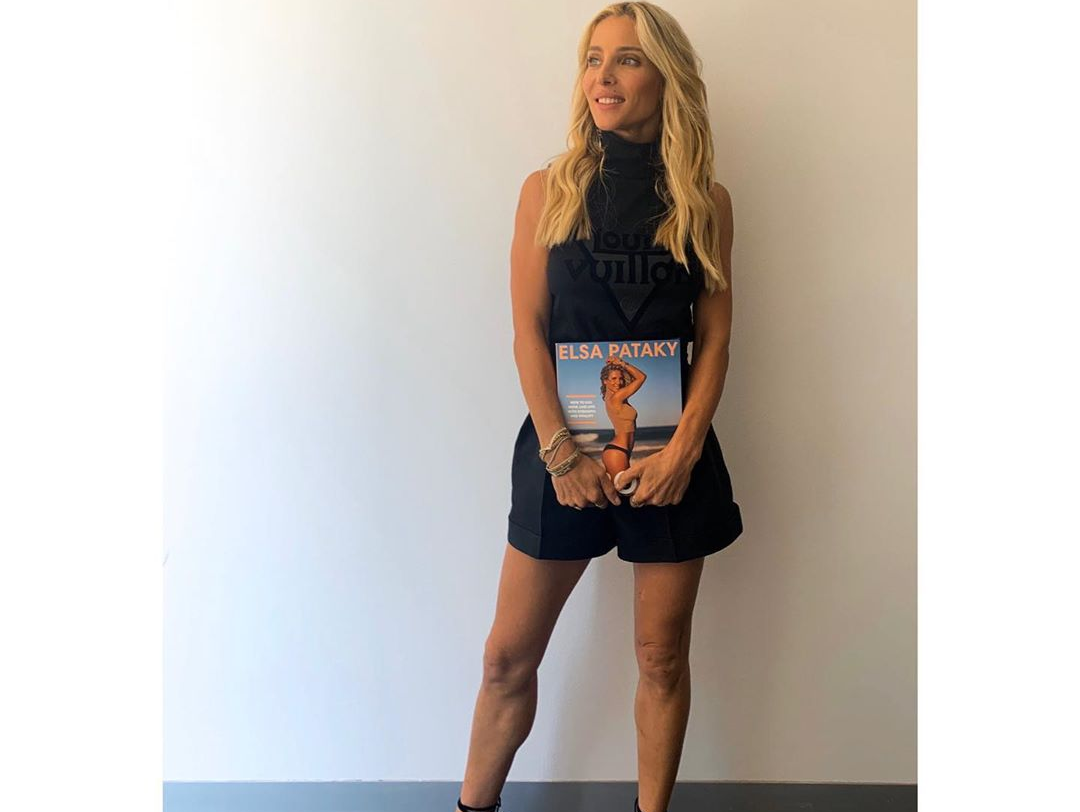 Anyone who looks the way she does at 44 is someone you want to take advice from.

She released Strong: How to Eat, Move and Live with Strength and Vitality in November 2019. 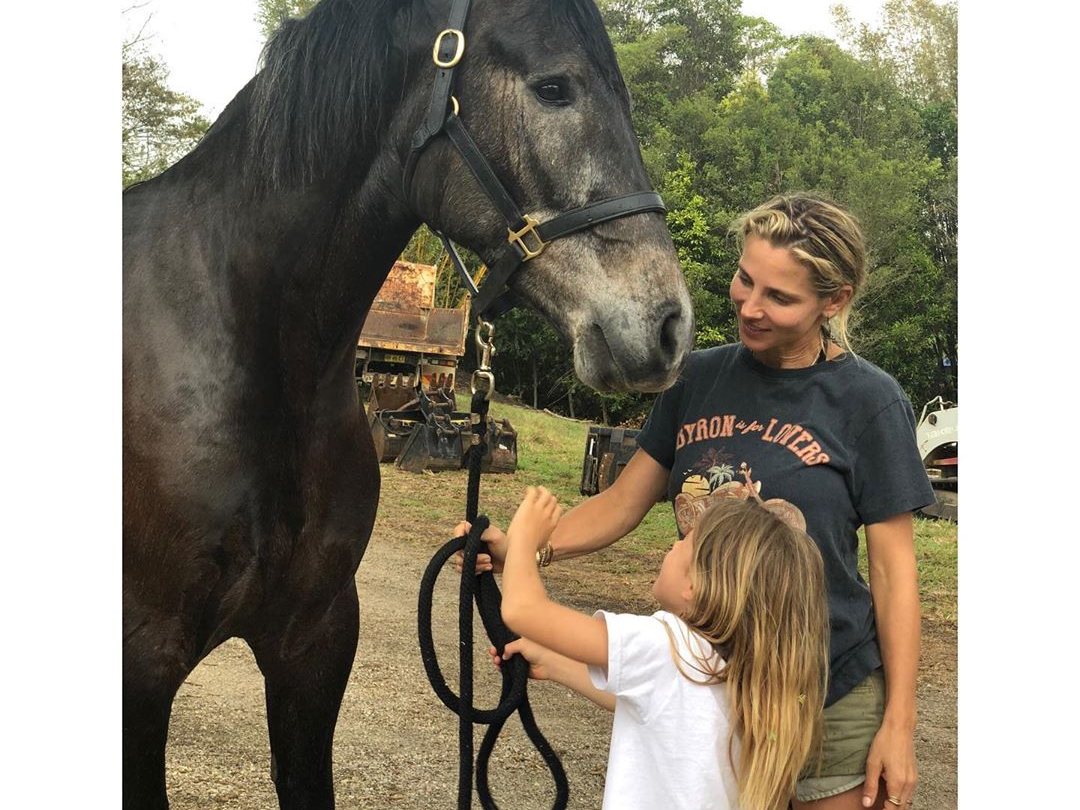 This passion goes back to her childhood.

"I learnt to ride as a child, but my family couldn't afford to buy me a horse," Pataky told Harper's Bazaar.

When she earned her first acting paycheck, she finally got her horse!

11. She once dated Adrien Brody:

Before Elsa fell for Chris, she dated Brody pretty seriously for several years.

He even bought her a castle for her 31st birthday (!!). The castle ended up having a 35-page spread in Hello! magazine.

“When I saw the castle, I asked Adrien, ‘Is this ours?’” Pataky told the publication. “He said, ‘Yes – welcome home.’”

And then...she dumped him for Thor. Yes, seriously.

Moment of silence for this fallen soldier.

12. She was part of *The Fast And The Furious* franchise: She played Elena Neves during several of the films in the franchise.

While she doesn't act much these days, she did play Adrielle Cuthbert in the Netflix original Australian series, The Tidelands.

13. Her relationship with Chris is not always "easy": 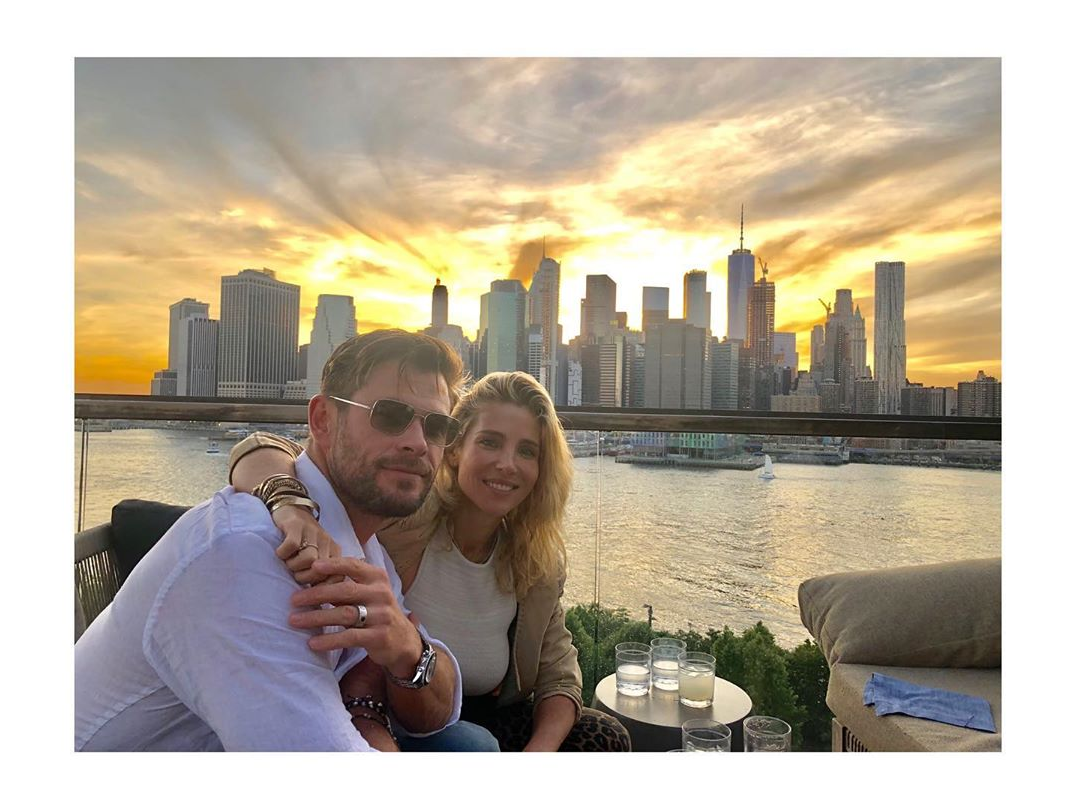 On the surface, they look like the perfect couple. But Elsa debunked this in an interview with Australia's Body + Soul.

"No way. It's been ups and downs, and we still keep working at the relationship."

When she and Chris get into a fight, she'll yell at him in Spanish: 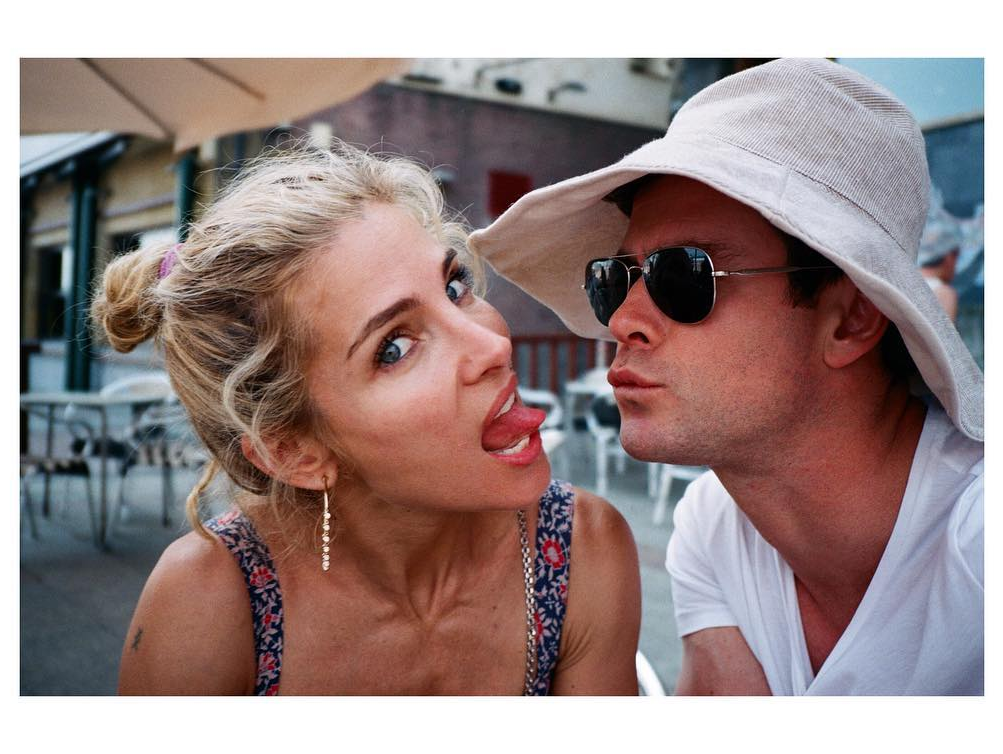 When this happens, Chris doesn't know what to say.

"When I hear the Spanish directed at me, it's usually in pretty unfortunate, controversial, aggressive situations," Chris revealed on The Ellen DeGeneres Show.

He also added that the couple rarely fights. So when it happens — and the Spanish comes out — things are serious.

"When she gets angry enough, drop the façade, the English façade, and it's like, 'Taka, taka, taka,'" he added.

14. Elsa is quite a bit older than Chris! 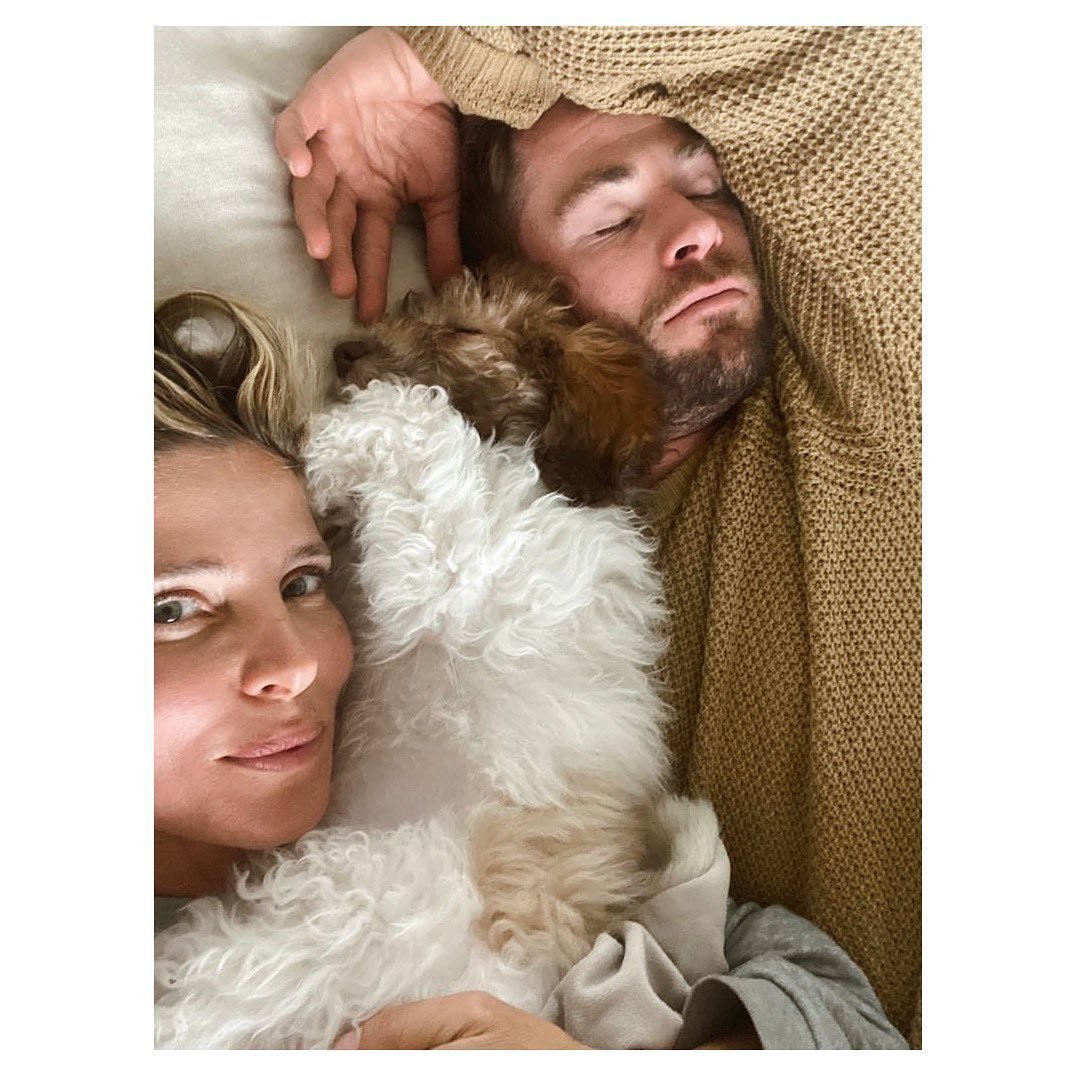 While age gaps are pretty common in Hollywood, it's usually an older man with a younger woman, but Elsa has seven years on Chris!

15. Her American debut as an actress was in a pretty infamous movie. 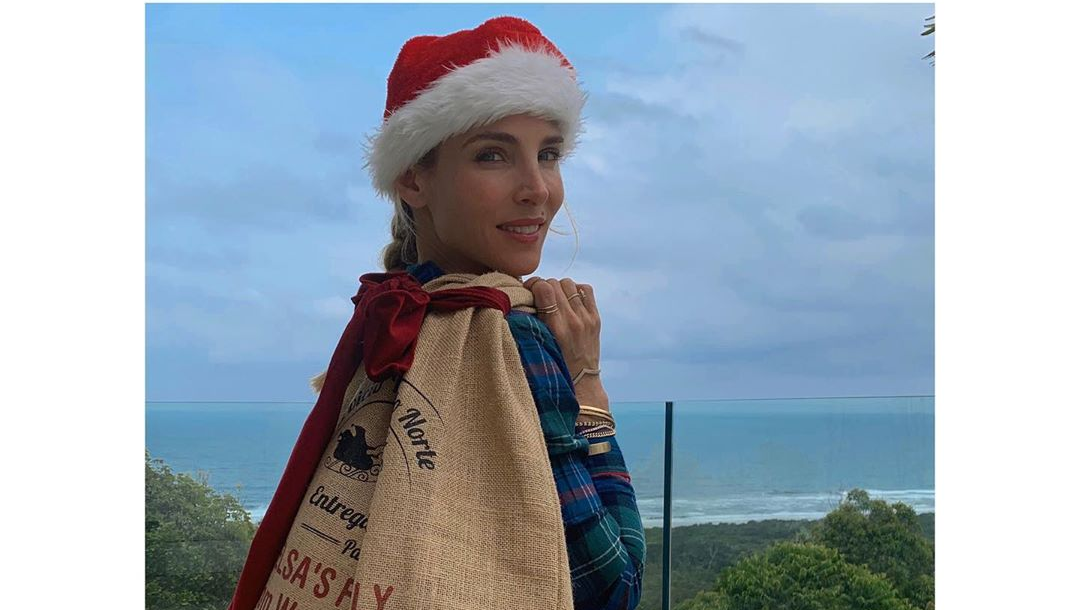 Elsa was one of the very unlucky passengers alongside Samuel L. Jackson on the controversial film Snakes On A Plane!

Word is still out on whether she's had it with these monkey-fighting snakes, though. 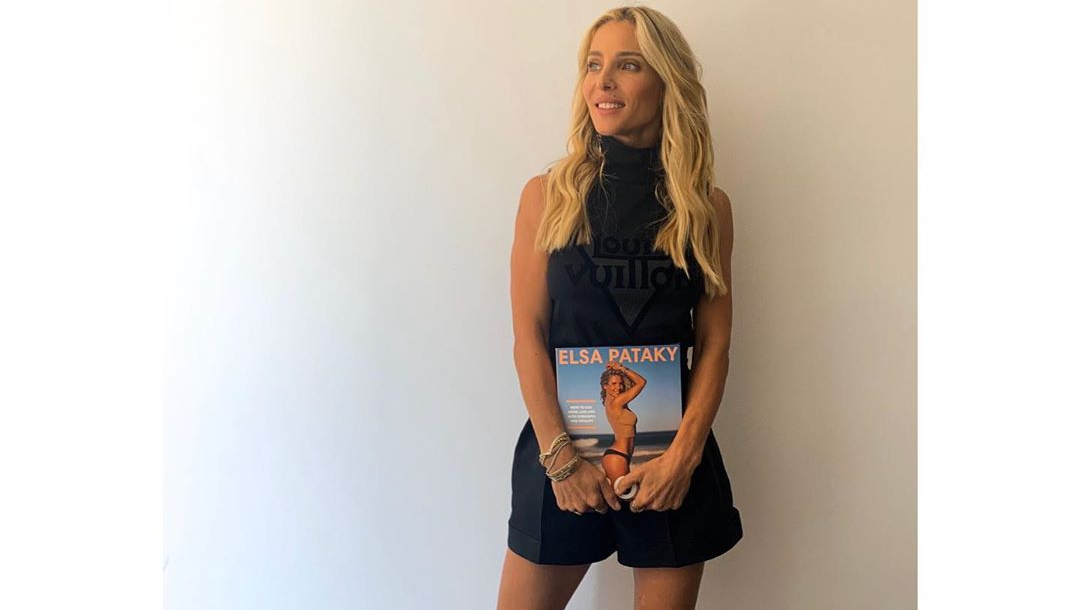 People With Money reported that her income was apparently $75 million that year alone!

17. She could have been a journalist! 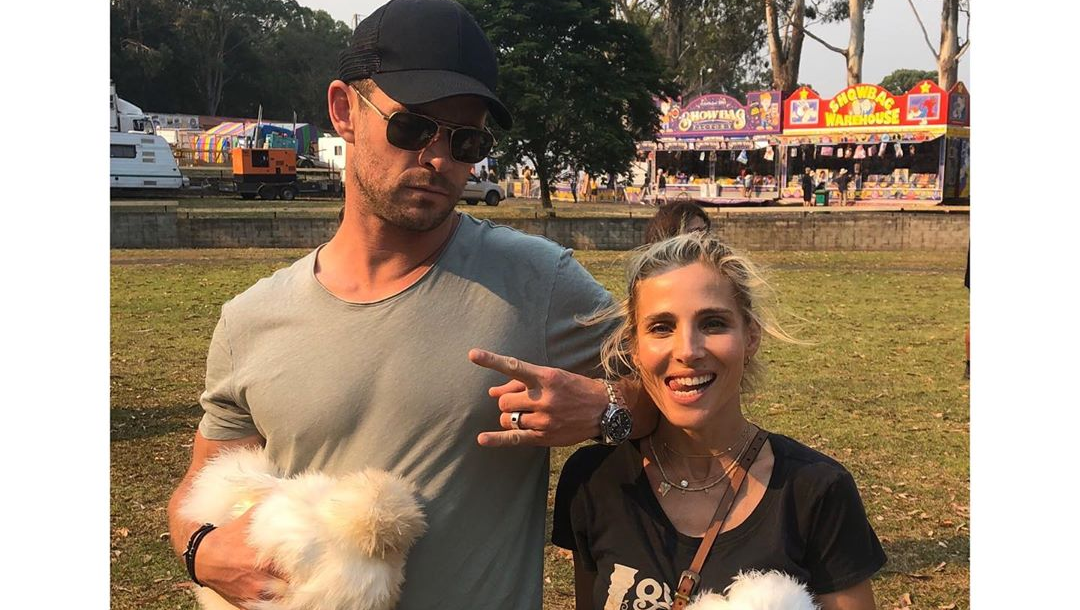 If modeling and acting hadn't worked out so fabulously for Elsa, she had a pretty good fallback — she attended university in San Pablo where she studied journalism!

18. Elsa is quite the fighter. 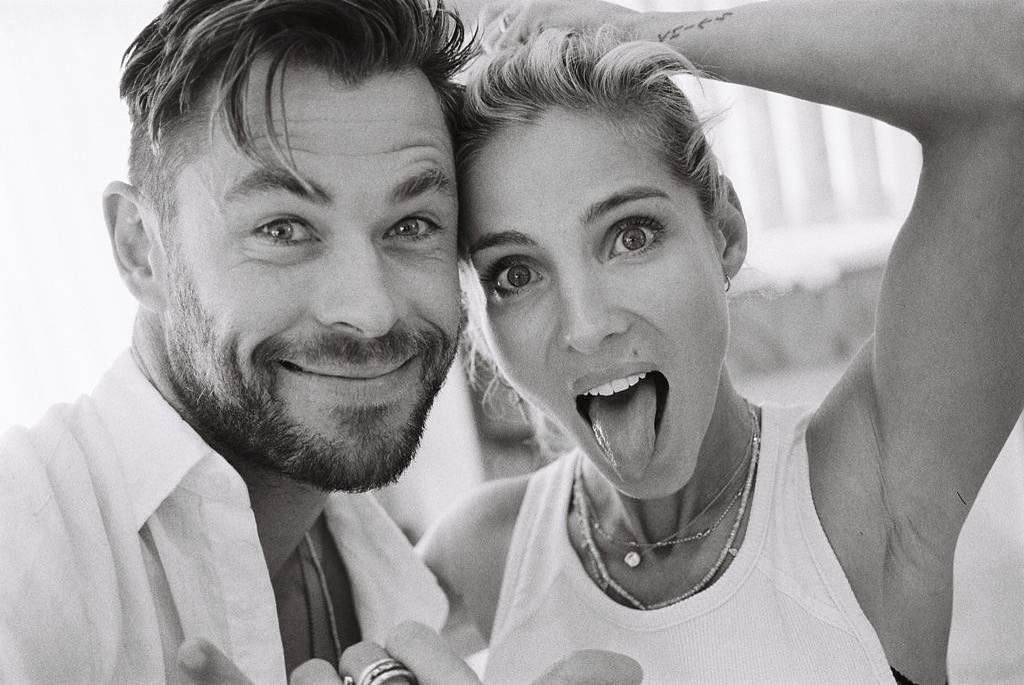 Elsa loves martial arts and has credited 15 years of studying Shotokan Karate for how she's stayed in such incredible shape over the years!

Remind me not to get on her bad side!