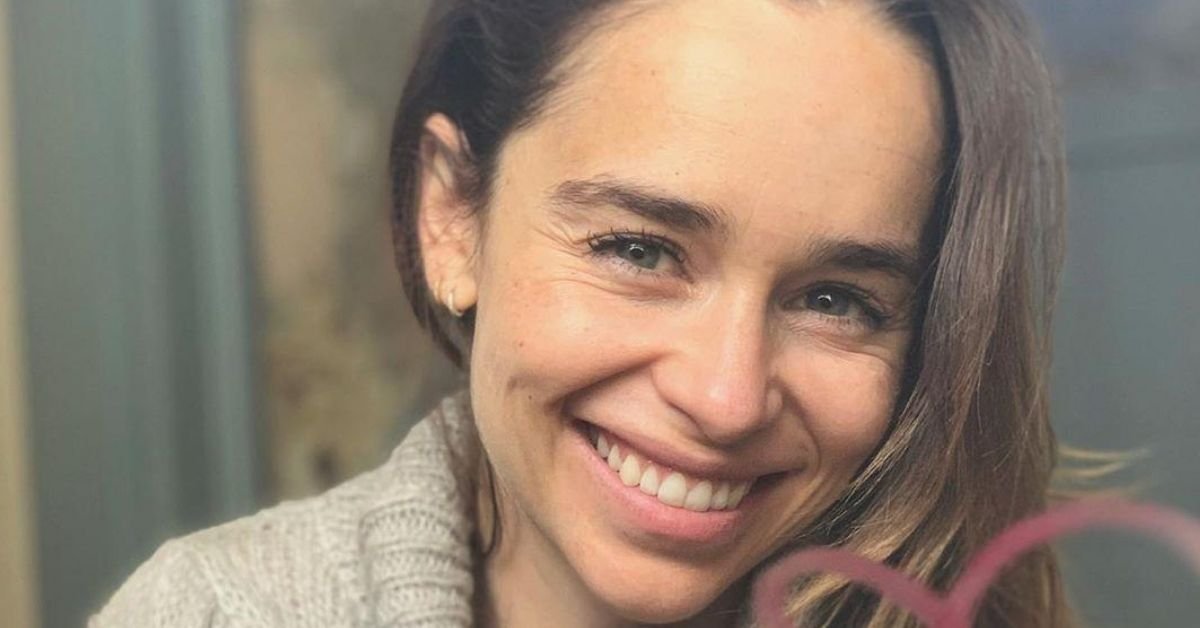 Whether or not you were apart of the Game of Thrones cult fanbase, you've likely heard of Emilia Clarke and her iconic character, Khaleesi. Her signature icy blonde wig was one that almost everyone could recognize.

As monumental as her character was to pop-culture, there is still so much about Emilia, herself, that fans don't know yet!

1. She has suffered from two brain aneurysms. 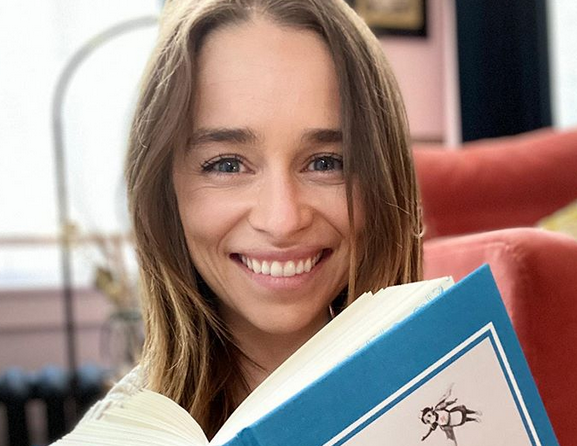 "I immediately felt as though an elastic band were squeezing my brain. I tried to ignore the pain and push through it, but I just couldn't," she told The New Yorker of her first aneurysm when she was just 24.

"Somehow, almost crawling, I made it to the locker room. I reached the toilet, sank to my knees, and proceeded to be violently, voluminously ill." 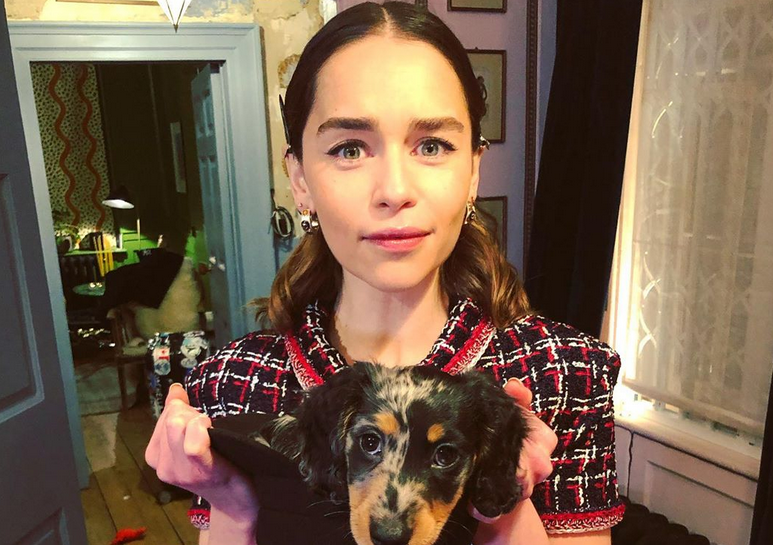 "Meanwhile, the pain — shooting, stabbing, constricting pain — was getting worse. At some level, I knew what was happening: my brain was damaged."

2. She turned down the role of Anastasia Steele in *Fifty Shades of Grey*. 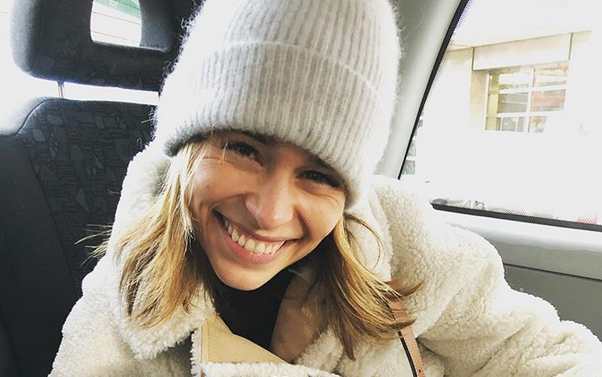 "I really wanted to work with ["Fifty Shades" director] Sam Taylor-Johnson because she's [expletive] amazing. But there is a huge amount of nudity in the film," she told Marie Claire. 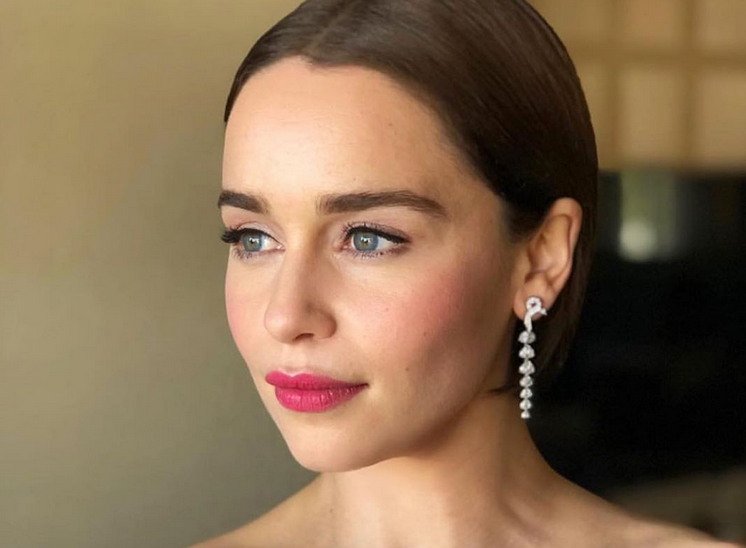 "But I thought I might get stuck in a pigeonhole that I would have struggled to get out of."

Considering the reviews, it might be for the best that she turned the movie away. 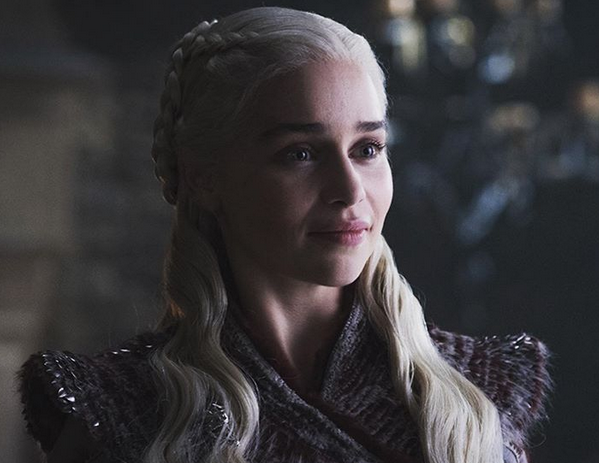 "It was a "[expletive] ton of nudity," she said on Dax Shepard's podcast, Armchair Expert. “I took the job and then they sent me the scripts and I was reading them, and I was, like, ‘Oh, there’s the catch!’” 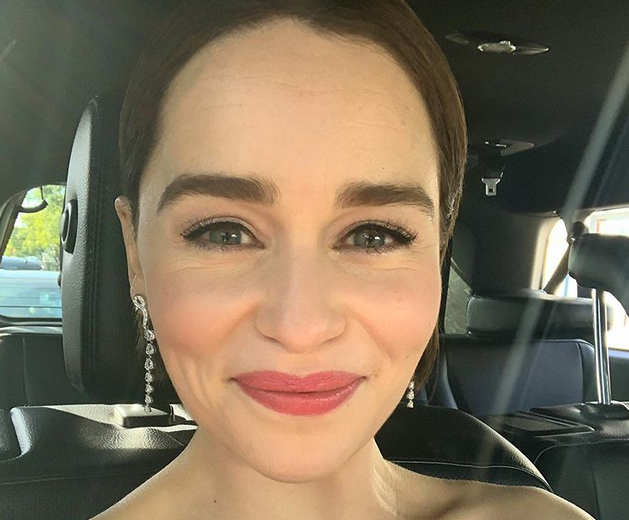 4. Before landing her famous role in *Game of Thrones*, she worked for a catering company. 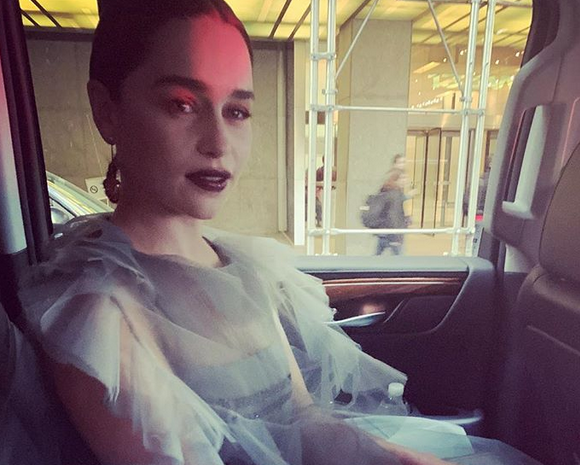 Before getting the call to audition for GoT, she told Marie Claire that she was "working six jobs to pay the rent."

Which, obviously, would be hard on anyone.

"I think I speak for actors everywhere when I say that we spend some time without the love of our job that we are trained to do in catering or call centers or bar jobs or festivals... or waitressing," she added. 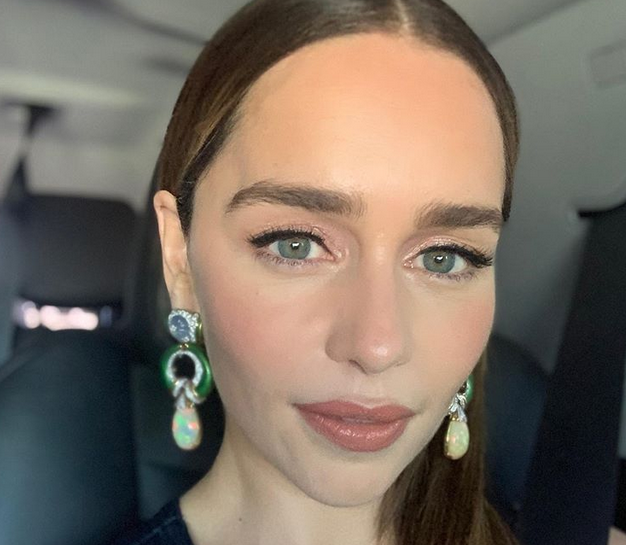 "I did data entry for a while. I actually got fired. I had the wheelie chair and we used to do Fast Food Friday, which used to leave me really hyper, so, I'd just wheel around the office."

5. She doesn't get recognized in public by fans as often as you might expect. 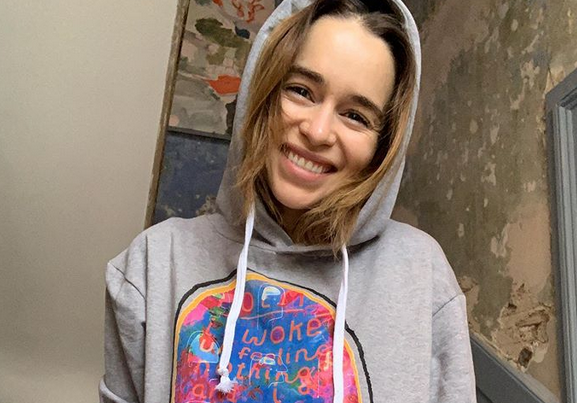 When asked if she gets spotted often by fans in public, she told Now To Love: "Not as much as you might think because in Game of Thrones, the wig I wear really changes the way I look. I've been lucky that I mainly get to go out and about unnoticed and that has given me a good opportunity to cope with all the major changes that have come with the role."

6. She doesn't have much of a love life.

When asked in an interview with Now To Love if her dating life compares to that of her GoT character, Emilia said:

"Nope! I'm too busy. I need a nice leading man to come and sweep me off my feet!"

7. She used the *Game of Thrones* books as a reference while filming.

"If I’ve ever got any questions about Dany, as an actor if I ask myself, ‘why is she doing this? What’s her motivation?’ and for whatever reason I can’t get there, I’ll turn to the books and I know I’ll find the answer. And you know, Dany goes to so many different places and she has such a big arc overall that I let myself get to the very end until its right because you don’t know where you are going in life. So I’ll take this journey with her," she told Female First.

8. She considers herself to be a boring person. 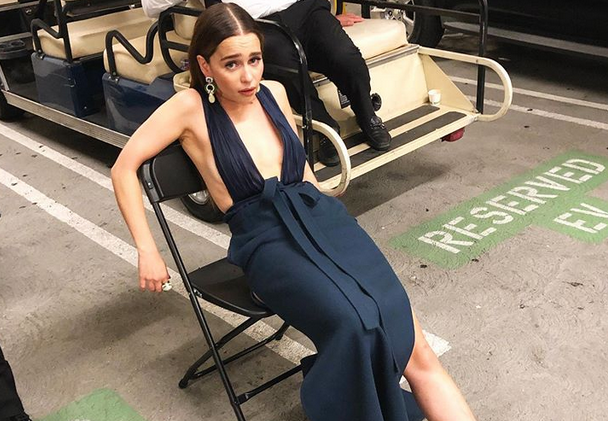 When asked by Now To Love, what she usually does to unwind after a typical day of work, Emilia replied:

"I just go home to my bed, have a good fry-up, and enjoy lots of hugs with my friends and my mum and dad at home. I'm so boring!"

9. She knew she wanted to be an actress from a very young age. 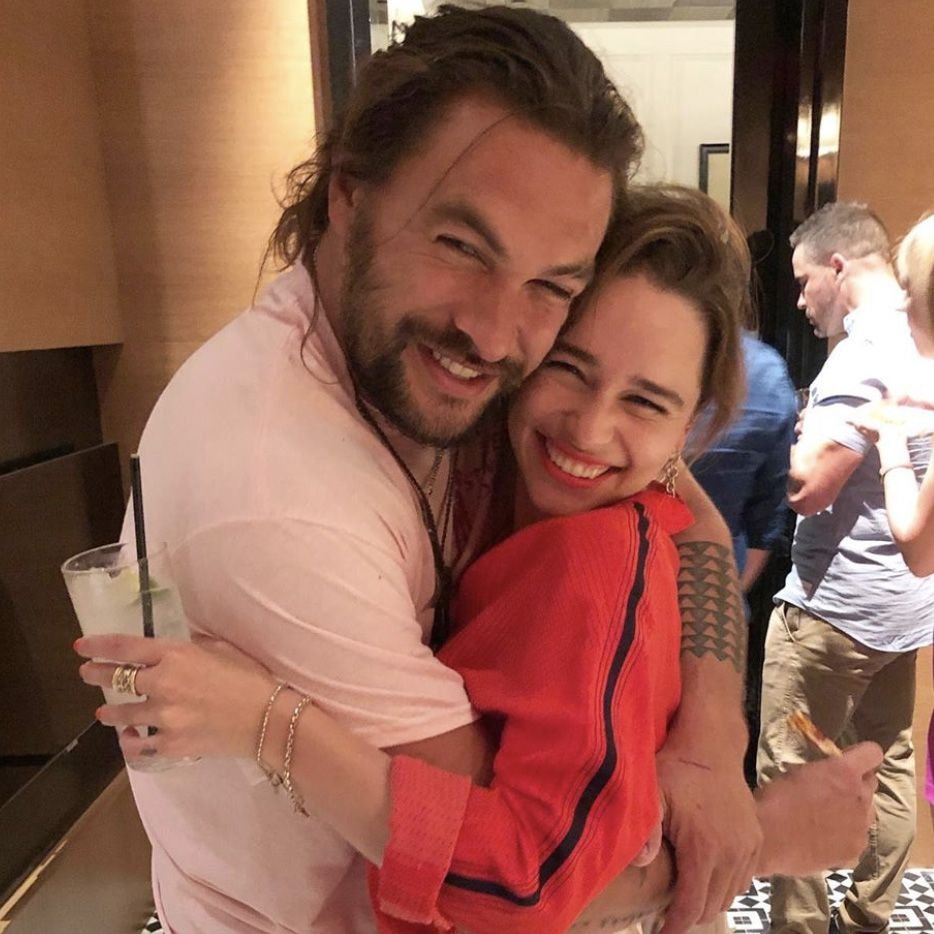 "I think I would have been about three. I always wanted to be an actor and being a loud child who just wouldn't be quiet, my parents were like, 'Yes, that makes sense. Go for it!,'" she told Now To Love.

10. She has Beyoncé's stamp of approval. 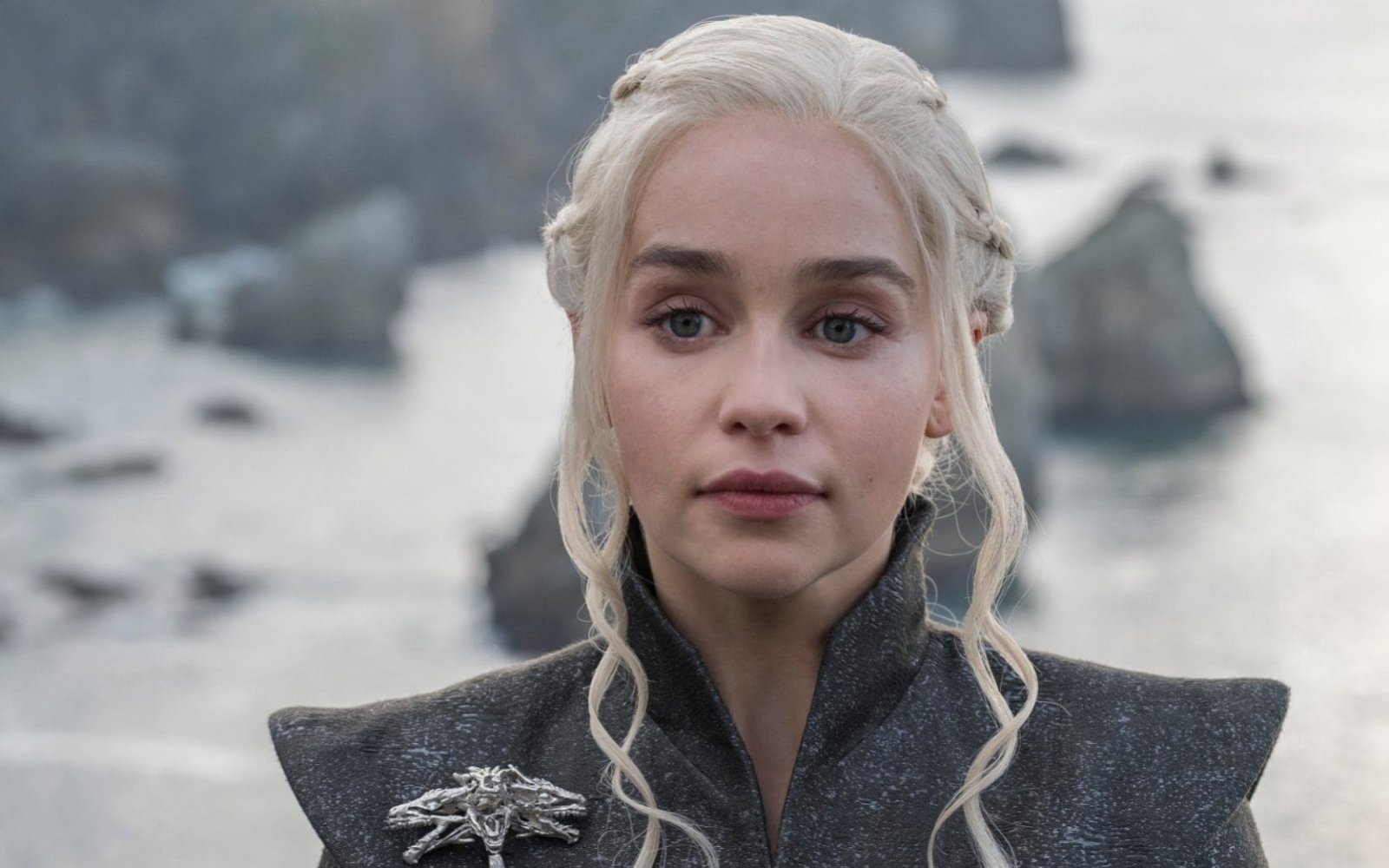 Which is just about the only approval you need. In an interview with The New Yorker, Emilia revealed details about the moment she met Beyoncé.

"I see this vision, this angel, this incredible woman float towards me," she recalled.

"I can't quite control myself. And Beyoncé says to me, 'Oh, my goodness, it's so wonderful to meet you. I think you're brilliant.' I just couldn't handle it! I was on the verge of tears."