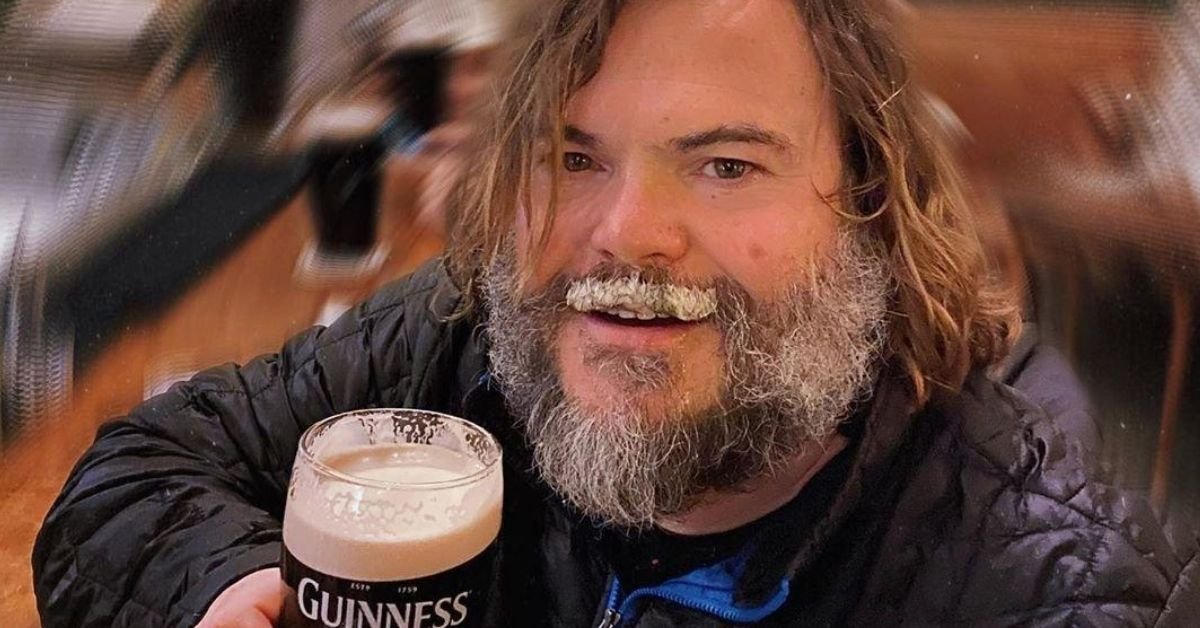 Comedian, Tenacious D singer, and star of such movies as Kung Fu Panda, School of Rock, Nacho Libre, The Holiday, and Jumanji , Jack Black is undoubtedly a man of many talents — a jack of all trades, if you will. Recently in 2021, Jack starred in the Netflix kid's show Waffles + Mochi. His upcoming movie Kung Fu Panda: The Dragon Knight will be released quite soon as well.

But outside of his professional success, there is still so much that fans don't know about him.

Here are some cool facts about Jack that you may not know!

Jack Black is one of the most famous comedic actors in the world.

He constantly gives people a laugh in both his movies and his interviews.

But that doesn't mean he isn't a dramatic actor! He has shown just how good he is with his performance in Bernie.

However, just because people love to watch his movies, that doesn't mean his fans know everything about him!

In fact, there are a ton of little details about him that fans might not know.

So let's get into some of the most interesting facts about this comedic actor!

1. Jack Black is not his real name. 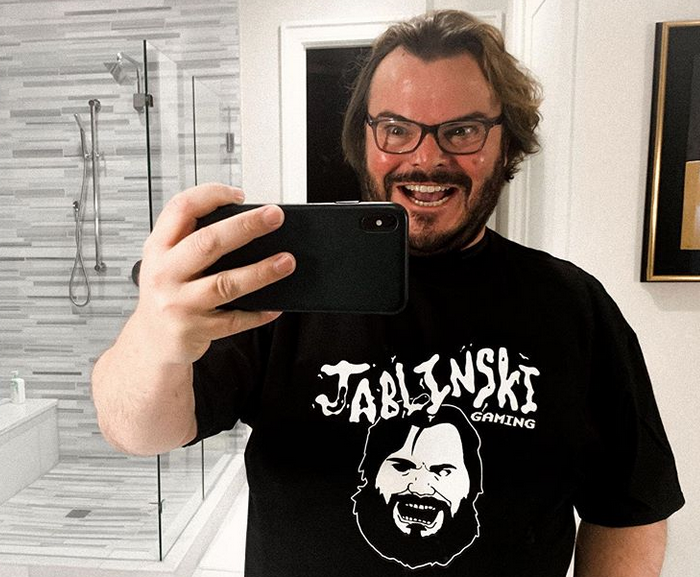 Like many other big Hollywood names, Jack Black is merely a stage name. He chose a catchy one, I'll give him that!

His actual given name is Thomas Jacob Black.

2. He believes in Sasquatch.

While there is absolutely no substantial proof that Big Foot exists — no leg to stand on — there are still many who believe that Sasquatch is real, and Jack Black is one of those people.

"It goes without saying, I'm a believer," he wrote on Reddit.

3. He wishes that there was an MTV for unattractive musicians. 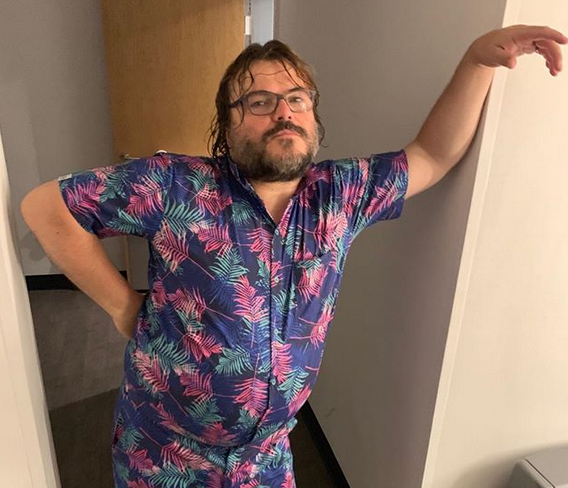 "Well, MTV was good for good-looking bands. But obviously some of the best musicians and rockers are butt-ugly, so as soon as you cut away all of those people, your music is automatically half as good as it used to be," he told Rolling Stone.

"I’m thinking I should make MTV Ugly — MTV for ugly bands. Death Cab for Cutie could be on there. I’m always impressed with a band that gets by without being superpretty." 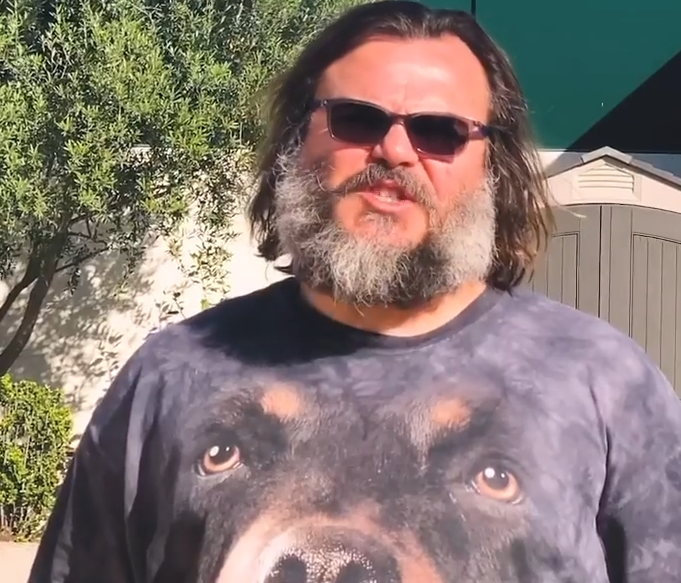 "Like, how the hell does Paris Hilton have a music career? It must be her musical ability, because there’s no other answer there. She’s just that good."

4. When asked by a fan to reveal something no one knew about him, he confessed that he once kissed his cousin. 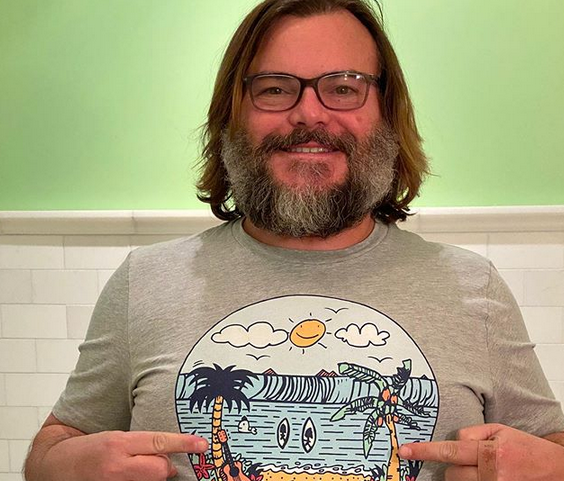 “Um, Jesus. I kissed one of my cousins on the lips when I was a kid,” he wrote via Reddit. 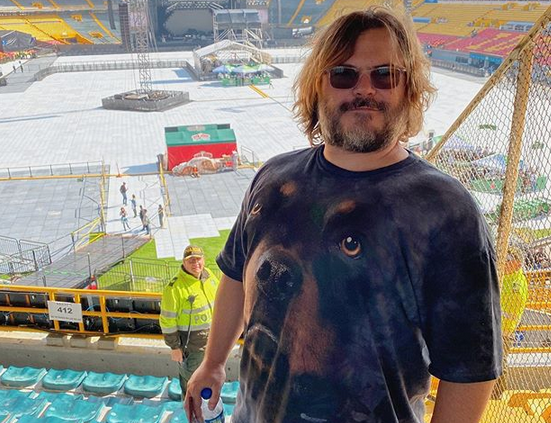 When asked by a fan on Reddit for some dating tips for getting back in the game, Jack replied:

“46 and single and no game. What can you do… diet and exercise? There’s nothing as attractive as passion. Get passionate about something and the love will follow.”

6. His band, Tenacious D, once opened for Metallica. 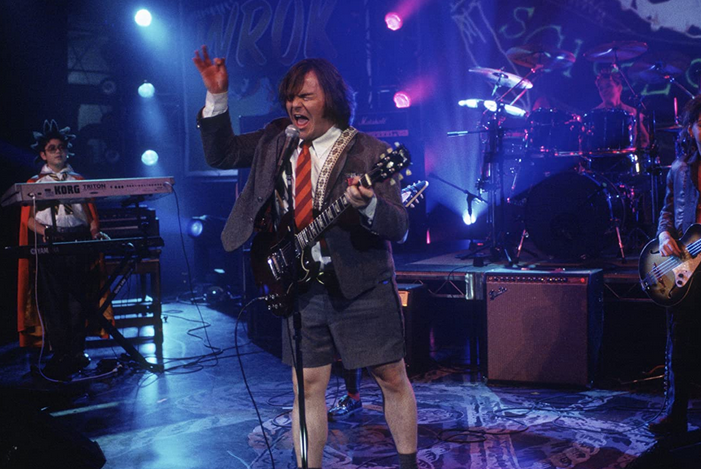 "When Tenacious D played in Germany for the first time it was in front of like 100,000 screaming people. We went on before Metallica, doesn’t get more bad-[expletive] than that," he told a fan on Reddit.

"And right before we went onstage we had a band prayer. We put our heads in the center and shared all of our dreams and looked in each [others'] eyeballs." 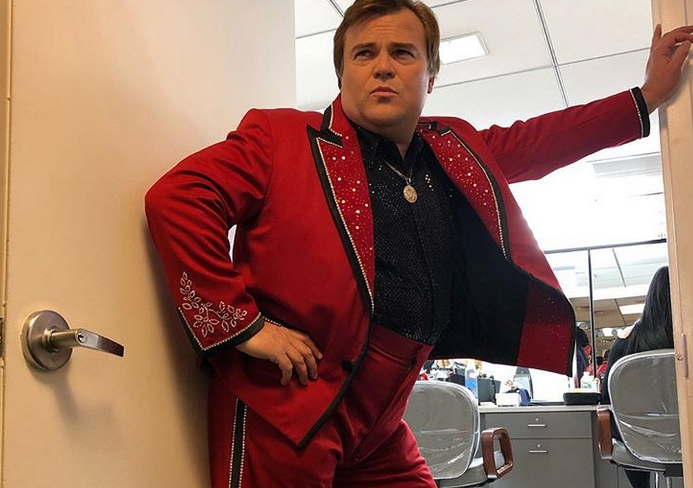 "There was a silent understanding. We went out and performed like it was the last day of our lives."

7. The scariest moment of his life was when he got lost in a forest when he was a kid. 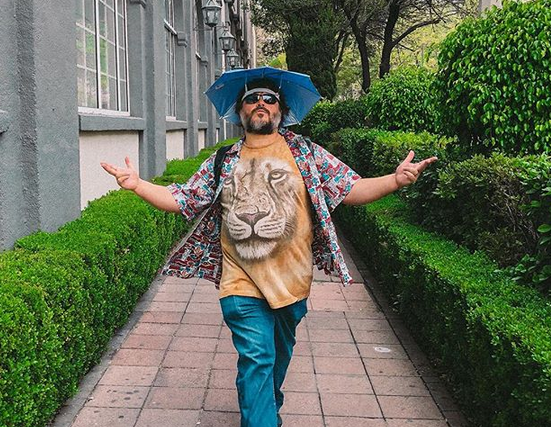 Which, to be fair, sounds like a horrible experience. It would definitely scare me.

"Scary things never happened to me. Hmmmm. Hmmm. Hmmm. One time, I got lost in the forest," he wrote.

"It was only for a few minutes, but I thought I was definitely going to die. I made my peace with the world. And a few minutes later, I found my way back to camp."

8. His favorite '80s bands were Mötley Crüe and Iron Maiden. 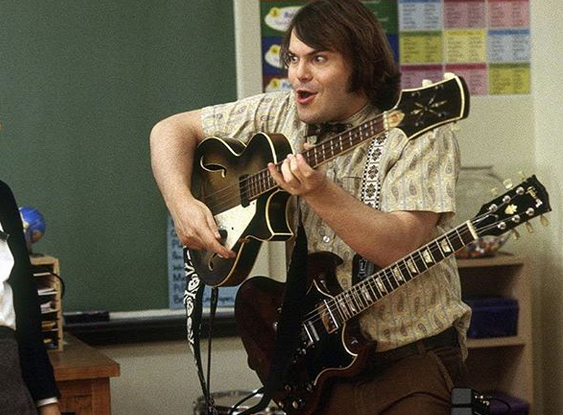 "The thing I loved about the 80s was devil rock. Like Motley Crue [sic] and Iron Maiden. Just all the great rockers who were throwing up the devil horns when it was about the bible. It was just a bitchin’ time to be a teenager," he wrote on Reddit.

9. The funniest people he has worked with, according to him, were from *SNL*. 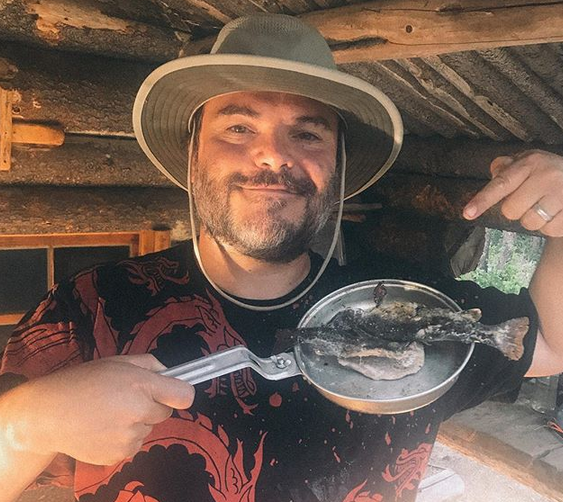 "I’ve gotten to work with some pretty funny people. All the people from SNL were pretty amazing. Will Ferrell, Amy Poehler. I love Will Forte, Will Arnett. I like a lot of the Wills. Three of my favorite people are Will and I only said 4 people! What the fuck happened?! If your name is Will, chances are you WILL be funny," he wrote.

10. Despite being *Kung Fu Panda*, he considers himself to be more of a Judo person IRL. 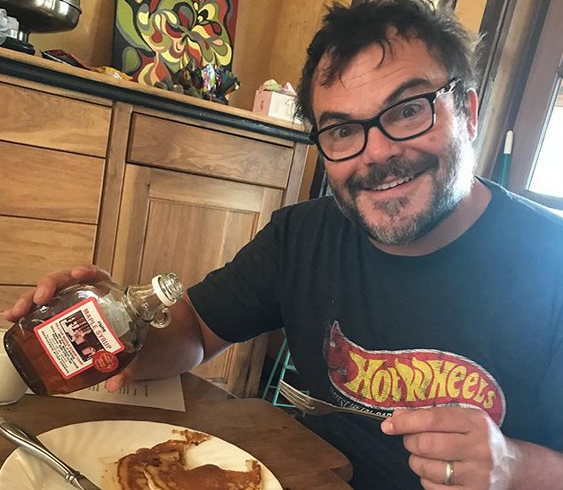 "I haven’t pulled out my karate skills in a long time. But truth be told I’m more of a judo man. After my experience with Kung Fu Panda I’m way more about the flow of chi," he wrote on Reddit.

11. If he could work with any actor of his choice, it would either be Daniel Day-Lewis or Keira Knightley. 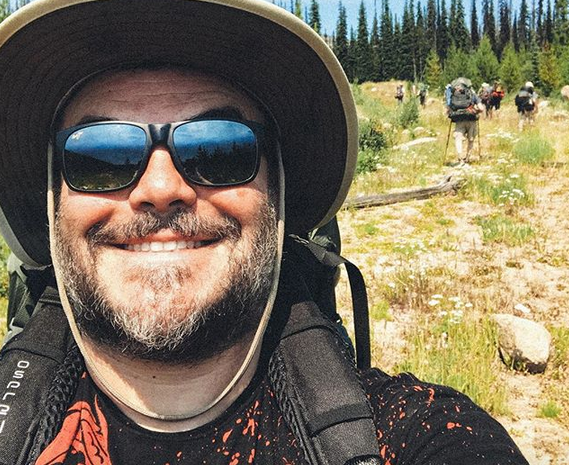 "I never think of who I want to work with in terms of actors. I don’t really care as much as who the director is. But in this case, I’m going with Daniel Day-Lewis, motha [expletive]," he replied to a fan's question on Reddit.

Black says Day-Lewis is "the best living actor, maybe the best alive or dead. That’s a pretty heavy statement. And that might only be true if [it's] a period piece and [it']s like 1850." 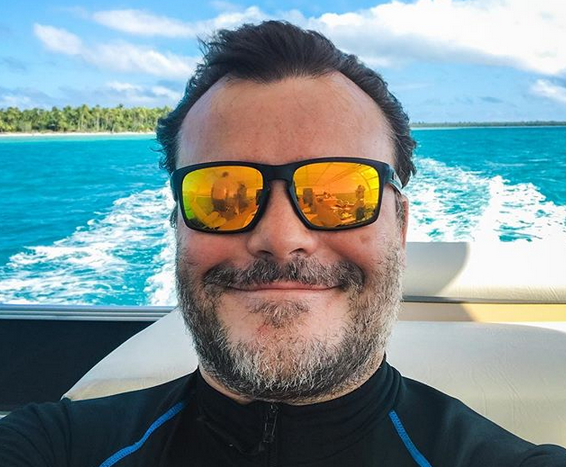 "Weirdly, no one can play an American better than him. Who else? Keira Knightley. Boom."

12. His favorite comfort food-esque meal is a cheeseburger and milkshake. 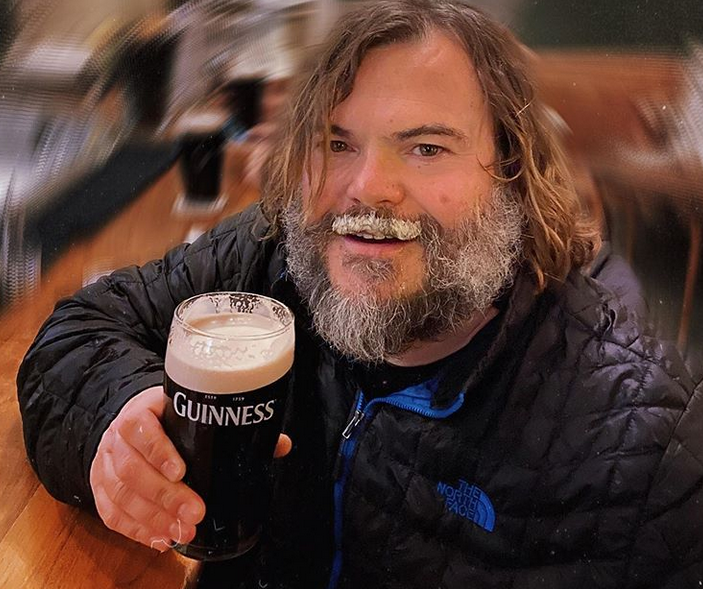 I will say this. The man isn't wrong! Milkshakes are the universe's gift to us.

"One more thing I need to add, Apple Pan is the best burger in Los Angeles. There’s this big debate but Apple Pan wins," he wrote.

13. It was difficult for him to get into the role of Tiede for his movie *Bernie*. 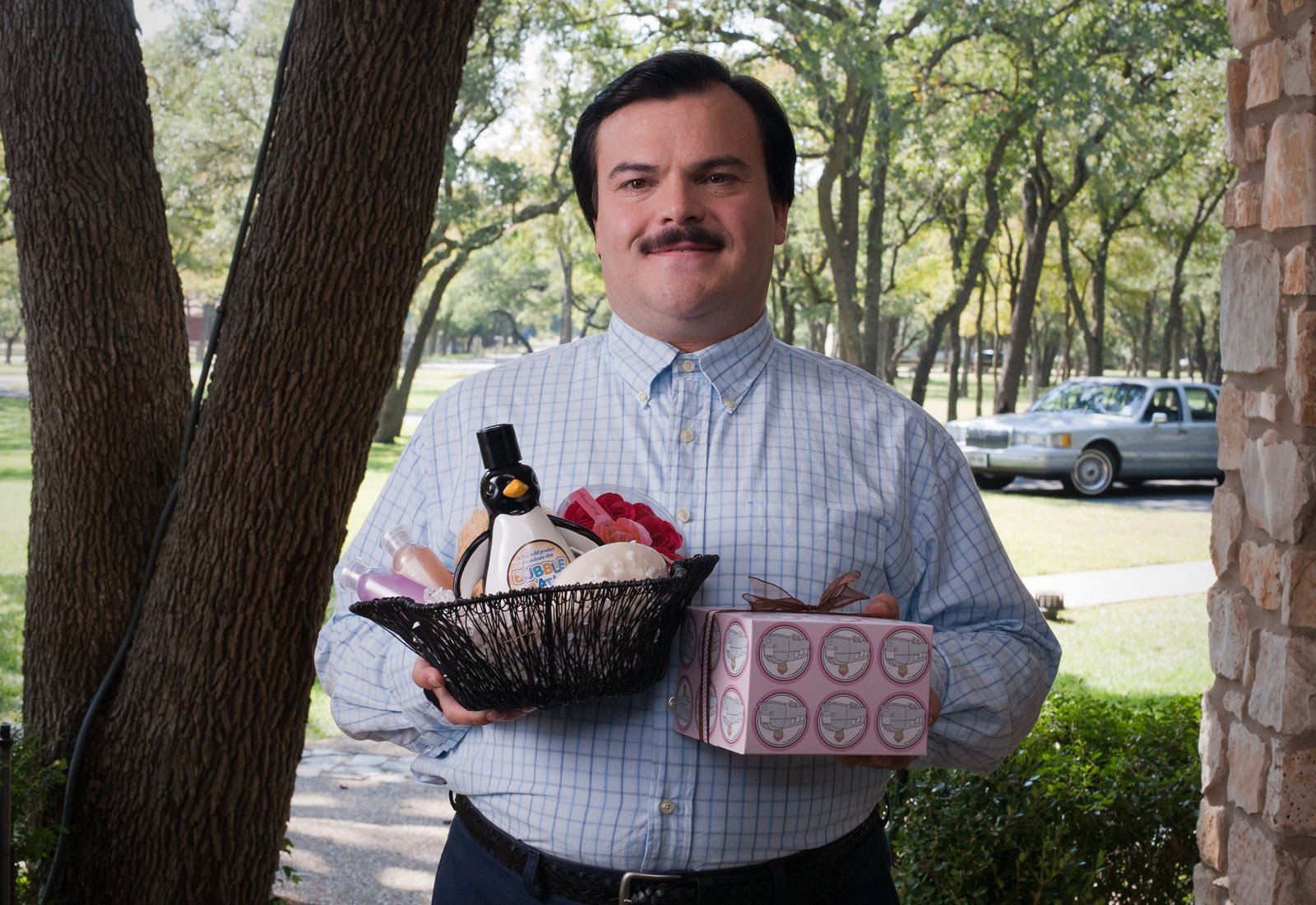 He admitted that taking a more serious role forced him to get a lot more vulnerable.

It was definitely a whole new world for him, but judging from reviews and critics, the movie worked out in his favor.

He was raised Jewish but became an atheist. When asked why he made the change, he, of course, answered with a joke.

"Well," he said to The Guardian, "when I was a kid I remember hearing that a barmitzvah [sic] was like your birthday times 10. And it was not like that at all. I got socks. So I turned to atheism."

He trained with a former professional wrestler who had fought all over the world.

He made sure to even watch movies and fights to get more experience and get into the role properly.

16. He got injured while filming *Nacho Libre*.

"I was diving out of the wrestling ring to tackle my opponent who was running away, and I hit my head on a metal chair. I got some stitches," he told IndieLondon.

17. He straight up forgot he was in a Christmas movie.

This clip ended up going viral because poor Jack Black completely forgot he had starred in a holiday movie called The Holiday.

His quick exit is as hilarious as his stumbling sentence.

18. When asked on Reddit why he is so awesome, he gave the perfect reply. 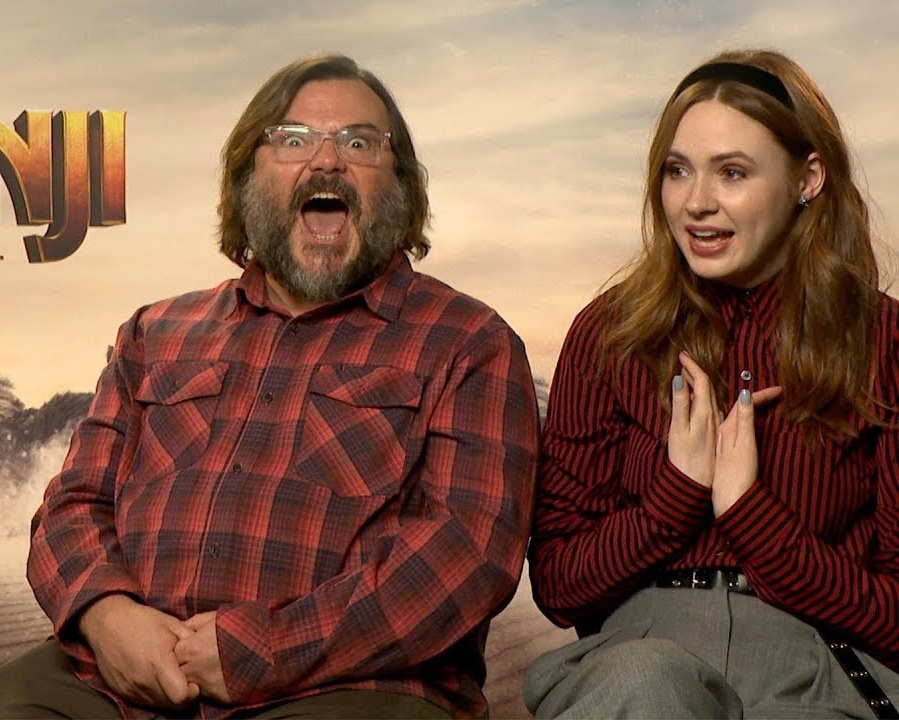 "The imperfection is the clam that makes the awesome pearl. It’s the insecurity that makes the hero. Did I just call myself a hero? An awesome hero? Yes, I did." 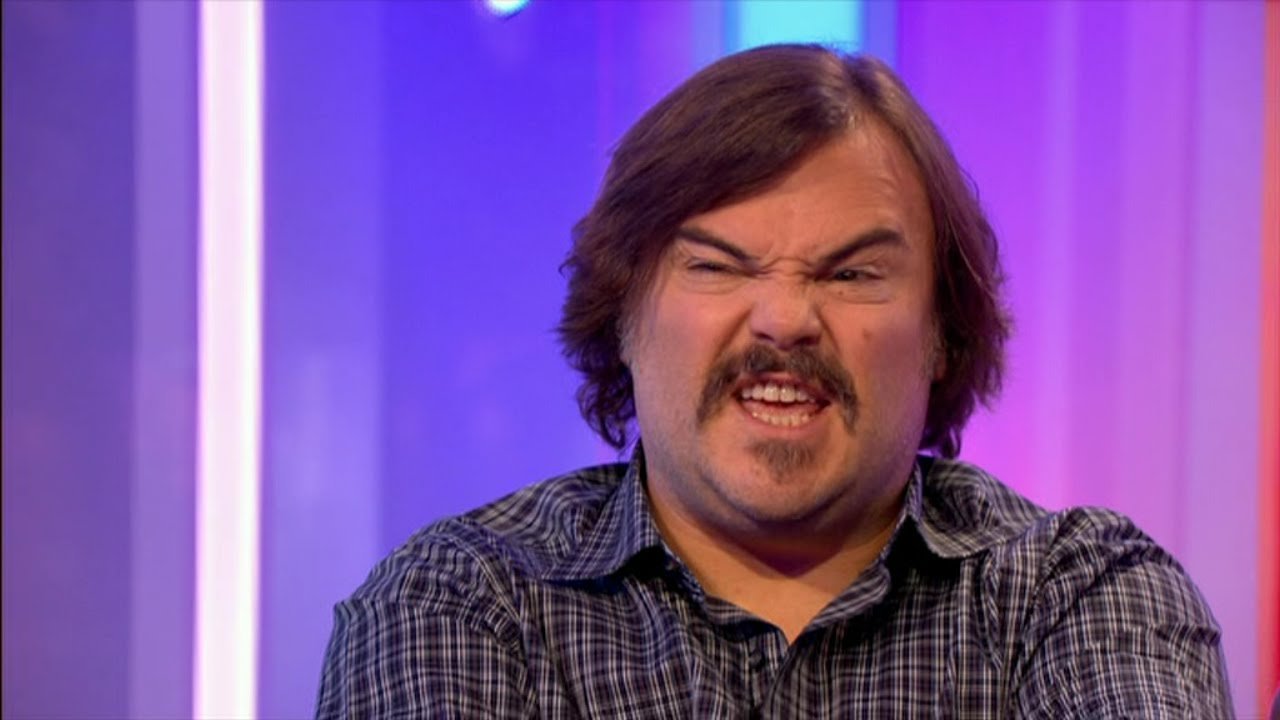 Honestly, that is the most on-brand Jack Black answer if I have ever seen one.

19. He once was almost beaten up by an older kid on a motorcycle. 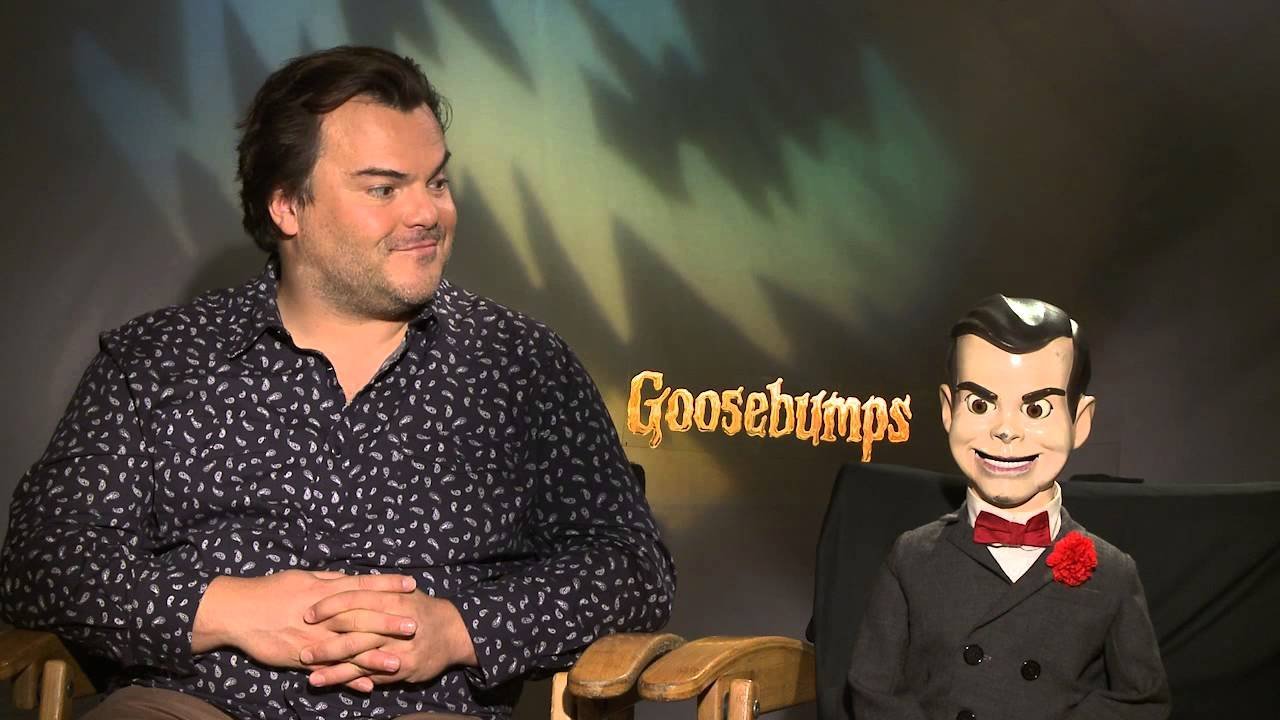 He actually thought he was going to get really badly hurt but luckily, it didn't come to that.

He was only 13 at the time, and it was all because of a girl.

20. He was thrown off a water buffalo.

This was when he was working with Ben Stiller on Tropic Thunder. He detailed his experience on Reddit:

"I had to ride on the back of a water buffalo, and the water buffalo went crazy and started bucking like a bronco and threw me off [its] back."

"So, it bucked me off and I went flying 15 feet through the air and landed between two giant boulders."

"Obviously, I was shaken and a little traumatized, and Ben Stiller said, ‘Jack, can you get back on there and do it again please?’"

21. Jack Black's parents were very supportive of his career choices. 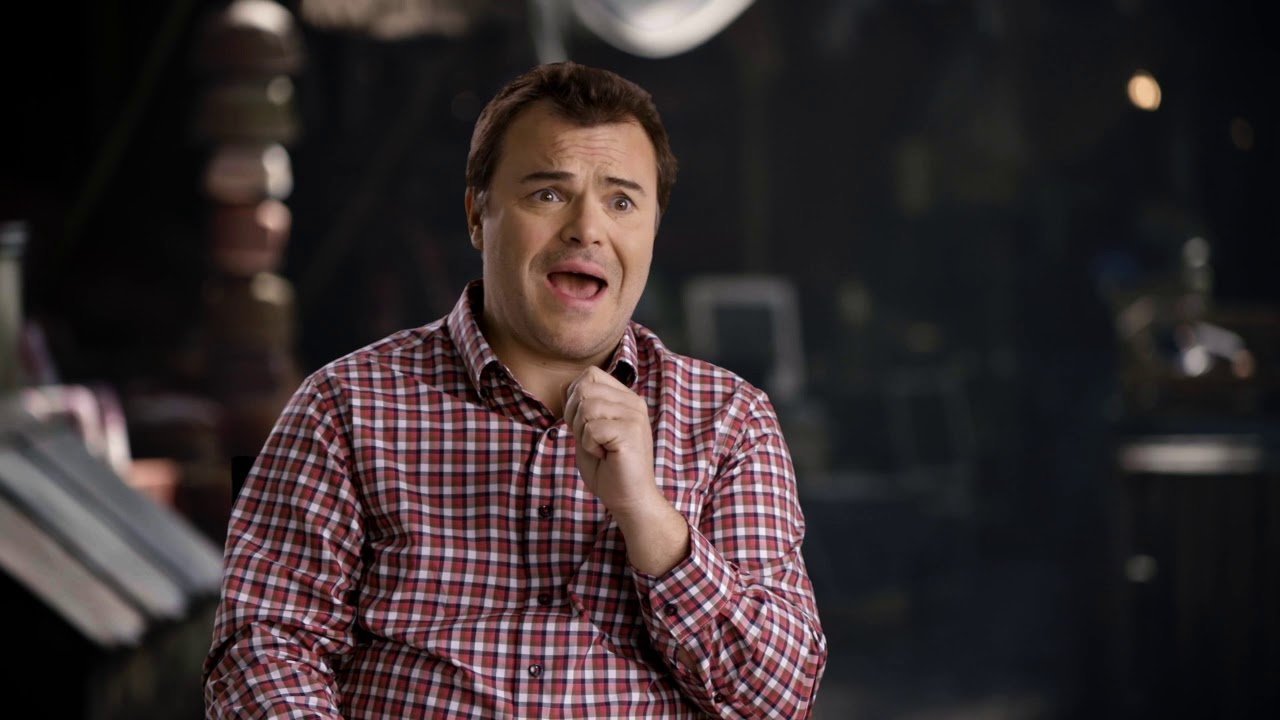 He admits that they figured it out pretty early on that he was not going to follow the more traditional path, and instead would go into a more creative field.

But they were always encouraging him.

Do you know any other cool facts about the hilarious Jack Black?

Or were you pleasantly surprised by these facts that we collected for you?

Either way, let us know down below in the comments section! We would love to hear from you!