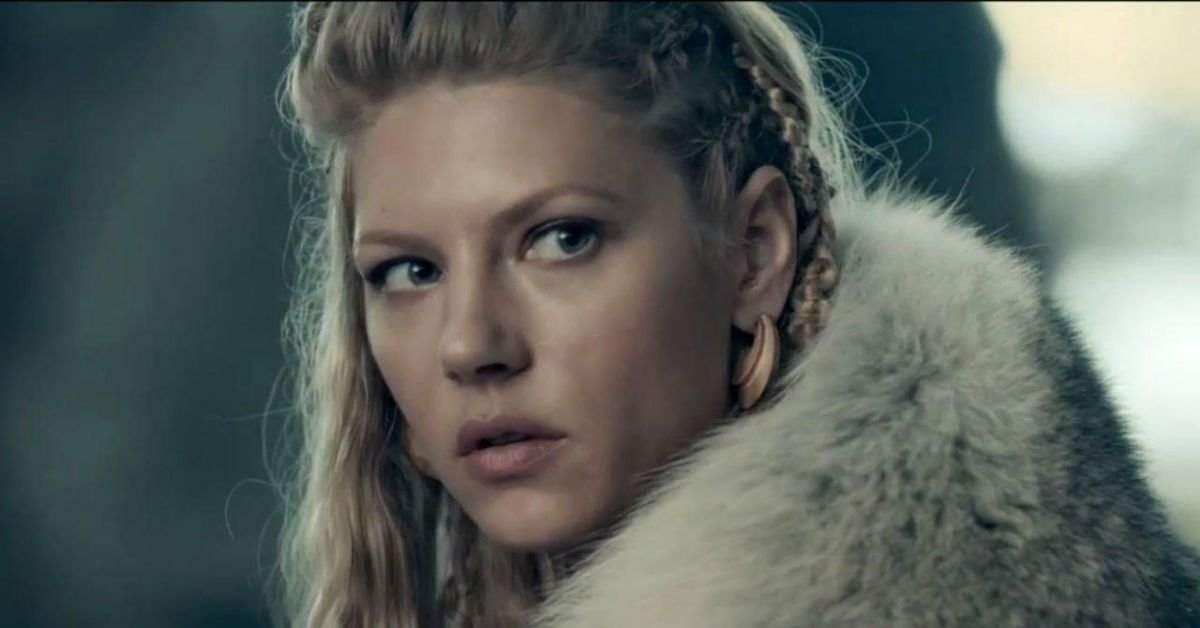 The History Network's Vikings has positively taken the world by storm, becoming one of the most popular series of the 2010s. Without a doubt, a large part of the show's success is owed to Katheryn Winnick.

Her portrayal of Lagertha is unquestionably the highpoint of the whole series. Get better acquainted with her and check out these 10+ obscure facts about Vikings star Katheryn Winnick that fans didn't know. 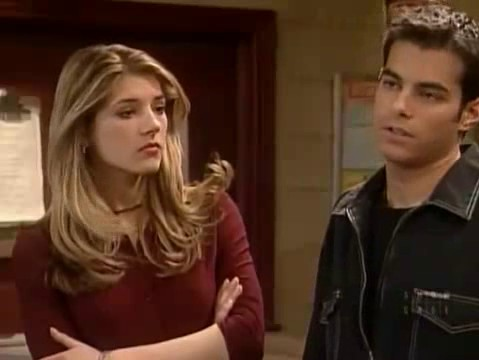 I actually used to watch it all the time!

This hilarious high school sitcom followed the lives of two groups of students who worked for the school newspaper.

2. She has a long list of guest appearances and cameos. 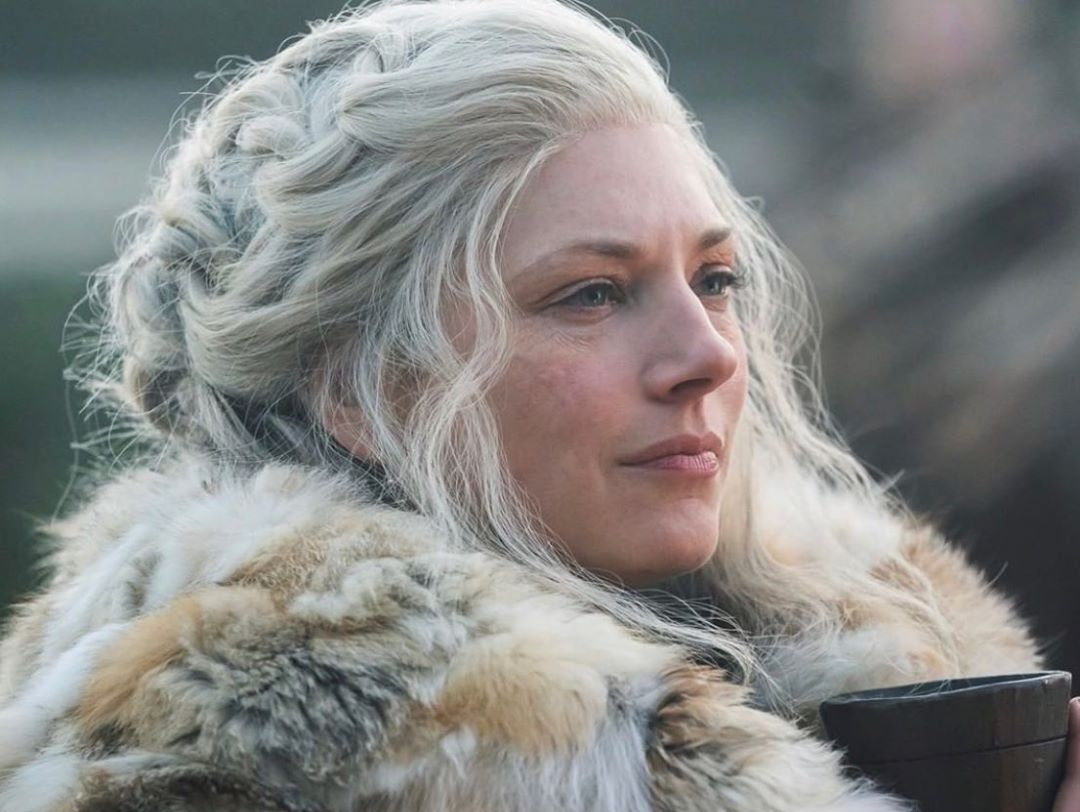 Katheryn's IMDb page is about a mile long. Her career highlights include appearances in shows like CSI, Criminal Minds, as well as Law & Order.

She keeps a seriously busy schedule, to say the least.

3. She's a huge fan of the Toronto Blue Jays! 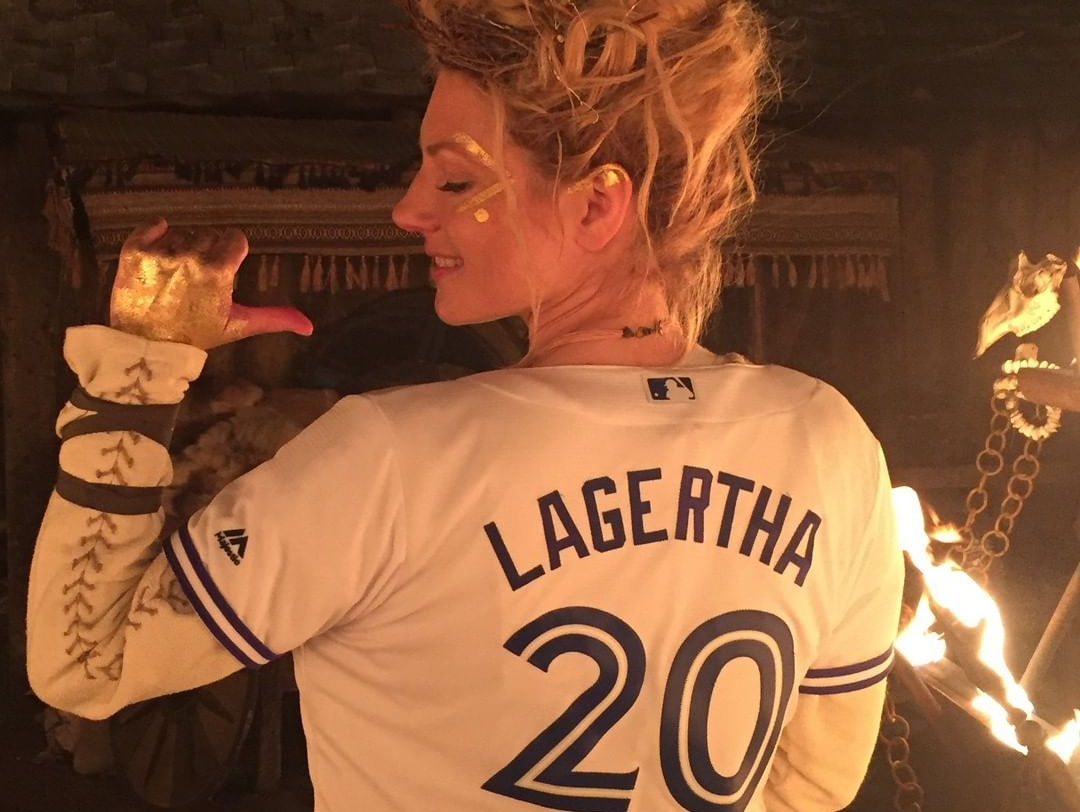 "Thank you Toronto Blue Jays for my #Lagertha baseball jersey."

4, Her brother fought in Afghanistan and is a member of the Canadian Armed Forces. 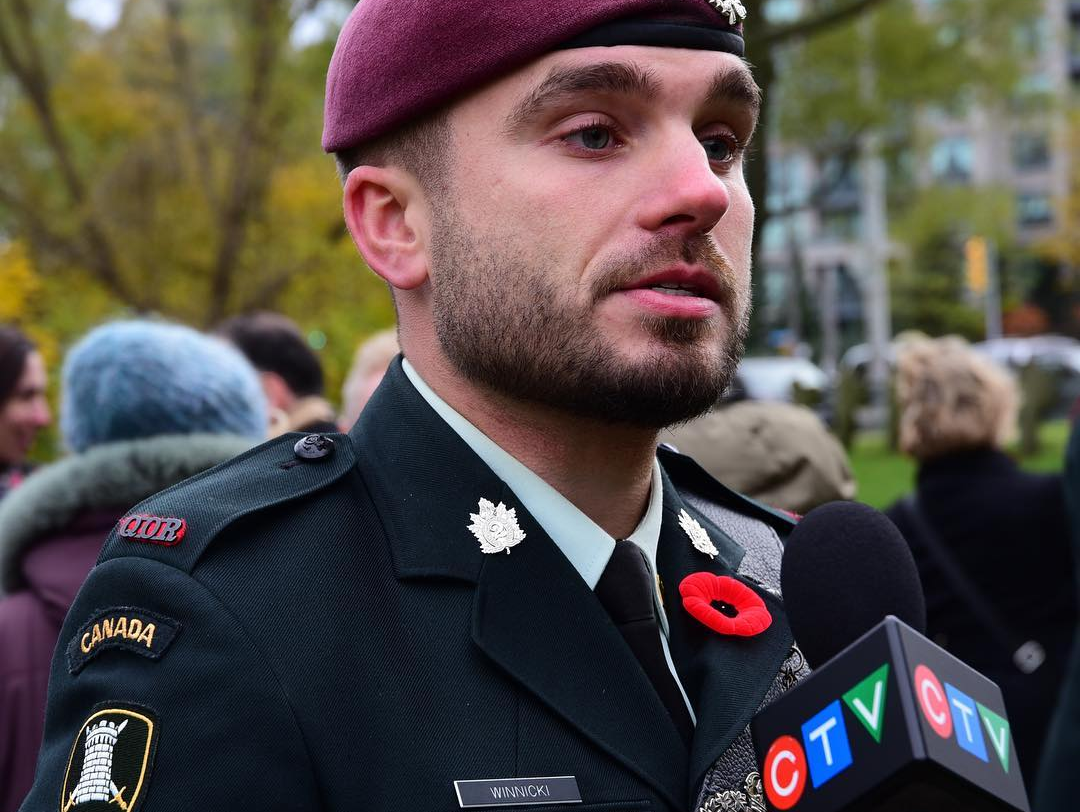 Katheryn captioned the photo "Honoring all who served. #proudsister #remembranceday."

Her brother is a hero in real life and she plays a hero on the silver screen - what a family! 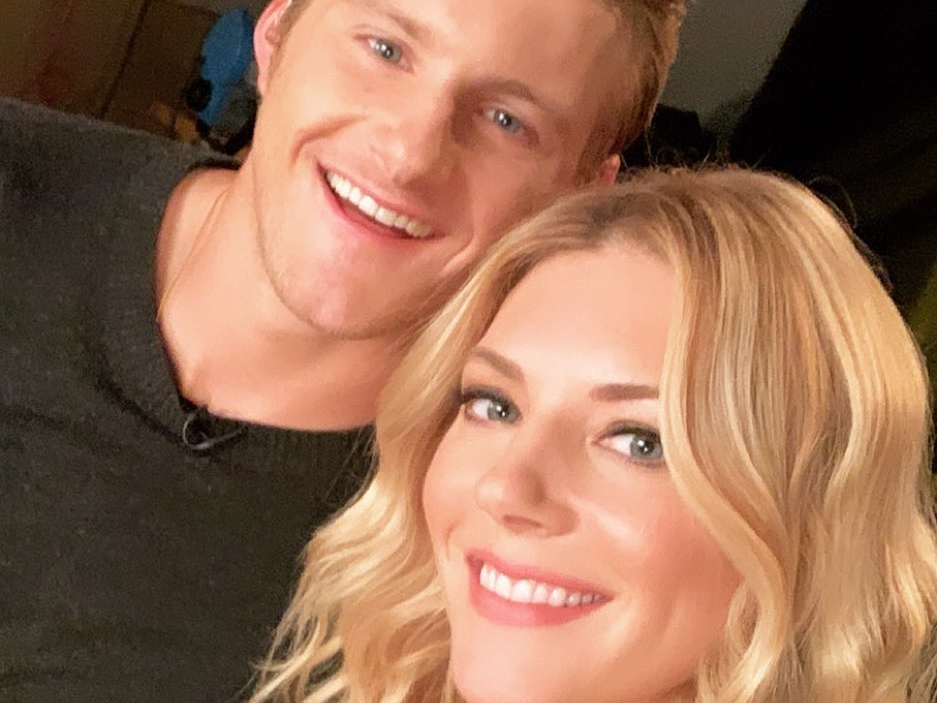 Katheryn was born just outside of Toronto in the city of Etobicoke.

When she was a young girl living at home, she spoke strictly Ukrainian. In fact, Katheryn didn't begin English studies until she'd already started elementary school.

In fact, she keeps up with the politics surrounding the Ukraine and wants to speak with the ex-president Yulia Tymoshenko.

“It’s encouraging to see that she is enduring…her strength, how she’s inspiring the people—even when she’s still behind bars. She was wrongfully imprisoned, and right now Ukraine is going through a revolution. Hopefully she gets out, and hopefully Ukraine survives what’s happening.” 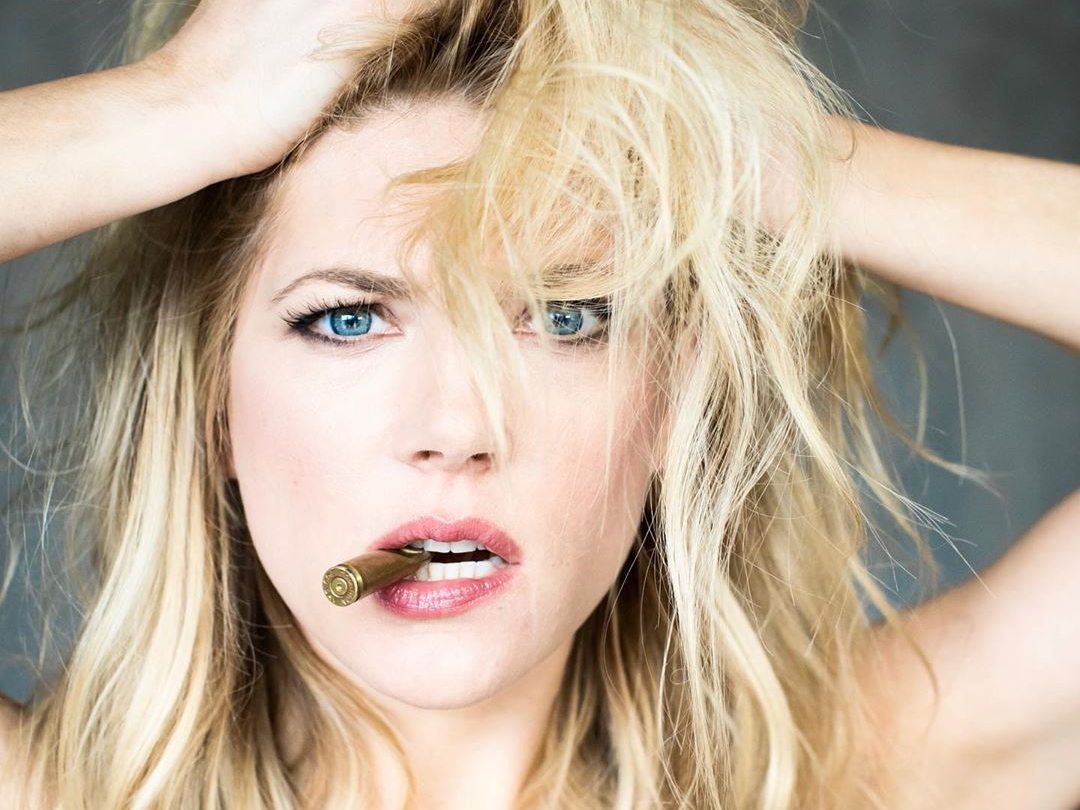 Five languages?! I can barely speak one. I know who I'm going to call the next time I'm planning a trip to Europe.

Having Katheryn around would be like having a living version of Google Translate.

7. She's a bit of an adrenaline junkie. 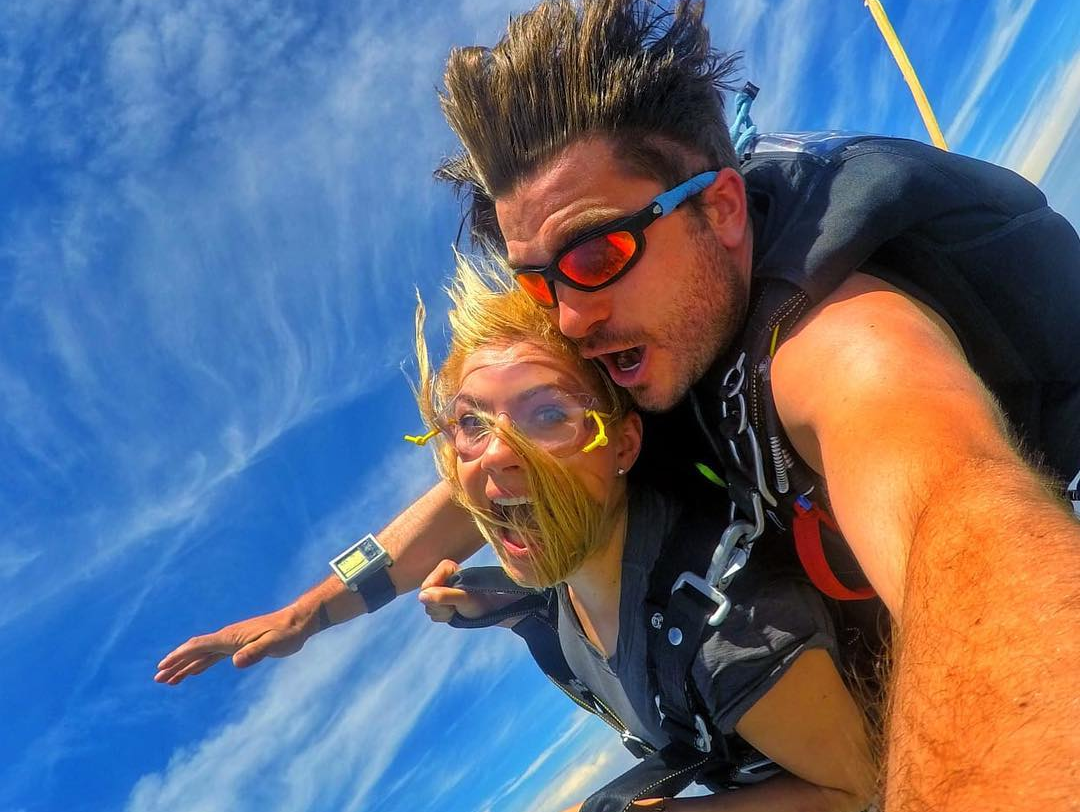 Suffice it to say that I would never give my little brother the chance to do such a thing.

8. Katheryn feels passionately that all women should take self defense. 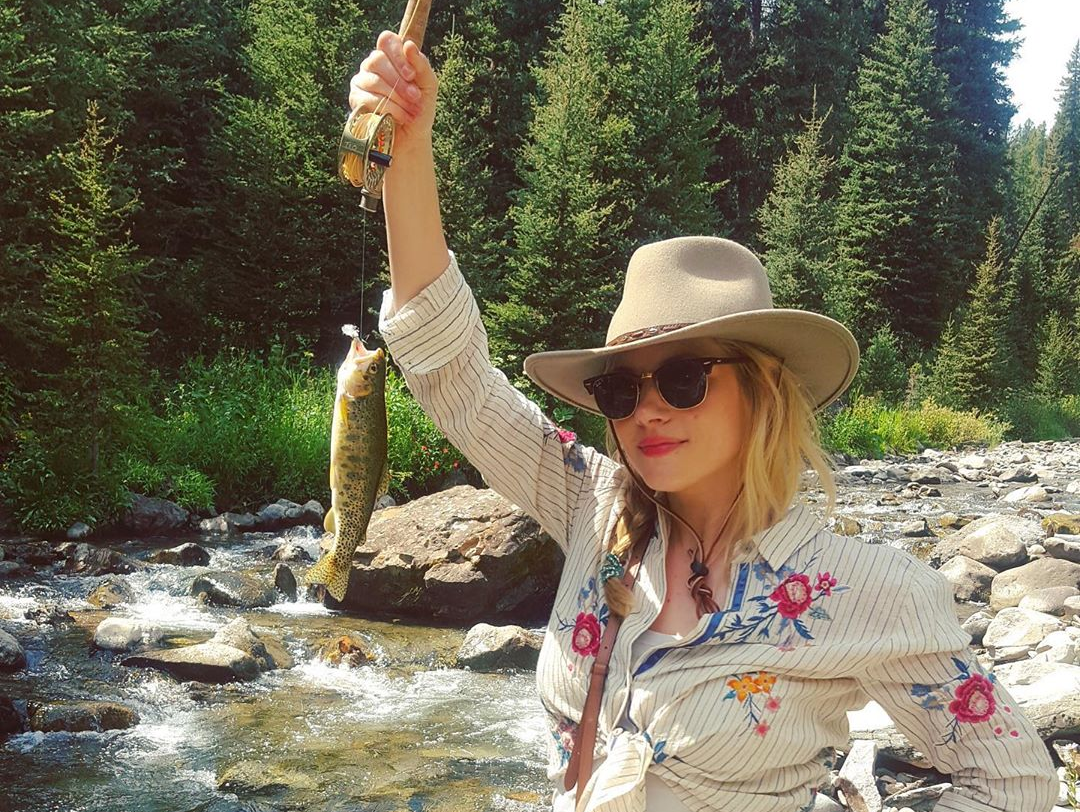 “I think every woman has to learn how to defend themselves for sure, and if you can protect your body and have confidence in your body then in any situation you’d be able to defend yourself. It gives you the power and confidence has to start within yourself.”

“I’ve owned my own dojos and have been teaching women’s self-defense for many, many years,” Winnick said.

“It’s a passion of mine to see women transform their inner strength—to see them walk more confidently and be able to protect themselves. It’s really empowering.”

9. She immediately felt drawn to the character of Lagertha. 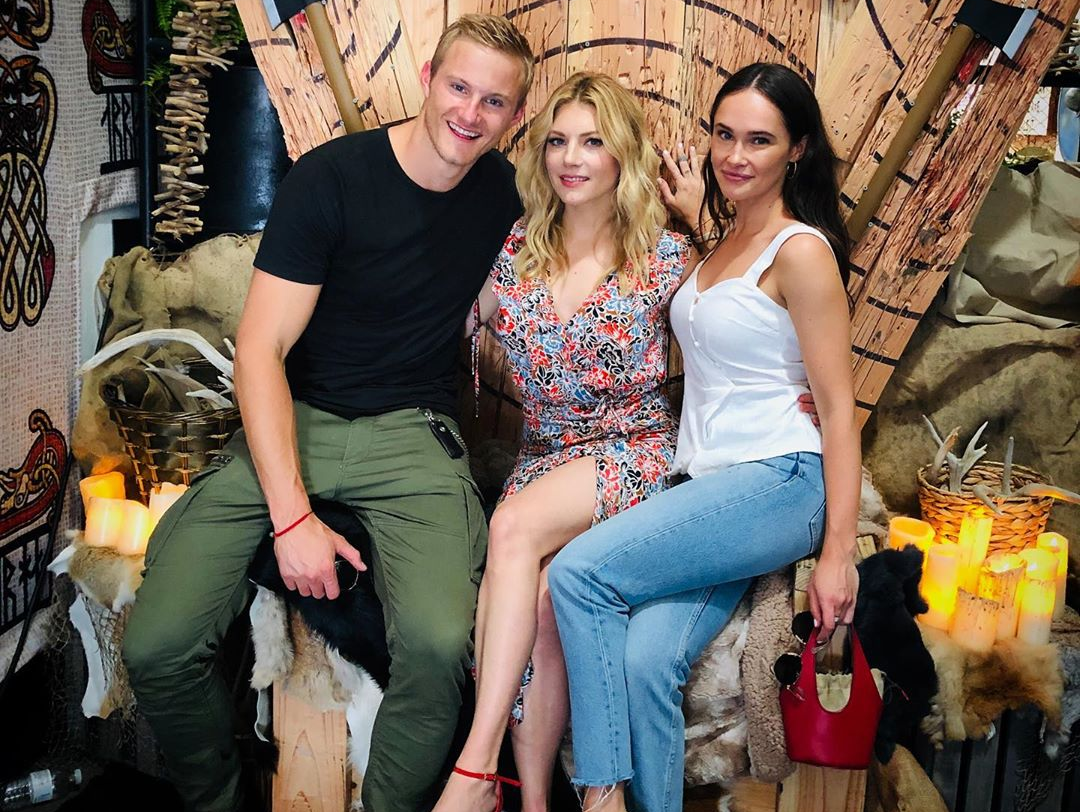 “What’s interesting about playing Lagertha is that she is not only a warrior but she’s also a young mother, so she’s allowed to embrace her femininity and deal with issues when she gets more powerful and has a lot more strength and respect within the community.”

10. Because of Katheryn, the History Network has begun marketing more of their content towards women. 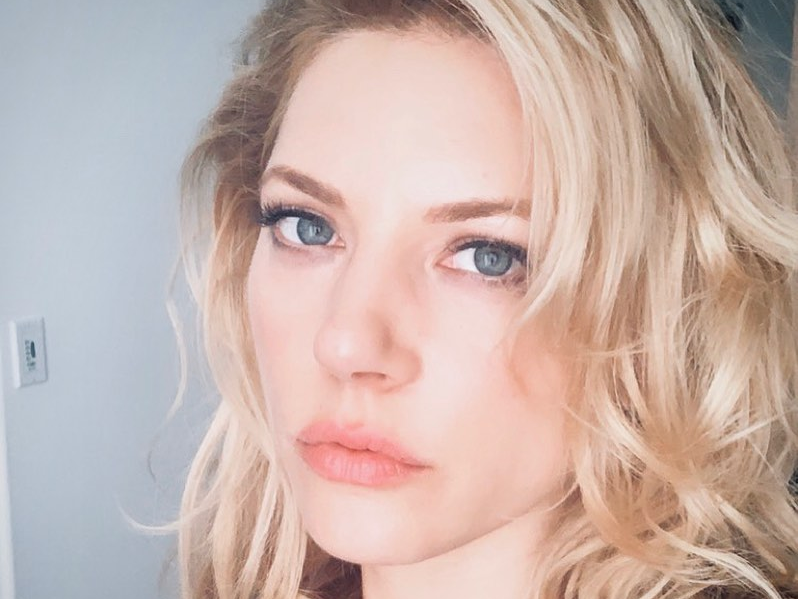 “I fell in love with Lagertha’s character and she’s a strong person and I identify with her, so I’m not surprised other women identify with her too,” Katheryn said when asked to speak about the cultural impact of the character.

11. There's rumors that she could appear as Dinah Lance in the DCEU. 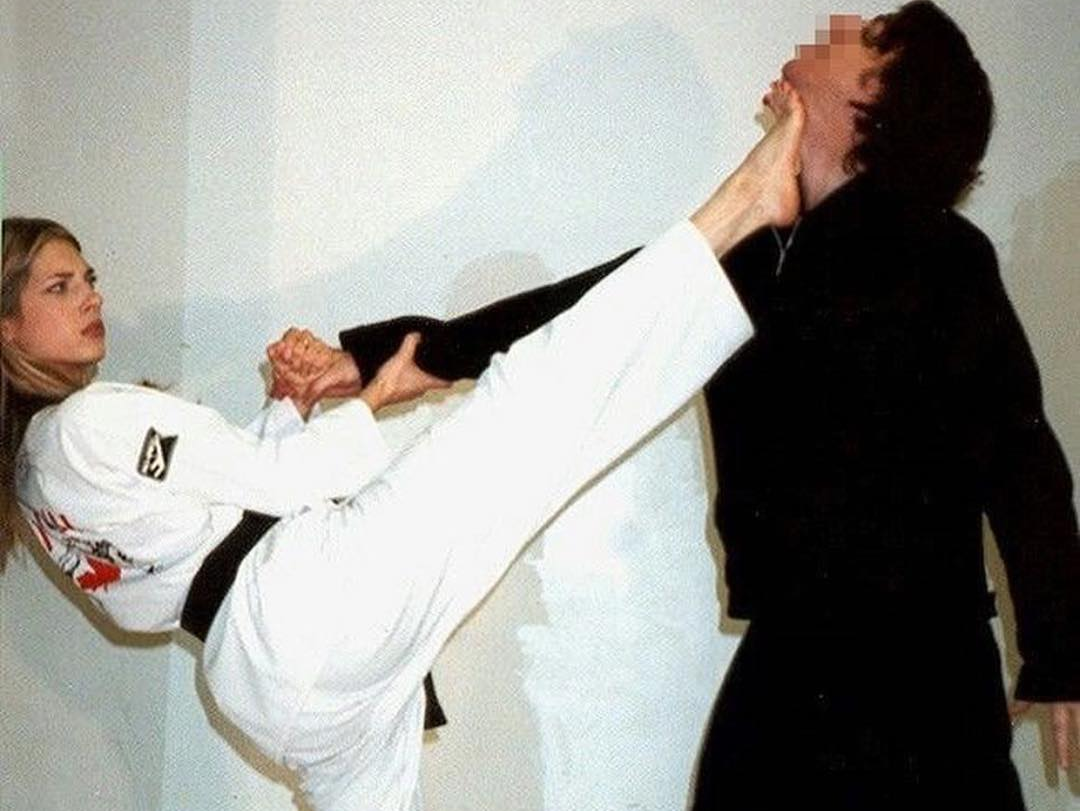 Dinah Lance is the alter-ego for the Black Canary. In case you aren't a comic book nerd, such as myself, Black Canary is one of the more powerful heroines in the DCU.

12. She has a seriously devoted fan base.

If that isn't the understatement of the century! I will never understand people who get tattoos of people's faces?

Take a quick scroll through her Instagram and you'll find tons of these! It's absolutely insane.

13. Katheryn has directed episodes of *Vikings*. 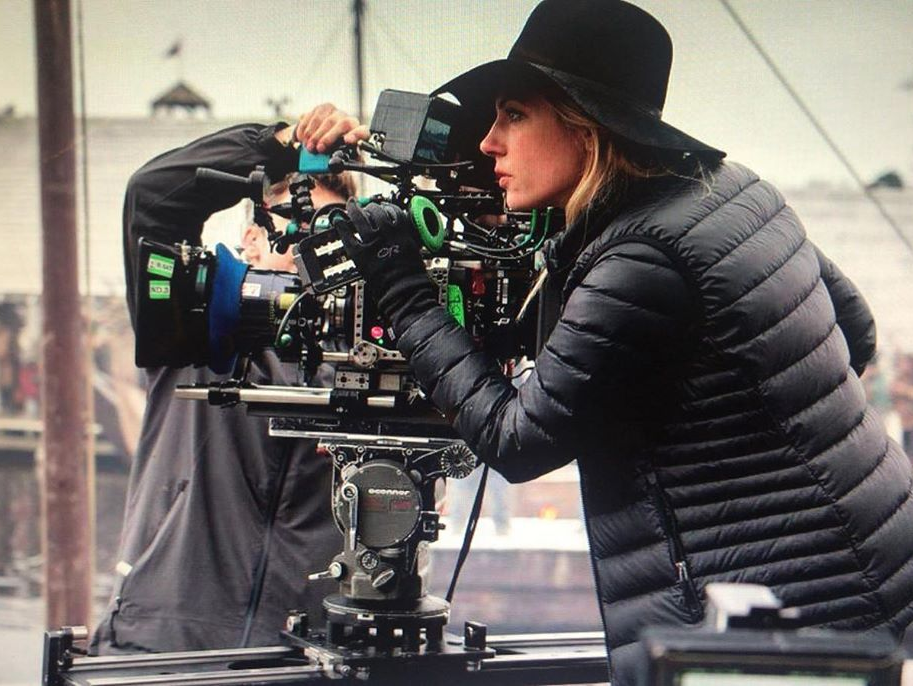 "I’ve always wanted to direct; in high school I used to direct plays and I got a scholarship for it, actually. But being on set for so many years, you always try to keep it fresh. I always treated it as a playground in terms of what else can I play, what else can I learn?"

14. Katheryn is a second-degree Black Belt. 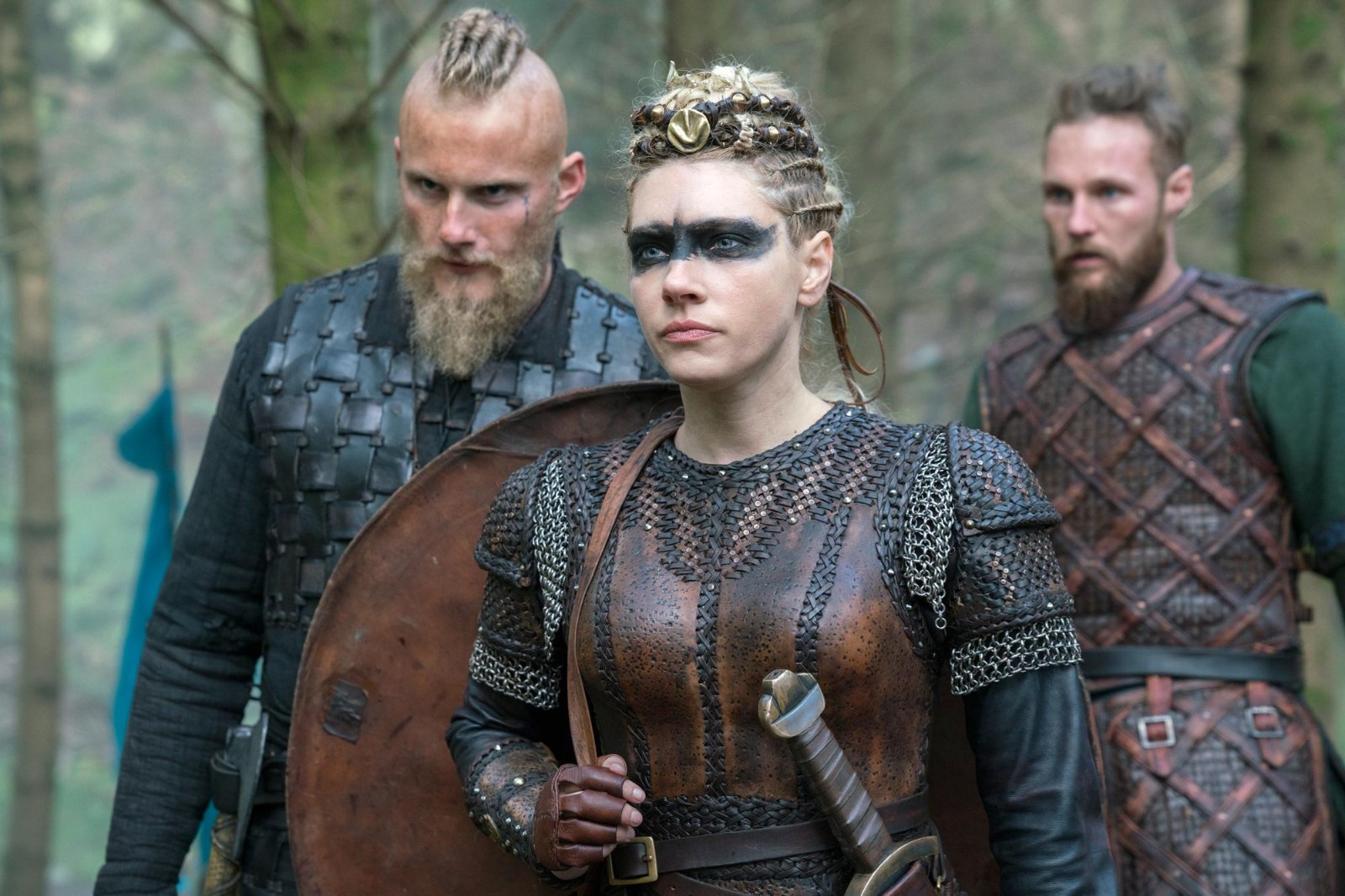 She began training martial arts when she was only 7 and by the time she was 13-years-old, Katheryn had already received her first Black Belt.

Now, she's a certified fight instructor as well as the owner and founder of three martial arts schools.

15. Regardless of her fame, she always manages to stay humble. 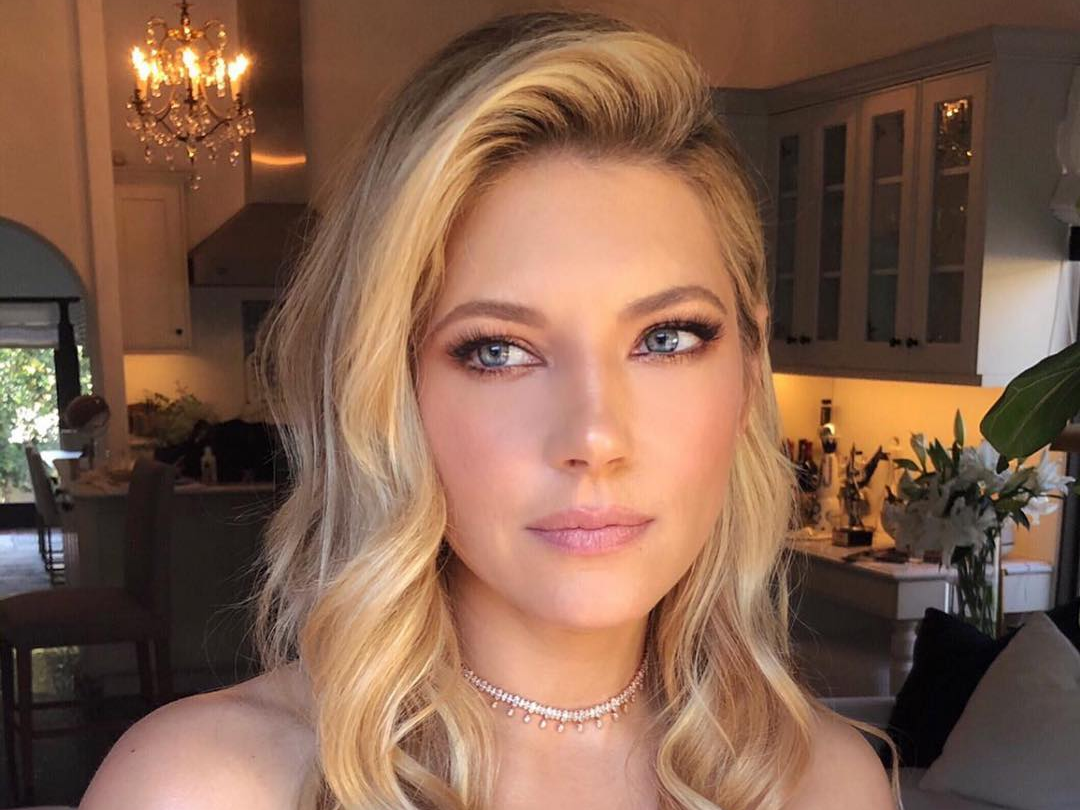 “I’m always blown away how many different cultures the show reaches, Spain, Germany, Russia and I know we just opened up in Asia. Everybody is kind of now catching onto the show which is really exciting. It definitely changes your personal life.”

16. She identifies with Lagertha.

“Like her, I refuse to play second fiddle. She won’t sit at home and take care of the kids while he goes out to explore. No way – she goes out and fights,” she said.

17. She makes sure her voice is heard when it comes to women having the same opportunities in Hollywood.

“Time is so precious and we need more strong women characters on television — and it’s not just that it has to be written and acted, it comes from the producers and the studio heads and by hiring more women filmmakers and grooming more female directors,” Winnick told Variety.

"To be a minority is such a shame considering the population is 50-50."

"We need to be able to grow more female writers and directors and give them the opportunity to get behind the lens, and only then will there be a chance for women to be properly represented on television."

18. She actually wouldn't mind being an astronaut!

“It sounds crazy, but I’ve been fascinated about space for a very long time. I know it’s the wave of the future and I’d love to be able to go up in space and see the world. I think that would be a magical moment.”

19. Her favorite holiday destination is Italy! 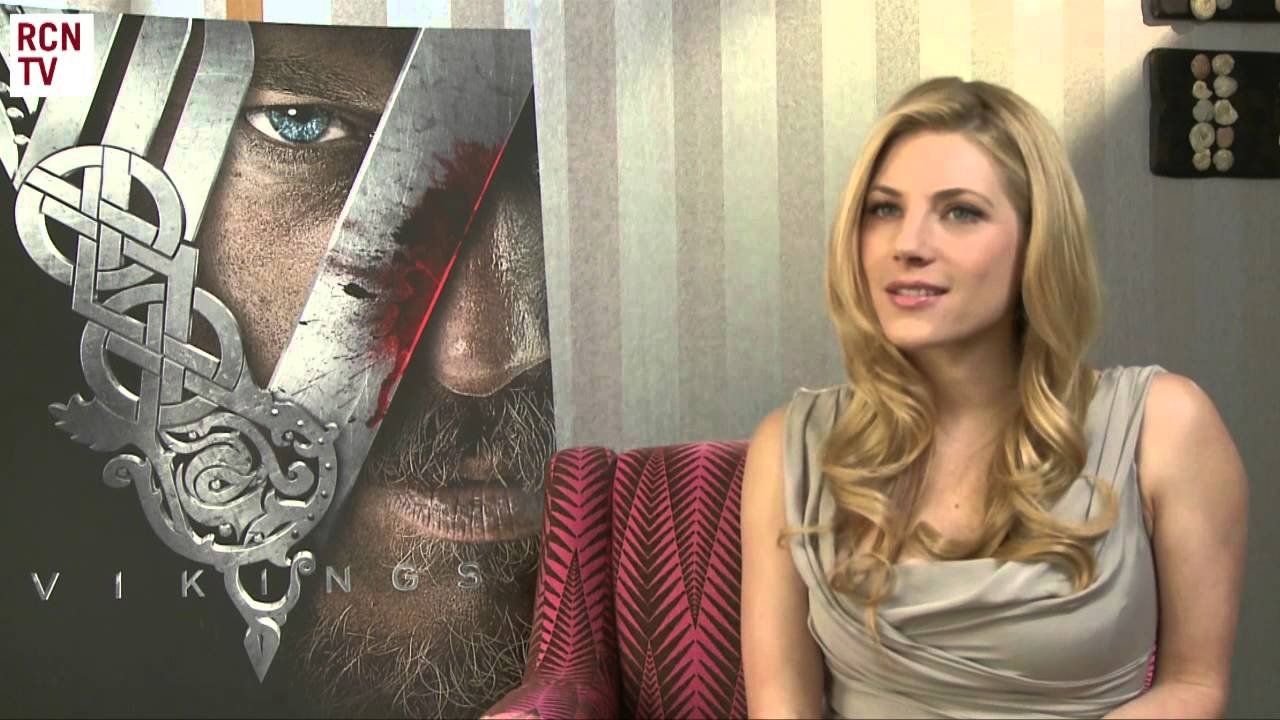 If you have ever been, you can understand why, and if you haven't gone, you really should.

Another one of her favorite getaways is going to Napa Valley. She must love wine!

Do you know anything else about *Vikings* star Katheryn Winnick?

Or were you pleasantly surprised by all the facts that we presented to you?

Either way, let us know down below in the comment section! We would love to hear from you!