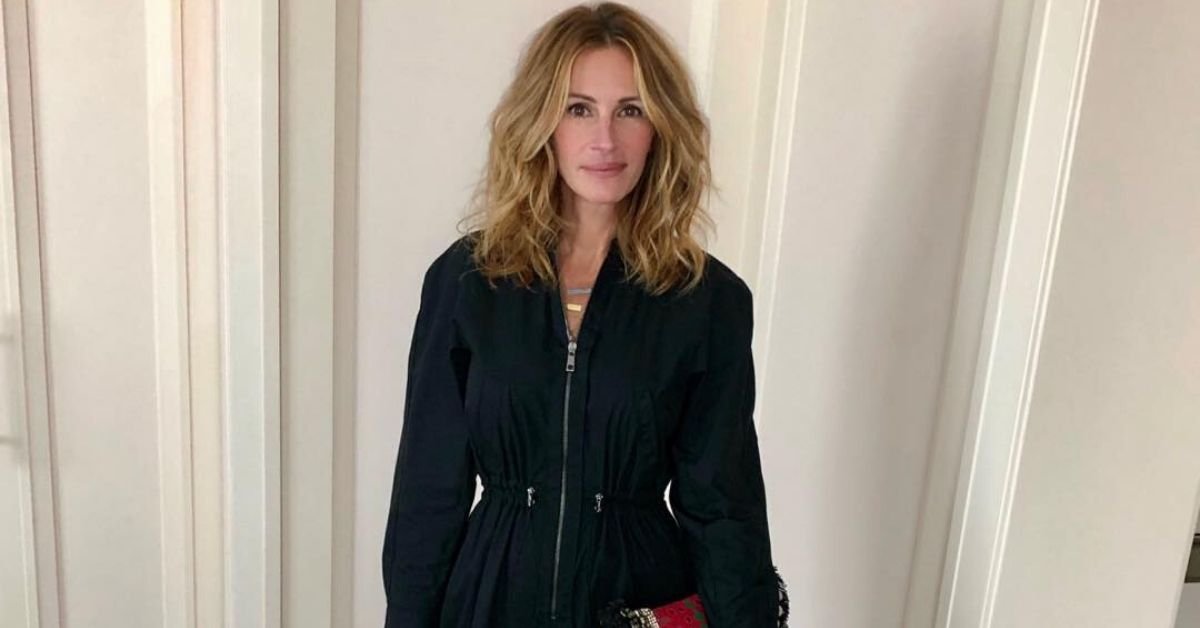 Julia Roberts is the very definition of Hollywood royalty. She was once the highest-paid actress on the planet and is still one of the most talked-about celebrities of the last three decades.

I've always loved Julia, so in order to help shine a light on this gorgeous and wonderful woman, here are 10+ cool facts about Julia Roberts that fans didn't know!

1. She was once the highest paid actress in all of Hollywood.

$20 million a film might not seem like a lot of money nowadays, but in the late '90s/early '00s, it was practically unheard of.

Julia is still extremely sought after. She raked in a whopping $3 million for Mother's Day even though she only put in four days worth of work! 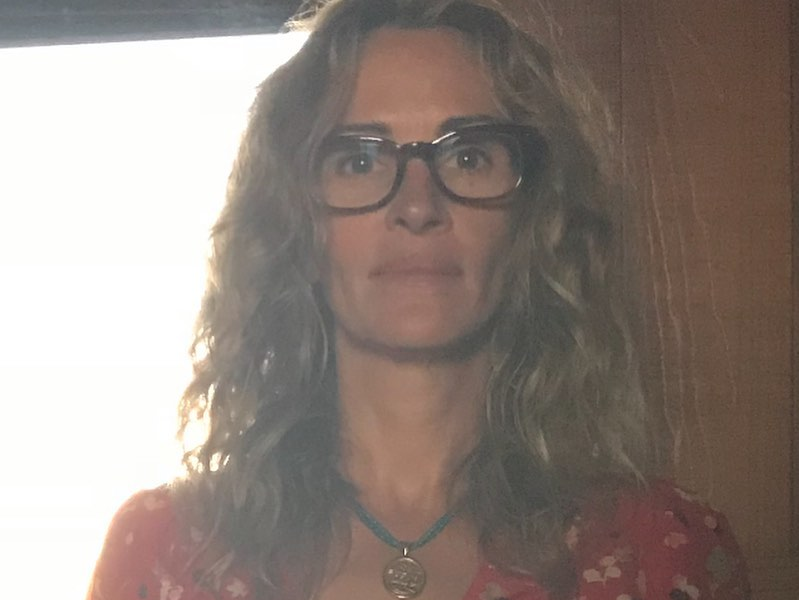 So much so that Julia lent her vocal talents to Conservation International. She, along with several other members of the Hollywood elite, took part in a documentary designed to raise awareness of the dangers of globalization and climate change.

As you might have imagined, Julia played Mother Nature.

3. She just might be the most beautiful woman in the world.

Julia has been named People Magazine's "Most Beautiful Woman" a record-breaking five times!

That's unheard of! The last time she took home the prestigious award was back in 2017.

4. Julia has a reputation for being a bit of a diva.

While she was filming Hook back in 1991, things were reportedly rocky with director Steven Spielberg as well as the rest of the crew.

So much so that Julia was given the nickname "Tinkerhell."

5. She wasn't the first choice for *Pretty Woman*. 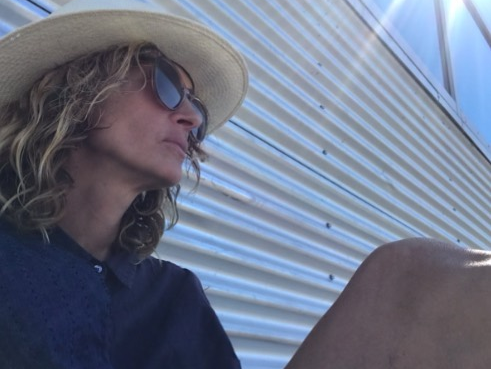 Supposedly the studio had their eyes on none other than Meg Ryan for the part. When Meg eventually turned it down, they turned to Julia to fill her shoes.

It's hard to imagine anyone but Julia playing that role. 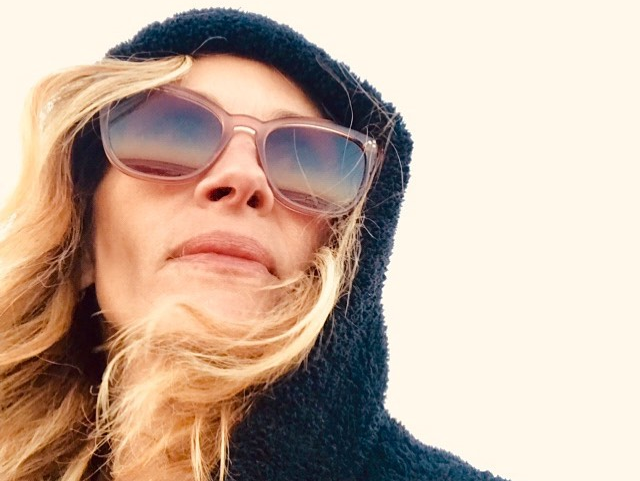 Did you know that Canadian-born sing/songwriter, Chantal Kreviazuk, is a huge fan of Julia Roberts? I didn't.

I also wasn't aware that one of Chantal's biggest songs, "Julia," is actually about Julia Roberts?!

7. Her reaction during "the necklace scene" in *Pretty Woman* is 100% authentic. 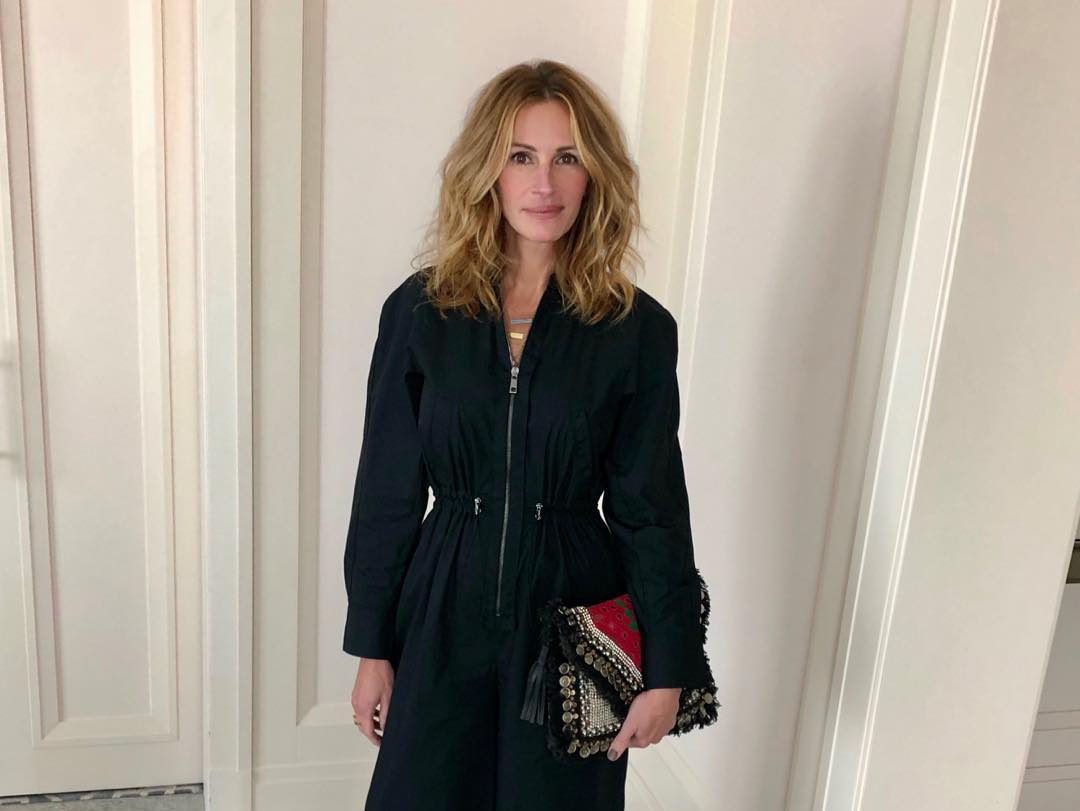 Richard Gere clamping the box down wasn't in the script! He ad-libbed it at the last second. The reaction and laughter that you hear from Julia are genuine.

How awesome is that?!

According to Gwyneth Paltrow, Julia was the first choice for the female lead in Shakespeare in Love. Ironically enough, Paltrow ended up winning an Academy Award for her performance.

Paltrow shed light on the subject during an interview.

She explained that at the time she had absolutely no interest in starring in a romantic picture. 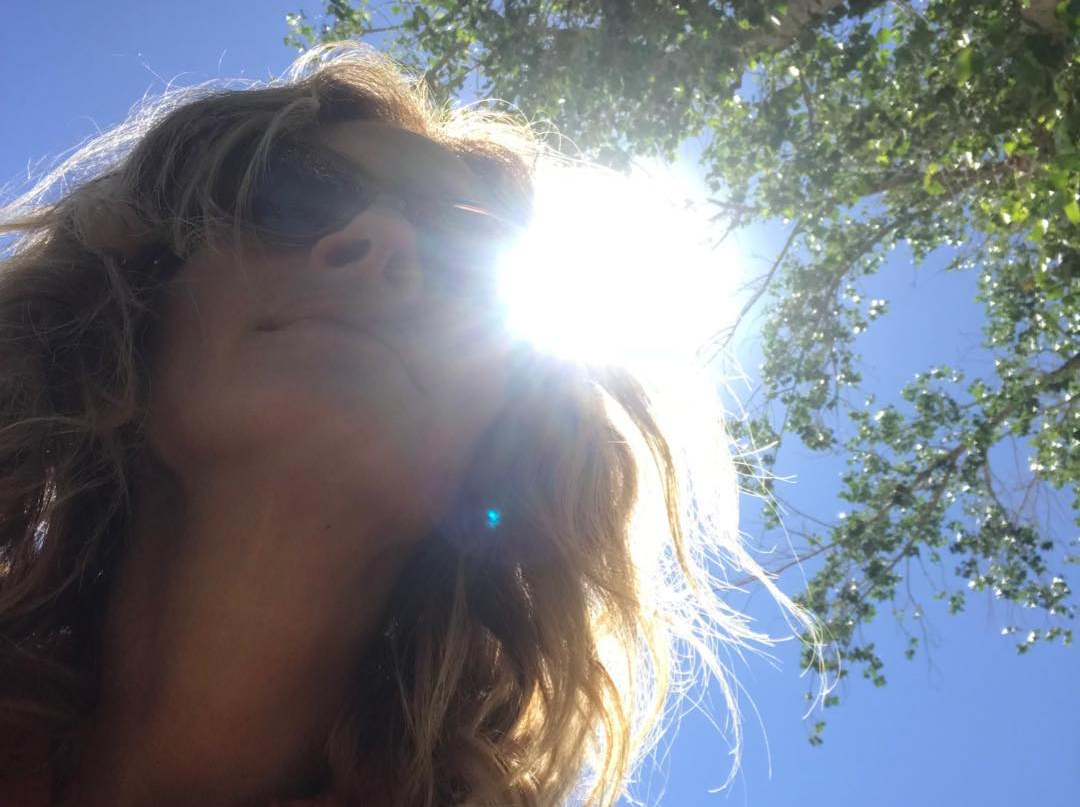 Gwyneth had just recently had a very public breakup with Brad Pitt.

According to her, Julia turned down the role when she couldn't recruit Daniel Day-Lewis to play Shakespeare.

“I’ve never seen anyone work harder than she does," Julia said. "She doesn’t just snap her fingers and be a genius. To work with Meryl Streep is a dream come true for anyone. To know her is an honor.”

10. She absolutely bombed on Broadway.

The stage and the big screen are two entirely different animals. Just because you are successful in one medium doesn't guarantee that you'll be able to transition into another.

Sadly, Julia found this out the hard way.

A critic at the *New York Times* positively ripped her performance to shreds! 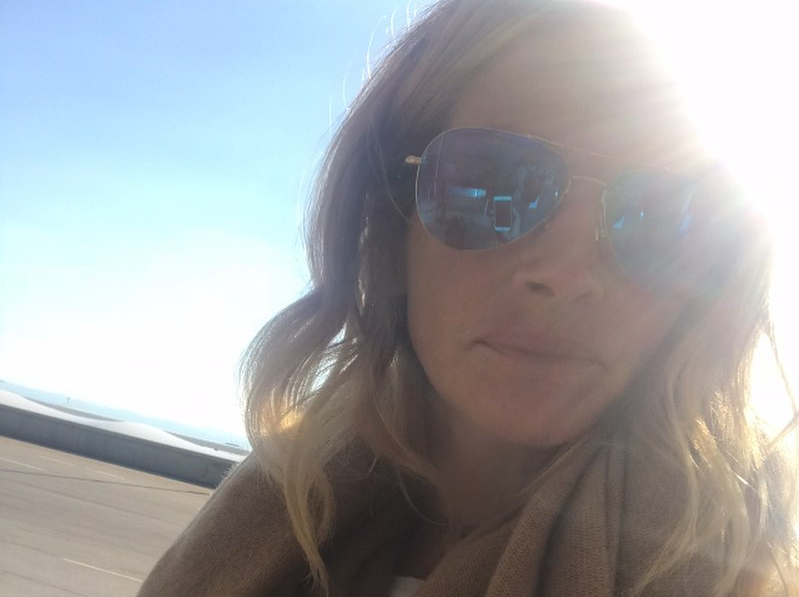 "Sometimes she plants one hand on a hip, then varies the pose by doing the same on the other side. Her voice is strangled, abrupt and often hard to hear. She has the tenderness of a woman who might break into pieces at any second."

11. Julia follows the teachings of Hinduism.

“I’m definitely a practicing Hindu. I’ve been so spoiled with my friends and family in this life. Next time I want to be just something quiet and supporting after the stresses of my celebrity lifestyle.” 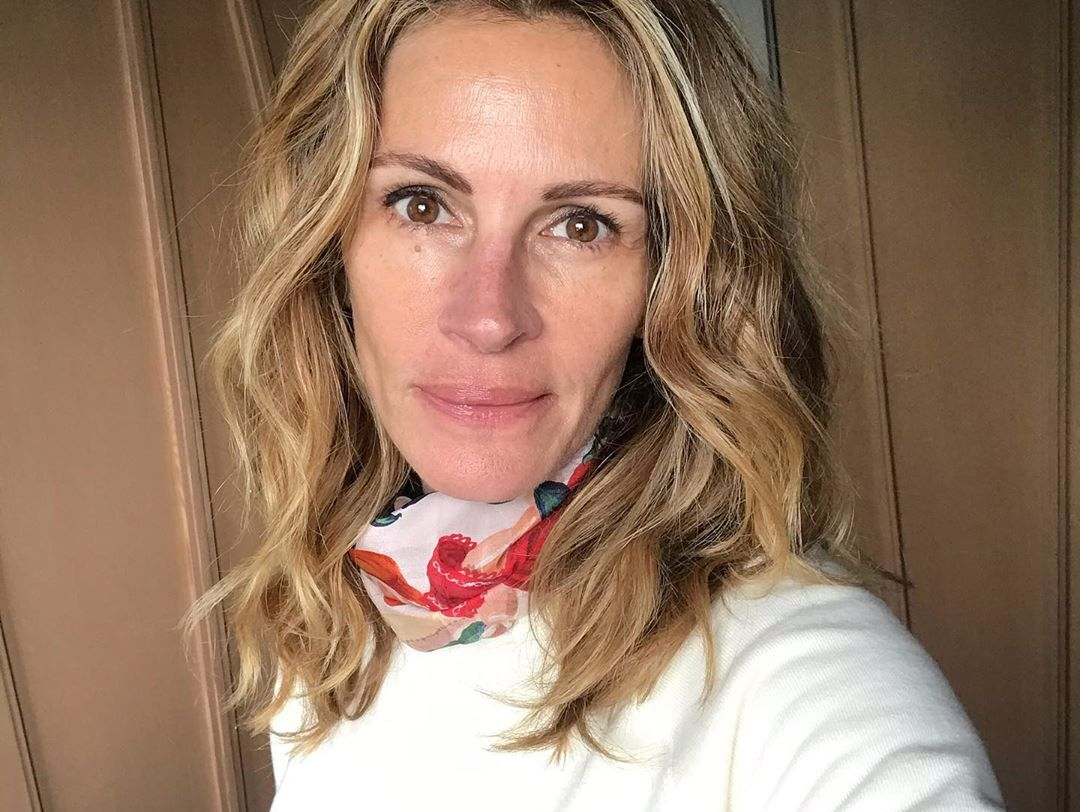 In 2004, scientists found what they believed at the time to be Europe's oldest skeleton. It was given the name "Julia Roberts" because the scientists believed that the skeleton, like Julia, was a rare beauty.

That's a pretty fine compliment if I do say so myself!

13. Julia actually was a runaway bride in real life!

For a brief moment, Julia was engaged to be married to Keifer Sutherland.

However, Julia called it off at the very last minute just a few short days before she was due to walk down the aisle.

14. That's not Julia's body on the poster for *Pretty Woman*. 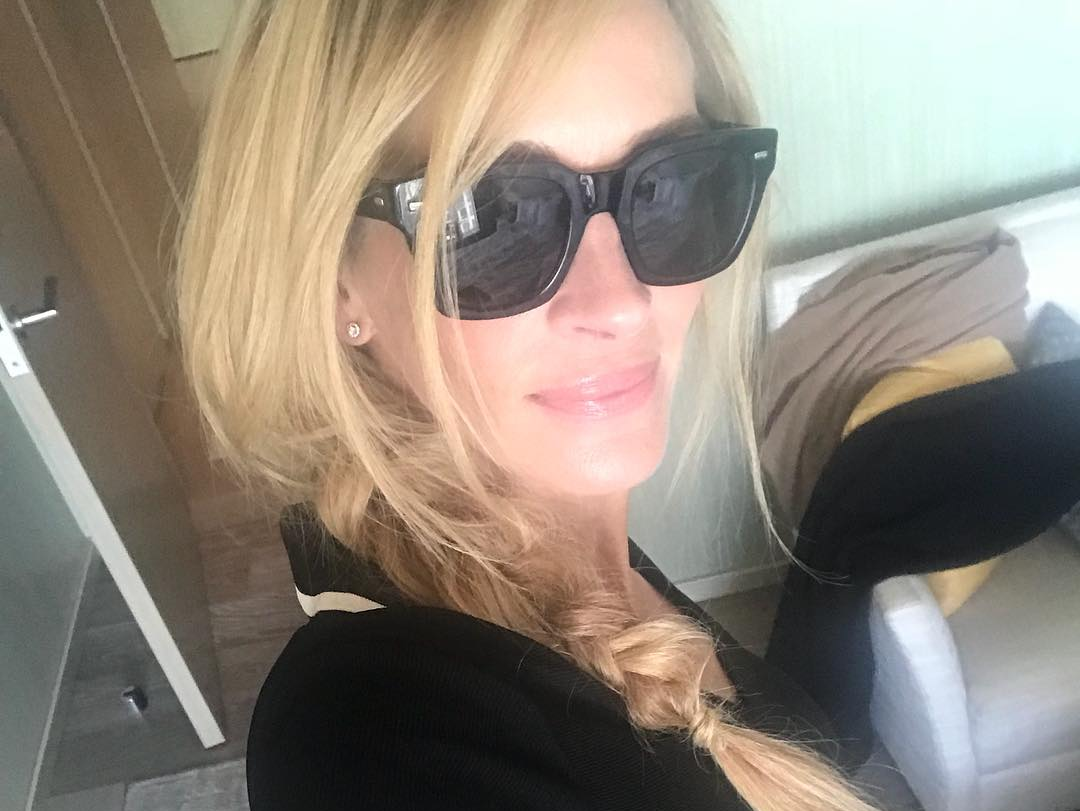 The studio decided to go with a body double and simply photoshopped Julia's head. Why anyone would think Julia needed a body double is beyond me. That's just plain insanity!

15. Julia knows how to deal with trolls.

Back in 2018, @thevintagecostumecollector posted a side-by-side picture of Julia next to Joan Crawford. The caption asked, "who wore it better?" This was the response:

Pretty harsh and uncalled for, right? That's precisely what Julia thought. Her response is priceless! 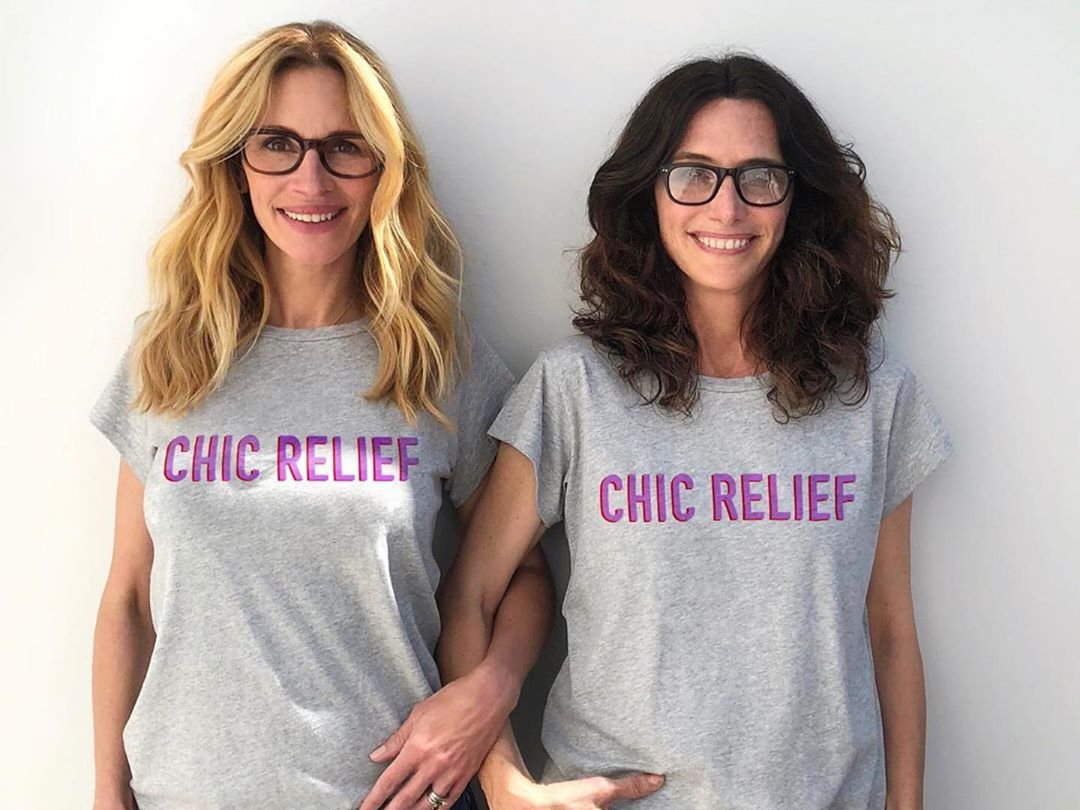 "It is in fact a navy polish with garnets crystals as a grounding accent. In case you would like to edit your comment from ‘ugly black nail polish’ to ugly navy polish with Garnet crystals. Just sayin’ ??" 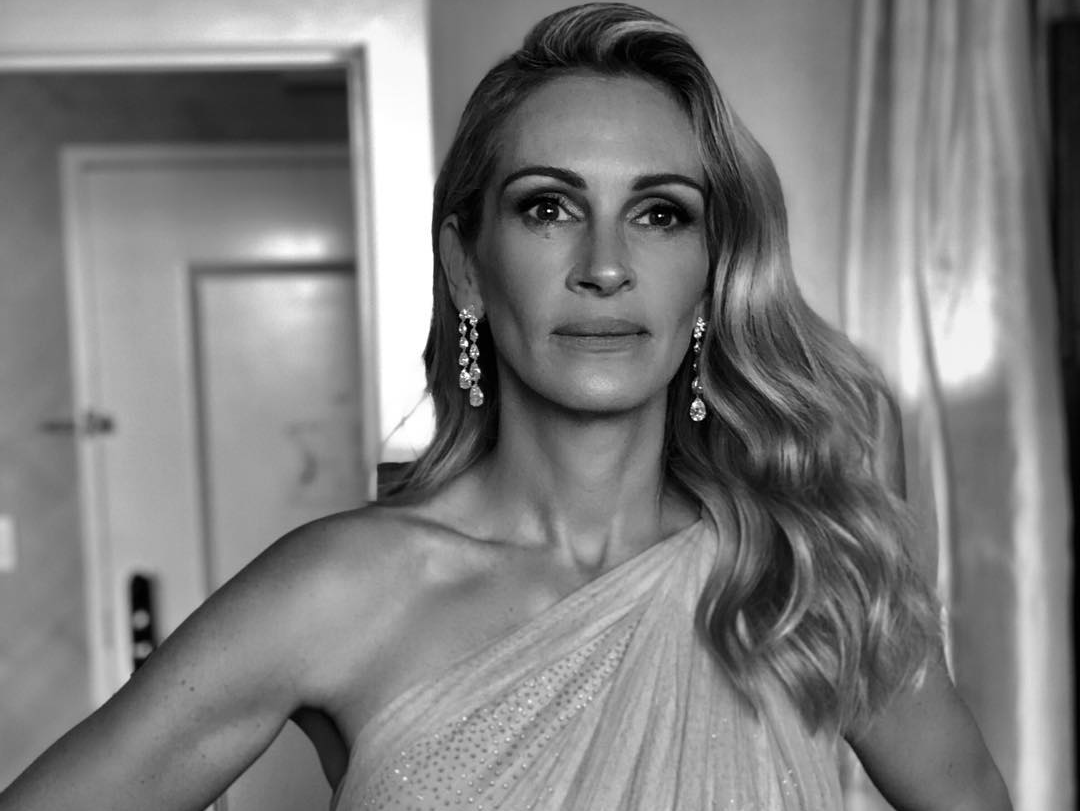 When asked how she was navigating her way through the app, Julia had this to say:

“I do appreciate the platform. It's kind of fascinating. I love it to keep up with friends and see where they are."

She's found it to be incredibly eye-opening when it comes to her children as well.

"I'm so glad that I joined Instagram because as a mother of teenagers, it's very educational... I have a lot about myself and I'm 50! I can't imagine if I were 15!”

17. She has one of the most expensive smiles in Hollywood. 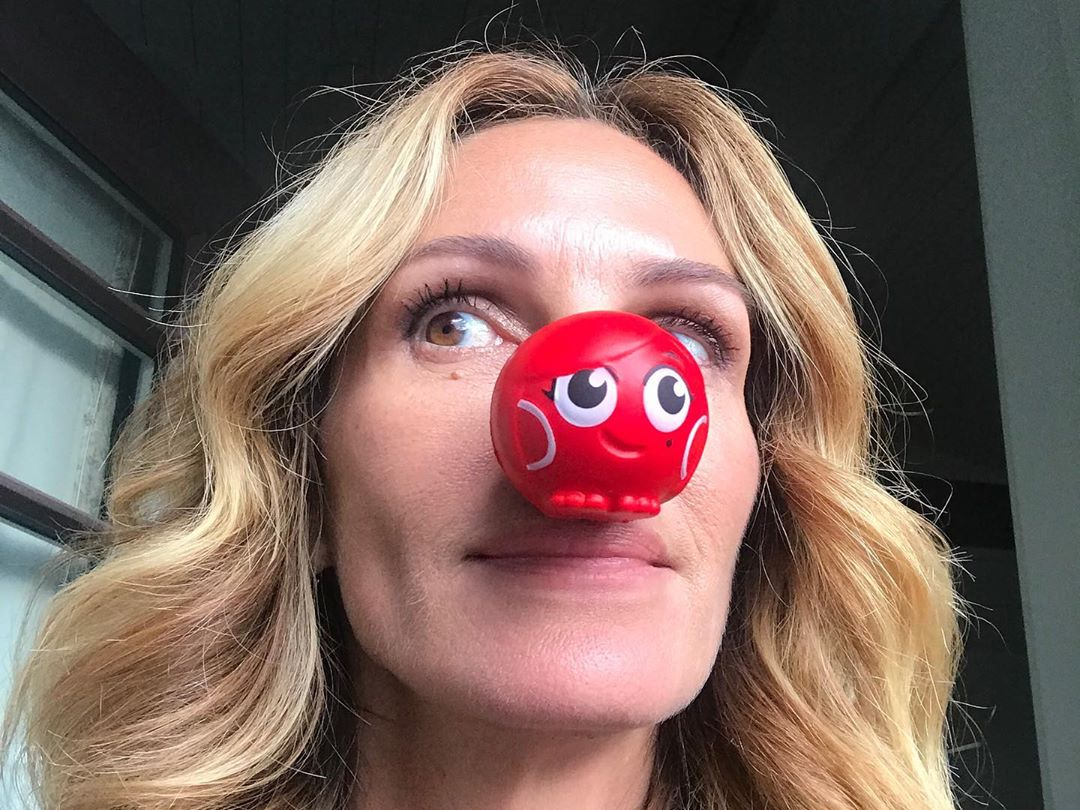 Julia has gone to great lengths to ensure that her pearly whites remain in tip-top shape. Her teeth are insured for a jaw-dropping $30 million! No wonder she's always smiling.

18. Julia played the clarinet as well as the oboe in school.

I was a band geek in high school. It makes my heart happy to know that Julia was also! Referring to herself and her best friend, Paige, Roberts said:

“We weren’t losers, but we weren’t popular, we were just coasting, that is exactly what we were doing.”

Not only was Julia not popular, she didn't even date for most of high school! 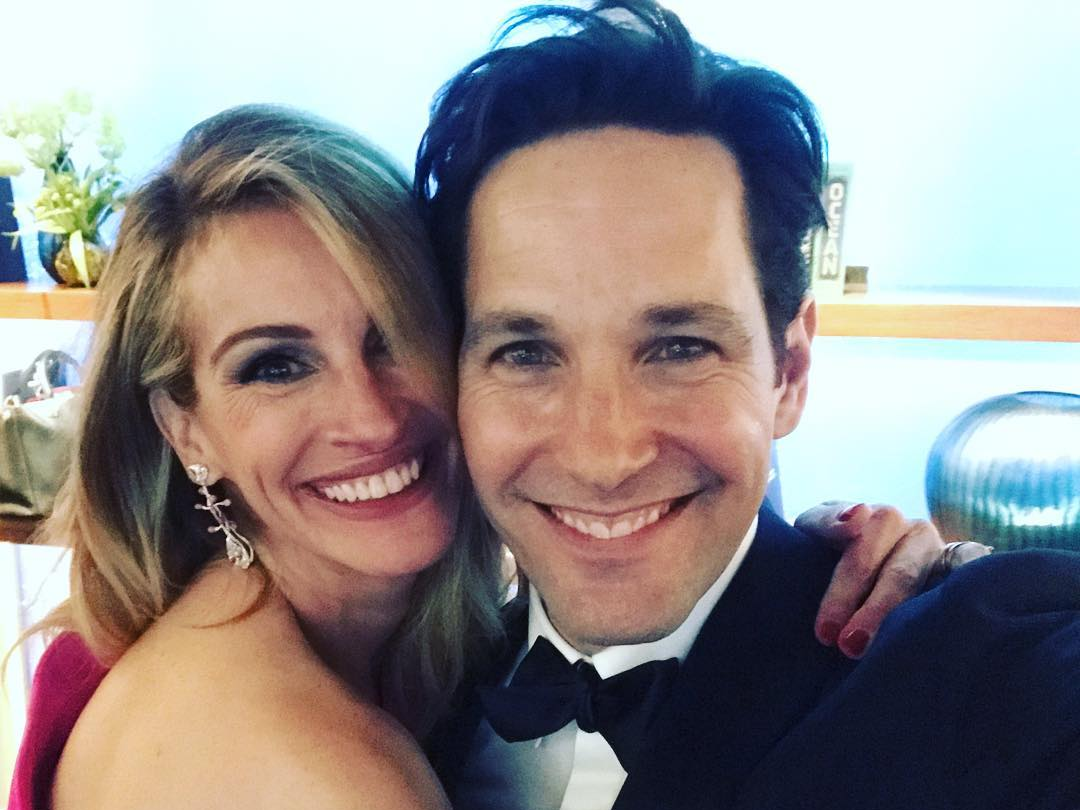 “But it was good timing for me, but, it was latish,” Roberts joked during an interview.

I think she's being humble. There's no way that Julia just one day showed up and glowed up.

19. Her big break was a cop drama called *Crime Story*. 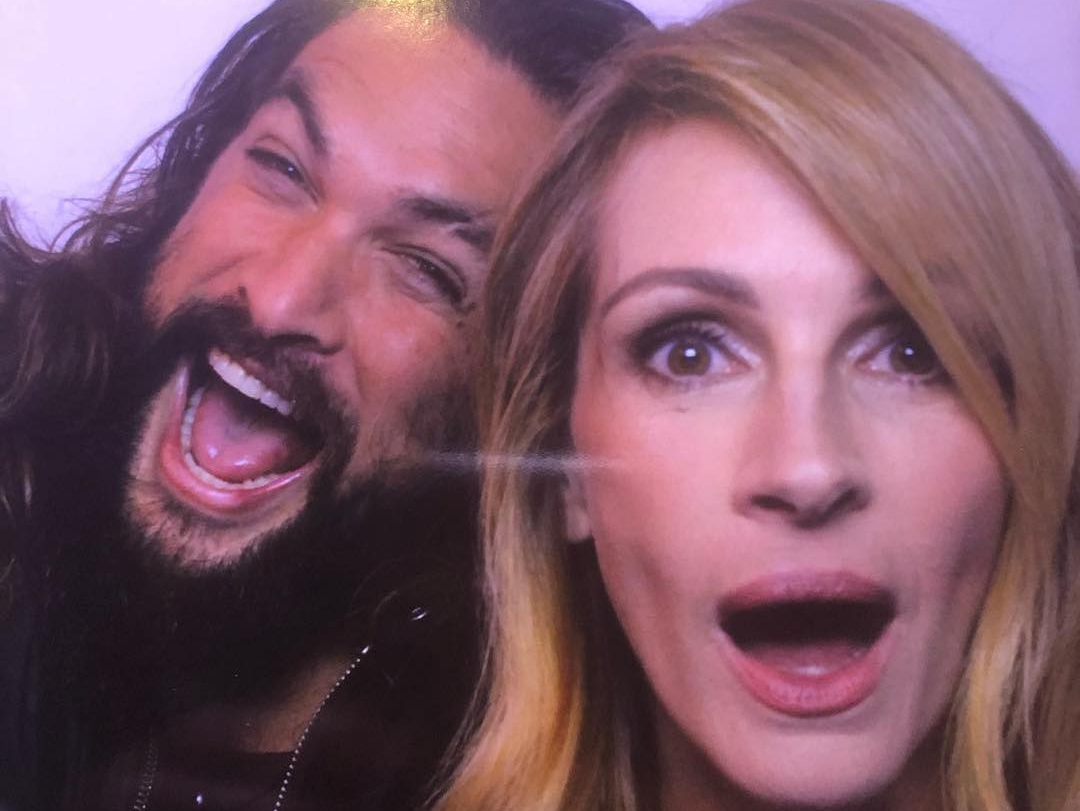 Crime Story is a mostly forgettable throwaway series from the '80s. It starred Dennis Farina and Anthony Denison as Chicago detectives taking on the world of organized crime.

Roberts appeared in only one episode as a young woman named Tracy.

20. Before she began her acting career, Julia worked in a shoe store.

While playing the game "Burning Questions" with Ellen Degeneres, Julia revealed that working in retail was one of her favorite jobs.

Can you imagine Julia Roberts measuring your shoe size?!

21. Her first celebrity crush may surprise you. 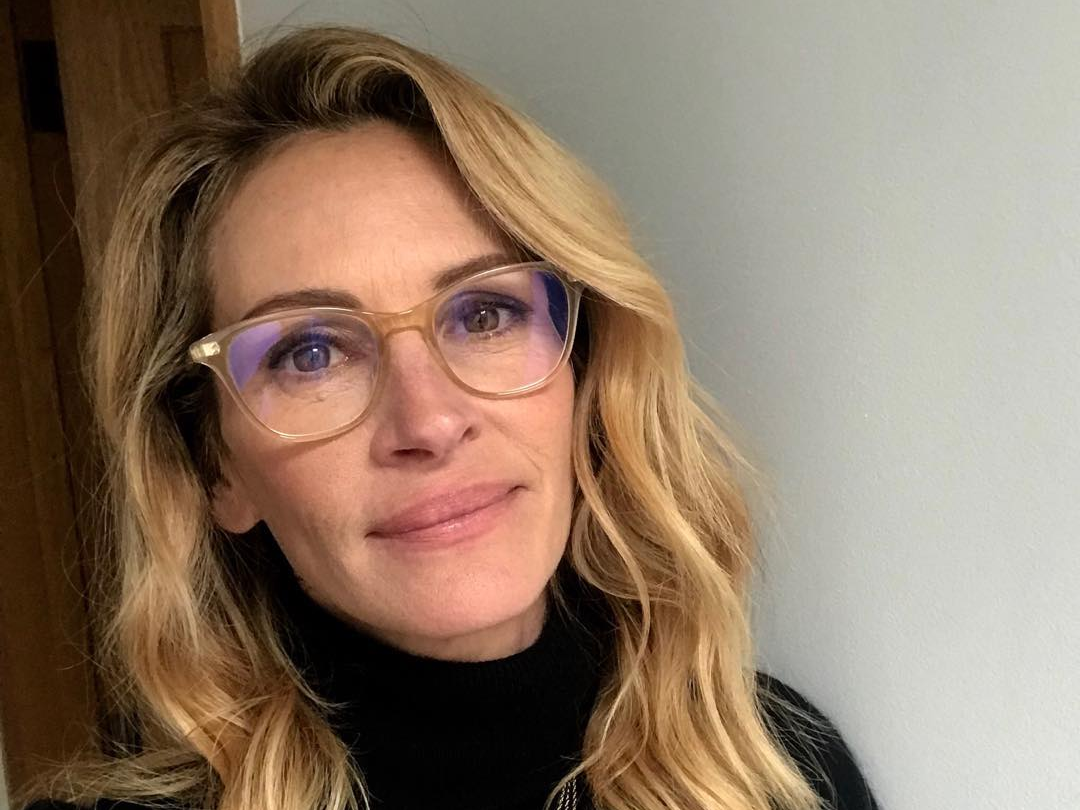 Without hesitation Julia proudly proclaims her first celebrity crush to be Jimmy McNichol. Jimmy was a teen idol who appeared in classic TV shows like General Hospital and Little House on the Prairie.

If you don't recognize the name, don't feel bad. Even Ellen had no idea who he was. 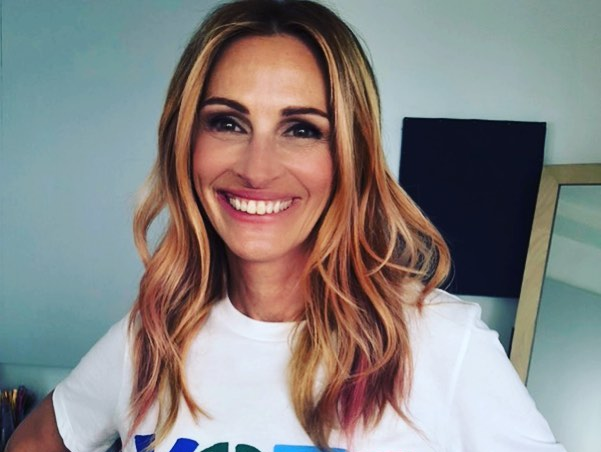 When Julia appeared in the film Mona Lisa Smile, she was paid an impressive $25 million. At that time, no other actress in history had ever received such a large payday.

23. She's left-handed, something that she struggled with growing up.

“I hated being left-handed as a girl because it was treated as some kind of handicap,” Julia admitted.

As crazy as it seems, there was a time when they used to force kids in school to only use their right hand! 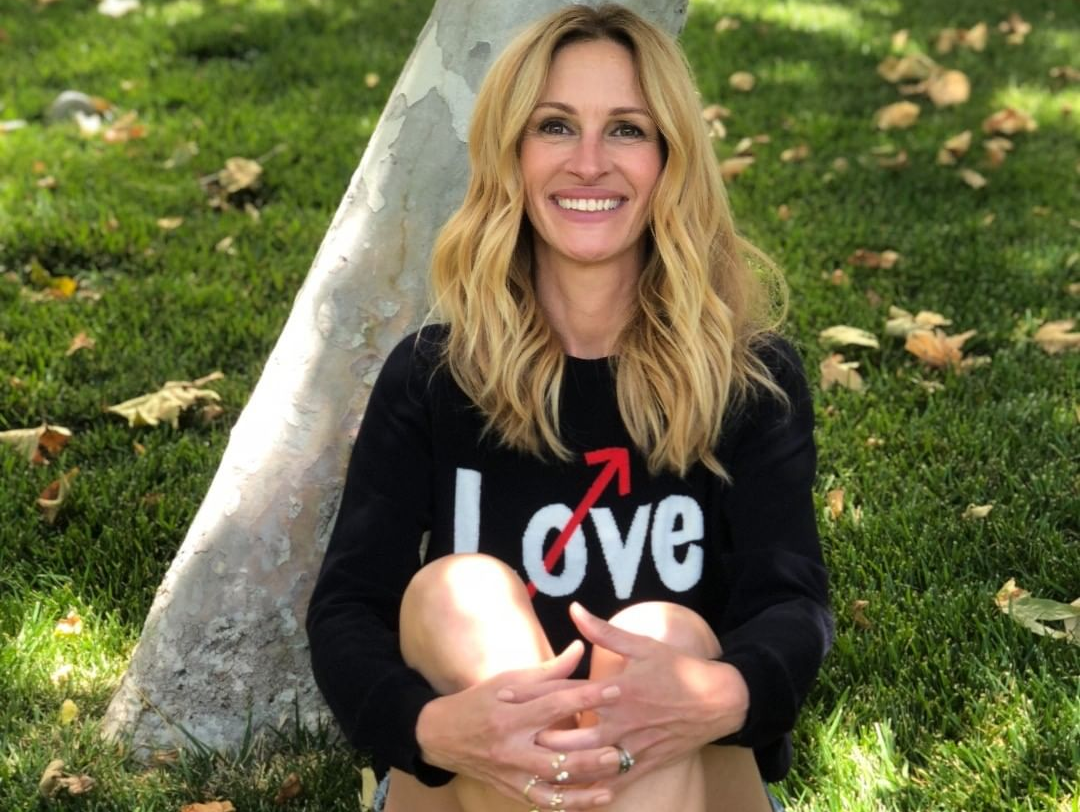 “When I was asked to play Erin Brockovich, I had to be right-handed, so I took time to practice and I can now write with either hand." 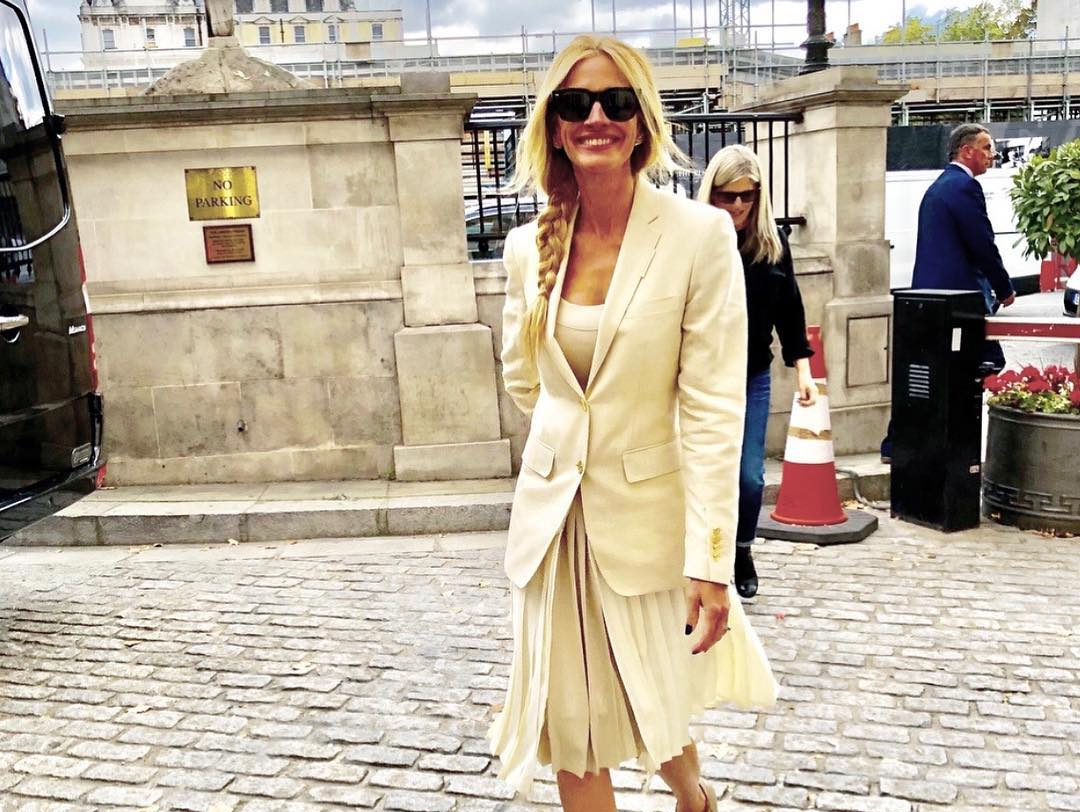 When asked to speak on her iconic beauty, Julia replied “I don’t know about that, but I have learned a few things. When you’re putting on your make-up, try lying on your back.”

25. She never once thought that she'd become an actress growing up.

“I wanted to be a vet,” Roberts said thoughtfully, “I was fascinated by animals and I thought being a vet would be great as I could help them recover from their illnesses."