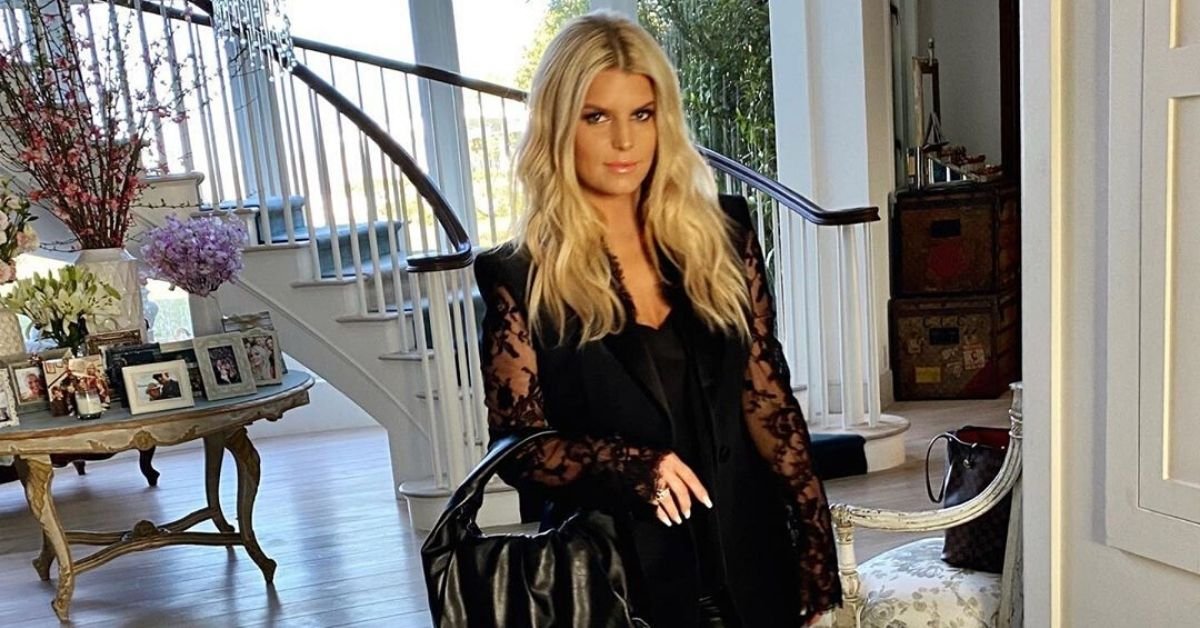 Few stars have had a career trajectory like Jessica Simpson's. She's a world-renowned pop star, a reality tv mogul, as well as a New York Times best-selling author.

Through it all, she's always maintained her integrity and class. So, to celebrate all that Jessica Simpson is, here are 10+ interesting things that fans didn't know! 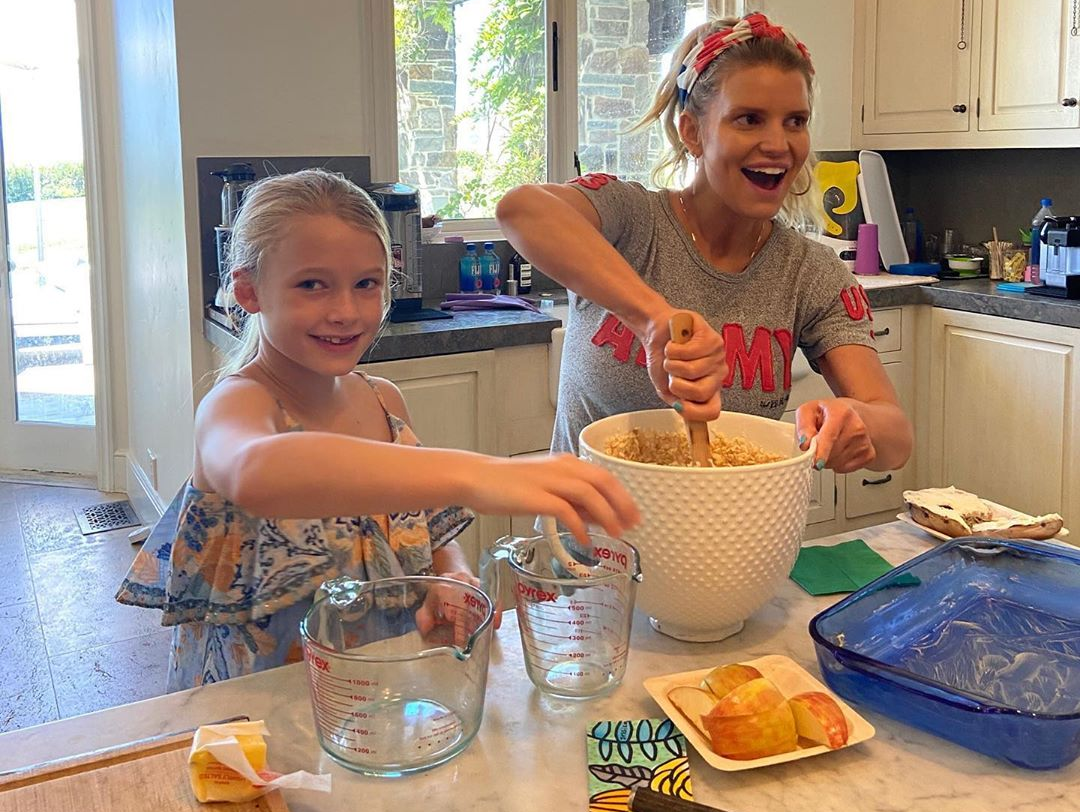 One of Jessica's favorite things is spending quality time in the kitchen with her children. As you can see, Jessica is quite the baker.

Some of the meals she posts look practically restaurant-worthy! 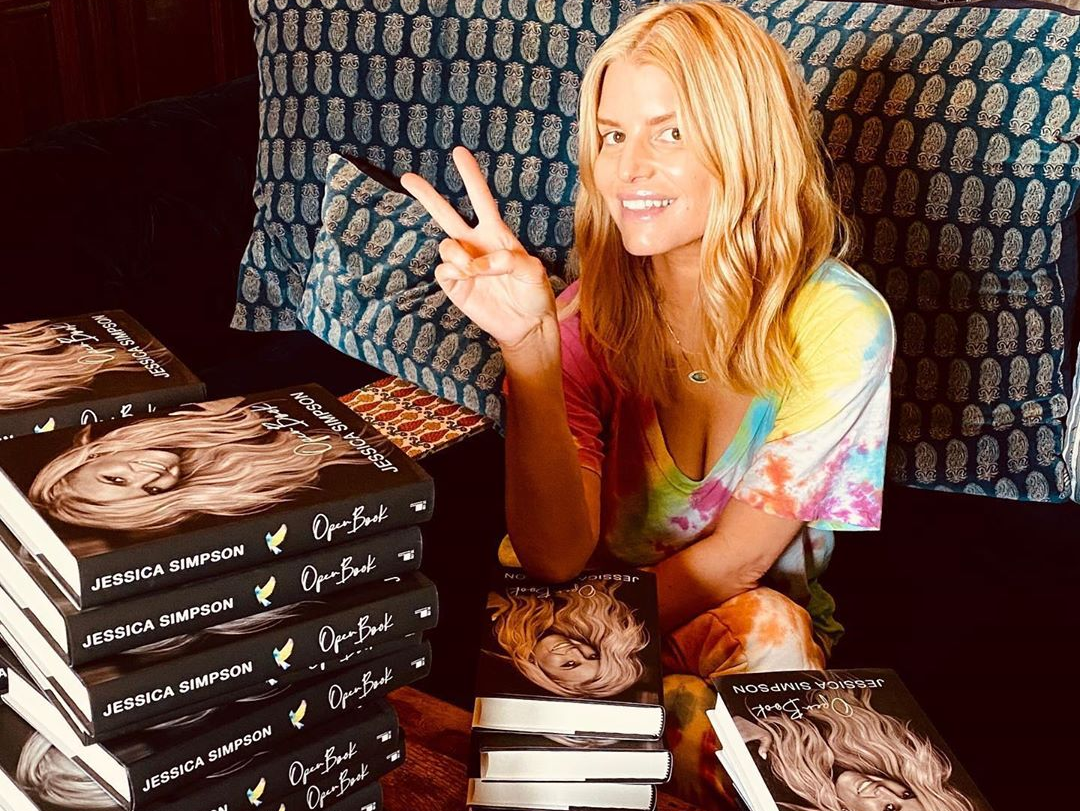 Just this year Jessica released a tell-all memoir entitled Open Book. It practically leaped off the shelves and catapulted Jessica right to the very top of the New York Times "Best-Sellers" list.

Jessica was humbled and shocked by the news! 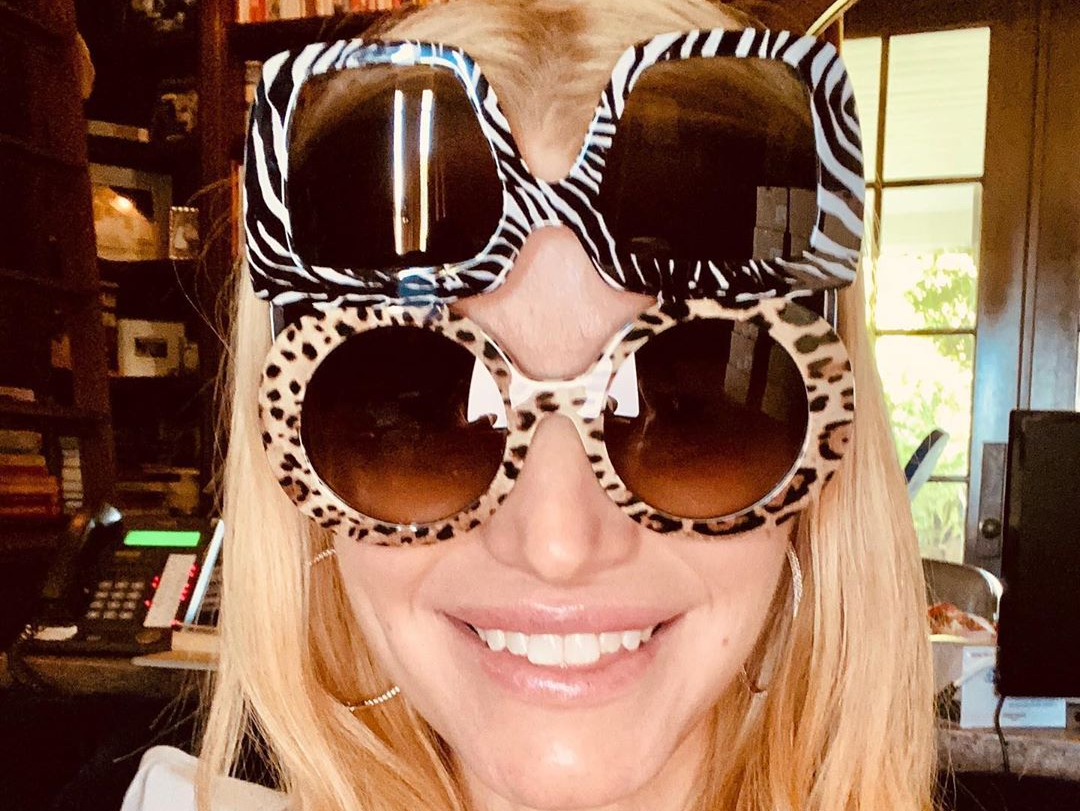 "I wrote this book thinking if it could help one person get through their struggle it would be worth it. To find out that I have sold enough copies to make me the #1 New York Times best seller is humbling and surreal."

3. Jessica and Nick Lachey were one of the first couples of reality TV. 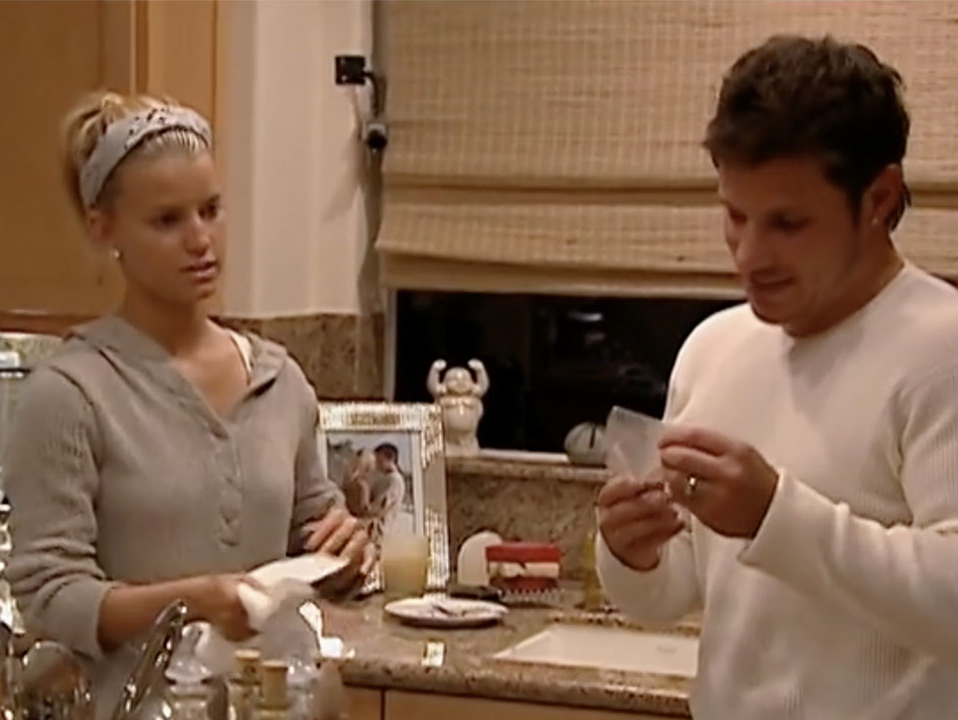 Before there was Vanderpump Rules, or Keeping Up with the Kardashians, there was Newlyweds: Nick & Jessica.

Jessica and her ex-husband Nick helped breathe life into trash reality TV, and I mean that in the most complimentary way possible.

4. She's had struggles with alcoholism in the past.

Jessica's most infamous interview was with Ellen DeGeneres.

Right from the start, you could tell that something was off. Jessica was slurring her words, was aloof, and was unable to focus.

She's since confirmed that she was in fact drunk.

"I can't even watch the interview. It was a weak moment for me and I wasn't in the right place. I'd started a spiral and I couldn't catch up with myself."

5. Jessica isn't afraid to poke fun at herself.

Back in 2003, Jessica posed in her underwear for the cover of Rolling Stone Magazine. She was awarded the title of "Housewife of the Year."

Some 17 years later, she posted this delightful pic with the caption: "Housewife of the Year looks a little different these days."

She even posted this meme as an homage to her most infamous quote! 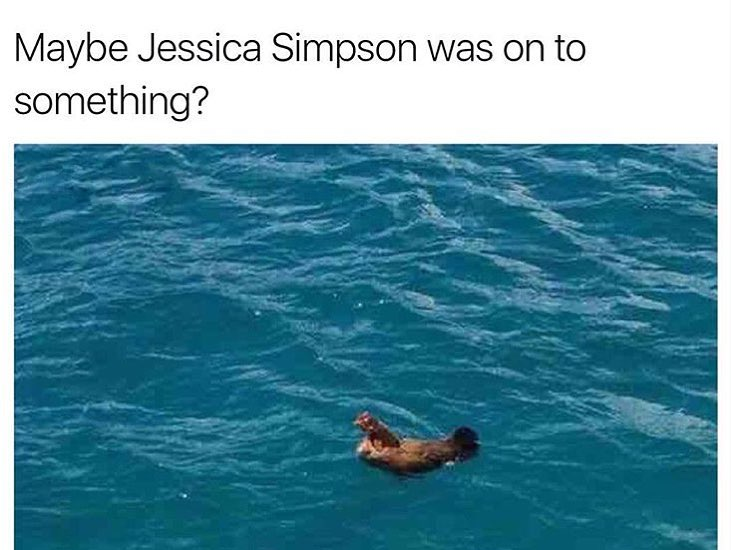 During an episode of Newlyweds: Nick & Jessica, while the couple were eating dinner, Jessica couldn't understand why tuna fish was called "the chicken of the sea." It went on to become meme fodder for years.

Maybe we were too harsh after all? 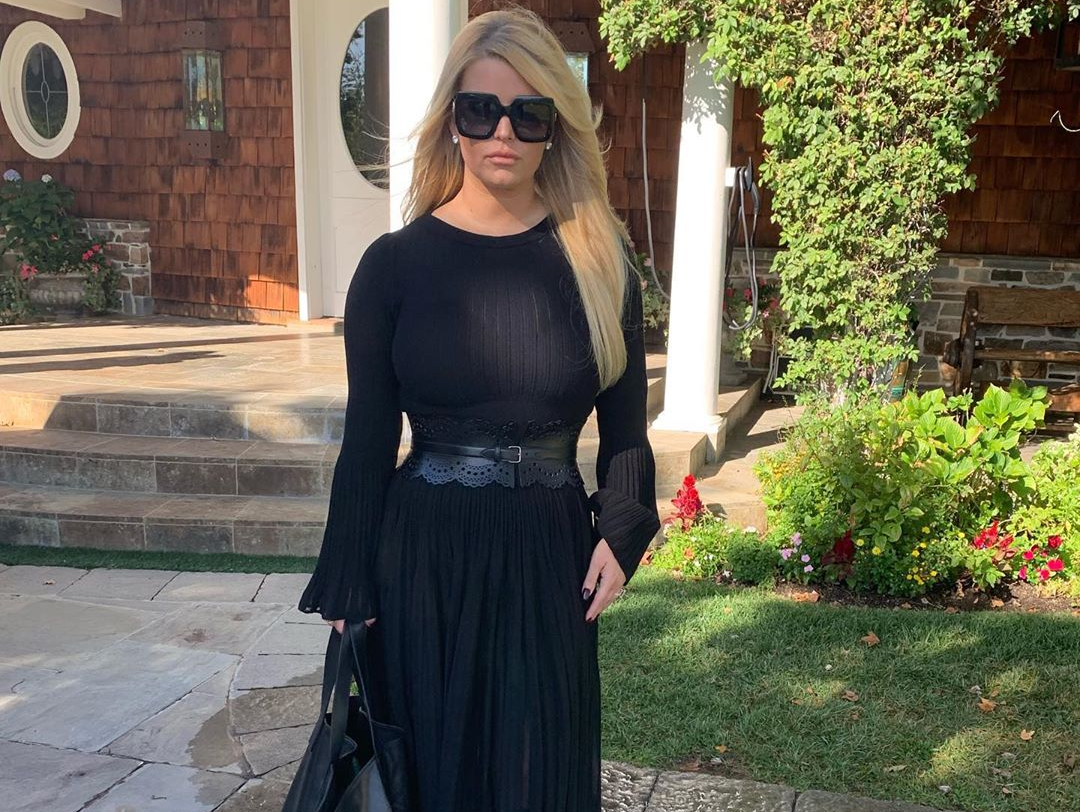 "6 months. 100 pounds down (Yes, I tipped the scales at 240 😜) My first trip away from #BIRDIEMAE and emotional for many reasons, but so proud to feel like myself again. Even when it felt impossible, I chose to work harder."

7. Jessica is a huge fan of Disney movies.

For the special edition DVD version of Aladdin, Jessica and her then-husband, Nick Lachey, performed a duet of the Disney classic "A Whole New World."

8. She famously "saved herself" for marriage. 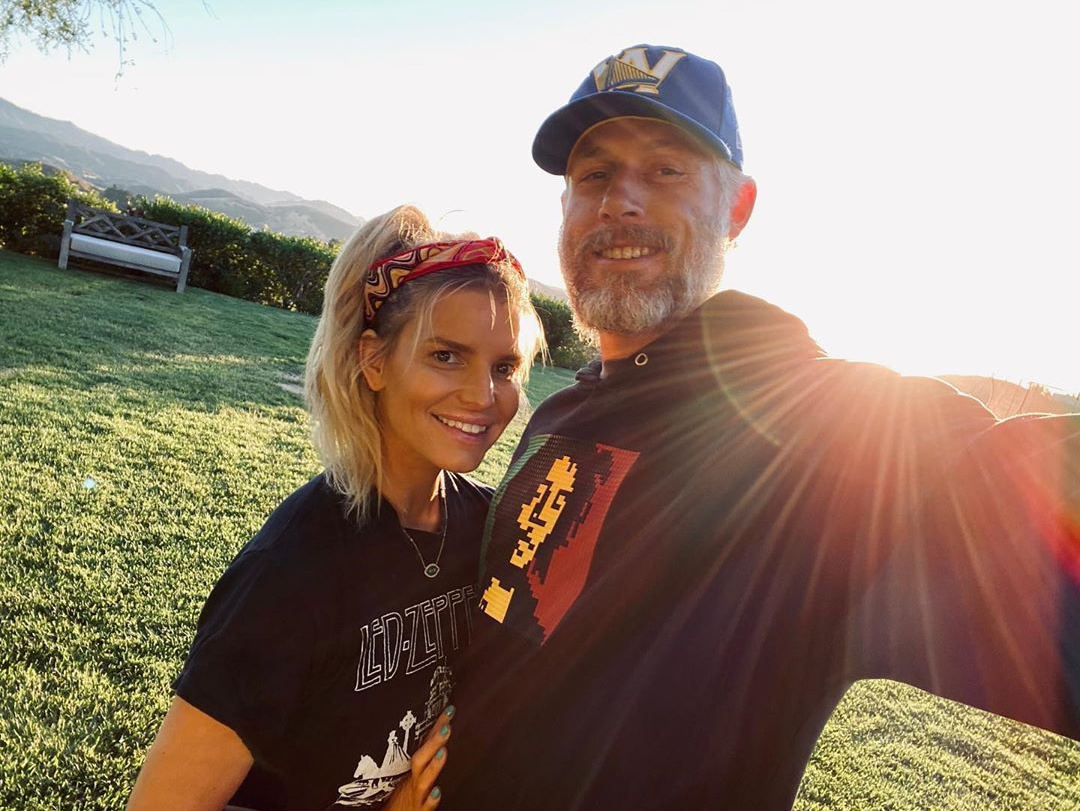 As creepy and disgusting as it sounds, there was a time when openly discussing the virginity of underage pop stars in mainstream media was considered to be "not so big a deal."

Jessica was always proud of her virginity and said as much during an interview: 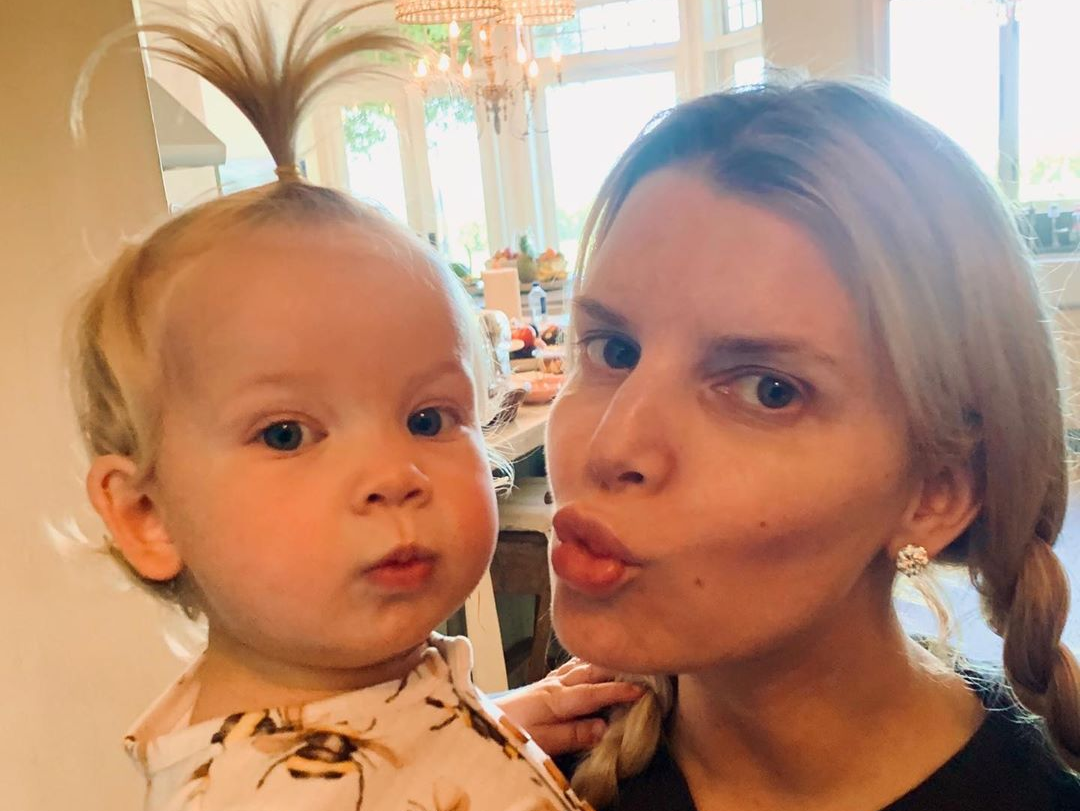 "I'm so lucky I didn't lose my virginity in the back of a Jeep or something. Instead, I had this amazing, elaborate wedding and I topped it off with that.”

9. She got into hot water when Dallas Cowboys fans accused her of being a jinx!

Jessica was dating former Dallas Cowboys quarterback, Tony Romo. While she was attending the game, Tony had one of the worst games of his career. It was so bad, that even former wide receiver Terrell Owens made a comment:

"Right now, Jessica Simpson is not a fan favorite – in this locker room or in Texas Stadium."

At the time, she was given the nickname "Yoko Romo."

Even the president of the United States at the time, George W. Bush, made some cracks about the curse, at one point joking, "We’re going to send Jessica Simpson to the Democrat National Convention."

10. Jessica fired her own father! 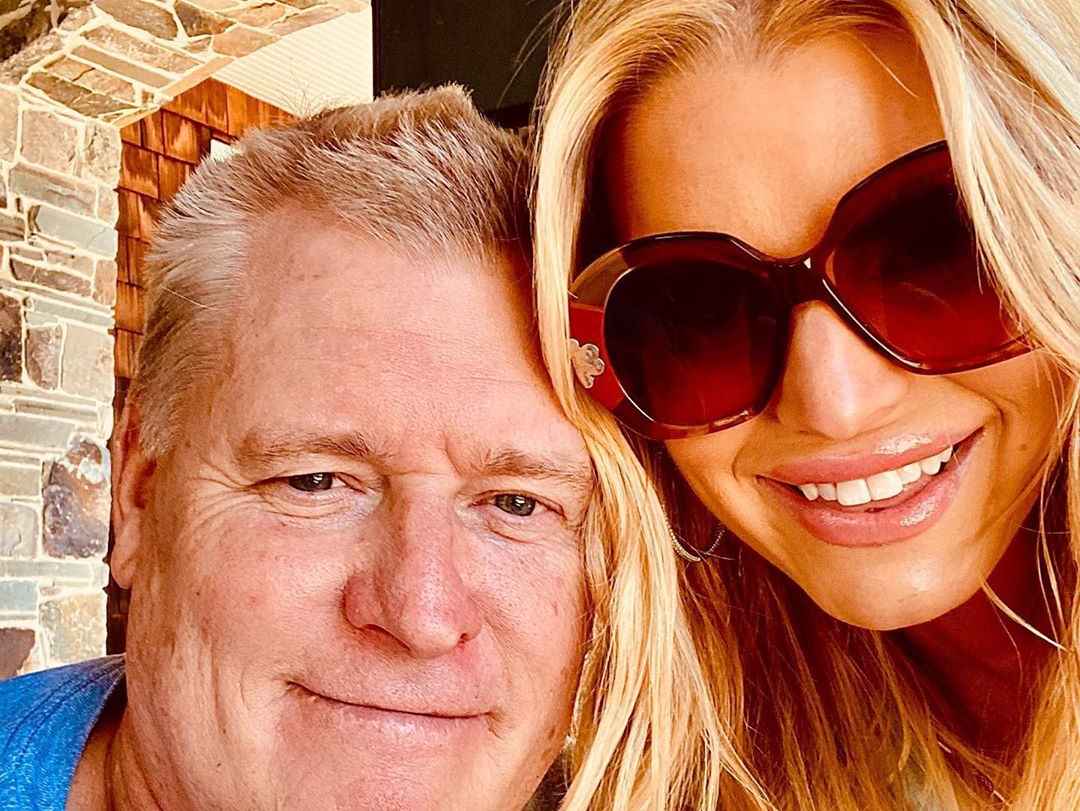 Jessica's dad was her manager for a large chunk of her early career. During an interview with Jimmy Kimmel, Jessica explained that even though she loved her father very much, she needed to do what was best for her career.

11. She once shared a "nostalgic kiss" with Justin Timberlake. 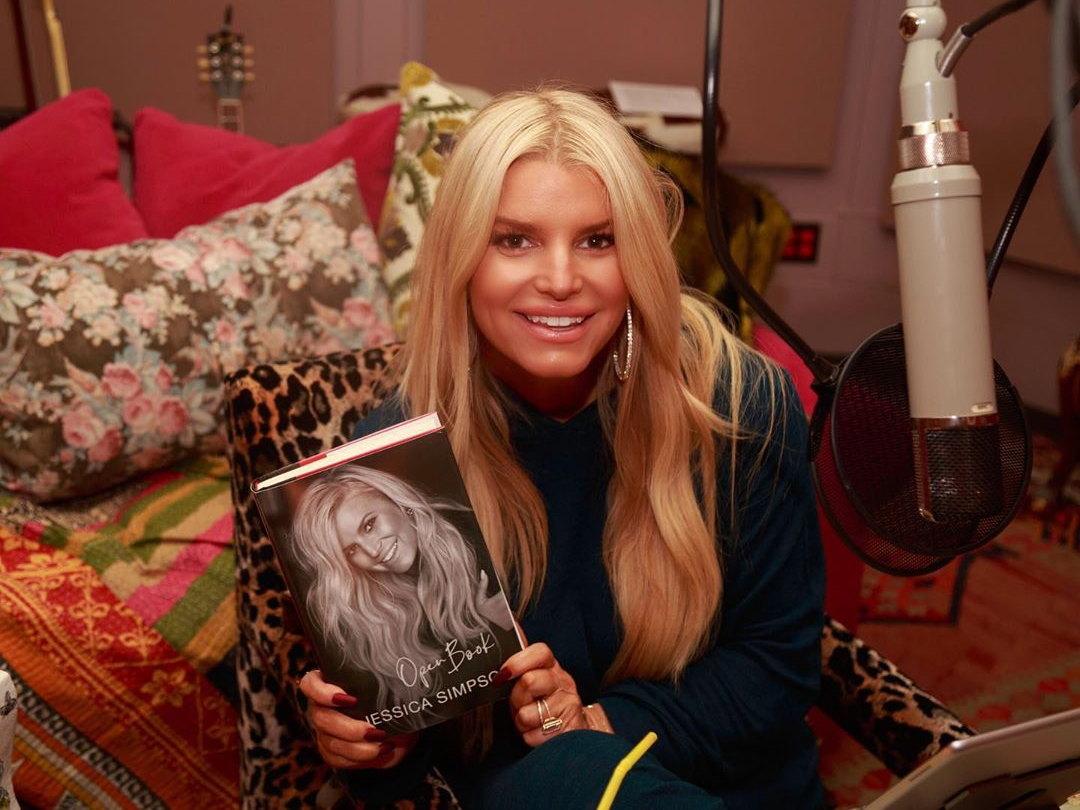 After sharing a kiss with Justin, Jessica says he immediately began typing on his phone.

When Jessica asked who he was speaking to, Justin explained that he was texting Ryan Gosling. Apparently, when they were young boys, they made a bet as to who would kiss Jessica first!

12. Jessica was almost a part of *The Mickey Mouse Club*! 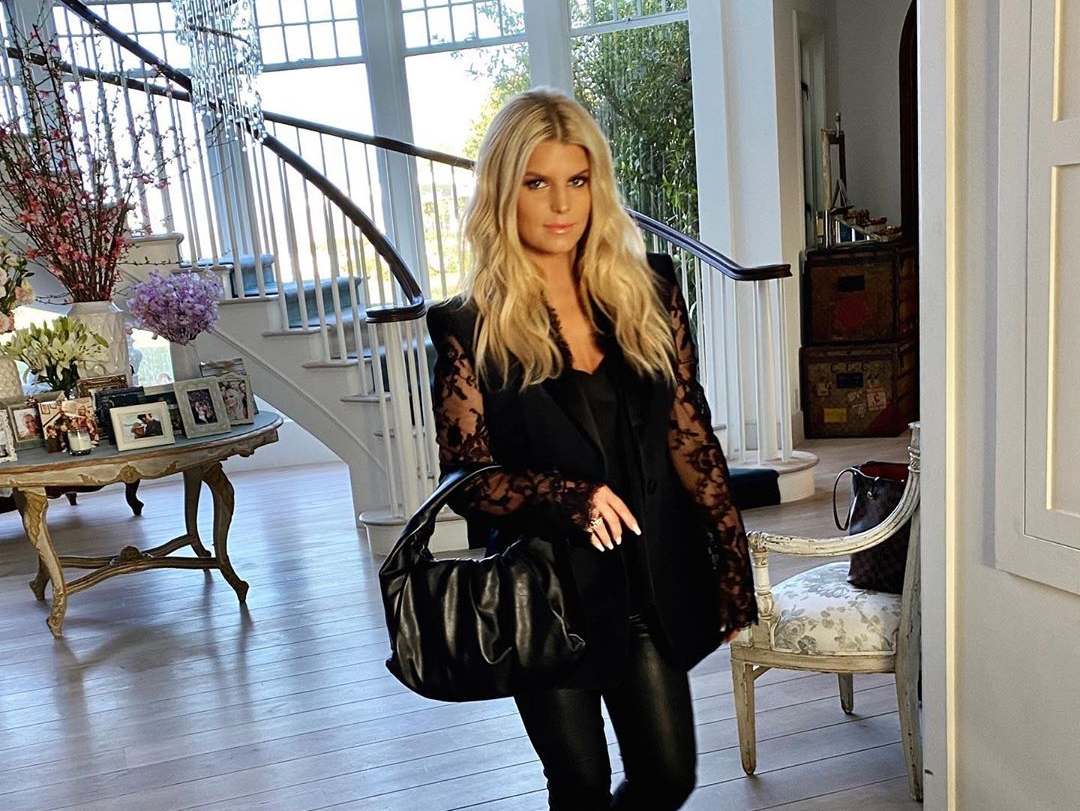 While speaking to Vanity Fair, Jessica revealed she was one of the final six young stars to audition for the club, the same year as fellow superstars Ryan Gosling, Christina Aguilera, Britney Spears, and Justin Timberlake.

However, her audition was right after Christina Aguilera's, and hearing her sing made Jessica too nervous.

"She sounded like Mariah Carey," Jessica recalled, saying that she "ended up drawing a blank, and obviously you can't do that on TV."

Jessica said it was incredible she'd gotten as far as she did, given her circumstances.

"I was coming from the church choir with a Polaroid," she explained. 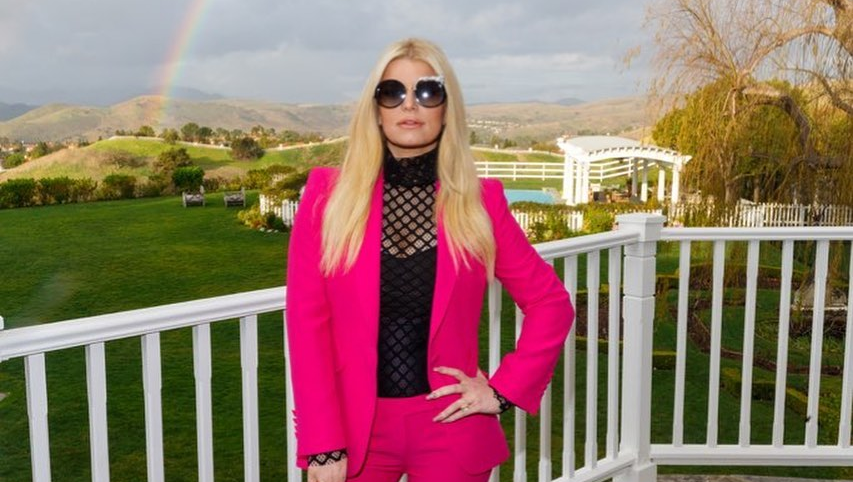 "I didn't come with headshots. I didn't do Off Broadway. I wasn't on Star Search. I wasn't doing all the things these other kids were doing. I was a preacher's daughter with a Polaroid," Jessica explained.

13. Her clothing line is hugely successful.

Jessica's fashion line, simply named after herself, brings in $1 billion annually in profit, which makes Jessica one of the few celebrities to really succeed in creating clothing that people want to wear for more reasons than just the name attached to it.

Jessica credits her clothing line's success to being aware that the average woman isn't a fashion model. 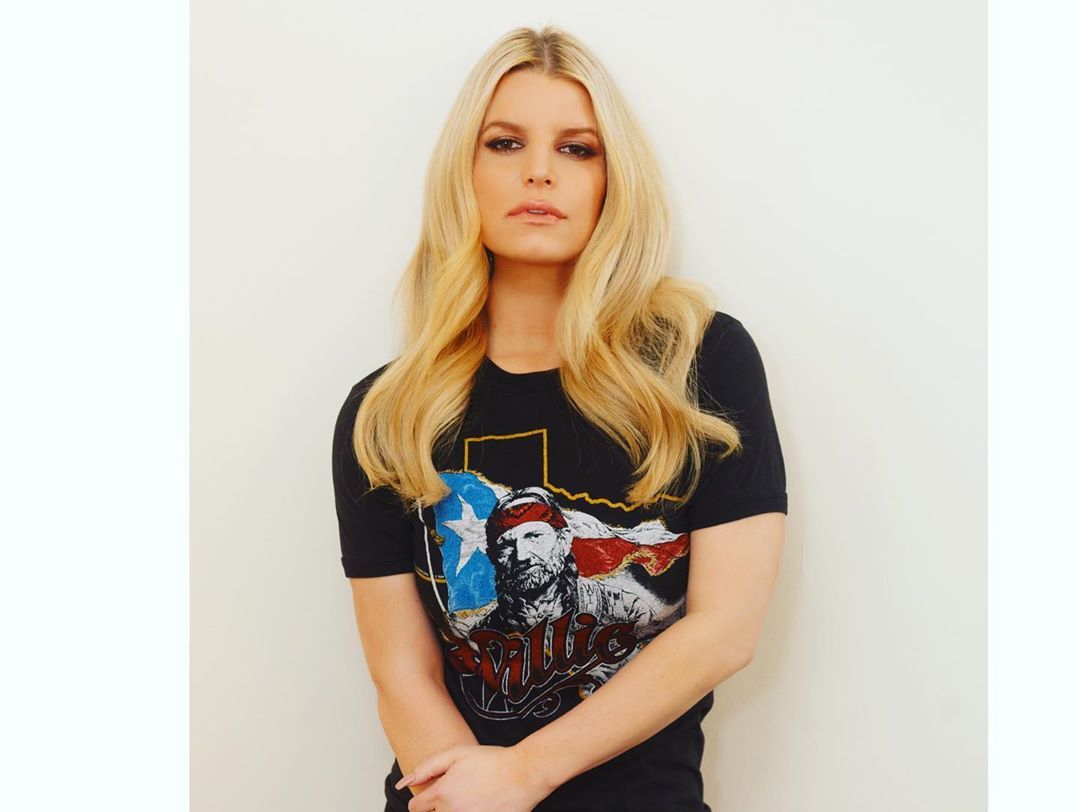 "I have been every size on the planet, and I understand—I feel like I understand women,” Jessica has said. “I know there’s all different kinds, you know. There’s life and a whole entire world beyond L.A. and New York. And I do understand the Middle America, and their mindset.”

14. Jessica's been incredibly open about her struggles with body dysmorphia. 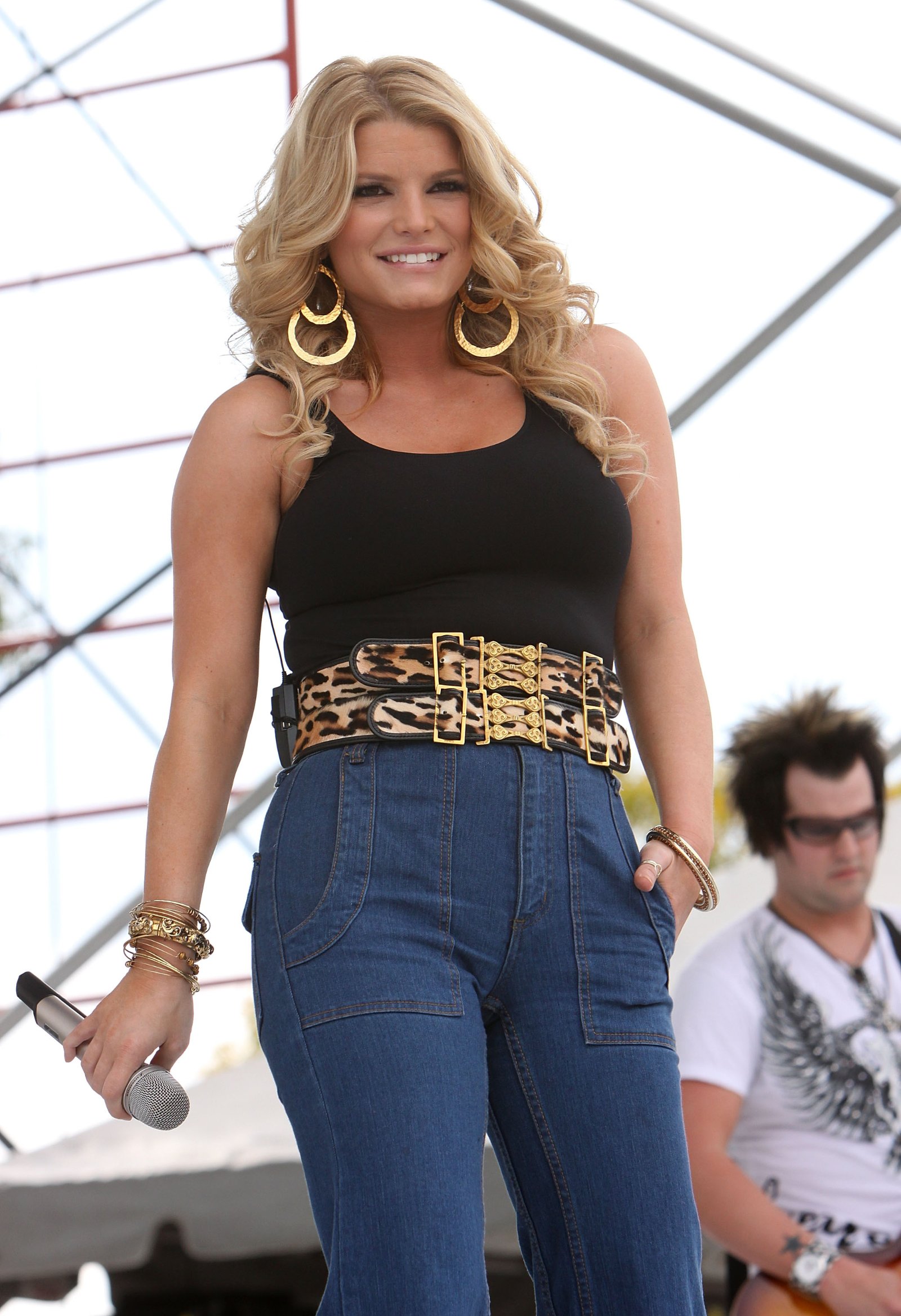 After these photos of her in high-waisted jeans went viral in 2009 (seriously, why?! She looked fantastic!), Jessica revealed she severely struggled with her self-image. “I was taken down by the world,” Jessica said.

Jessica said after that "a dysmorphia set in." 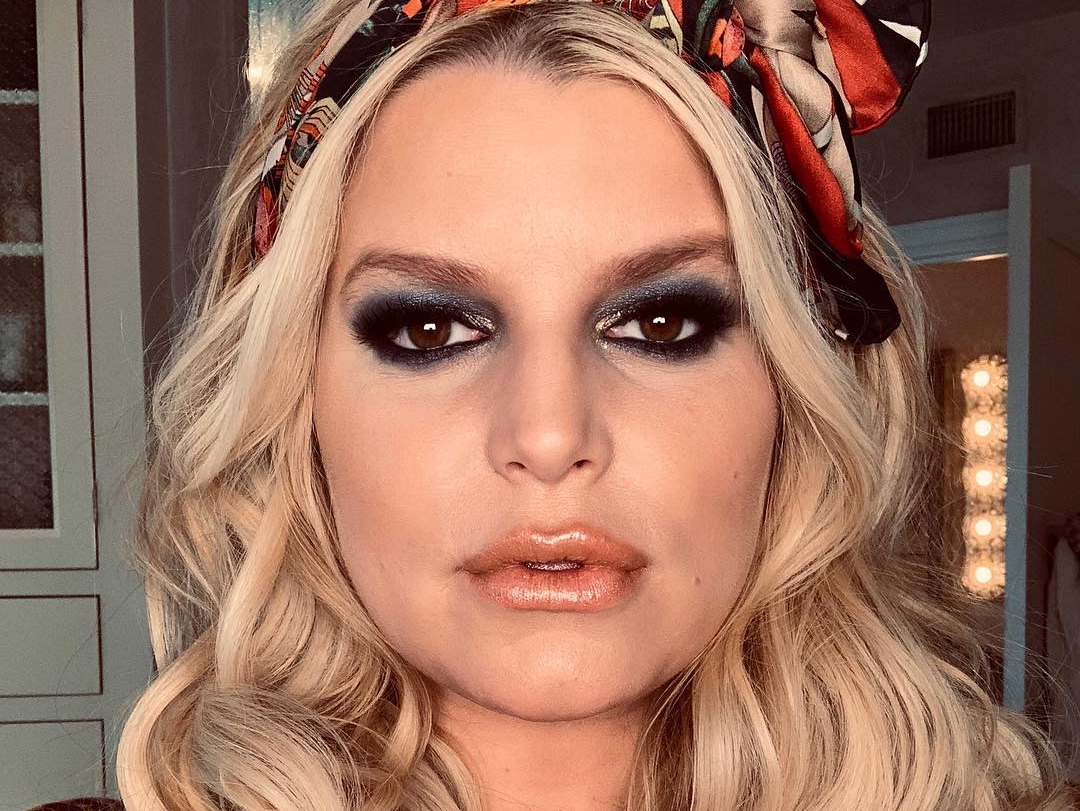 “I no longer trusted the mirror,” Jessica wrote in her memoir. “With every reflection, every single pane of glass I passed, I took myself in quickly to try to catch myself, to see what the world apparently saw.”

15. Her career started in church.

Jessica started her singing career in her church's choir, where she was eventually discovered and signed to a Christian music label to work on her debut album, Jessica.

It didn't quite work out. 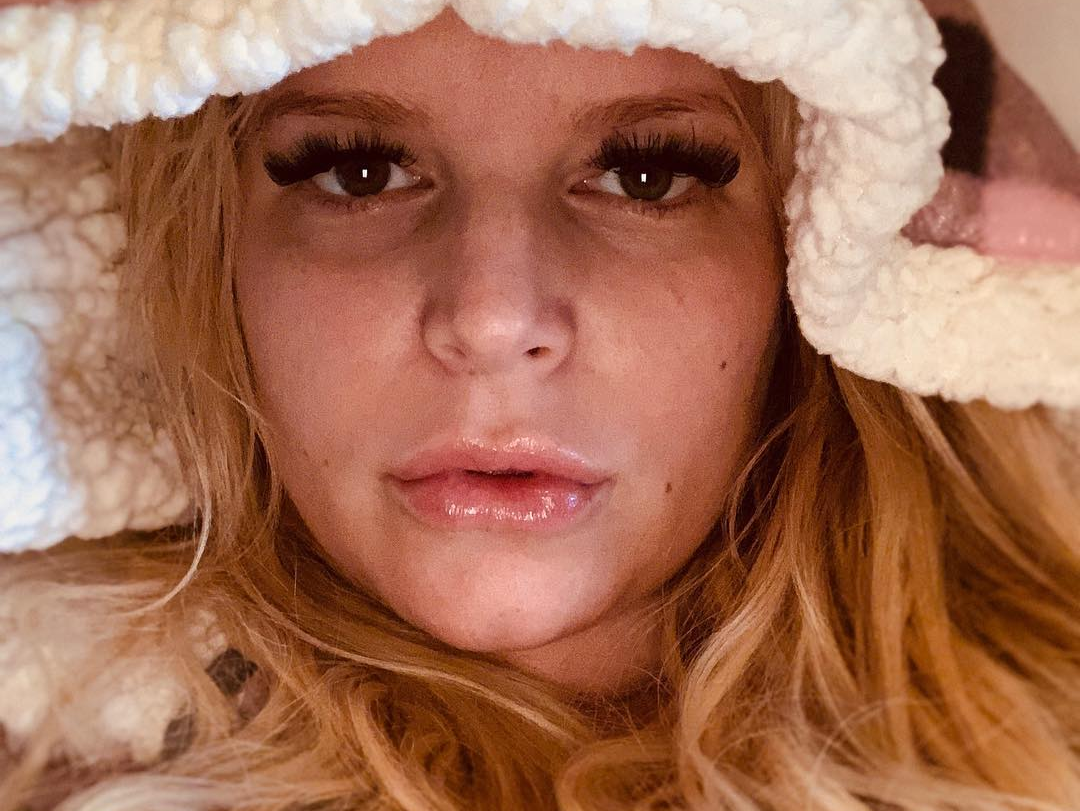 While she was initially touring to promote the record, her father later claimed that she had to stop touring because her body had developed too much and she no longer fit the image the label wanted.

16. Her wedding had a pretty notable wardrobe malfunction! 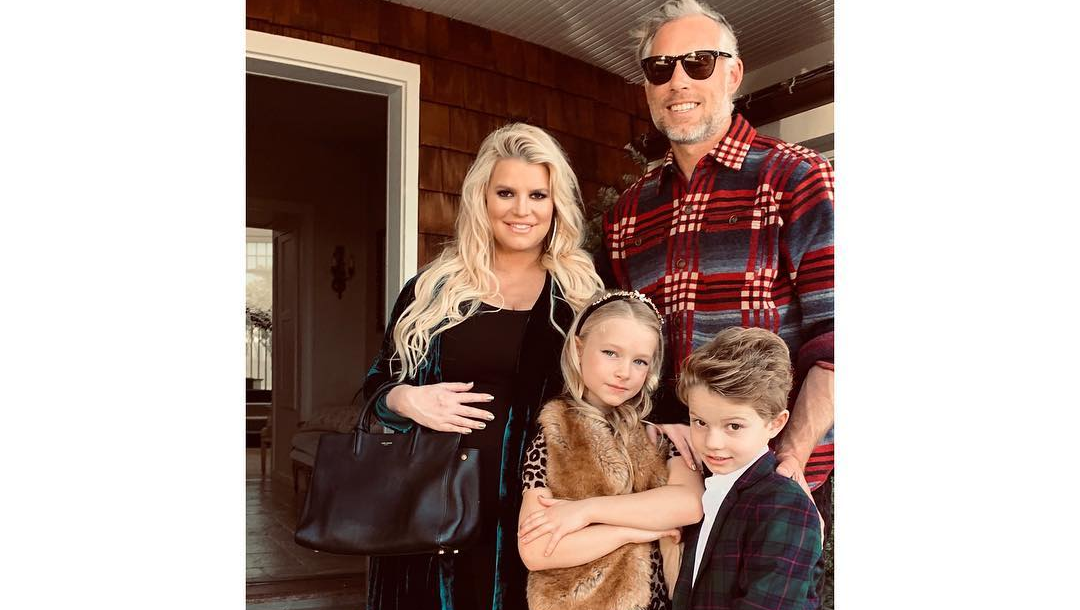 Not by her, though!

At her wedding to Eric Johnson, her husband leaned over to pick up their two children when probably the thing you want to happen least at your wedding happened.

“There was a look of uncertainty on [Eric's] face that he couldn’t hide," Jessica wrote in her book. 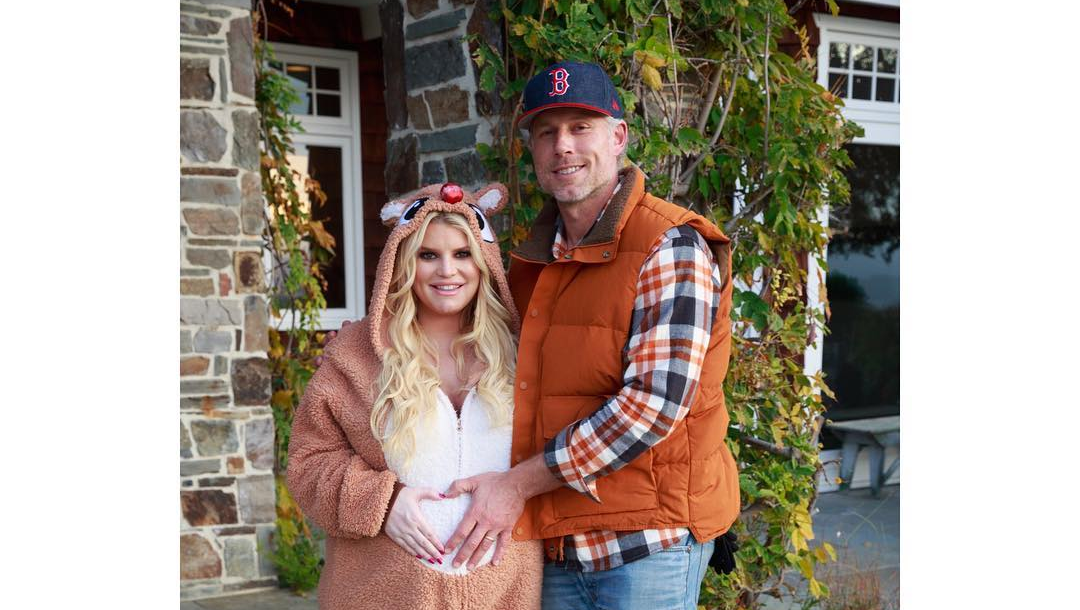 Jessica then said Eric whispered to her, “Babe. I split my pants completely when I grabbed Ace.”

Jessica added that “His tuxedo pants were split from his crotch to the top of his butt,” but luckily someone on hand was able to quickly fix the error.