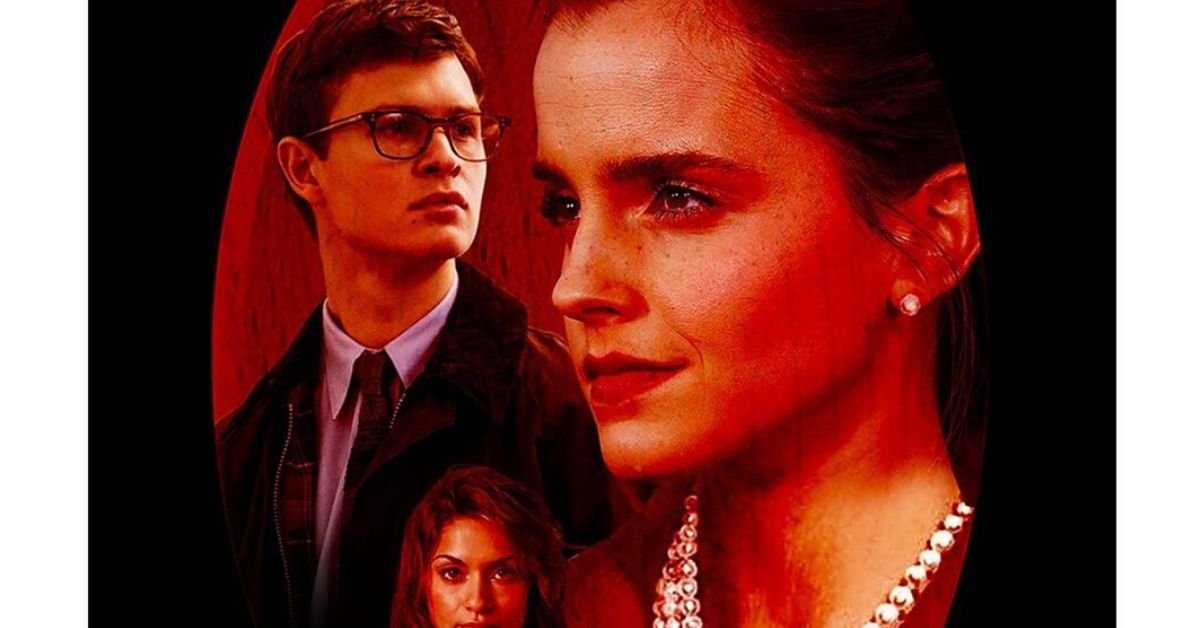 An Artist Turned Famous Brands Into Movie Posters With Celebrities

Who doesn't love a good crossover event? I know I sure do and this one, courtesy of @brandnamefilms, is nothing short of epic!

This incredible artist takes our favorite actors and combines them with some of our favorite brands, in order to create movie poster art like never before.

Make sure to pay special attention to the captions - they're hilarious! 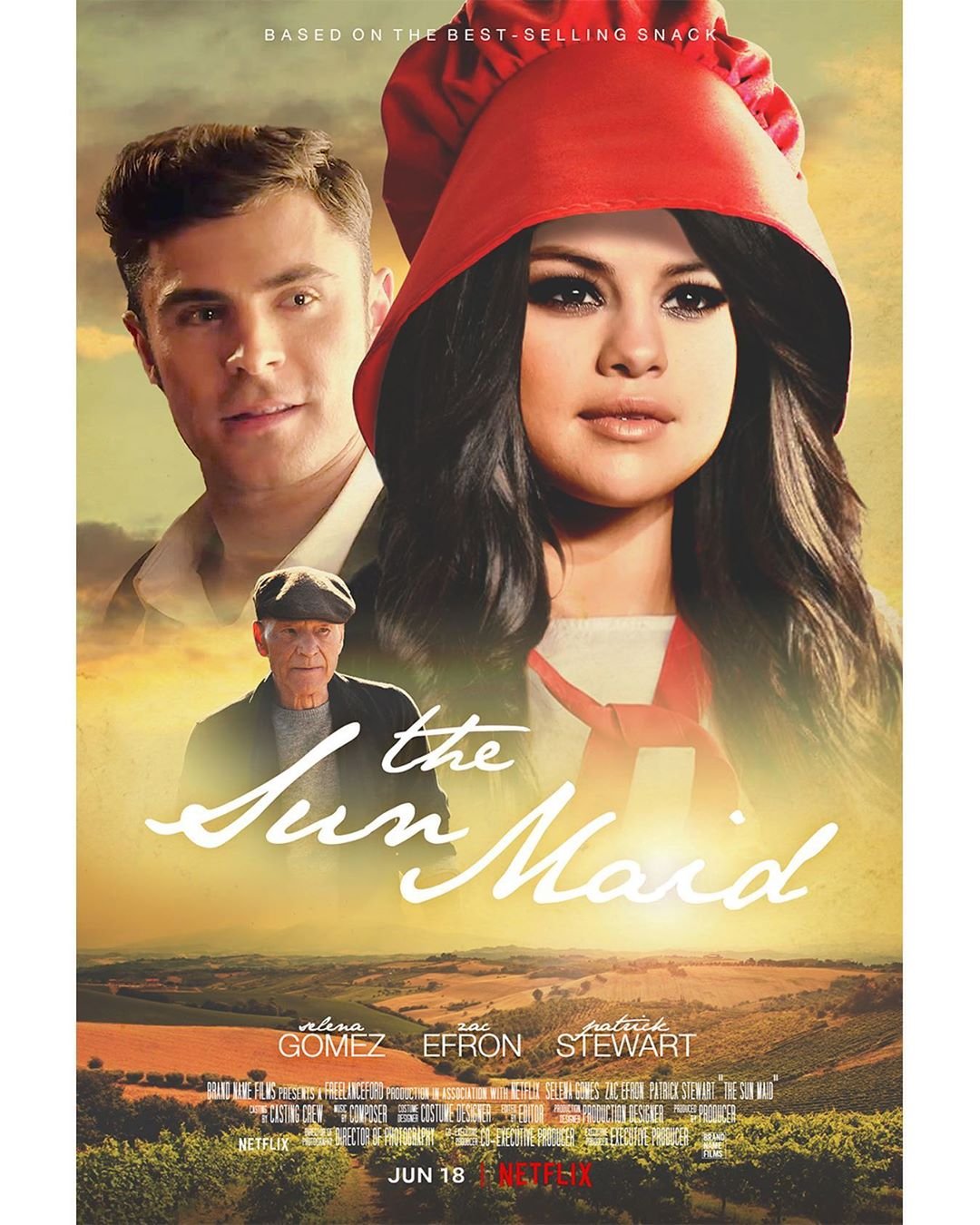 "The local playboy falls in love with the granddaughter of the town viticulturist. Uncertain of the young man’s true intentions, he warns his granddaughter that he may only be interested in her grapes." 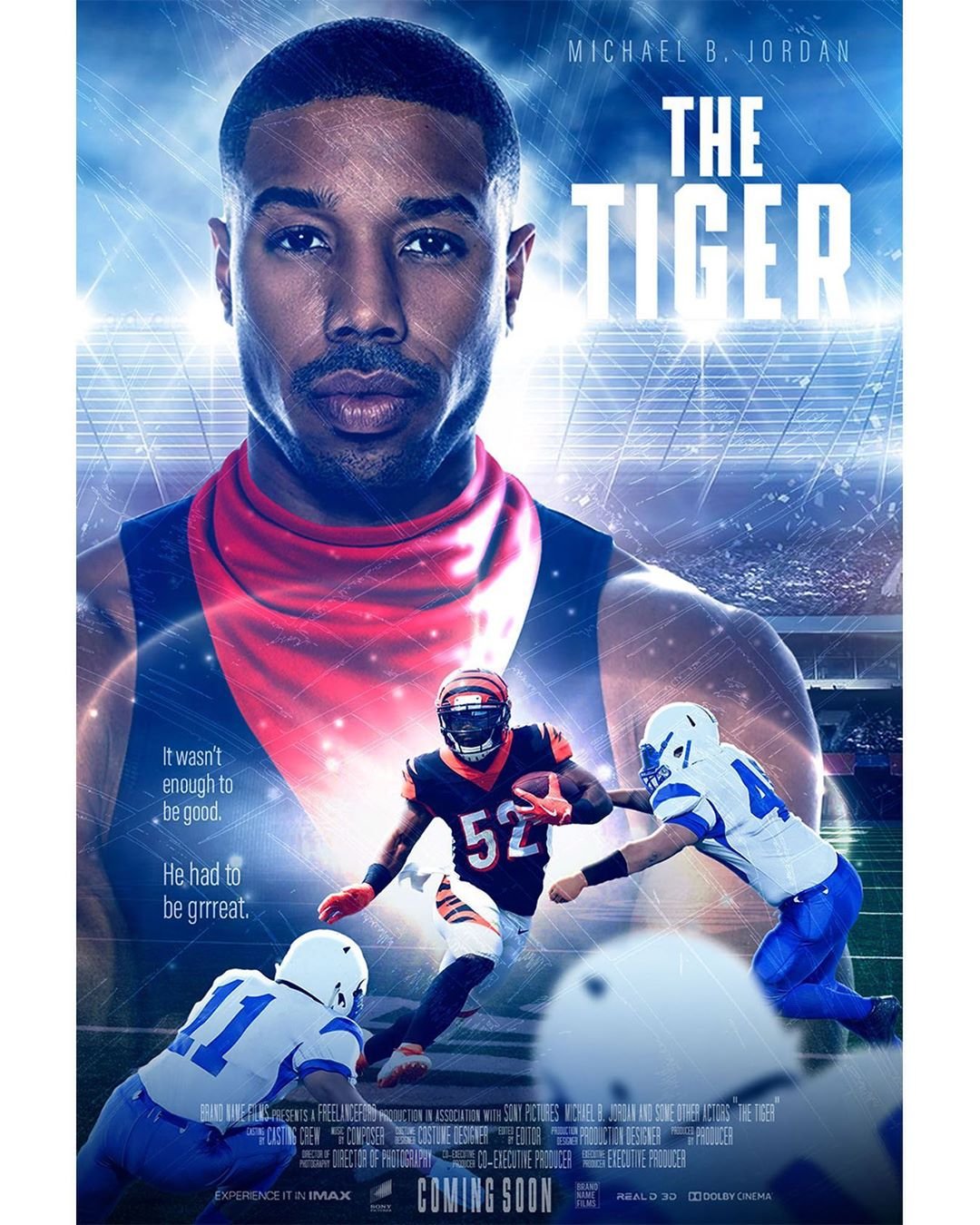 "Anthony Croft is a good football player, but to overcome the odds and accomplish his dream of playing in the NFL he’ll need to be grrrrreat."

3. Jake Gyllenhaal in *The Energizer*. 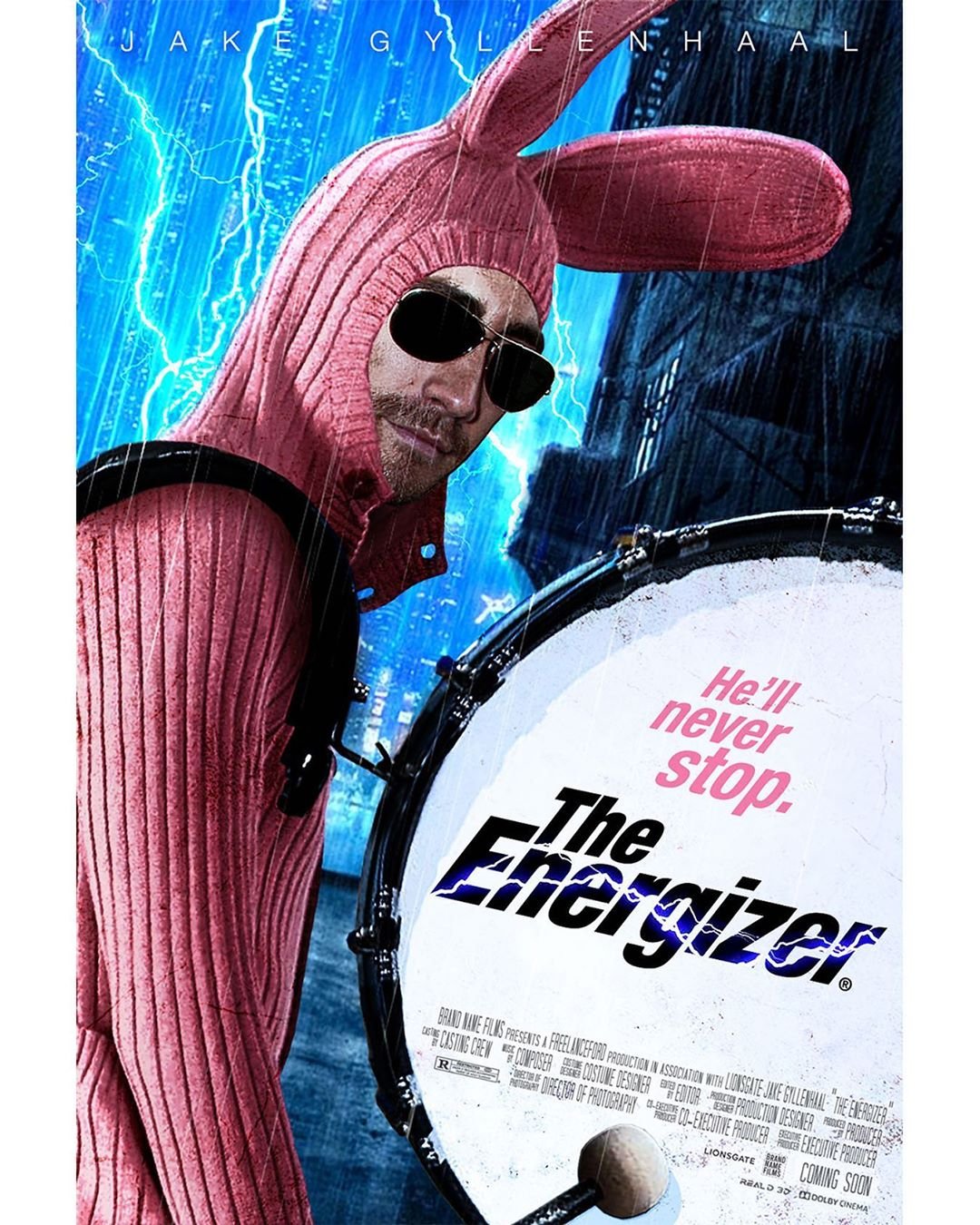 "To fight the onset of a nerve disorder, Pinky zapped his brain with electromagnetic energy, creating a sinister alter ego - The Energizer."

This is one of my favorites and easily the most clever.

It's a dual nod to both the Energizer Bunny and Donnie Darko! 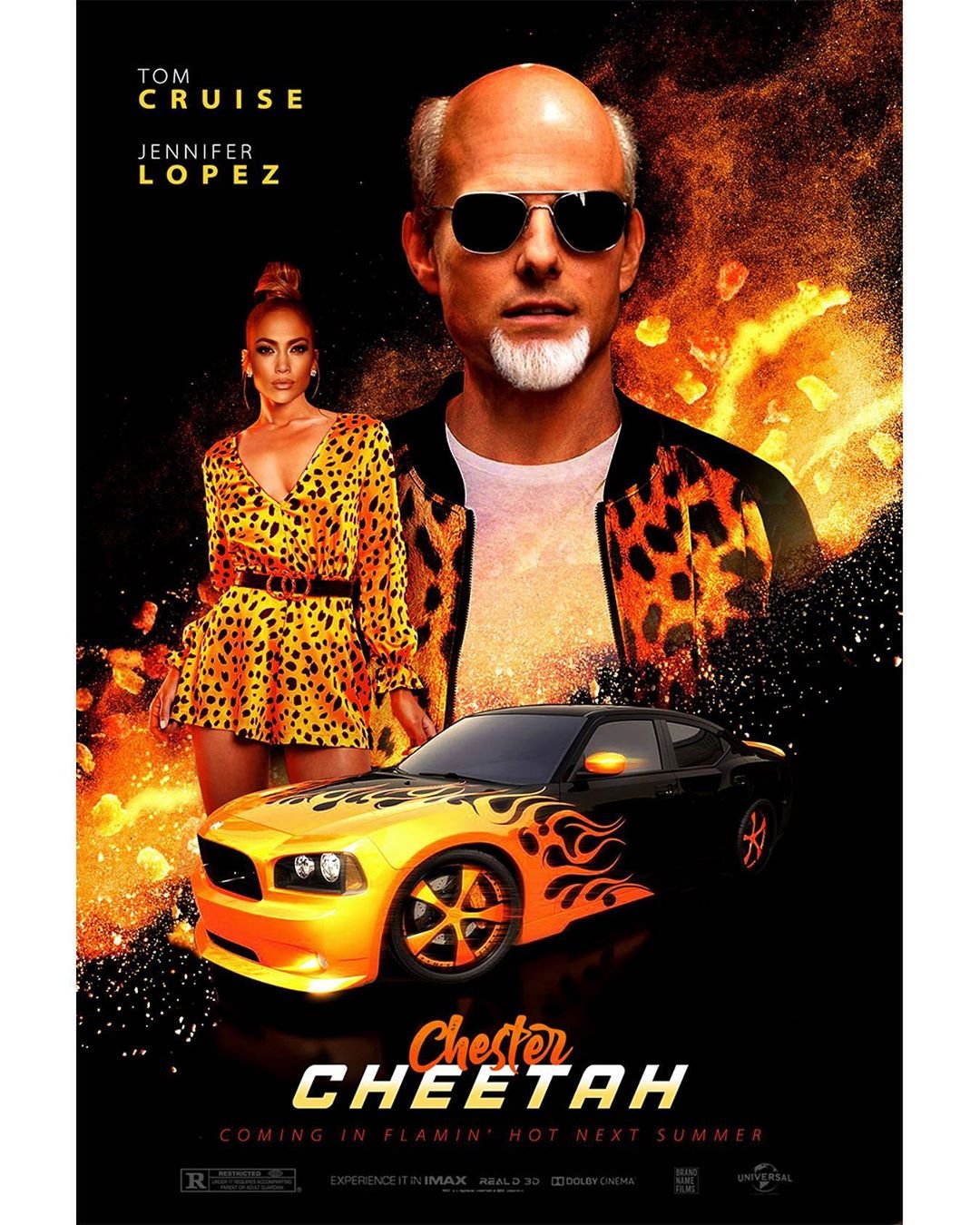 "A former getaway driver for the Big Cheese, Chester wants nothing more than to escape his checkered past. But when his father is murdered, he’ll stop at nothing to bring the killers to justice."

I'm a sucker for a good pun and this one is...dangerously cheesy.

Seriously though, that white goatee is hilarious and it just ties a ribbon on Tom's whole ensemble. 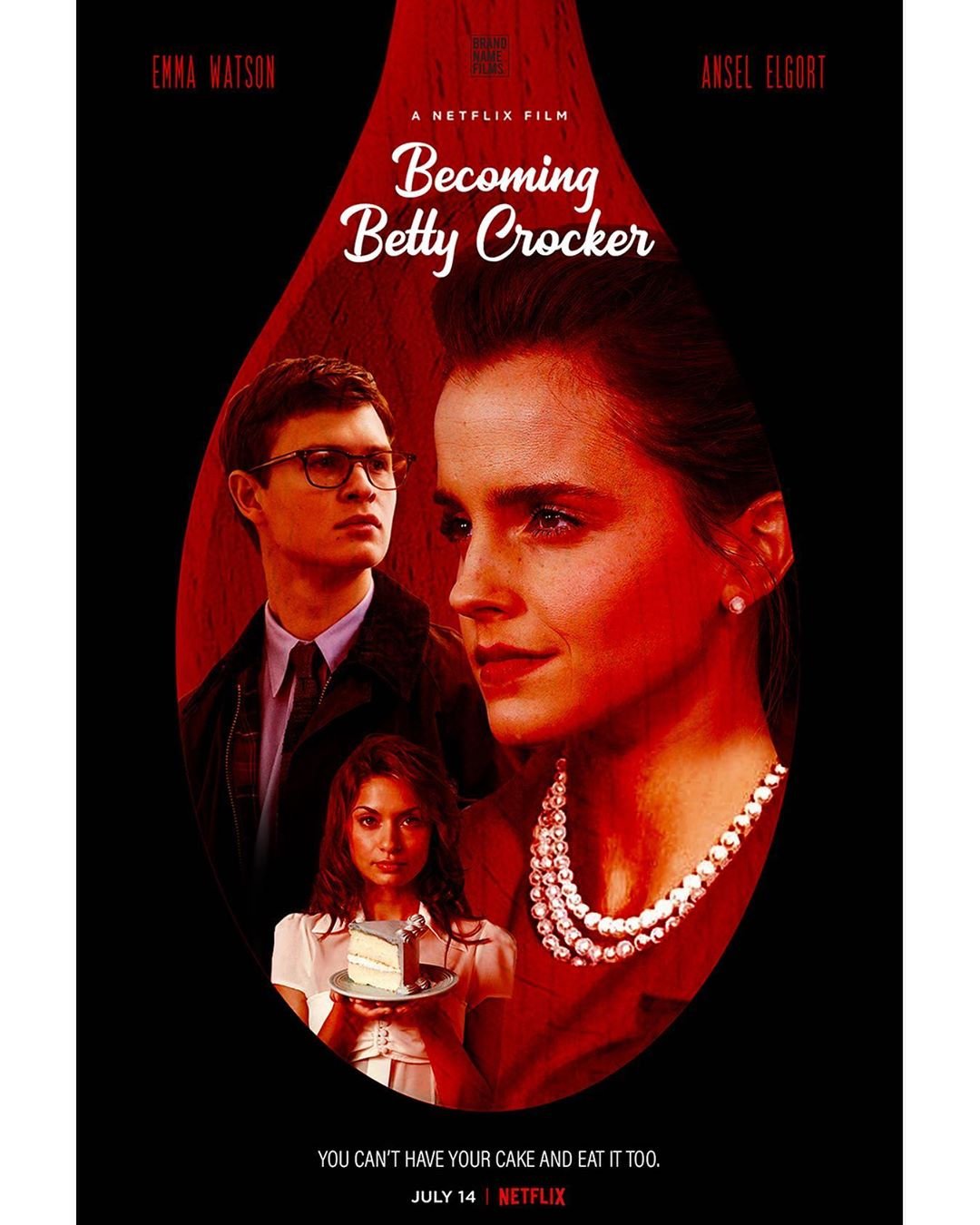 "A Russian spy stationed in a small Nebraska town, Betty Romanov falls in love with the local baker, Charles Crocker."

"She’ll have to choose between allegiance to her country or to become Betty Crocker."

This is truly such a good poster and an amazing cast. Hollywood, make the movie! 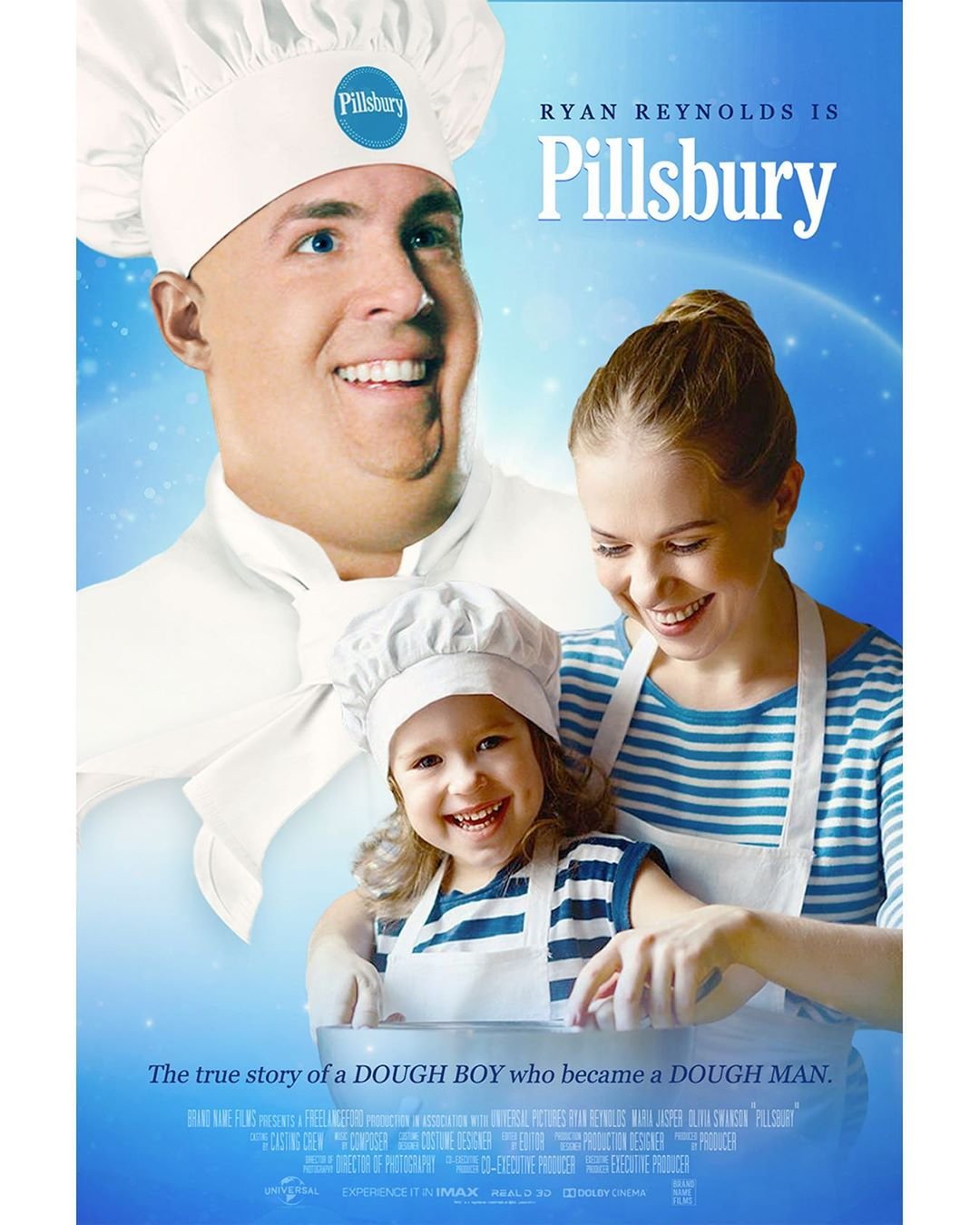 "This family comedy starring Ryan Reynolds is just what you’ve been kneading. Take a journey with the Pillsbury Dough Boy as he finds love, happiness and… himself."

Once again, a clever nod to Reynolds in Just Friends, while simultaneously staying true to the original marketing material of the Dough Boy. 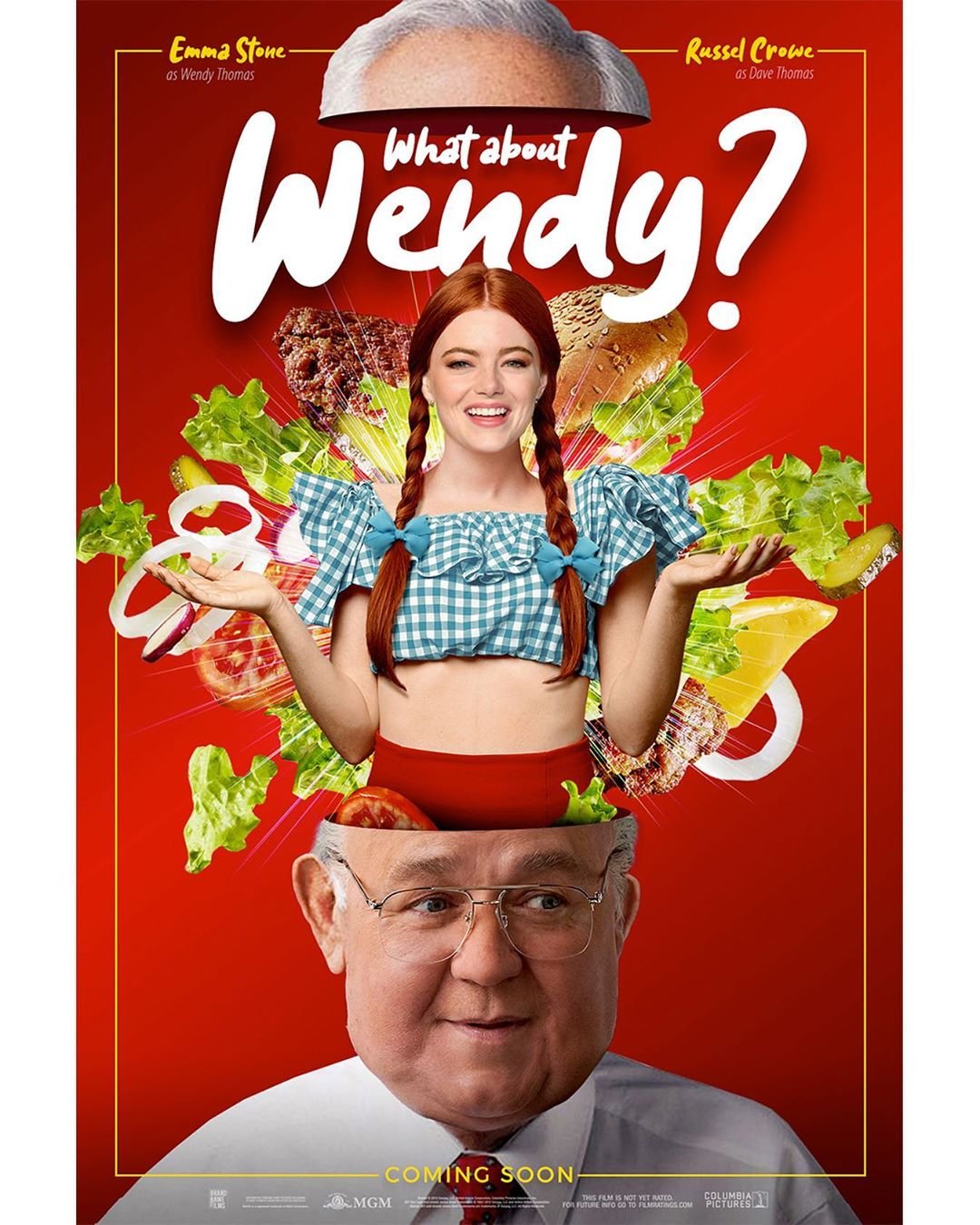 "The delightful true story of a father, a daughter and… square hamburgers? Experience the hilarious ups and downs of the fast-food industry in What About Wendy".

If Michael Keaton nearly won an Oscar for his work in The Founder, then Russell Crowe would have it in the bag should they ever choose to make a Dave Thomas biopic.

8. Adam Devine in *The Littlest Caesar*. 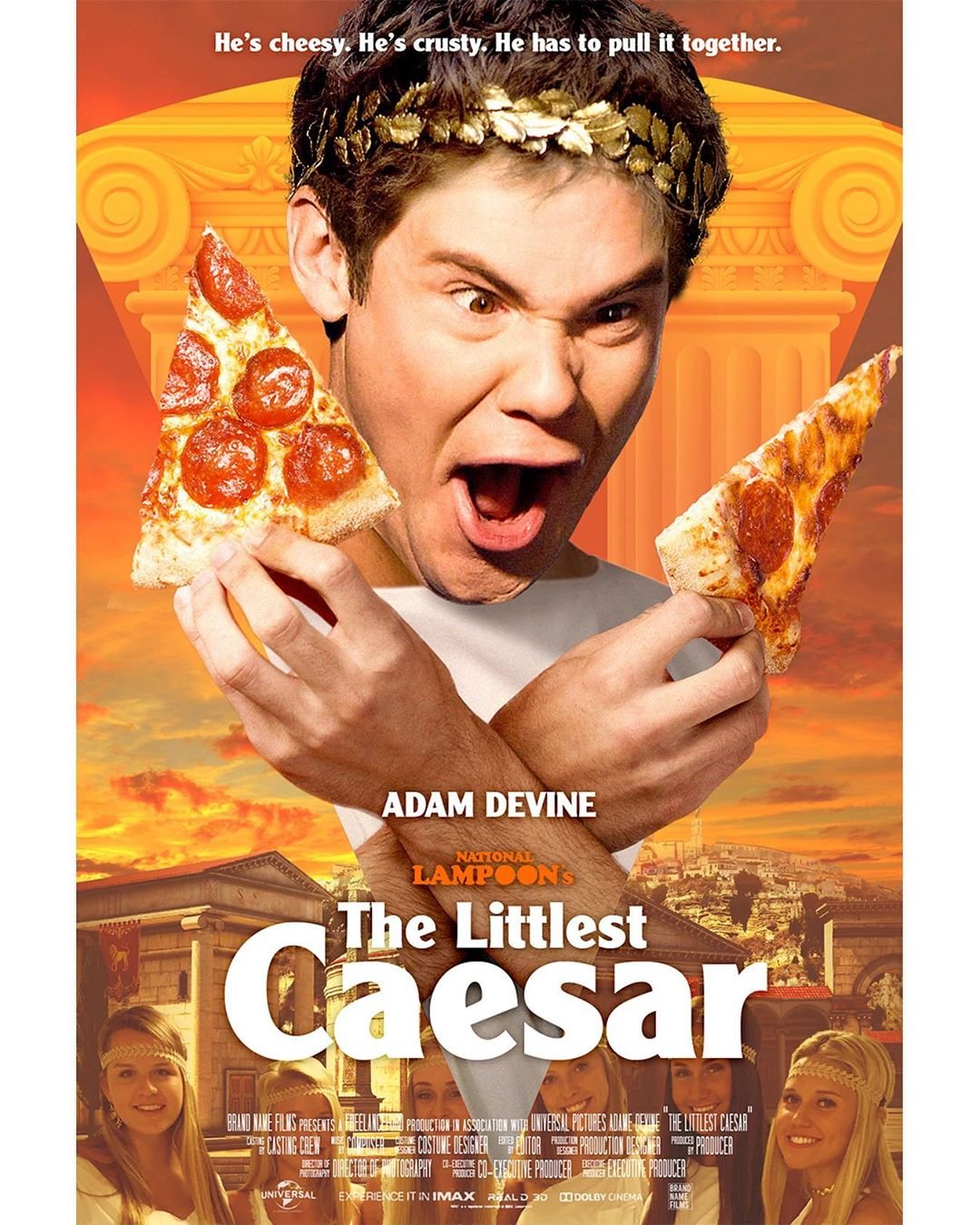 "This comedic coming-of-age story follows Augie just days after the death of his father, Julius. To save the family business he’ll need to give up his carefree lifestyle to... make pizza?"

The funny thing is that, hypothetically, this wouldn't even be Devine's most outlandish film.

In fact, I don't know if it would break the top 5.

9. Charlize Theron in *Salt In The Wound*. 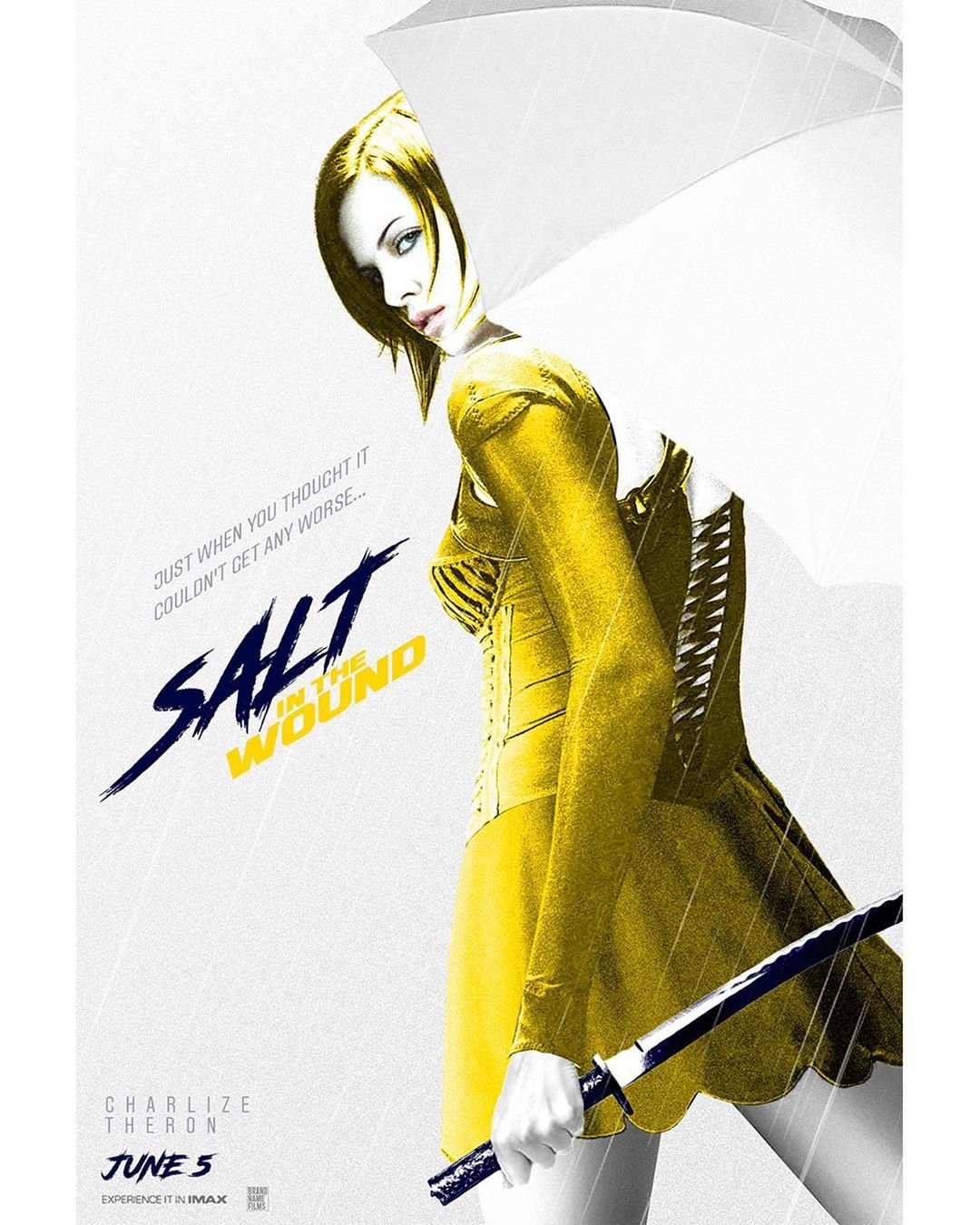 "In the year 2075, salt has been banned from consumption. With America now a wasteland, the last surviving member of the @mortonsalt empire embarks on a quest to inspire hope to those living in a world without flavor... and no one will stand in her way."

That is one crazy description.

This one's Ghost in the Shell, meets SALT, crossed with a little Kill Bill. I feel like this movie could come out in theaters tomorrow. 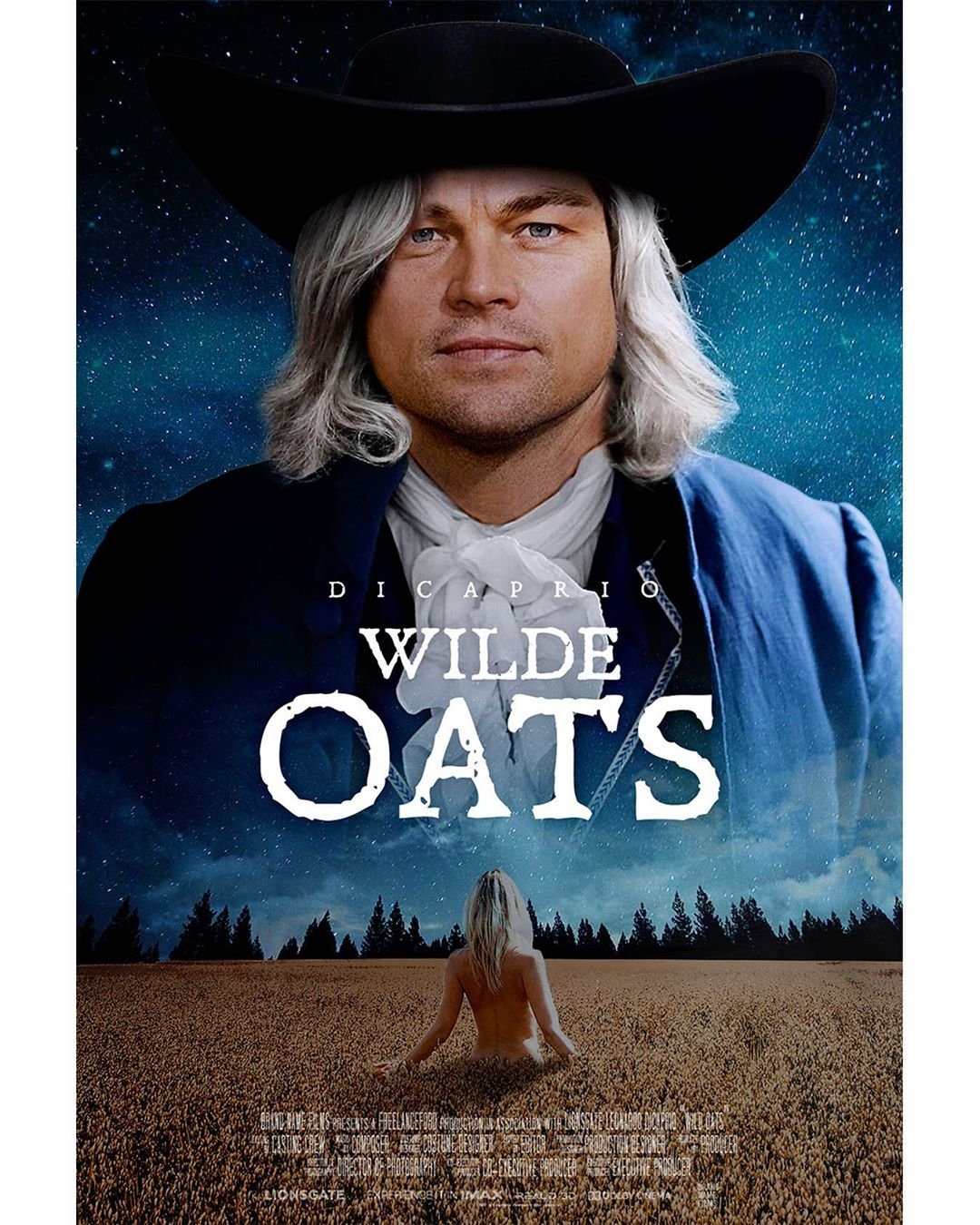 "A Quaker man’s faith is tested when a mysterious woman emerges from his oat field."

Very cheeky indeed! I love the innuendo and the fact that this very odd cross between The Revenant, Field of Dreams, and the Oatmeal box - is oddly calming. 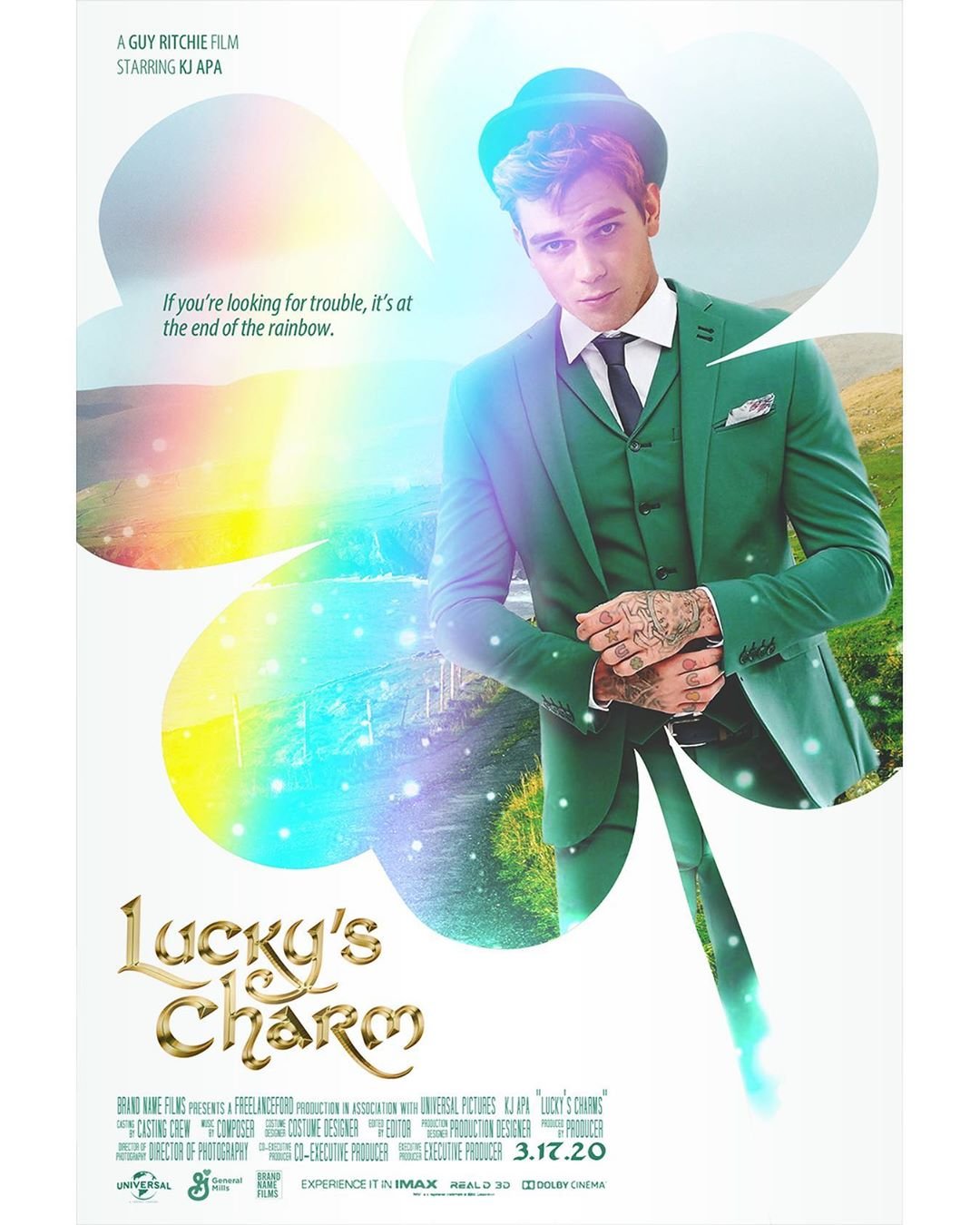 "Lucky Flanagan is a con man on the verge of securing the 8th and final magical amulet of the Rainbow Realm."

"The only problem? He’ll have to swindle the daughter of an Irish Mob boss to get it."

The fact that Guy Ritchie is attached just seals the deal on this one. 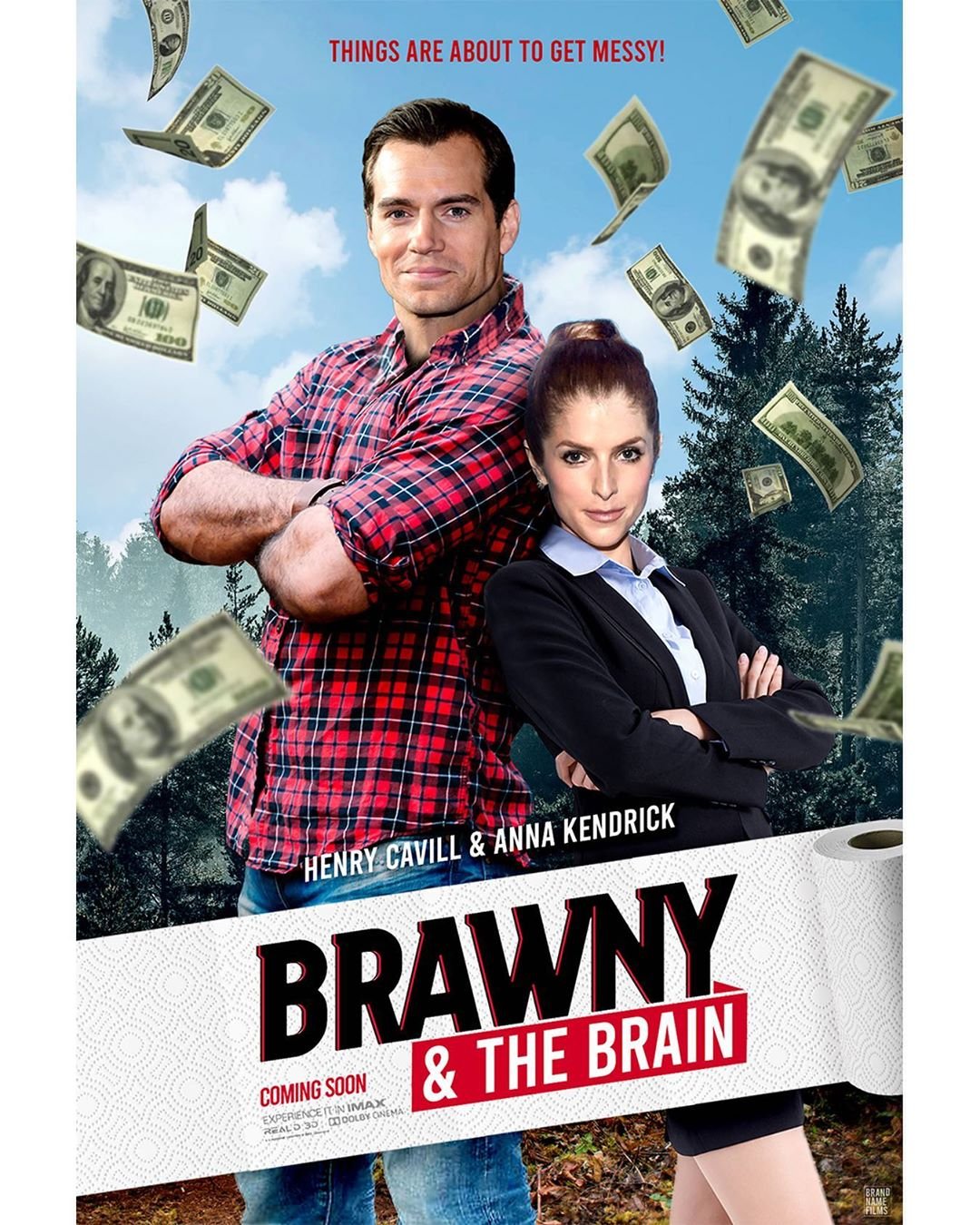 "Brad Brawny’s past includes mistakes in love and business, so when he gets a visit from Sidney Taylor, an IRS auditor, she’ll try to get him to follow federal tax laws and... his heart."

Is it just me, or do Anna Kendrick and Henry Cavill look really good together? Could this be a sign of on-screen chemistry to come? 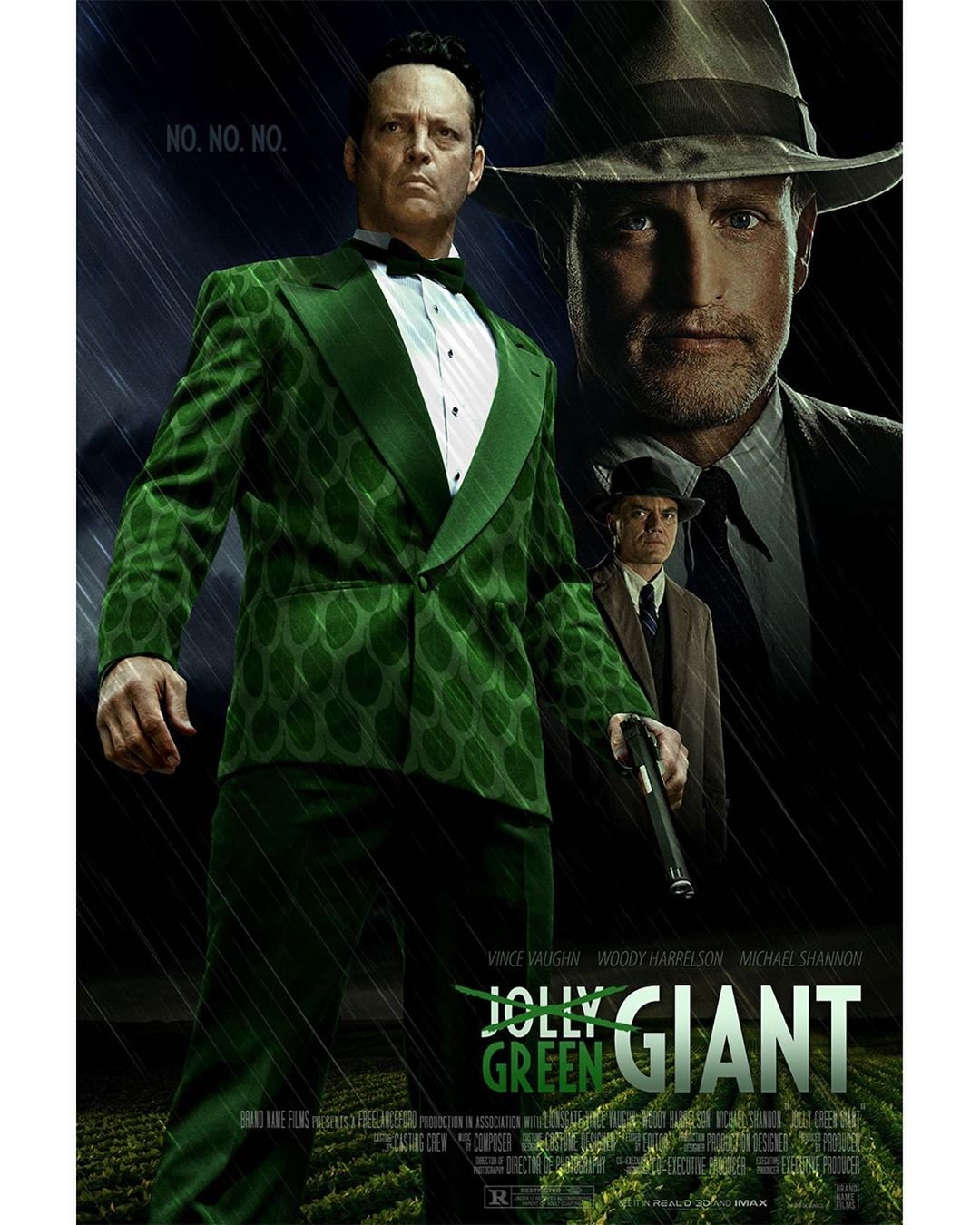 "He left the farm to become a Secret Service Agent, but when local thugs attempt to take his family's land, he’ll return home to make sure they don’t." 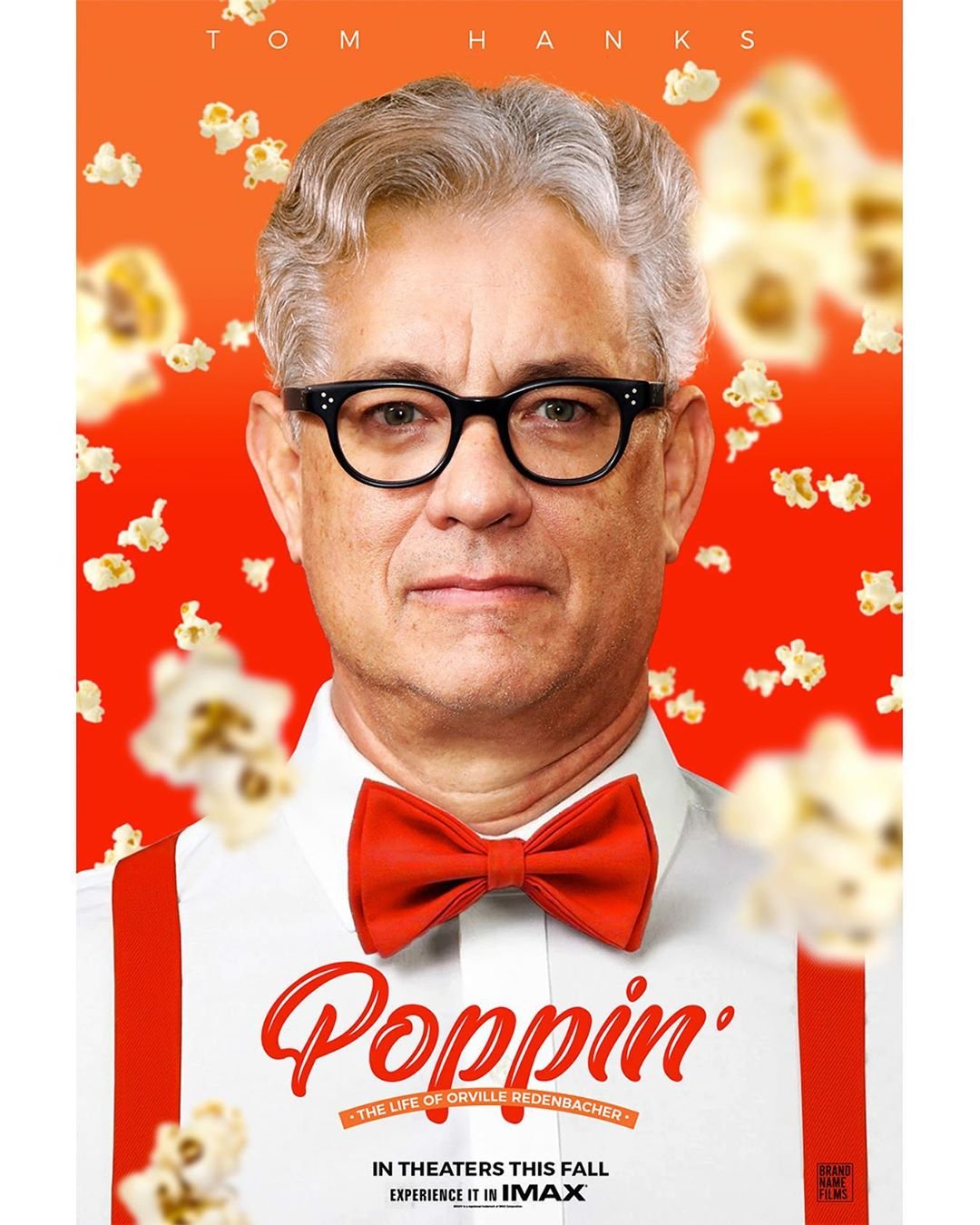 "The story of the life and career of the legendary agricultural visionary who all but single-handedly revolutionized the American popcorn industry. Starring @tomhanks as Orville Redenbacher."

Now I really want some popcorn...

15. Salma Hayek is trying to be the fruit queen in *Chiquita*. 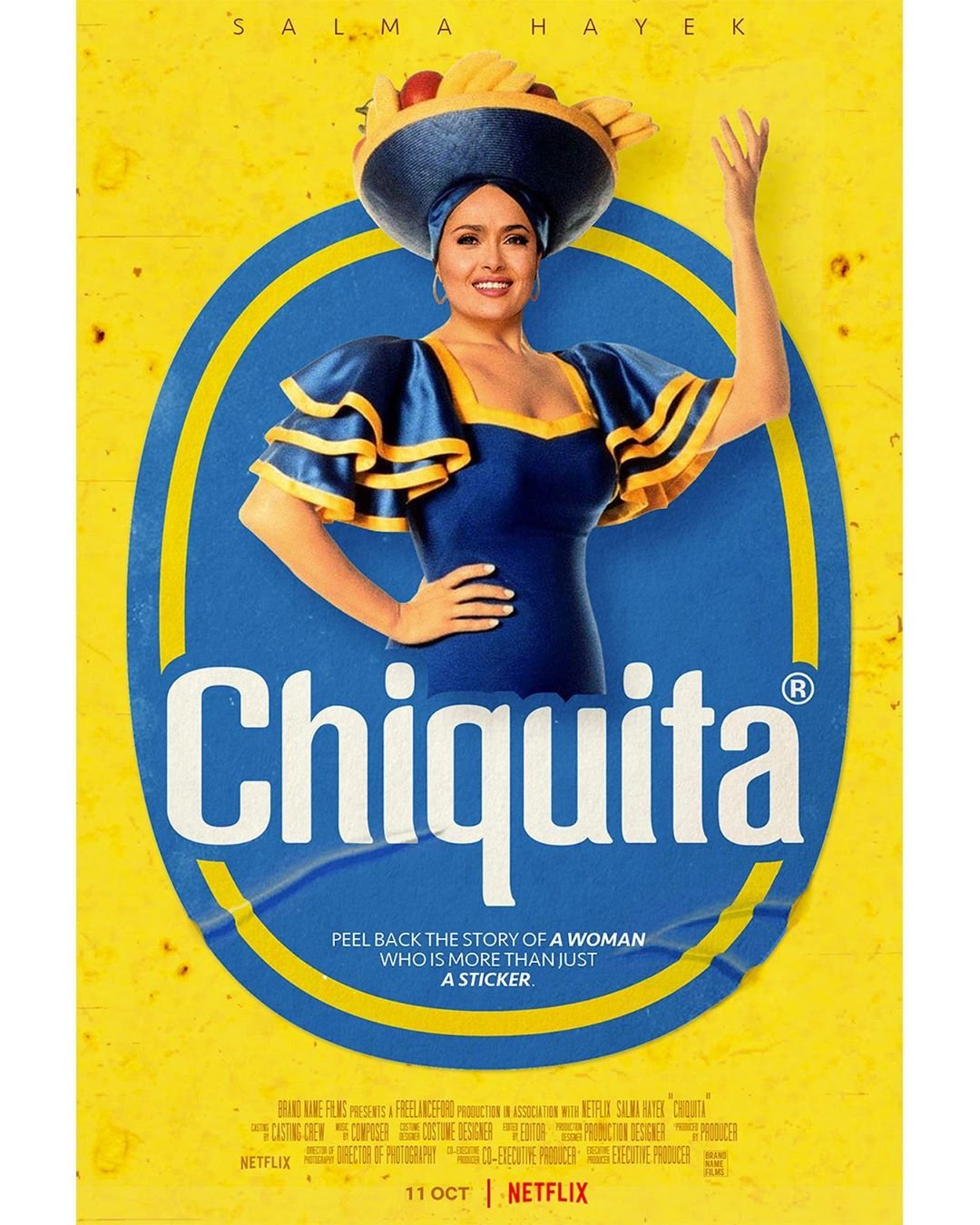 "After the death of her first husband, she marries an American hoping he will be her escape from the banana underworld."

"In time, her marriage disintegrates and she finds herself longing for the days of marketing exotic fruits."

"@salmahayek stars as Miss Chiquita in this biographical account of passion, pain and healthy snacking." 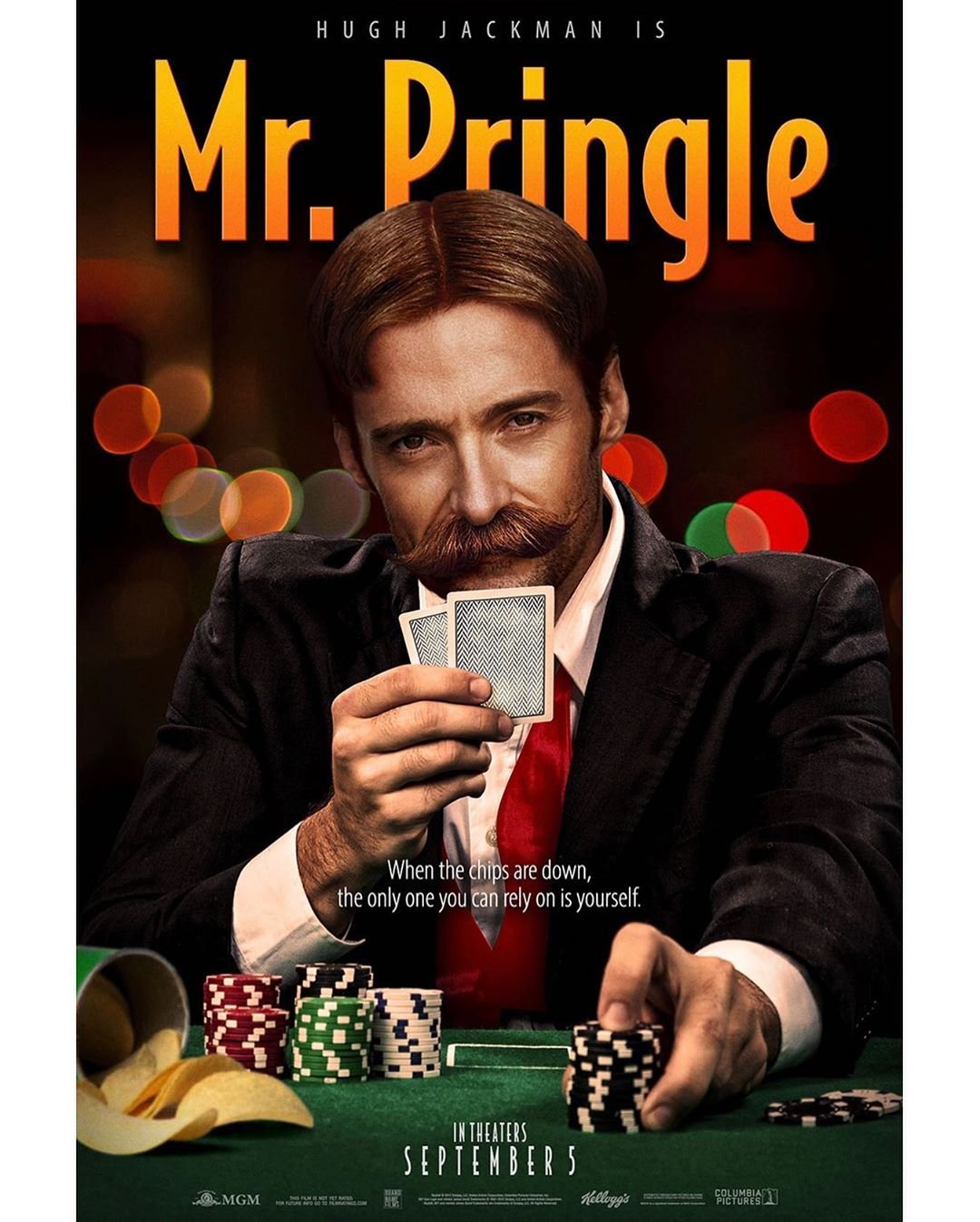 "When Julius Pringle gets down on his luck, he’ll have to risk everything, including his business, to get back to the top."

"But if there’s one thing he’s good at, it’s turning stacks of chips into money."

So clearly Hugh Jackman just needs to always be rocking a thick, old-timey mustache - am I right? 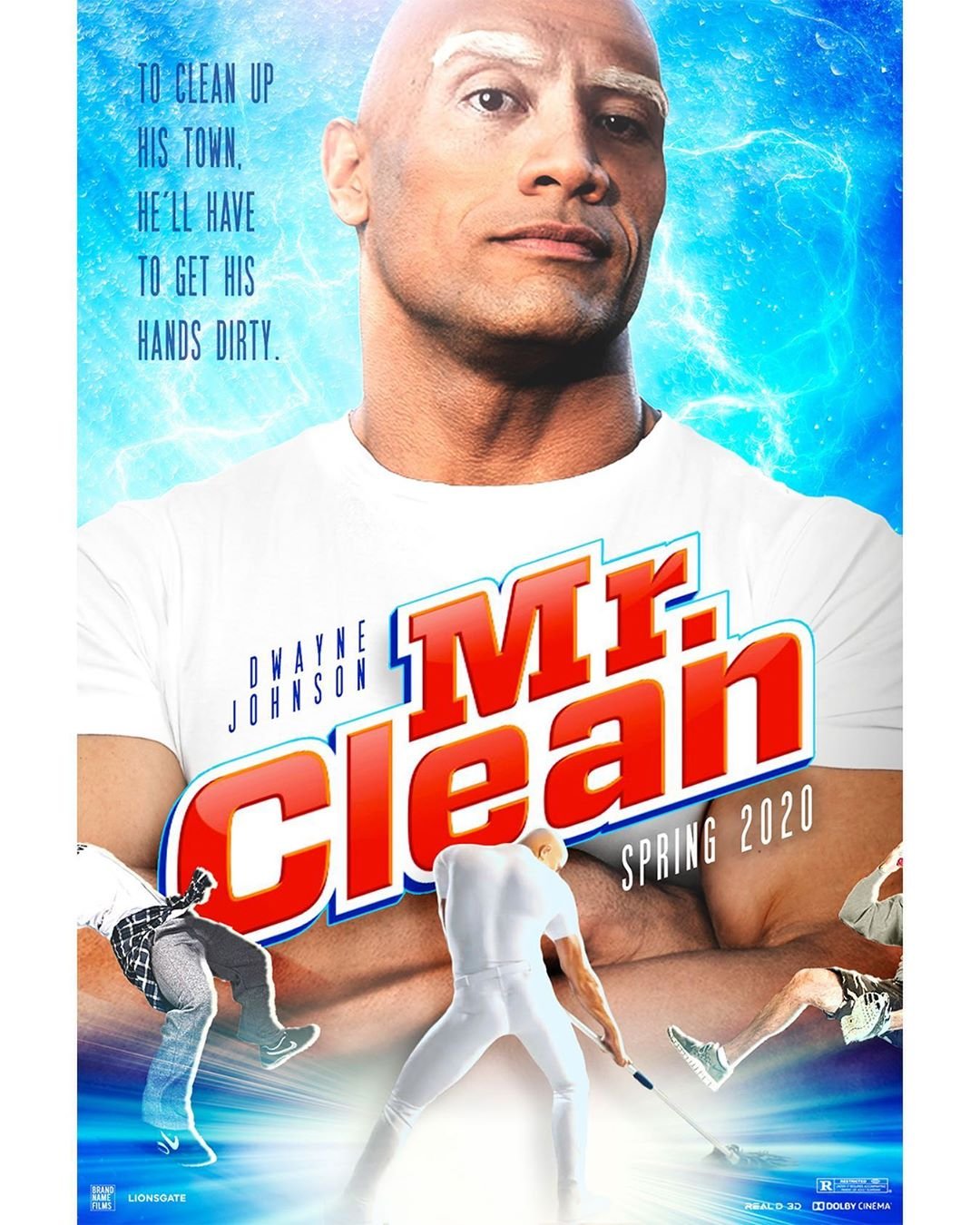 "Sanitation Engineer, Veritably Clean, is fed up with the crime and corruption that have overrun his town. He’s given no other choice than to clean house."

Can you smell what The Rock's cleaning?

Which poster is your favorite?

Also, be sure to check out all of @brandnamefilms' incredible posters on Instagram.