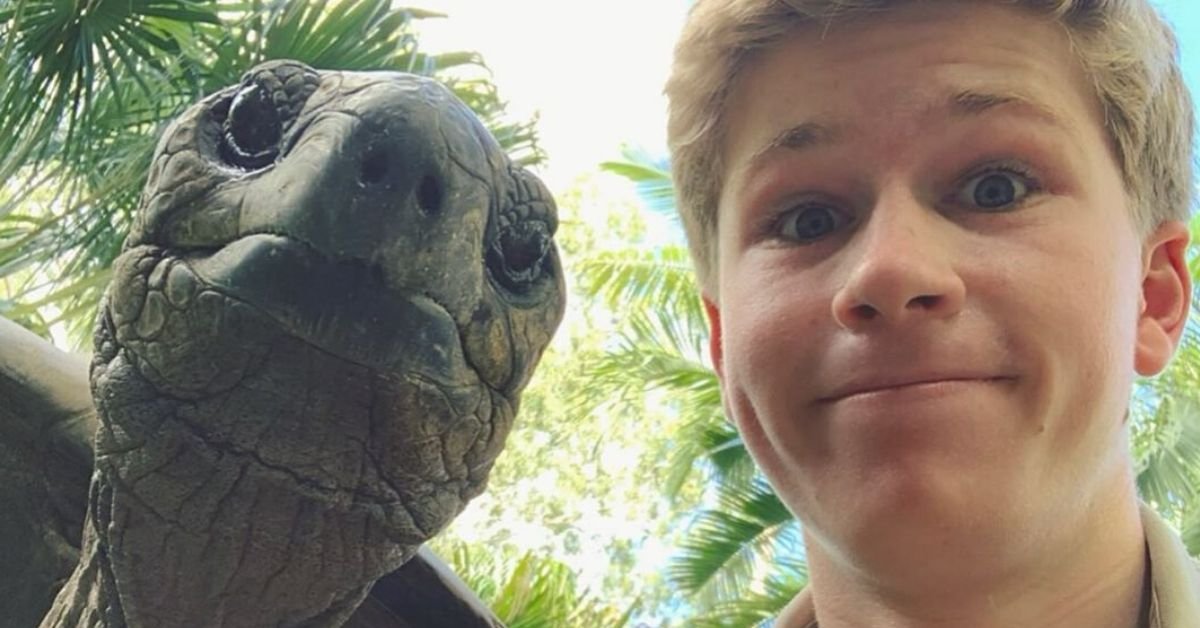 Robert Irwin just posted a hilarious video of himself on the hunt for an endangered species and we are getting serious Steve Irwin vibez.

By now, you've probably heard all about Robert Irwin. 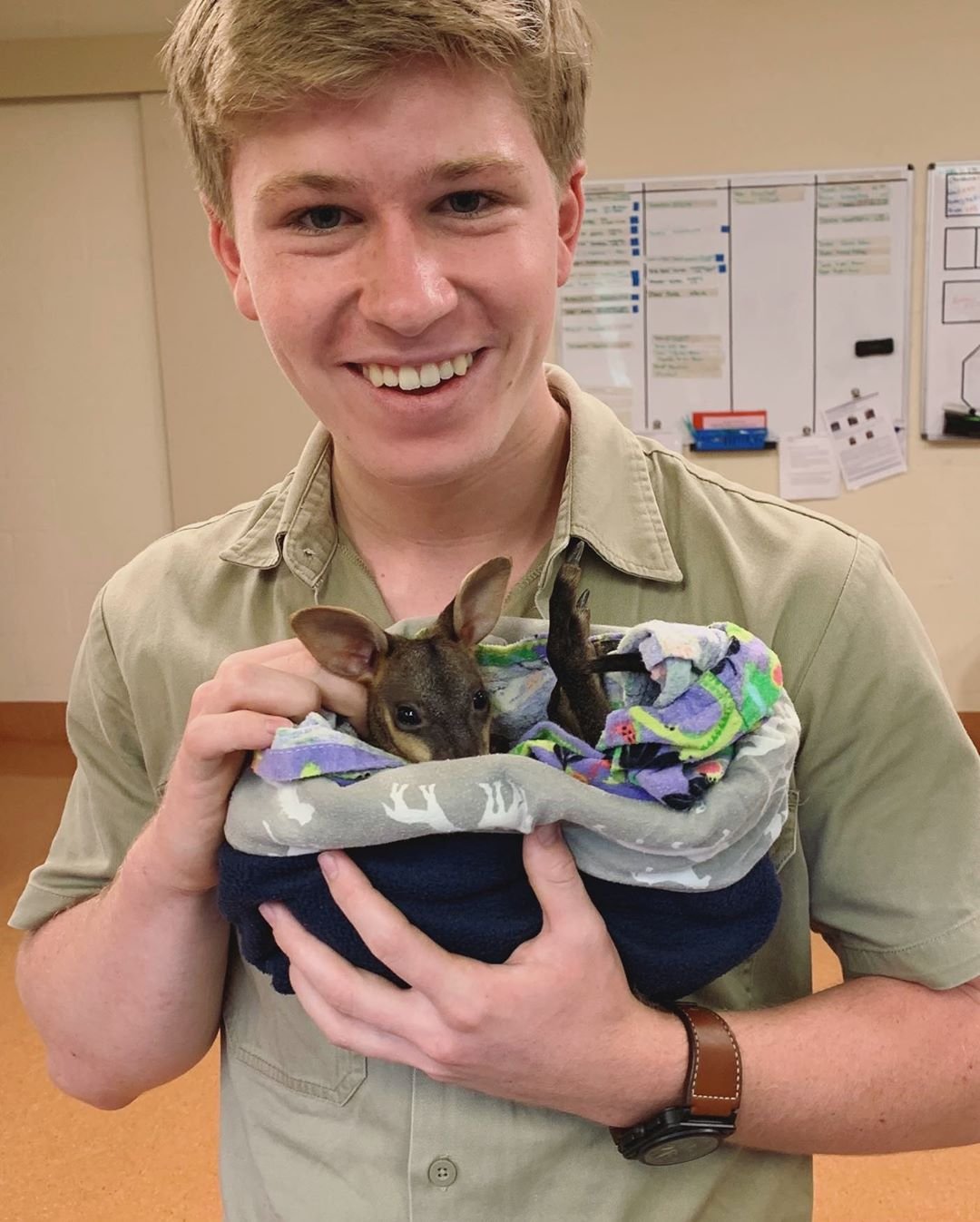 He, along with his sister, Bindi, are the children of the late Steve Irwin.

The Crocodile Hunter was a beloved figure, known universally for his love for animals.

Sadly, his tragic death in 2006 had to do with just that. 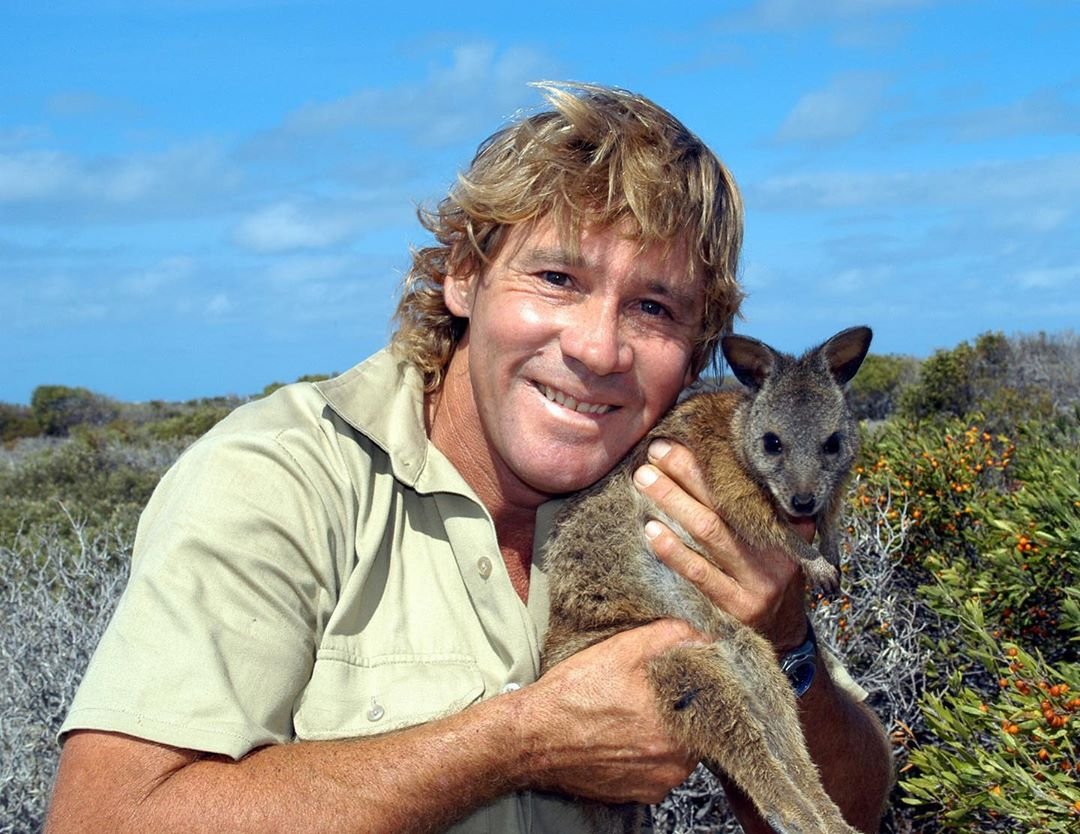 He was off the coast of Australia when his heart was pierced by a stingray.

When this happened, Bindi was eight and Robert was two. He also left behind his wife, Terri.

Over the years, the family has done everything they can to keep Steve's legacy alive.

Together, they run the Australia Zoo in Buderim.

They've also dipped their toes in the entertainment world, just as Steve did when he was alive.

For example, they have their own reality show called 'Crikey! It's the Irwins.'

This is in addition to the several TV appearances they make as a family to show off amazing wildlife.

In case you haven't fully grasped the family's love for animals yet, maybe these unseen photos will do the trick.

Mom Terri posted a bunch of them for Robert's 16th birthday, which took place this past December.

You better have some tissues nearby because these photos seriously tug at the heartstrings.

In this picture, Robert is holding Jenny, a snake that he's known for 16 years.

This is similar to Steve who also grew up in a zoo and got to connect with animals at a young age.

Speaking of father-son similarities, Robert recently made a video that proves he's exactly like his dad.

Aka wild and goofy!

In the video shared on April 1, he goes on a hunt for an endangered species.

What is it, you ask? Well, toilet paper, of course! 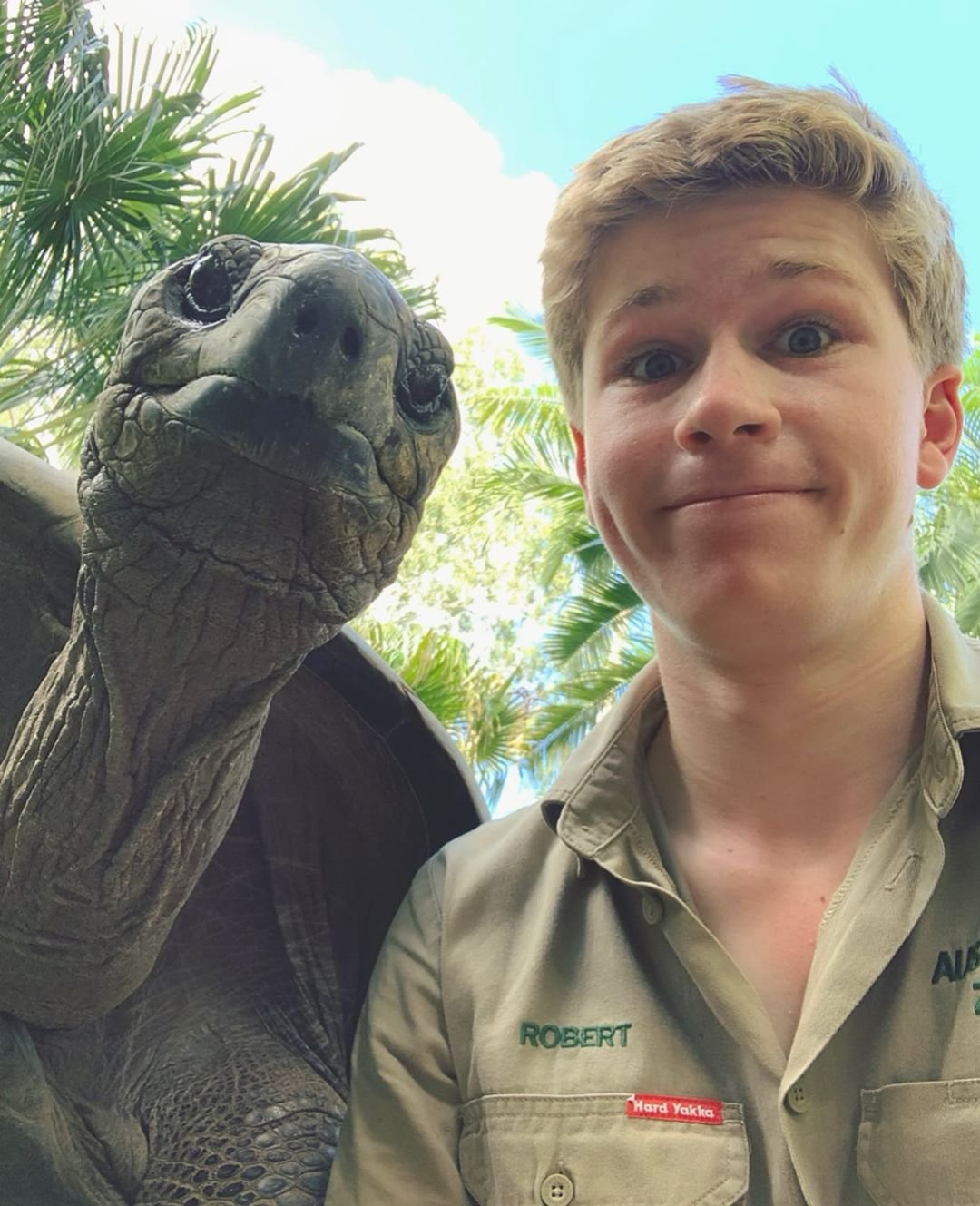 There's been a major shortage of it in the world ever since the coronavirus pandemic started.

"The Ultimate Quest. An incredible expedition searching for one of the most illusive and endangered species on the planet. I can’t believe we finally found it!" Robert captioned the hilarious video.

"I'm here in the natural habitat of a critically endangered species," Irwin begins. 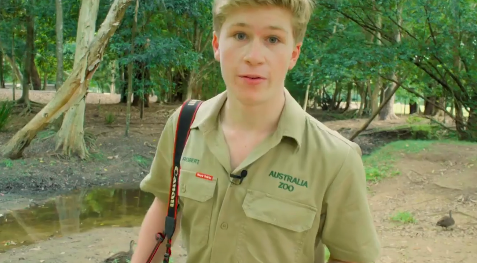 "It's very rare and I'm going to see if I can document it for the first time. This is a high stakes mission. Let's see if we can find this," he says as tense music plays in the background.

In his hand, he's holding a very high-tech looking camera. 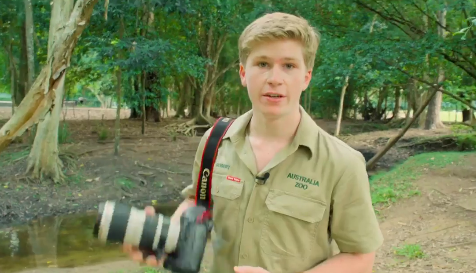 In addition to graduating from school at 15, Robert is a talented wildlife photographer.

His Instagram page is even titled @robertirwinphotography since he often shoots stunning images of animals.

In the next clip, Robert is seen wandering through the wilderness. 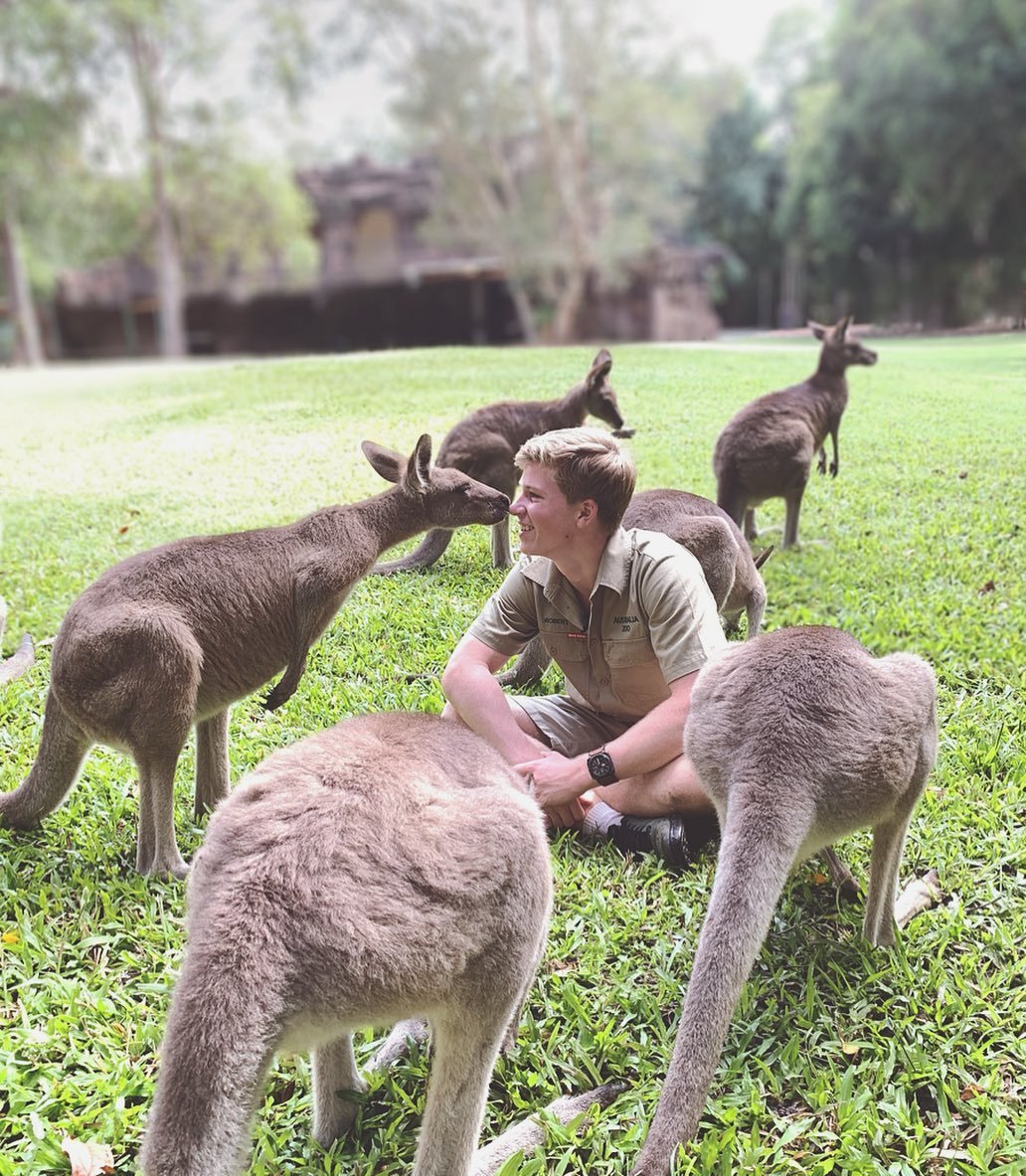 "It's harder to find than I thought," he says, looking stressed.

But then suddenly, things change.

"Oh, there it is! There it is!" he says as he tells the cameraman to follow him. 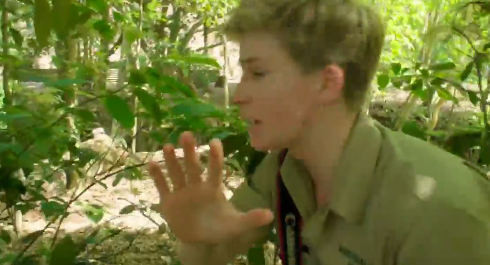 "Stay down," he tells the cameraman. This is a high stakes mission, after all.

"Straight through there," he says as the camera zooms in on the "endangered species."

"It's a healthy one, too," he hilariously adds. 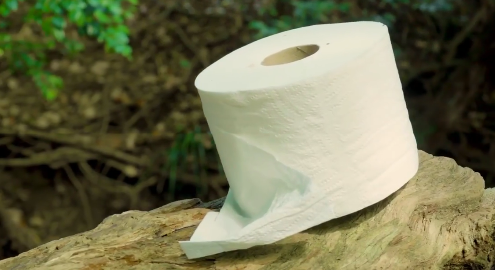 "That's amazing, I've got to get a shot of this. It's in perfect condition."

If you thought that was amazing, you won't believe what else he found!

Yes, it's hand sanitizer. "It's even more endangered," he says. "I never thought I'd see one of those." 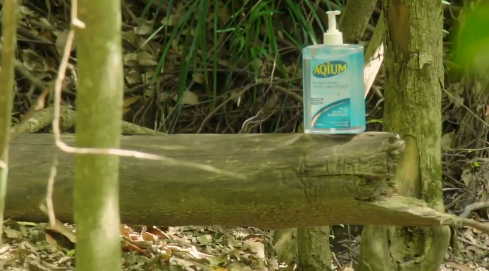 At the end, of course, he says "April Fools" to the camera.

But before signing off, he offers some smart advice: "wash your hands, people."

The hilarious video was a huge hit with fans. It allowed them see how Robert's become exactly like his old man. 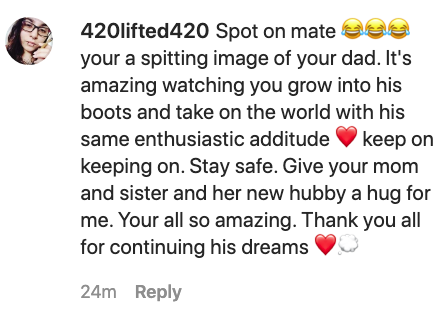 You can check out the amazing video here!