As Modern Family sadly comes to an end, Ty Burrell is looking forward to having a fresh start.

In a recent interview with Stephen Colbert, he revealed that there is one thing he definitely won't miss about playing Phil Dunphy.

After 11 wonderful seasons of "Modern Family", the cast has finally said their emotional goodbyes, and are looking forward to the next chapters of their careers.

Several members of the cast each took to social media to announce their farewells.

However, it turns out it may be easier to say goodbye for some than for others...

Sarah Hyland shared a series of photos with Ariel Winter and Nolan Gould, after celebrating the show's wrap party.

"I love these people with all my heart. 11 years together is proof you and your tv sister will start wearing the same outfit, siblings for life will be made, and you’ll forever fight over the same professor 😂 We’ll always be Dunphys and we’ll always have each other ❤️".

Ariel Winter shared this photo outside of Alex Dunphy's trailer: 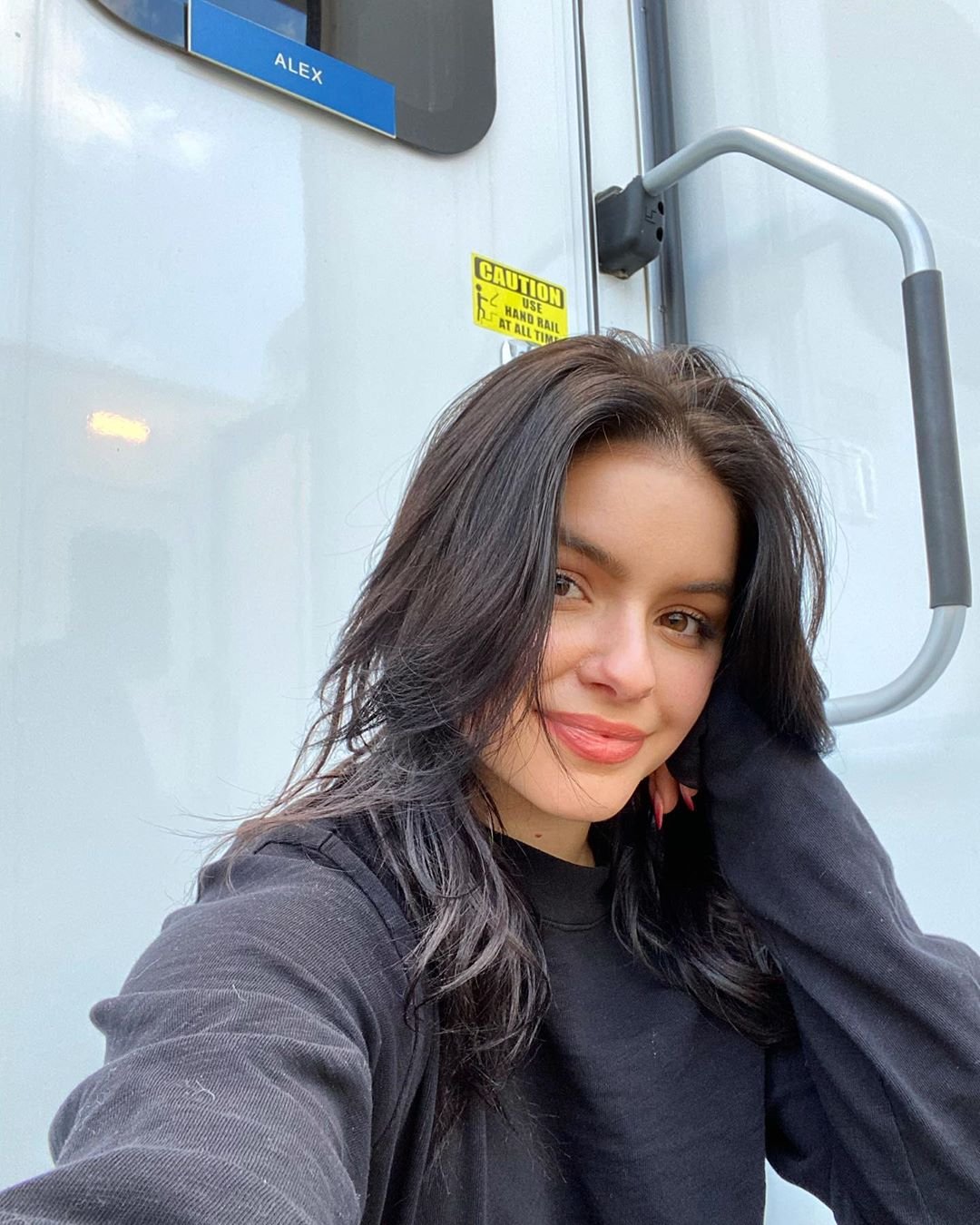 "In just a few hours we will series wrap on @abcmodernfam, and along with everything else, I will be saying goodbye to the trailer I have had for almost a decade. Goodbye trailer! Goodbye Alex plaque! 😢 #modernfamily #memories #family #farewell," she captioned the post.

"Our last table read😪 sad because its ending but so gratefull and happy to have been able to be part of this family. It has being More than I ever dreamed of or deserved❤️ Gracias my Modern Family🍾🍾🍾 #11years," she captioned this series of photos.

She also posted this group shot of the entire main cast.

"I will never forget this set, this people ,there where only good times. Thank you Moden Family❤️❤️ Thank you Gloria Pritchett🎬," she wrote. 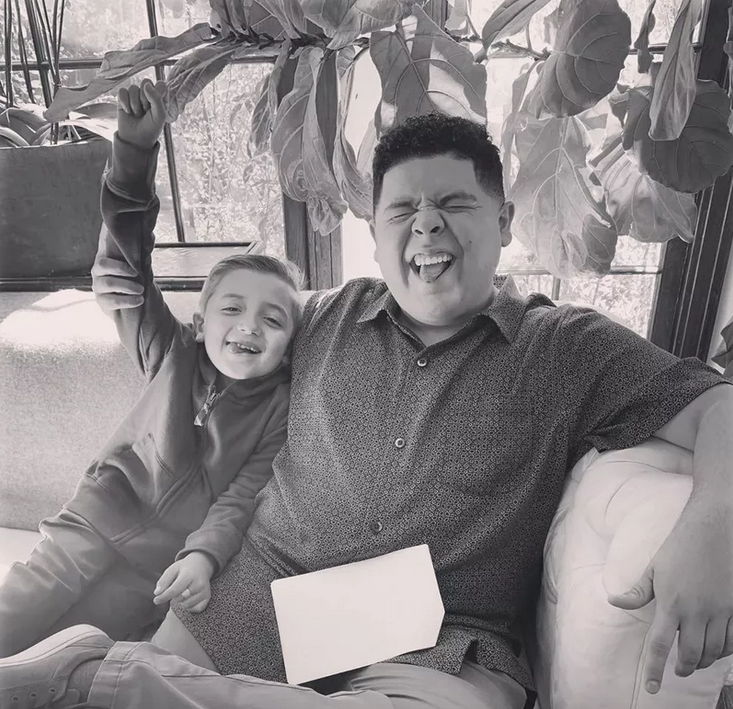 "It has been a huge honor being this guys little bro! I love him more than words. I get to do it one more week and the emotions of good bye to this show are so real," he wrote.

Anyway, in a recent interview on “The Late Show With Stephen Colbert”, Ty Burrell admitted that while it's hard to say goodbye after 11 years, there is something he's NOT going to miss about playing Phil Dunphy.

It may surprise you!

"How hard is it gonna be for you to let Phil Dunphy go?," Stephen asked. 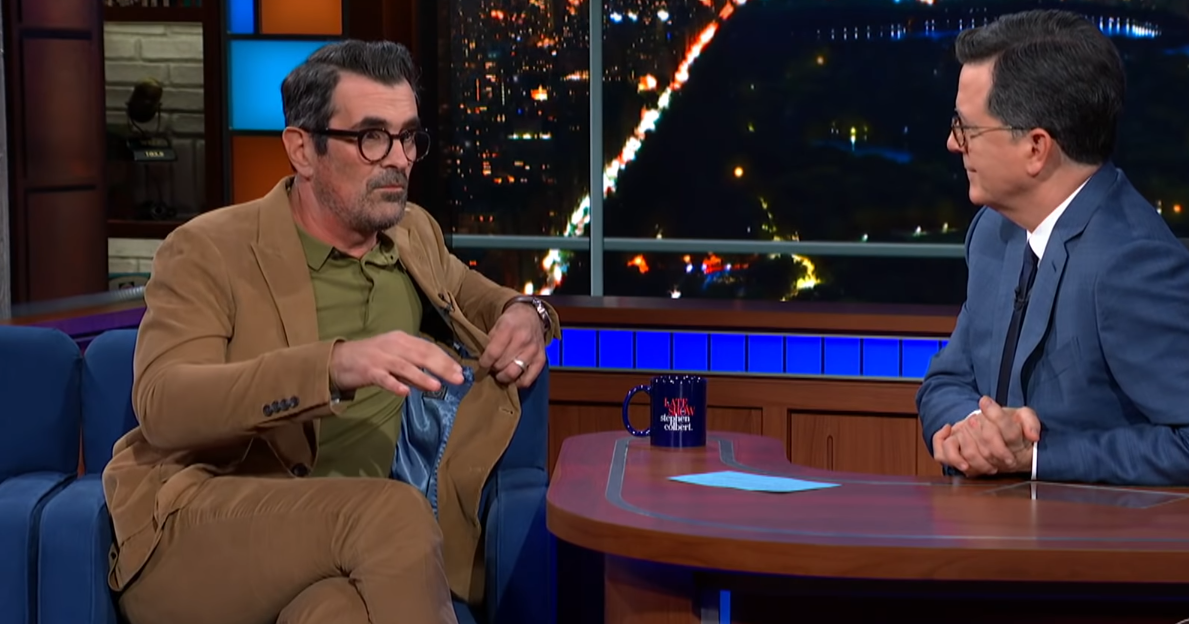 "Well, a lot of it is hard because it's about the relationships," he began. "You see each other every day."

"But the parts that I won't miss so much, maybe about the way people sort of assume that you are the character," he said. 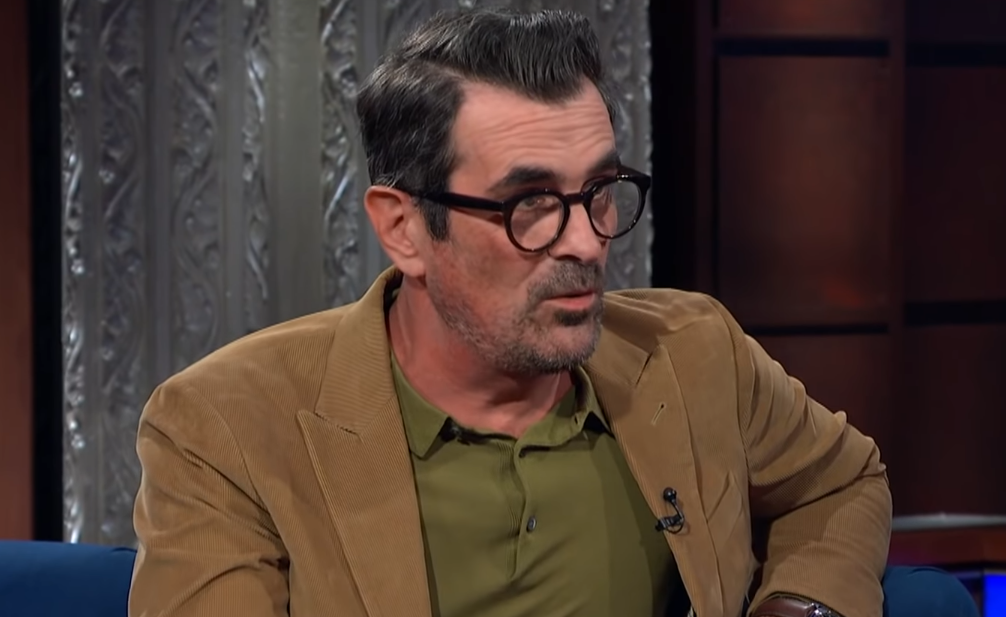 He explained that it has been difficult not to take his work home with him — so to speak.

“I’ve been lucky enough to do a ton of physical comedy over the last 11 years," he said. 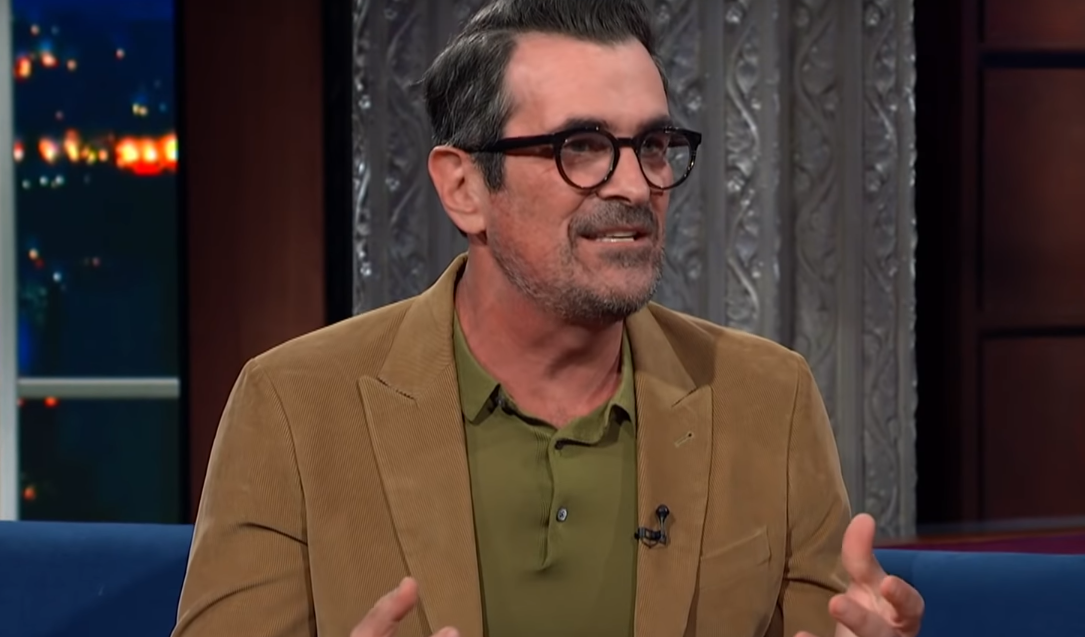 "And I genuinely love it," he added.

"But this kind of curious thing has happened over that time". 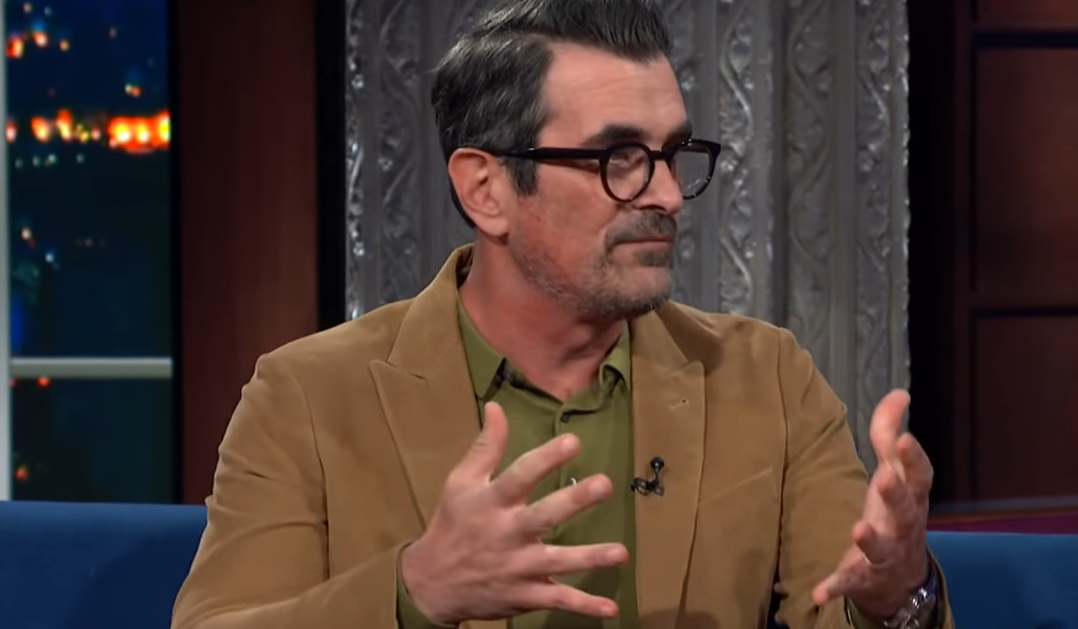 “I’m actually a clumsy person… and well, season five maybe, I would trip on a curb," he said. 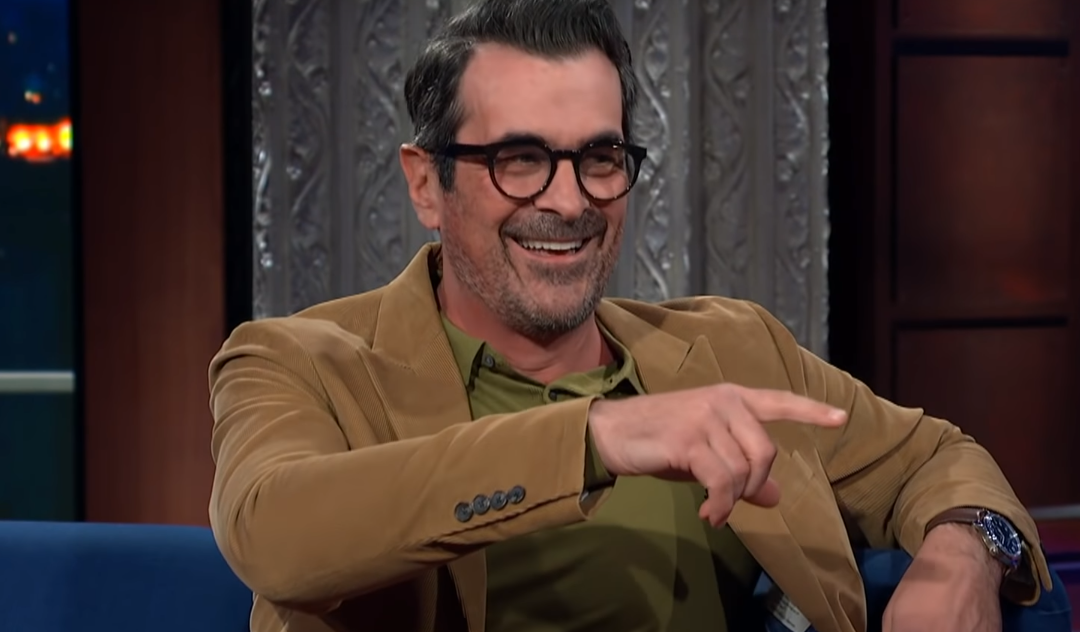 "Or I’d take even more of a stumble and people would be like, ‘Yeah, that guy!’”

"And this is a true story," he said. "On Friday night of this past weekend — just three days ago, I was out with my family for dinner". 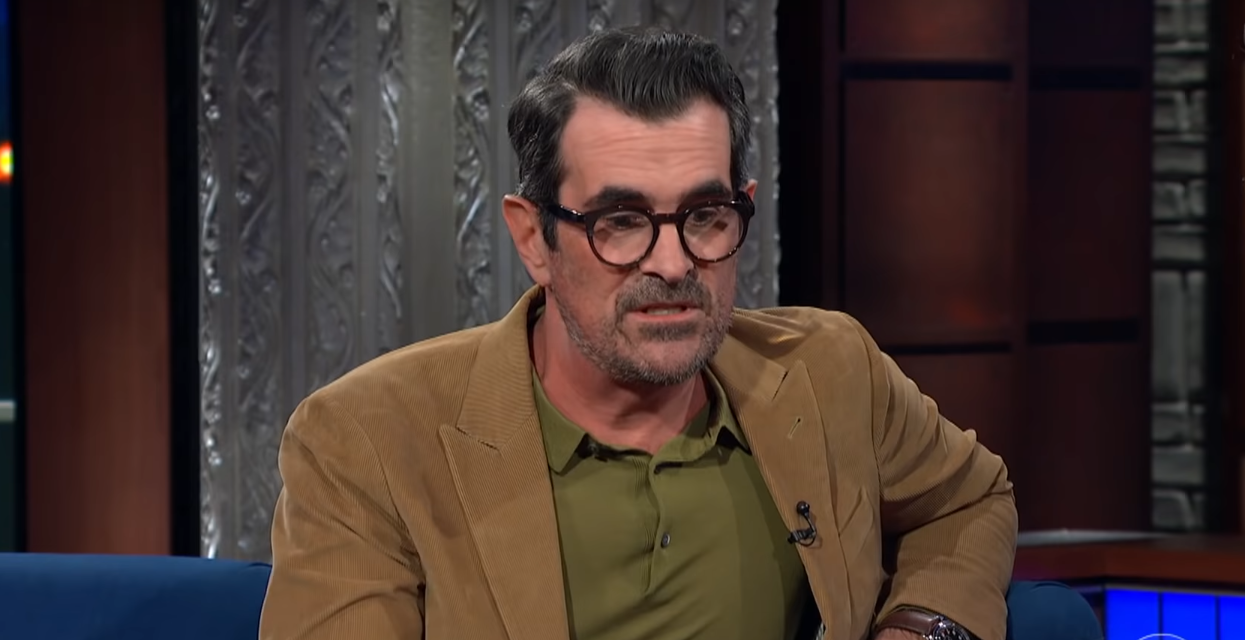 "Playing tag on the way home with my daughters on the sidewalk, I trip on a metal grate. at full speed."

"And I took a hard fall," he continued. "I look up, and my own family is looking at me like, 'Daddy just loves attention.'" 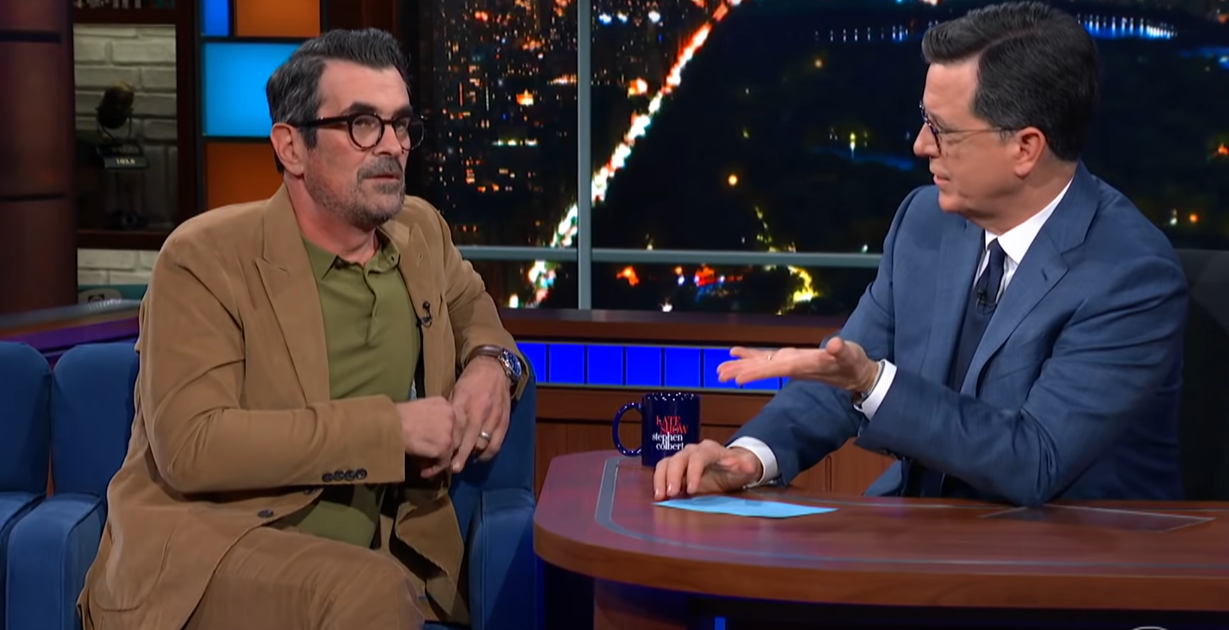 Now that the final episode of "Modern Family" is fast approaching, Hopefully, Ty Burrell will be able to trip and fall in public in peace!

Let us know what you think of his latest interview on The Late Show With Stephen Colbert in the comments below!