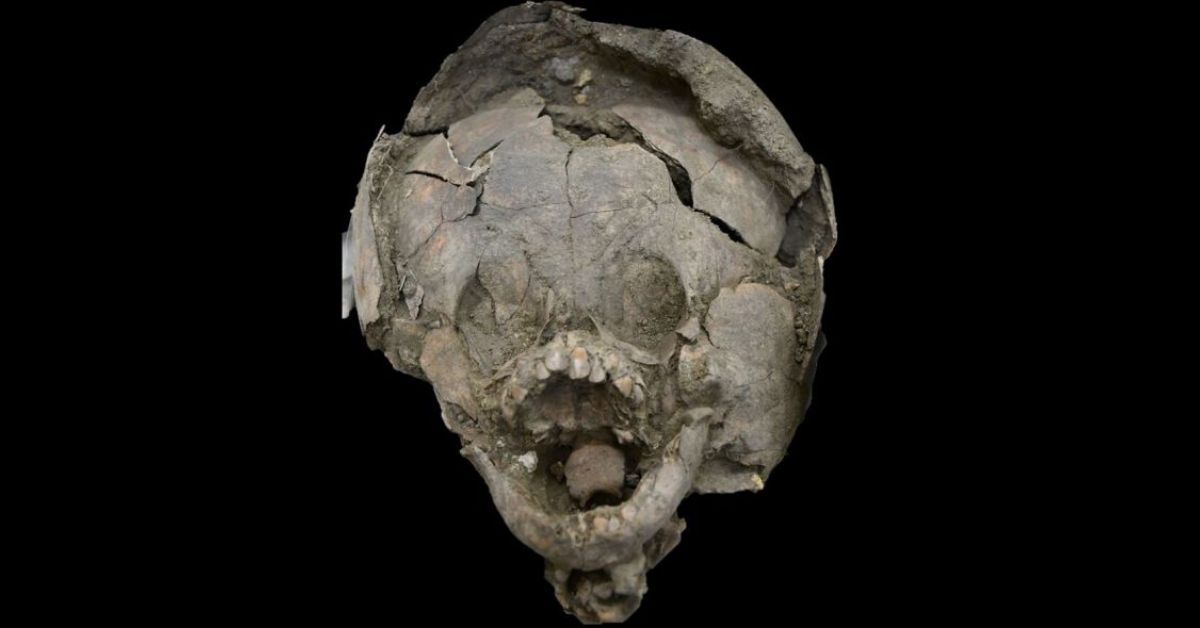 Scientists have been left mystified by a startling discovery in South America after unearthing the remains of two infants, each of which had been buried wearing the skull of an older child like a helmet, Forbes reported. 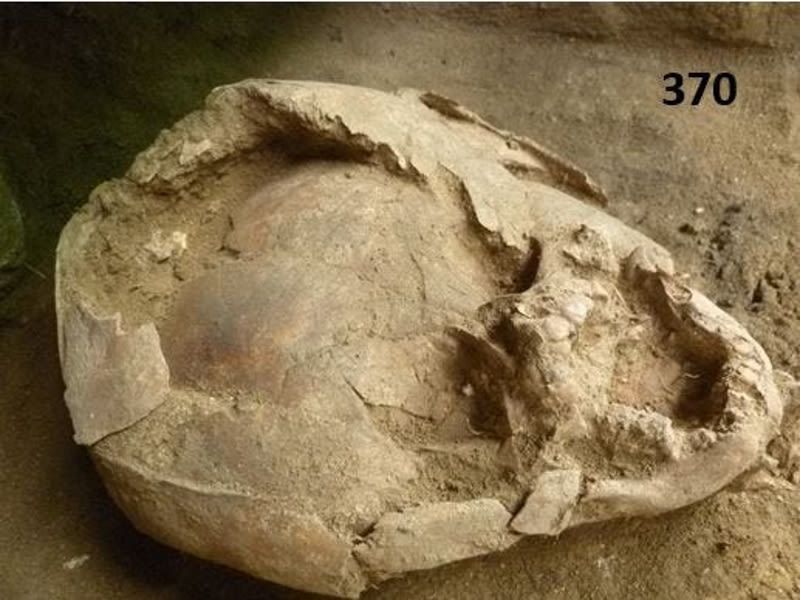 As far as the experts are concerned, this is a first. "We're still pretty shocked by the find," study co-author Sara Juengst told Forbes. "Not only is it unprecedented, there are still so many questions."

What's known is that one of the infants in question died at about 18 months of age, and before burial, the modified skull of a child between the ages of 4 and 12 was placed on the baby's head. The second infant was only 6-9 months old at death, and wore the skull of a child 2-12 years old. All were from the Guangala people native to the area in pre-Columbian South America.

Perhaps even more odd, the "mortuary headgear" adorning the infants still would have had flesh on it at the time. 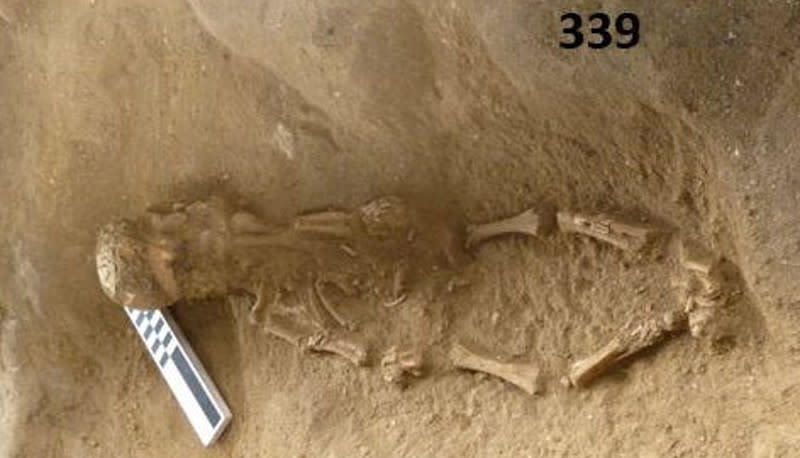 As the study noted, the skulls of children "often do not hold together" if they're just bone. The older infant also had a shell and a finger bone lodged between the two layers of skull.

It's not known exactly how either infant died — although the bones did show signs of anemia — or even what sex they were, but the burial site had been undisturbed prior to the excavation, and neither had degraded beyond what would have been expected.

However, the researchers were left scratching their own heads as to why the infants might have been buried in such a fashion. 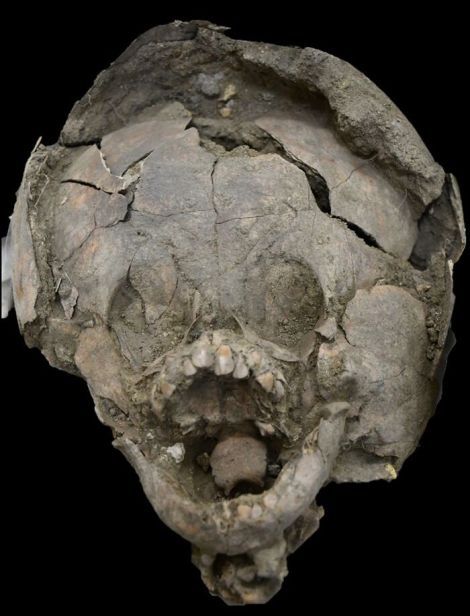 It's not uncommon to see adult skulls manipulated in various ways in the Andes, Juengst told Gizmodo, "but child skulls are less commonly involved."

The researchers have two main theories as to why the infants might have been buried that way in this unique case.

One theory suggests that the helmets were put in place to protect the infants as they navigated the afterlife with their "presocial and wild" souls. 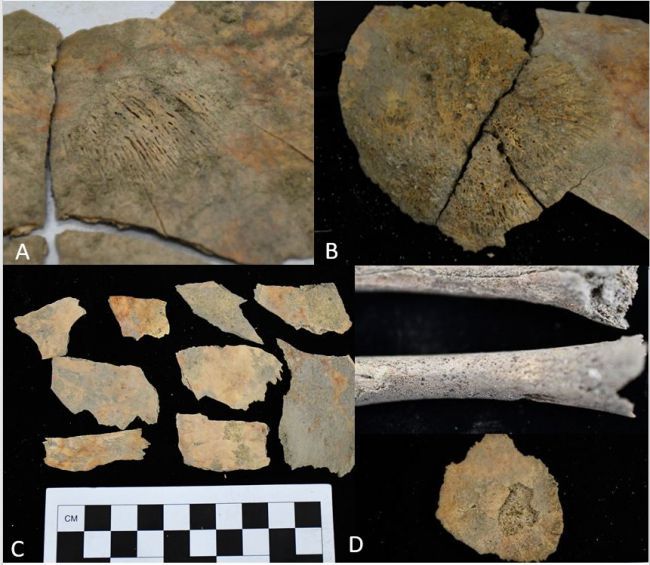 Another theory points to the presence of a layer of volcanic deposits below the burial mounds, suggesting that perhaps the infants were involved in some kind of ritual intended to spare the Guangala from the volcano's wrath.

However, the remains don't show signs of trauma, so it's unlikely that they were sacrificed.

Juengst noted that it's not even clear whether the infants wore the skull helmets when they were alive as well.

She also suggested that they most likely wore the helmets "in reaction to some sort of natural or social disaster and [to ensure] that these infants had extra protection or extra links to ancestors through their burials," according to The Smithsonian.

Whatever the case, Juengst says it's important for modern audiences to keep these rather gruesome findings in context.

"For modern people who are horrified by these findings, I would remind them that our conception of death is based in our modern medical, religious, and philosophical views," she told Gizmodo.

"Guangala people had their own conception of the cosmos and what happens after death, and the significance of human bodies. While we are usually averse to handling dead bodies, there is a lot of precedent around the world of cultures who don't have this aversion."

And she also notes that the death of an infant wouldn't have been any easier for the ancient Guangala than it is for us.

"Dealing with the death of young infants is always emotional, but in this case, it was strangely comforting that those who buried them took extra time and care to do it in a special place, perhaps accompanied by special people, in order to honor them."

The full paper was published in Latin American Antiquity.