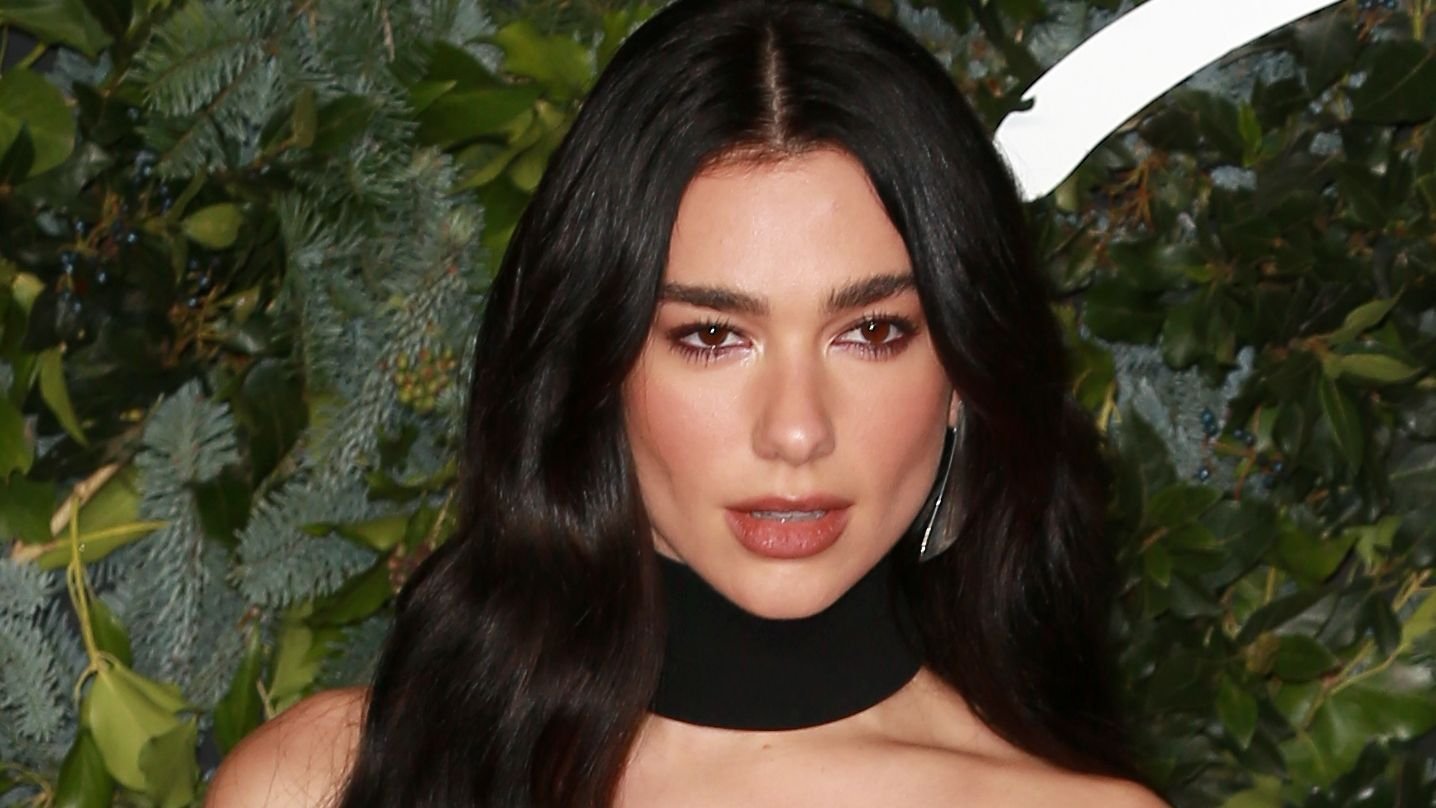 Going bold and daring isn't something new to music sensation Dua Lipa, and it in fact defines a fraction of her fashion choices in the industry. Lipa is sensational, and her sense of style is in perfect tandem. The star's recent fashion lookbook display has her baring her enviable figure in a sultry look that left admirers gushing over her.

The award-winning singer seemed to be all about her beauty hour as she posed indoors for some me-time snaps. Dua Lipa showed fans what she was as she displayed a mirror selfie that came with a top-to-bottom look at her glam choice. Lipa slipped her graceful figure into an all-black two-piece outfit that included a sheer long-sleeve top and ankle-length skirt with a thigh-high slit.

The daring slit climbed up to her inner thigh and Lipa further flaunted her trim legs by thrusting one knee forward. She slightly rested on the other while placing one hand on the angled hip. The One Kiss crooner's top teased the detail of her black underwear as she completed the coordinating look with a pair of dark shades and sensational killer heels.

Lipa was not done showing off the all-black look as she presented another pose showing off the rest of her cloth. The Levitating singer stood outdoors facing the bright sun while baring her back to the camera. She displayed the ripped design of her sheer top that left her creamy skin on display. The 27-year-old's lush black hair was the highlight as it cascaded down her back and shone in the sunlight.

In another of her show-offs, the fashion lover opted for a knit dress that left little to the imagination. The all-pink look included her floor-length knit dress with sparkly details, matching arm-length gloves, and a halter neckline that crisscrossed into a deep plunge. Lipa bared her abs, while her boobs were covered in Patrick Star-shaped nip covers.

A few weeks ago, the New Rules singer made headlines and topped social media discussions after she was spotted hanging out at night with star comedian Trevor Noah. The duo's outing raised fans' curiosity as rumors began to swirl that Lipa and The Daily Show star were an item. The pair walked hand-in-hand and shared cozy moments as they were photographed at different moments. However, following the viral news, neither of them spoke up, debunked, or confirmed the speculations.

However, an insider revealed that they were seeing each other, and were in the early stages of their relationship. The source described Lipa as smitten while noting that Noah was a "total gentleman."

Have The Stars Since Commented On The Dating Rumors?

Weeks after the mainstream stars were spotted hanging out, Noah joined The Hollywood Reporter in an interview where he was asked about the rumored relationship with the disco-pop singer. During the course of his talk, the 38-year-old comedian stylishly side-lined the question, choosing to address the issue of eagle-eyed fans reading extra meanings into things.

He referred to a particular moment he had been photographed hugging a woman and many thought he moved on from his ex, Minka Kelly. According to him, the woman was a friend's wife and the friend was also present.