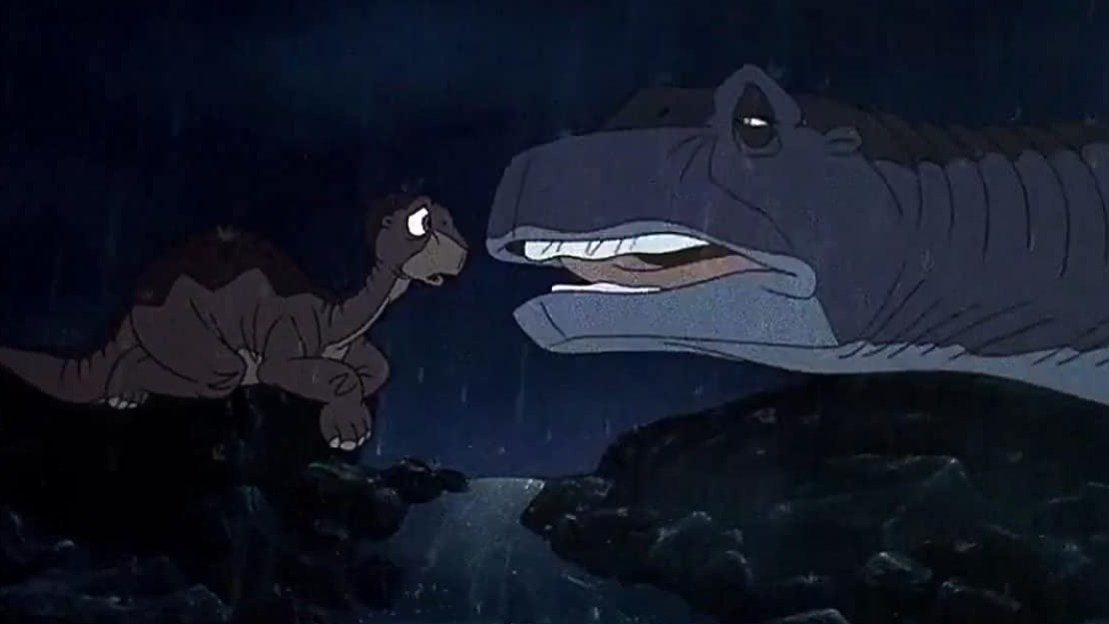 Just because a movie is made for kids doesn't mean that it can't have some moments that are decidedly adult.

Whether it's a risqué joke or a scary scene, kids' movies have been subtly catering to adults for years. A couple of r/AskReddit threads — here and here — asked Redditors about some of the darkest, most traumatic kids' movies out there. 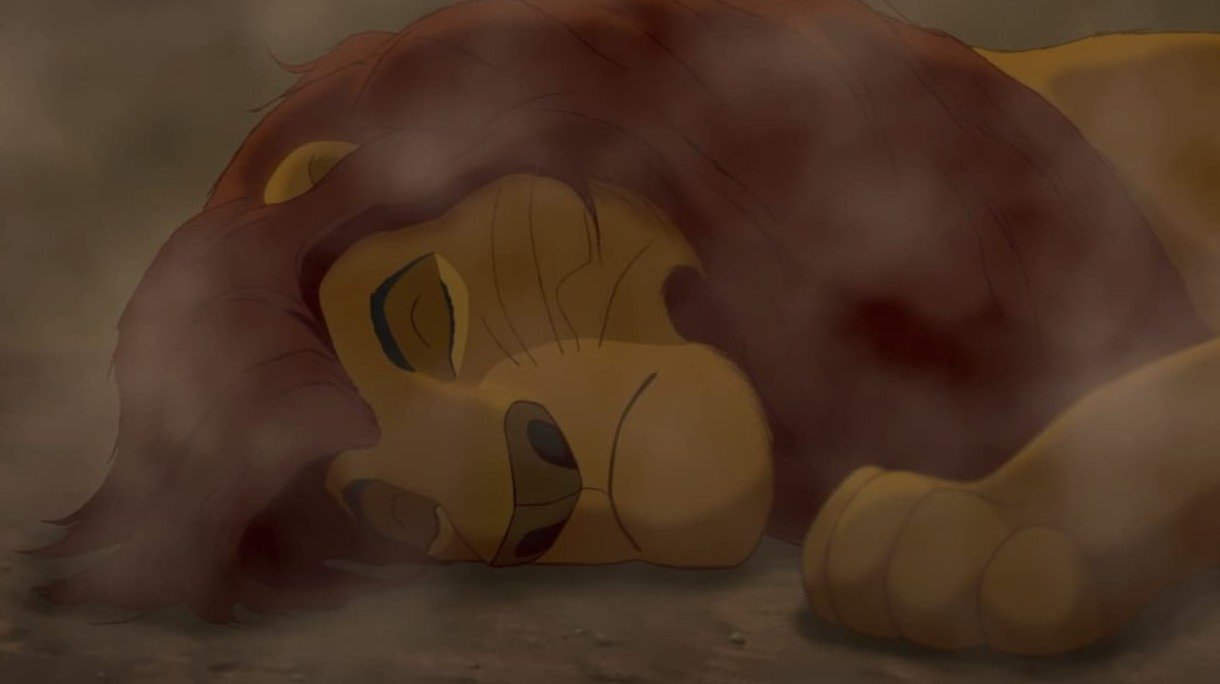 "The Lion King is an incredibly dark movie for being an animated kids Disney movie. It always hurts to watch Scar murder his brother and Simba to have that reaction.

Everyone talks about the beginning of Up making them cry; it's this scene in The Lion King for me." 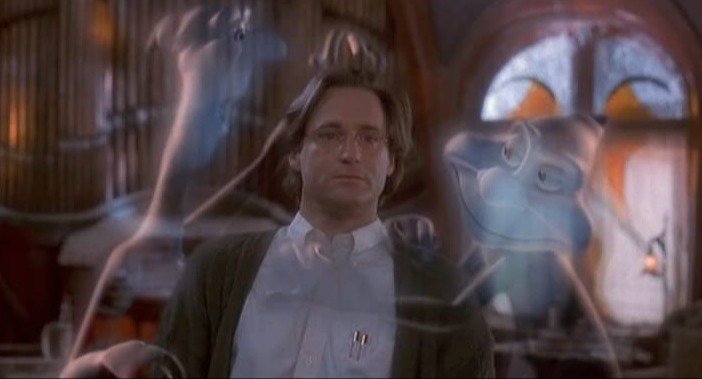 "When the dad looks in the mirror and his face changes into a few well known people (except I was too young to understand who they were) before suddenly changing to this horrible undead-looking thing. I was so terrified by that scene as a child that I've felt vaguely creeped out by mirrors ever since."

'The Hunchback of Notre Dame'

"Pretty much all of the Hunchback of Notre Dame. Don't get me wrong, it's my favorite Disney movie, but it's super messed up."

"What I find most disturbing about that movie is that it's the only Disney movie I can think of in which the villain is driven by lust and shame. That, by itself, is terrifying." 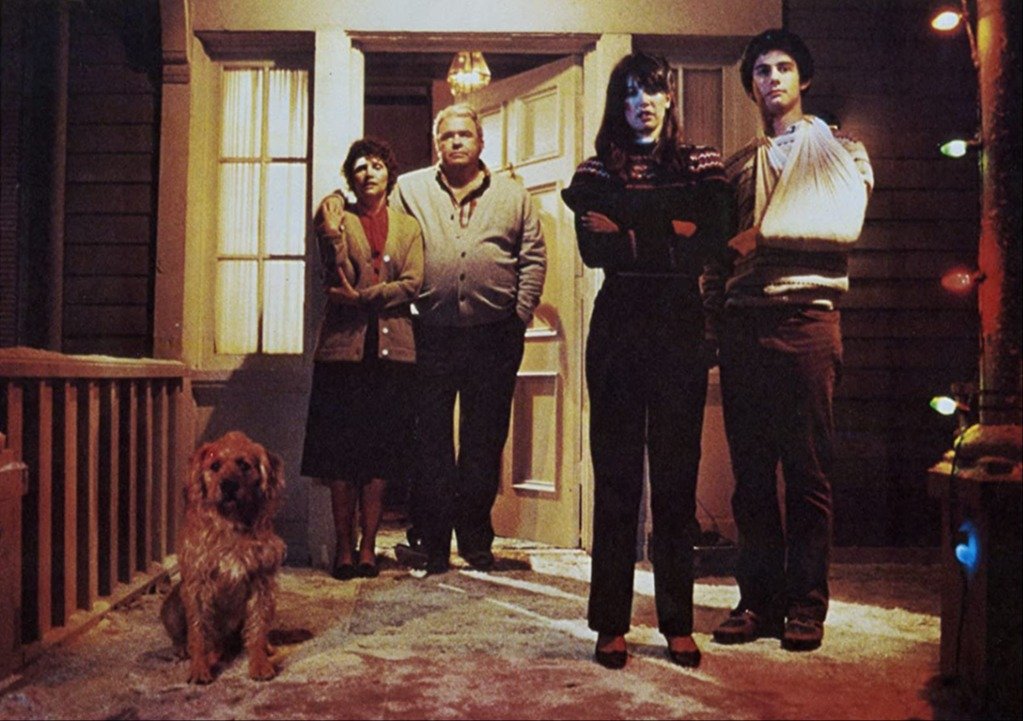 "That film should not have had a G rating."

"Agreed, got me for a good while. Found out a few years back it was supposed to be rated R but they altered a few scenes (like not murdering the Doug when they strung him up) and got a G or PG."

'The Wizard of Oz'

"I was always terrified of the part where the witch locks Dorothy in that room with the hourglass and tells her she'll die when the sand all runs out. How would she die, exactly? Would it be painful, or would she just collapse? And the sand was red like blood, and it was just slowly all draining away. It totally freaked me out." 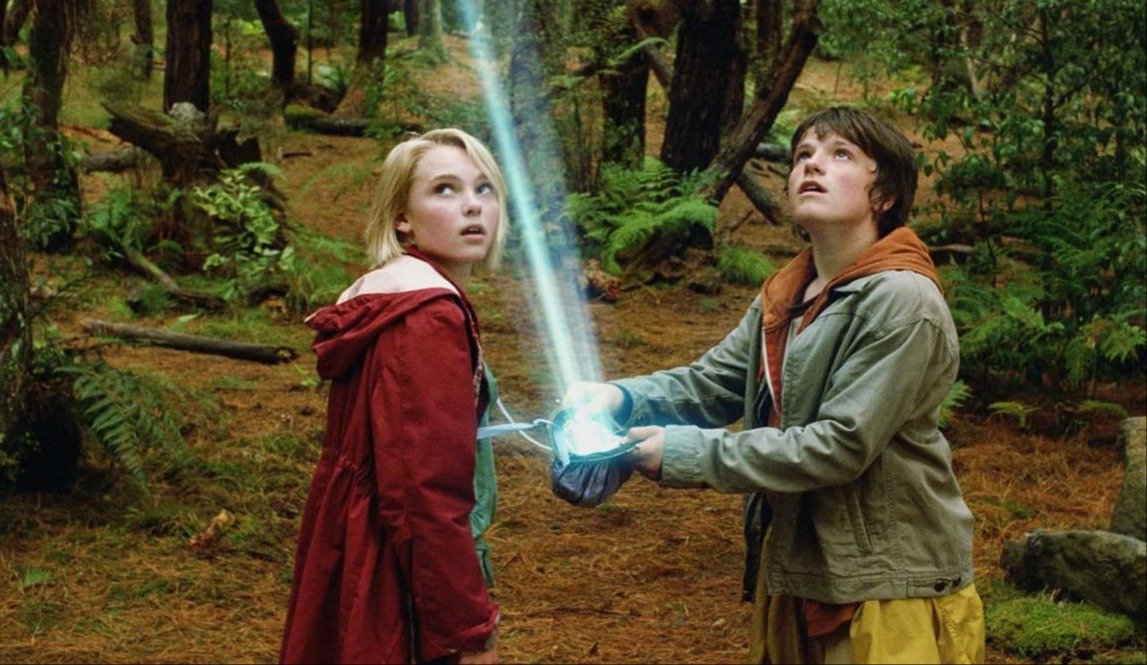 "Without anybody passing away in my family up until I saw that movie, it made me realize the finality of death. Made me terrified of dying."

"I couldn't believe she had actually died. I thought it was a kids movie. I was in the midst of puberty, so my emotions were doing backflips."

"The first time I saw it, I didn't think anything was wrong, but the second time, I realized how creepy it was, so I guess that's when I grew up.

I'm trying to think of a scene that exemplifies its creepiness, But I think it's that each component of the other world is first presented as a happy-go-lucky wonderland, but then the trap is revealed, and everything gets creepy and starts falling apart at the seams (pun very much intended)." 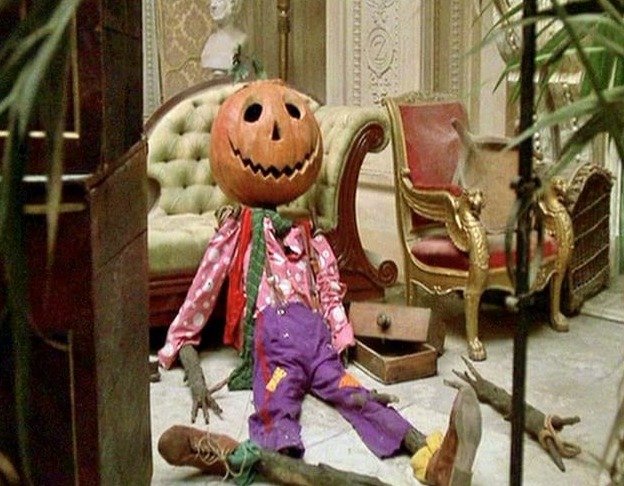 "Everyone mentions the Wheelies in Return to Oz, but no one ever talks about the fact that at the beginning, they were going to give the little girl (Dorothy?) electroshock therapy to get rid of her delusions of Oz. That totally freaked me out."

"The Walrus and the Carpenter from Alice in Wonderland, specifically the Disney version.

I get that the original poem itself was a bit messed up, but actually personifying the oysters that gotten eaten into cute babies made it extra disturbing."

'The Land Before Time'

"Littlefoot's mom dying in The Land Before Time has scarred me for life. 'Do you remember the way to the Great Valley?' Just knife my heart."

"My daughter (she's 6) begged my mom to borrow that movie. We set it up for her in her room. About 15-20 minutes later, she comes down with the movie in hand and hands it to me. 'Take this back to grandma. It's a sad movie.'"

"When Judge Doom was flattened by a steamroller and he then re-inflated himself and his eyes popped out and he started screeching."

"That was rated PG. I believe it was marketed to adults. I'm sure Jessica Rabbit is in the trailer."

'The Secret of NIMH' 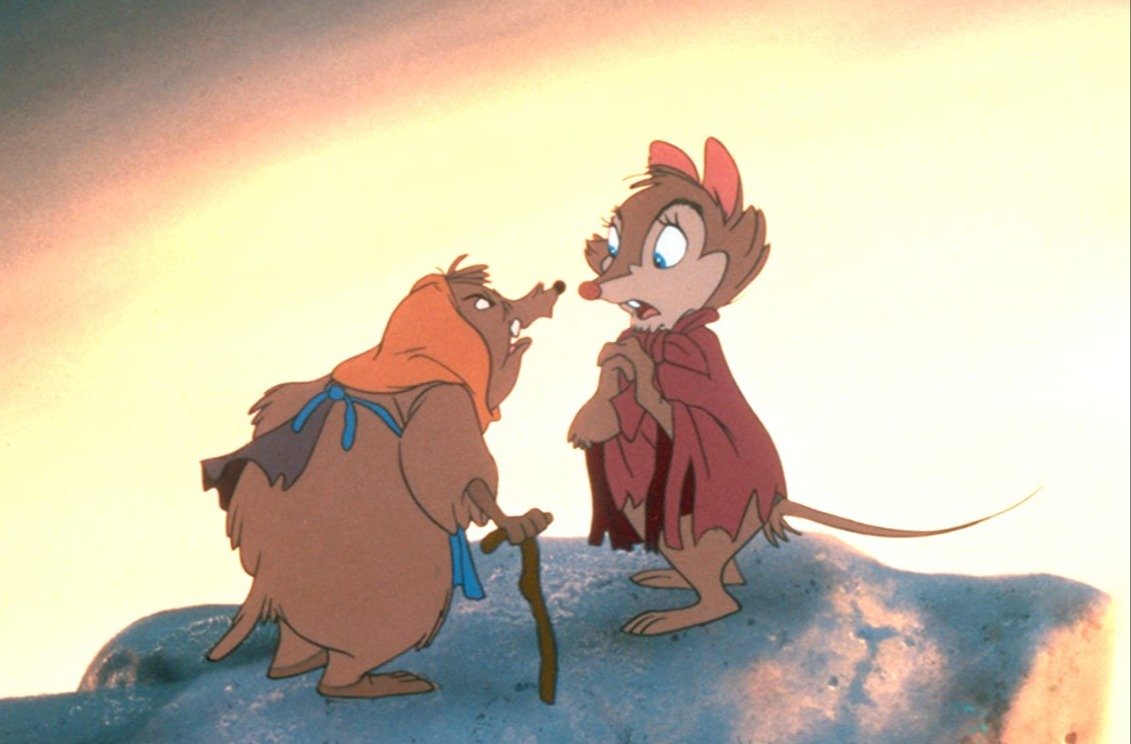 "I absolutely love this movie, and I loved it as a kid too, but there were some seriously creepy moments in that movie. I noticed a lot more stuff that should have scared the bejesus out of me as a kid when I was an adult, but the block sinking in the mud with the little kids inside did scare me as a kid, quite a bit."

"Specifically the scene where the princess holds up the single grain of sand and says that it's all that remains of her planet.

When you're six years old, it's all kinds of heartbreaking."

"So no one is going to mention the exhausted horse giving up in the mud? 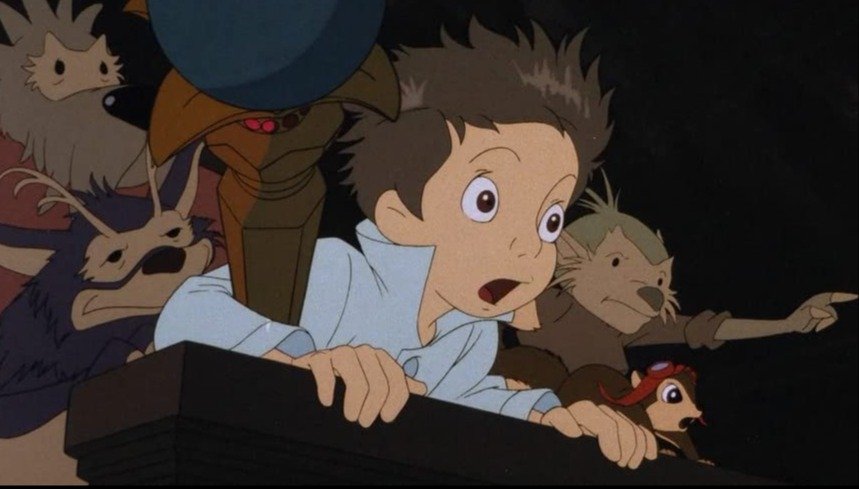 "When he opens the door and the darkness swallows everything. It was so eerie being 4 and watching that."

"For the longest time I thought I was the ONLY living person to remember this movie!!! Everyone I've asked (parents included) don't ever remember it!!! 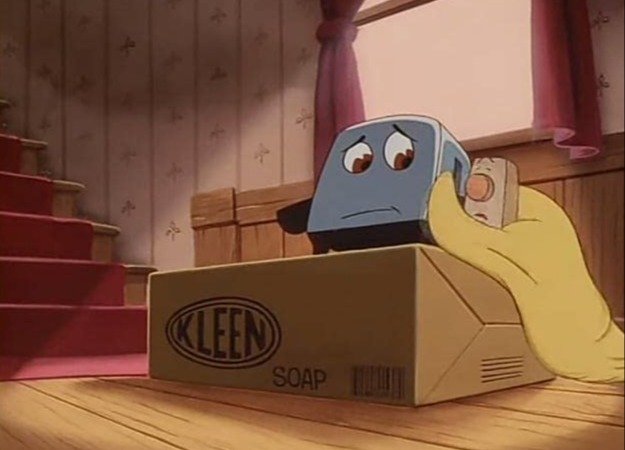 "The whole Brave Little Toaster is scarring. I honestly can't decide whether the air conditioner exploding or the clown nightmare was worse for an 8 year old."

"How about all of the cars in the junkyard getting crushed into cubes right after they sing a song?"

"That scene where buddy gets turned into a donkey is extremely disturbing."

"The bit where Monstro the whale was chasing them all at the end was and still is one of the most intense (and terrifying) moments of any film I have ever watched."

'The Fox and the Hound' 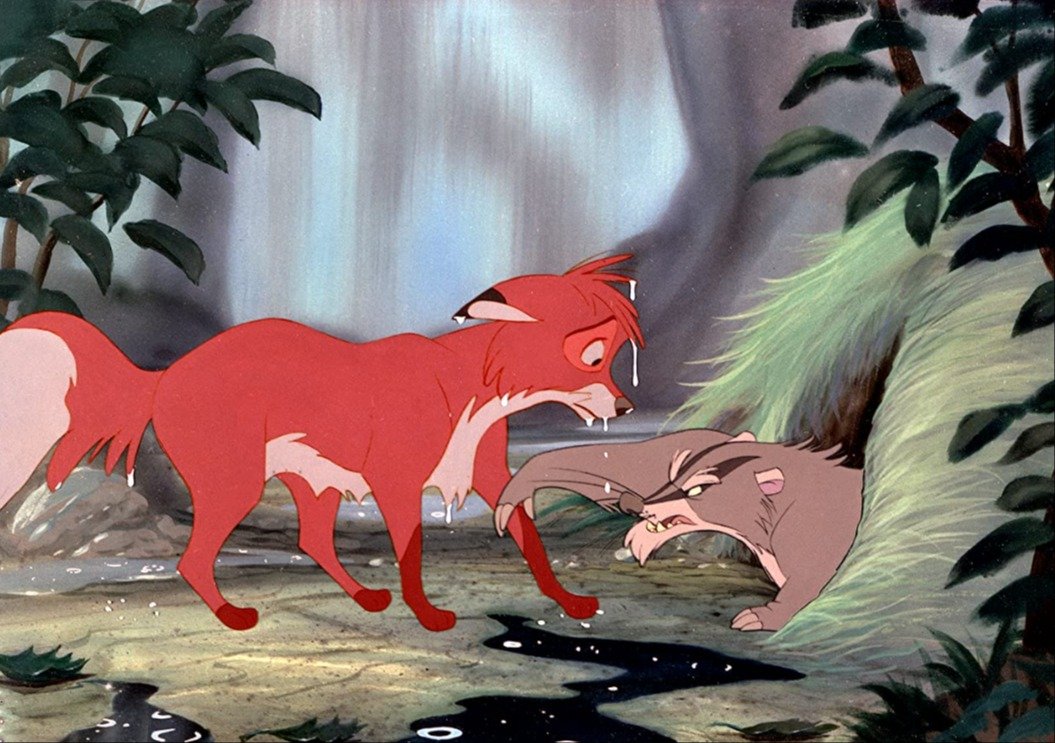 "This movie is one I never liked, simply because of how raw and emotional it was. It always ended up making me feel like crap whenever I watched it."

"The part where the old woman leaves the fox in the forest is brutal."

"This was not actually a scene that frightened me, but as an adult, my dad told me he used to worry about a scene in The Little Mermaid. You know when she rescues Eric from the sinking ship and then her friends bring the statue of him to her secret treasure trove...but then Sebastian tells her dad? The part where he goes ballistic and uses his spear to destroy all of her belongings really bothered my father. He told me just a couple of years ago that he always wondered if that scared me or made me think he might do something similar."

'James and the Giant Peach' 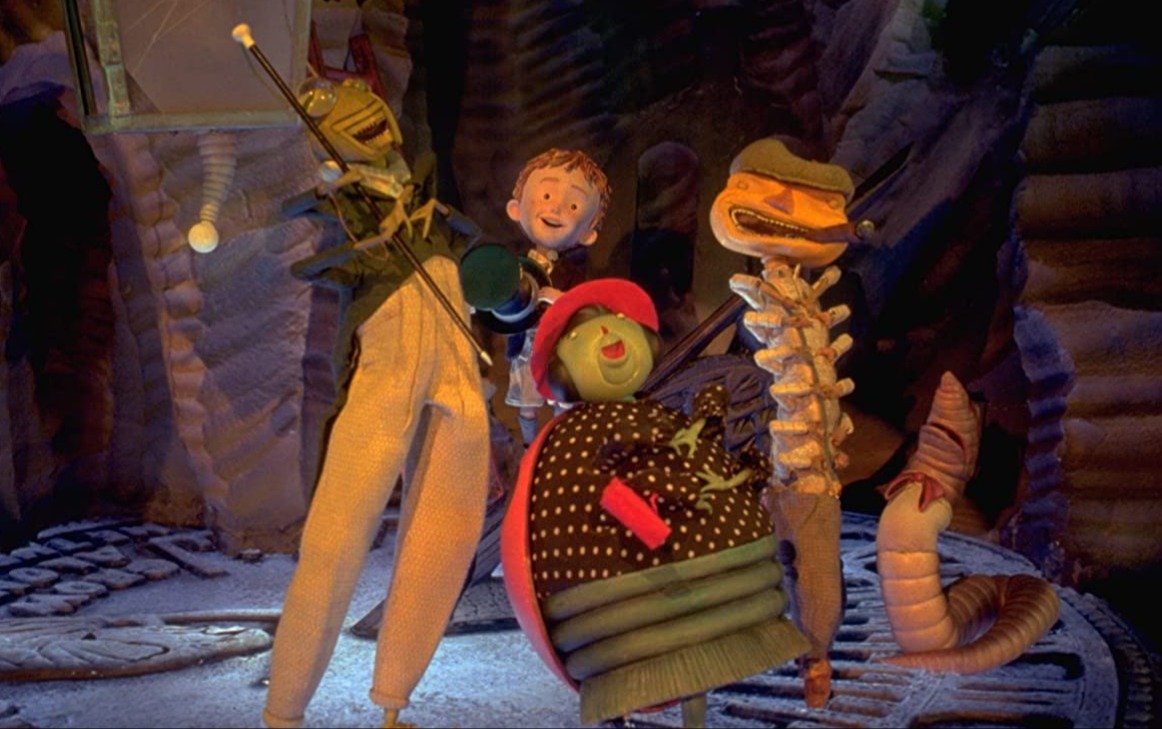 "James and the Giant Peach. That whole scene with the freaky ritual and then the scene with his going into the peach scared me so badly that I had to leave the theater."

"James and the Giant Peach is like an acid trip in the produce section."