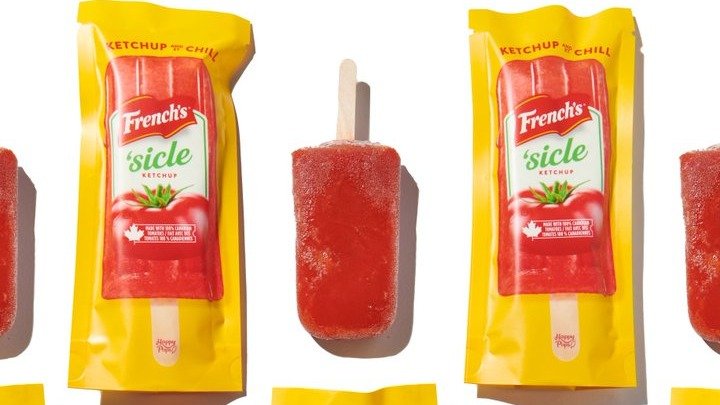 Canadians To Get Condiments For Dessert With Ketchup Popsicles

We've seen all kinds of weird limited-time snack food creations in recent years, from the sublime to the stuff that nobody asked for.

The latest, unveiled by a company best known for its mustard, hits the Canadian market just in time for Canada Day. For a limited time, Canucks will be able to, uh, 'enjoy' a ketchup-flavored popsicle. 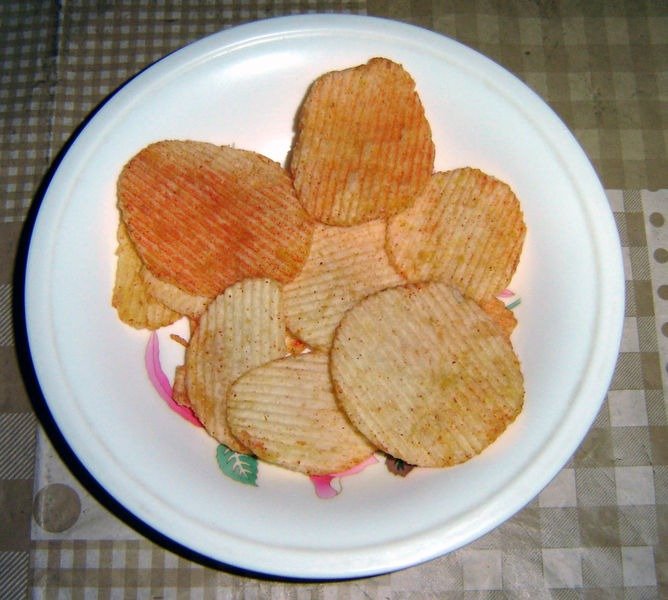 Before we delve into the particulars of this potentially horrifying ice pop, a history lesson is necessary. In Canada, ketchup-flavored potato chips are incredibly popular. These chips can be found stateside as well, but Canadians love their ketchup chips.

French's is on the upswing in Canada. 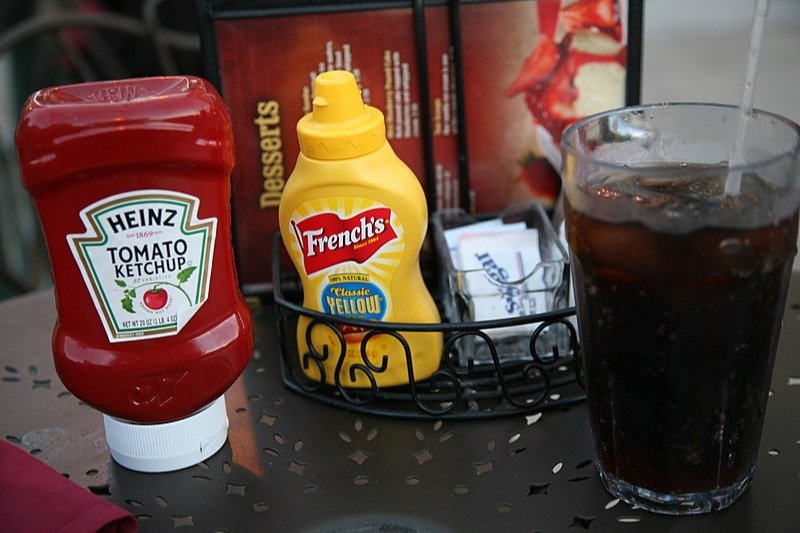 Here's a little more context on the French's-ketchup-Canada connection: many of us know French's, founded in 1904 in Rochester, New York, as a mustard manufacturer.

French's is well-known for its mustard, but it also makes other condiments. A few years back, Heinz — the biggest name in ketchup — angered Canadians after closing a plant in Leamington, Ontario. French's capitalized on this, marketing its Canadian-grown ketchup and taking a substantial share of the Canadian ketchup market.

French's is no stranger to weird condiment-adjacent items. 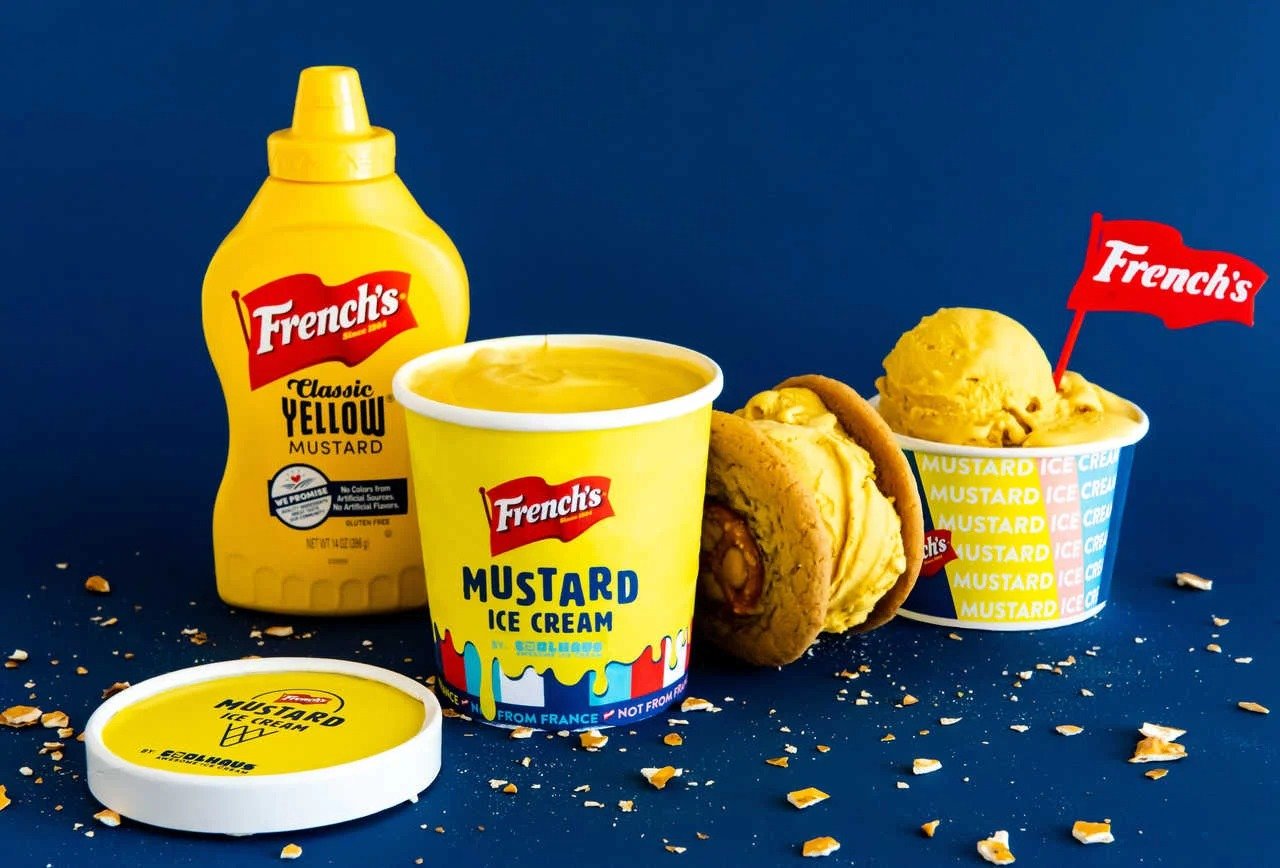 Who could forget that time that French's made straight-up mustard-flavored ice cream for no apparent reason? I certainly haven't. The image of that bright yellow ice cream will be seared into my retinas for the rest of my life.

The name doesn't really roll off the tongue, so feel free to call these 'ketchup popsicles' or 'utter abominations.'

These are a limited time item, ostensibly released to coincide with the start of summer, and are made in collaboration with Happy Pops, a Canadian ice pop company.

Plenty of people were willing to give these a chance. After all, everyone loves ketchup. But by and large, commenters reacted with incredulity. After all, these are sweetened, but also savory, ice pops based on tomato ketchup. It's a bold move for any condiment manufacturer.

They're only available in three cities.

If you must try one of these, book your ticket to Toronto, Vancouver or tiny Leamington (tomato capital of Canada, near the Detroit-Windsor border crossing), because these are only going to be available for about a week.

French's describes it as 'perfectly balanced with a hint of salty sweetness.'

Canadians do love their ketchup.

It's a popular condiment all around the world, but Canadians do seem to have a special affinity for the red sauce. According to the French's press release, 79% of Canadians say they like or love ketchup.

Proceeds will go to a good cause.

French's will support Food Banks Canada as part of their ketchup popsicle initiative. It's a worthy cause, but I'm not sure if it quite makes up for the unforgivable sin of releasing ketchup popsicles on an unsuspecting public.

Would you eat these? 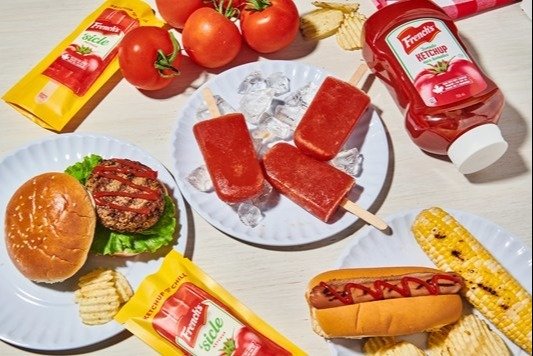 A ketchup popsicle, garnished with some ketchup drizzle: is this the perfect summer refreshment, or an unholy abomination? Let us know your thoughts on the latest weird food to hit the headlines in the comments section.