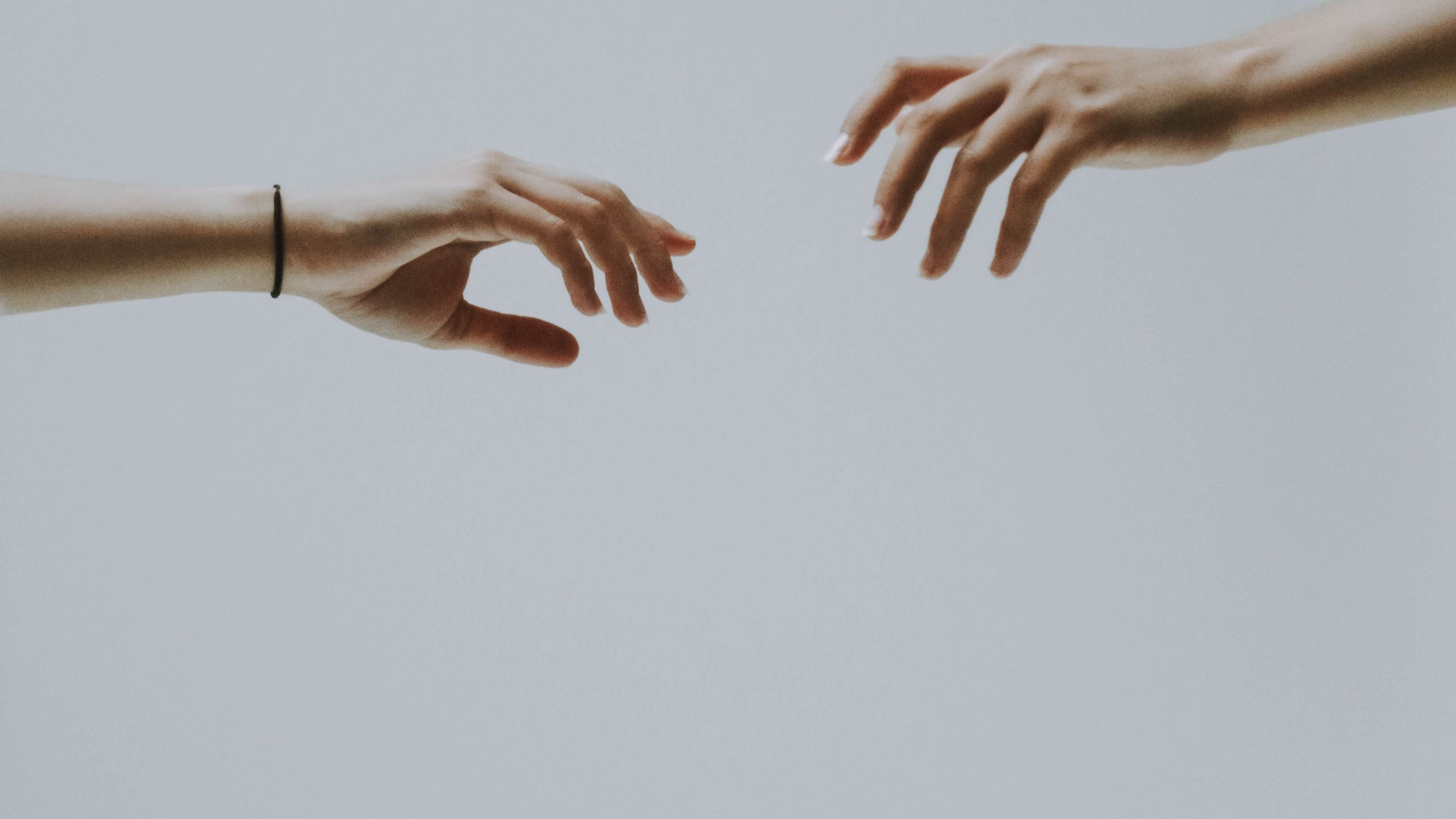 Romantic relationships mean different things to different people, and as candid converstations become more common — people are publicly spilling the tea on their unique love lives. This includes celebrities that aren't afraid to share their non-monogamous relationships with the public eye, even if people don't understand it. Open relationships have been stigmatized as being taboo, doomed and immoral. However, we've compiled as list of 10 celebrities that stand strong in their resolve to have open relationships, and enjoy them too.

The Big Little Lies star explained during an interview with the New York Times that she's been in open relationships before and would be amiable to the possibility of being in one again.

She said, "Listen, I’m someone who has experienced both an open relationship and a deeply monogamous relationship in my life, and I think we’re in a day and age where there should be no rules except for the ones designed by two people in a partnership — or three people, whatever floats your boat! But there has to be a level of responsibility in any relationship dynamic, and that responsibility is simply honesty and communication and trust. Apart from that, it’s really none of our business what people choose to do with their lives." We agree, honesty is def the best policy.

This couple recently celebrated their four-year wedding anniversary, which has always included an open relationship. Tortorella and Meyers are an openly queer polyamorous couple that has been very honest about their beliefs. They've even tackled the idea that polyamory is "cheating," when it's not. Tortorella told Cosmopolitan that, "Cheating inherently is a terrible thing. If you're going behind the other person's back and if there's any type of malice, you're a bad person, end of story." They believe in transparency, and that sounds pretty good to us. 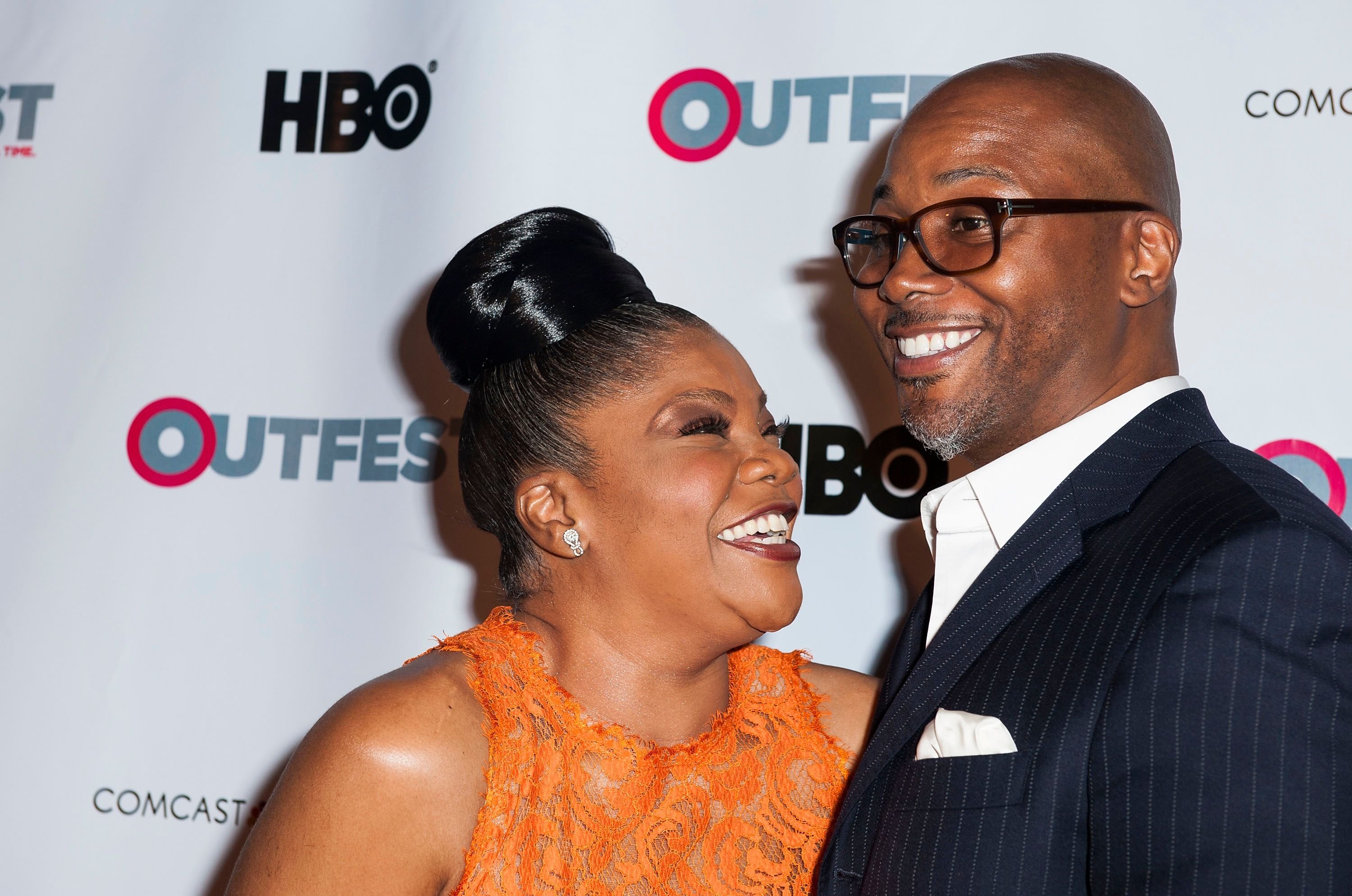 In 2016, Mo'Nique and her husband, actor and producer, Sidney Hicks shared with Essence that they weren't a monogamous couple. In fact, they even started a podcast about their open relationship that same year to answers questions about their marriage and talk about what it means for people to choose various forms of love and commitment. It looks they're all in when it comes to dishing on their relationship.

Singer and daughter of Will Smith and Jada Pinkett Smith, Willow Smith has followed a similar path to her parents and opted for polyamorous relationships. During an episode of Red Table Talk, she explained, "With polyamory, I feel like the main foundation is the freedom to be able to create a relationship style that works for you and not just step into monogamy because that's what everyone around you says is the right thing to do. So I was like, how can I structure the way that I approach relationships with that in mind?" She argues that people don't have to be the same, and it's okay for couples to make their own rules when structuring their relationships. 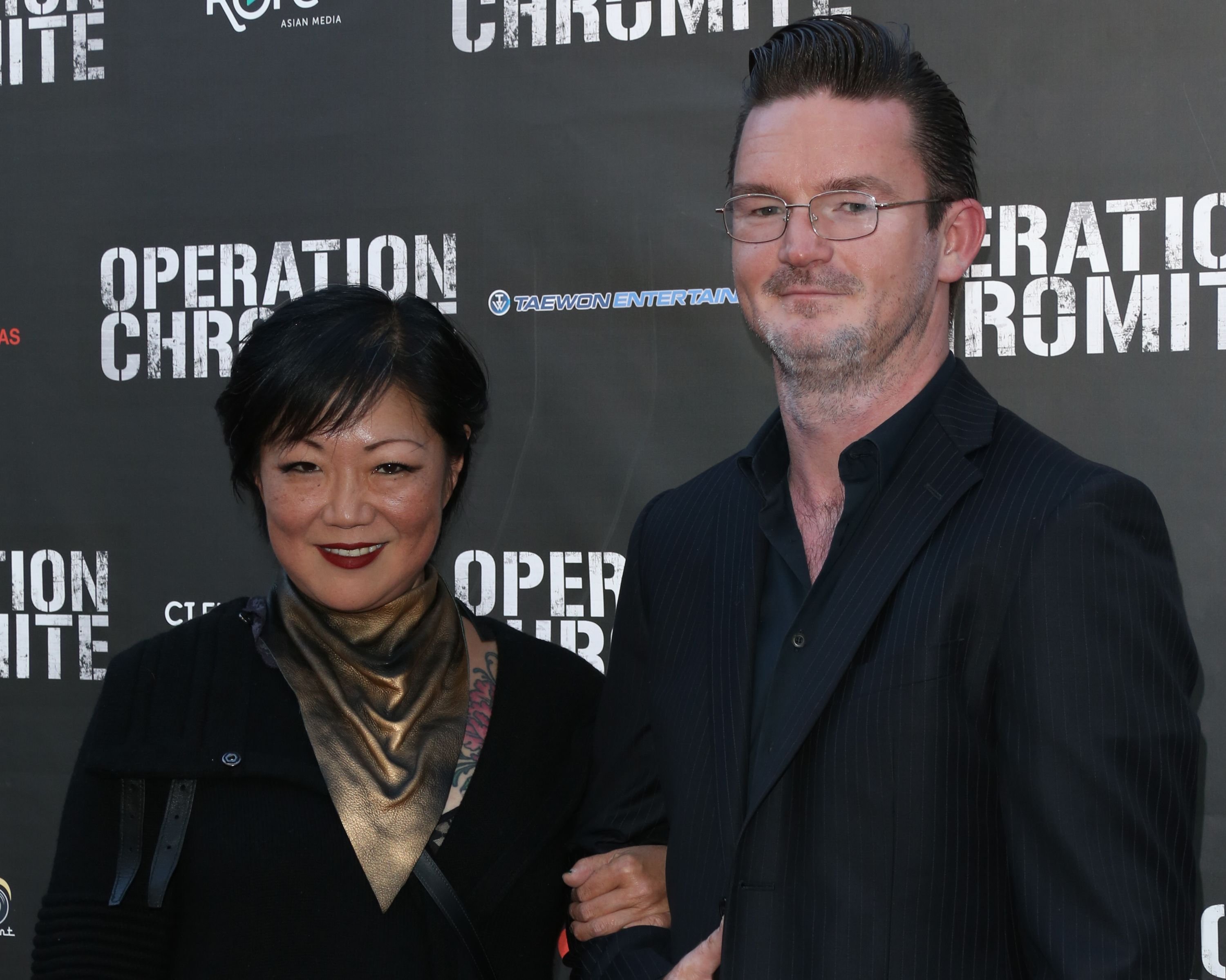 During an interview with The Real, actor and musician, Margaret Cho opened up about her open relationship with husband, Al Ridenour. She explained, "I just don't want to have sex with the same person my whole life. That's just gross. We have a really big house. It's kind of like if we wanna have that, it's like, 'You can stay on your side, or I'll stay on my side.'" It looks like Cho is more than happy to tell it like it is when it comes to her non-traditional marriage, and many of us are eating it up.

In, television host's, Whoopi Goldberg's 2015 book If Somebody Says 'You Complete Me,' Run!, she wrote that "sometimes in a relationship, people can’t always get what they need, and if you have reputable people you can turn to in order to get what you need, I say go for it. It's a whole lot better than being frustrated and angry at the person you love." Whether you agree with Goldberg or not, she's not afraid to voice her relationship philosophy, and put it in writing.

Ethan Hawke is rumored to have cheated on his wife Uma Thurman with their nanny named Ryan Shawhughes — who he eventually married in 2008. Together, he and Shawhughes even had two children. His views on fidelity are well, not exactly positive. He explained in a Huffington Post article that, "People have such a childish view of monogamy and fidelity... 'He's cheated so he's bad, she's cheated so she's bad,' as opposed to a recognition that our species is not monogamous." To say the least, when someone speaks for the entire species, they must mean some serious business. 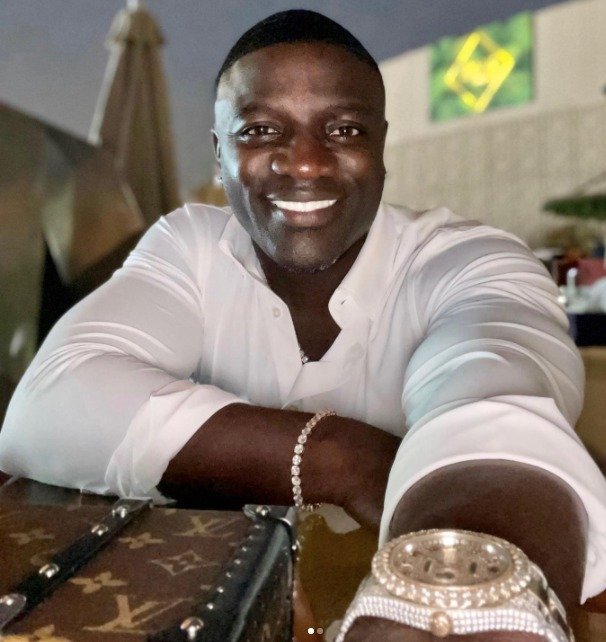 This is one singer that isn't shy about his views on monogamy, and complete aversion to it. He explained to TMZ that he comes from a polygamous Senegalese family and his father had four wives. So, being a regular chip off the block, Akon is looking for a few wives, too. When he was on the Angie Martinez Show in 2006, he said something bold. He said, “I’m a polygamist. I can afford to have as many wives as I can afford to have. All Africans believe in it. My dad has four wives.” Homogenizing all Africans and their belief systems may be a tough idea to sell, but it sounds like Akon is a man who knows what he wants. 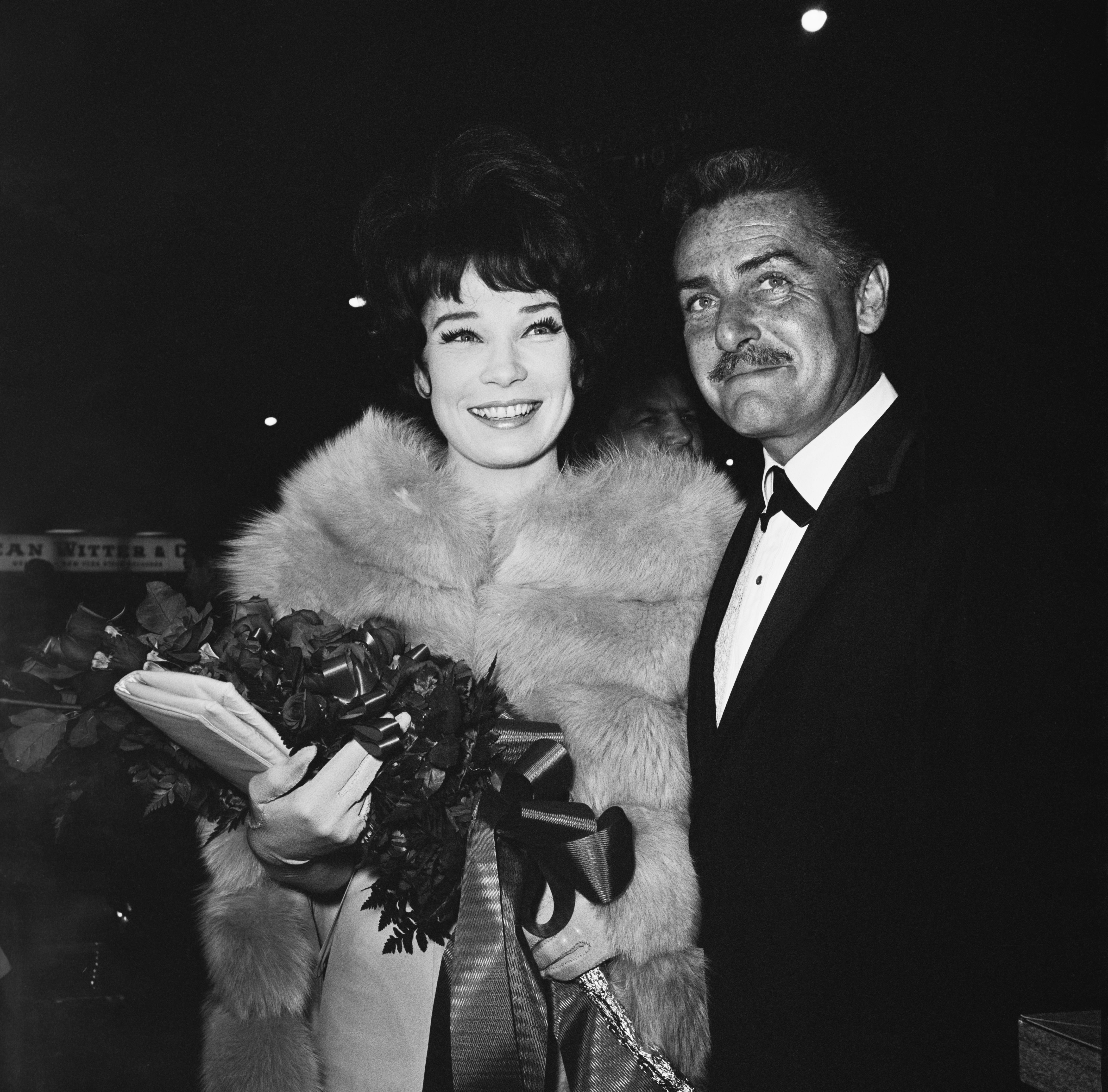 Actor, Shirley MacLaine and Steve Parker's relationship lasted for 28 years after they were married in 1954. In 1982, they divorced, and years later in 2016, MacLaine revealed something shocking to People magazine . Apparently, she and Parker had an open relationship, which was unheard of in the 50s. She shared,"I guess you would say, ‘practiced an open marriage’ in 1954, which was another lifetime. No one understood it, we did. He lived in Japan basically, I lived in America working, and this and that. I think that’s the basis for a long-lasting marriage if you really want to do such a thing." We guess distance and an open marriage worked for them while it lasted.

10. Will Smith and Jada Pinkett Smith

Probably the most popular celebrity couple in an open relationship (especially after "the slap"), Smith and Pinkett Smith, have been very open about their open relationship. Smith shared during an interview with GQ that, “Jada never believed in conventional marriage... Jada had family members that had an unconventional relationship. So she grew up in a way that was very different than how I grew up. There were significant endless discussions about, what is relational perfection? What is the perfect way to interact as a couple? And for the large part of our relationship, monogamy was what we chose, not thinking of monogamy as the only relational perfection."

Their open marriage has been a hot topic for years with countless headlines, speculation and judgement toward both of them after being so public with their open marriage. With that said, they're still together and rocking all the cute selfies.

Let us know what you think in the comments of these celebs in open relationships and if one or more of our picks surprised you.